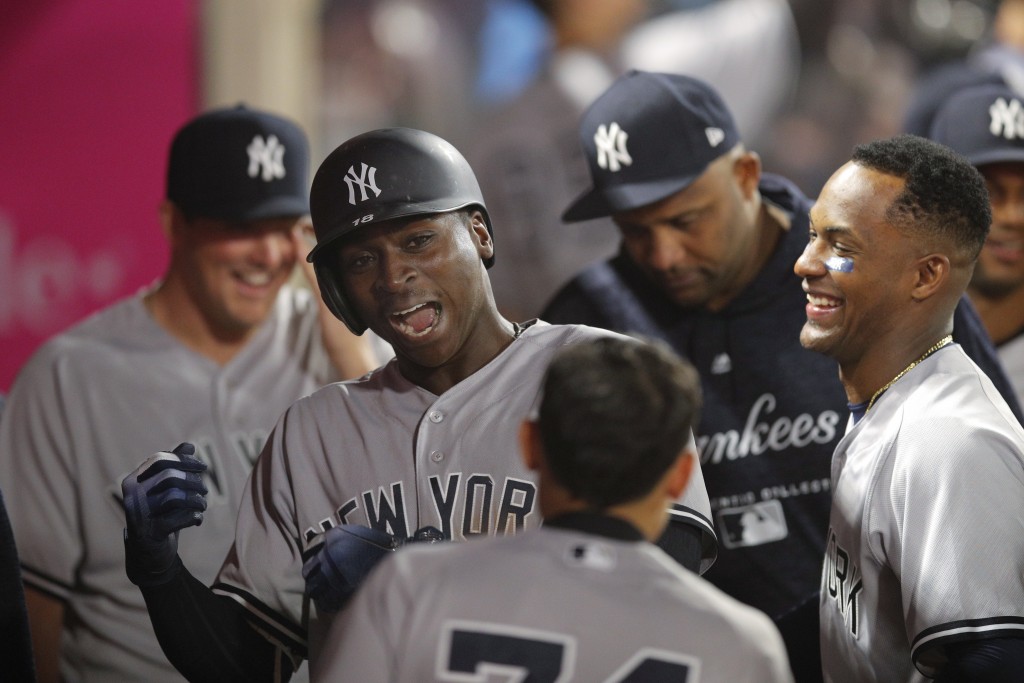 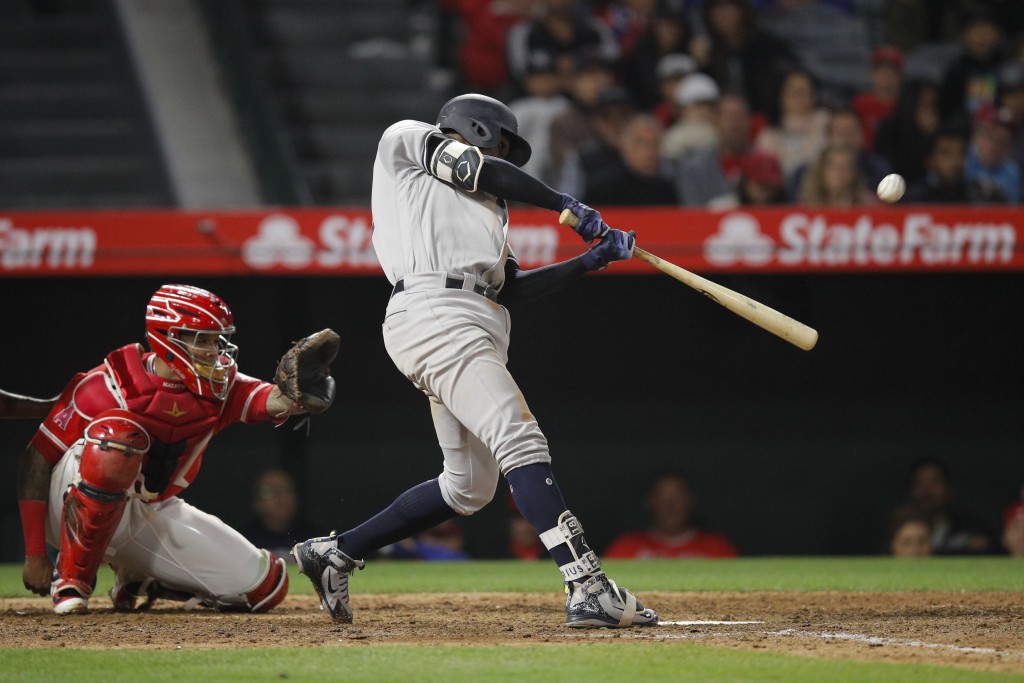 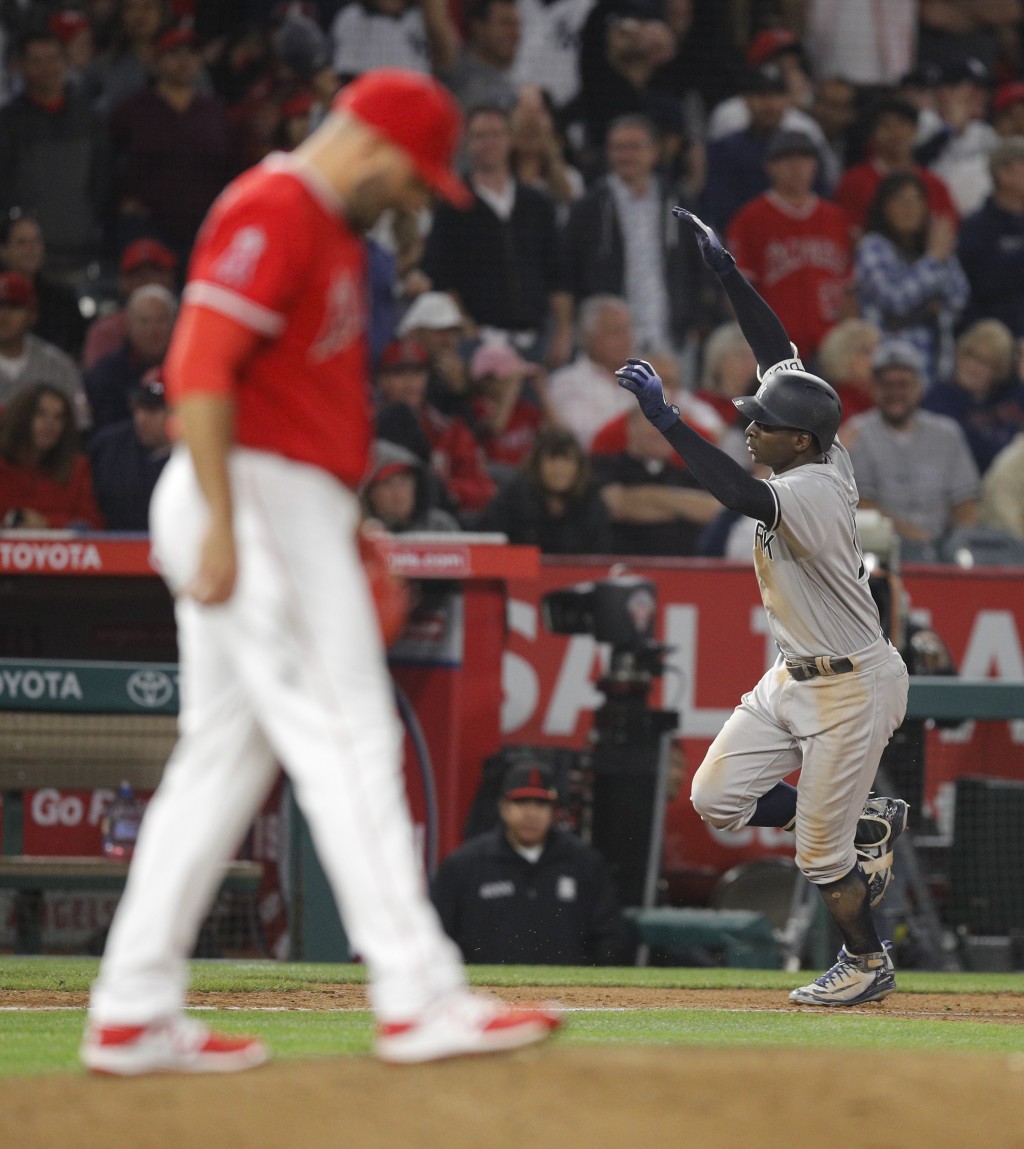 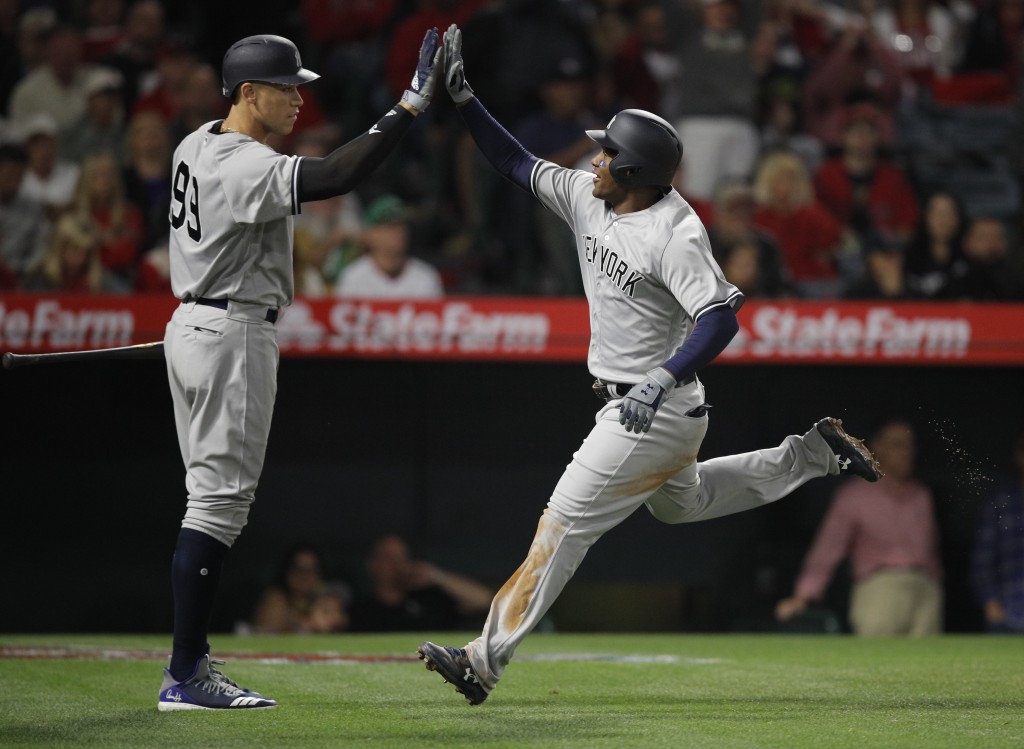 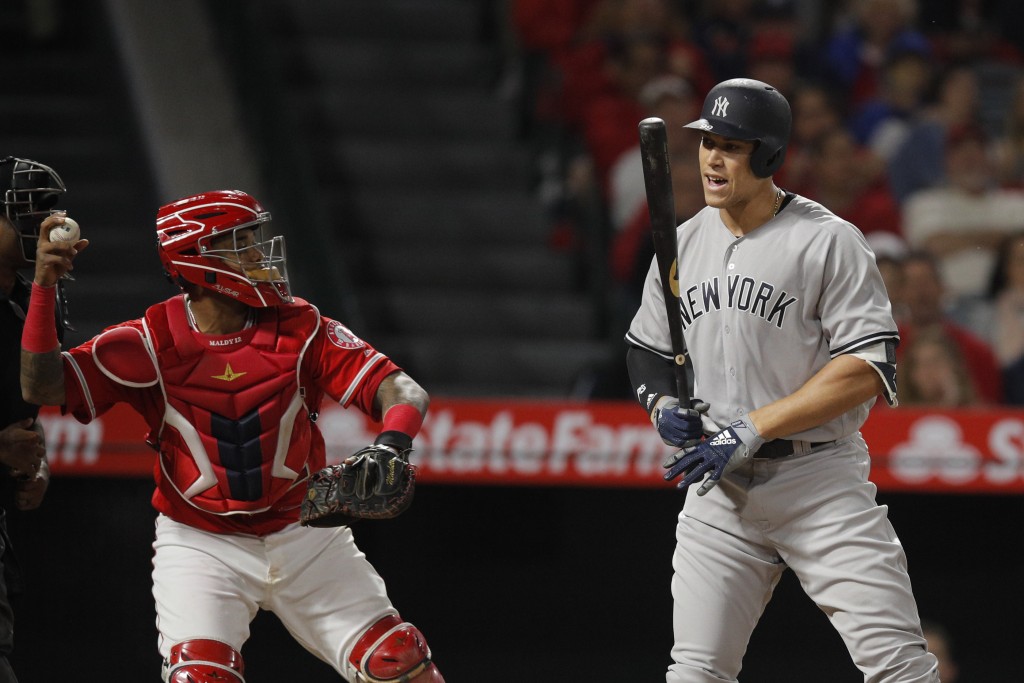 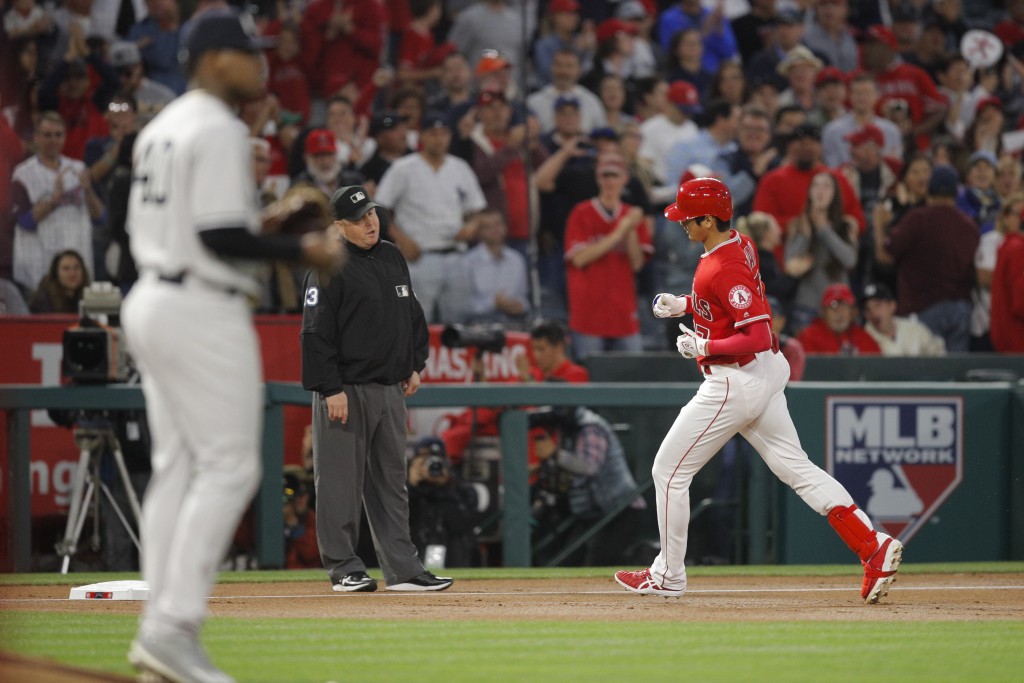 Gregorius hit a fastball from Blake Parker (0-1) out to right, delighting a big contingent of Yankees fans at Angel Stadium. It was Gregorius' 10th homer of the season but just his first on the road, although he still took a curtain call.

Ohtani homered on an inside fastball in the second inning but left after trying to beat out a groundball in the fifth. He awkwardly avoided a possible collision with Yankees first baseman Neil Walker on the play. He's listed as day to day with a mild left ankle sprain.

The Yankees tied it in the ninth when pinch-hitter Brett Gardner scored Gary Sanchez on a bases-loaded sacrifice fly against closer Keynan Middleton.

David Robertson (1-1) pitched the ninth and Aroldis Chapman closed out the 10th for his fifth save.

Andrelton Simmons hit a two-out, two-run triple for the Angels in the seventh for a 3-2 lead. Simmons has seven RBIs over his last three games.

Walker, who had been struggling at the plate, was robbed of a three-run homer by Kole Calhoun in right field in the sixth inning, but his sacrifice fly scored Gregorius for a 2-1 lead before Calhoun doubled up Stanton at second. It was the second defensive gem made by Calhoun. Earlier in the game, he made a diving catch to rob Gleyber Torres of a hit.

Albert Pujols hit a single in the seventh for his 2,995th career hit.

Ohtani homered on a 97 mph fastball from Luis Severino to give the Angels a 1-0 lead. He was the designated hitter and batted fifth in the lineup for the first time this season. Ohtani is not scheduled to make his next start on the mound until Tuesday. The ankle injury could change that.

If Ohtani is in the lineup Saturday, he'll face Japanese right-hander Masahiro Tanaka. The two played against each other in Japan in 2013 when Ohtani was a teenager. Ohtani never had a hit against Tanaka.

Ohtani hit a broken-bat groundout in the fifth inning and partially ran into Walker at first base. Twice, as he was running back to the Angels dugout, he put up his hand to apologize and make sure Walker was OK.

Yankees: INF Brandon Drury (severe migraines) played in his second game on a rehab assignment at Triple-A Scranton/Wilkes-Barre. He was 2 for 3 with one run. There is no set plan yet on when he'll return. ... OF Clint Frazier (concussion symptoms) was 0 for 4 with two strikeouts and drew one walk in his second consecutive rehab game at Class A Tampa.

Angels: RHP Matt Shoemaker (right forearm strain) has been throwing the ball for the last 3-4 days. Shoemaker has been on the disabled list since April 1.

Yankees: Tanaka (3-2, 5.28) allowed one earned run in earning the win in his last start against the Twins.

Angels: RHP Garrett Richards (3-0, 3.46) will make his first start against the Yankees since June 6, 2015. He has allowed two or fewer runs in each of his last four starts.