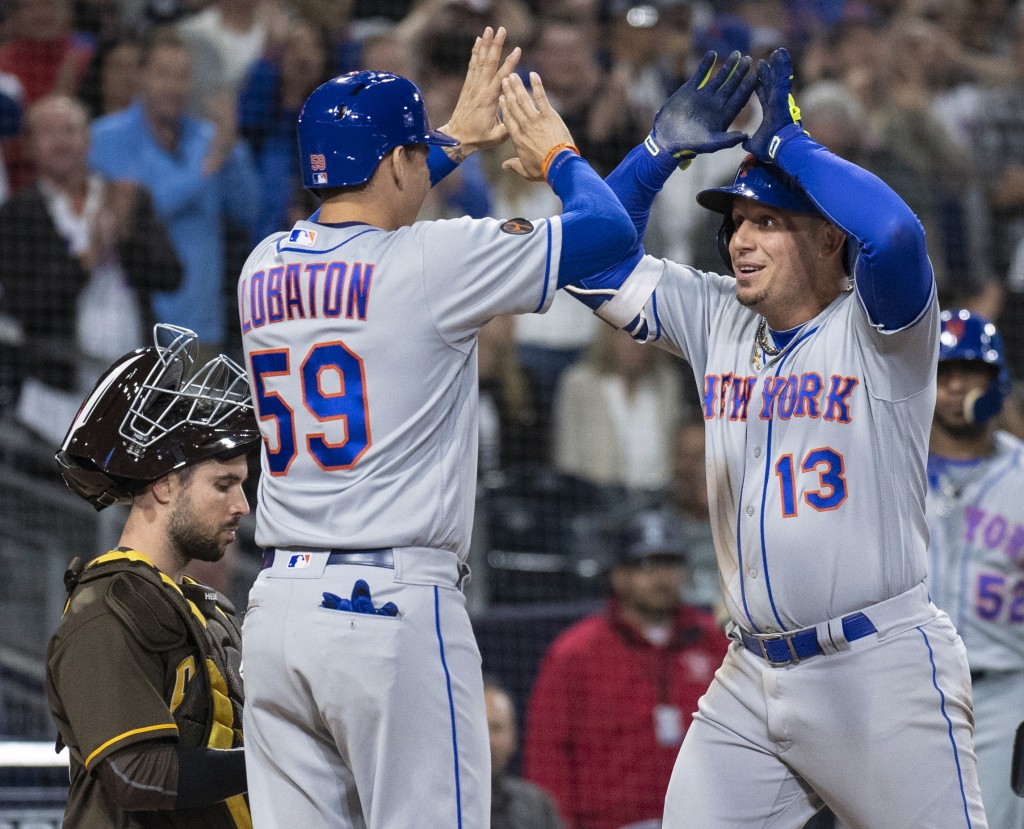 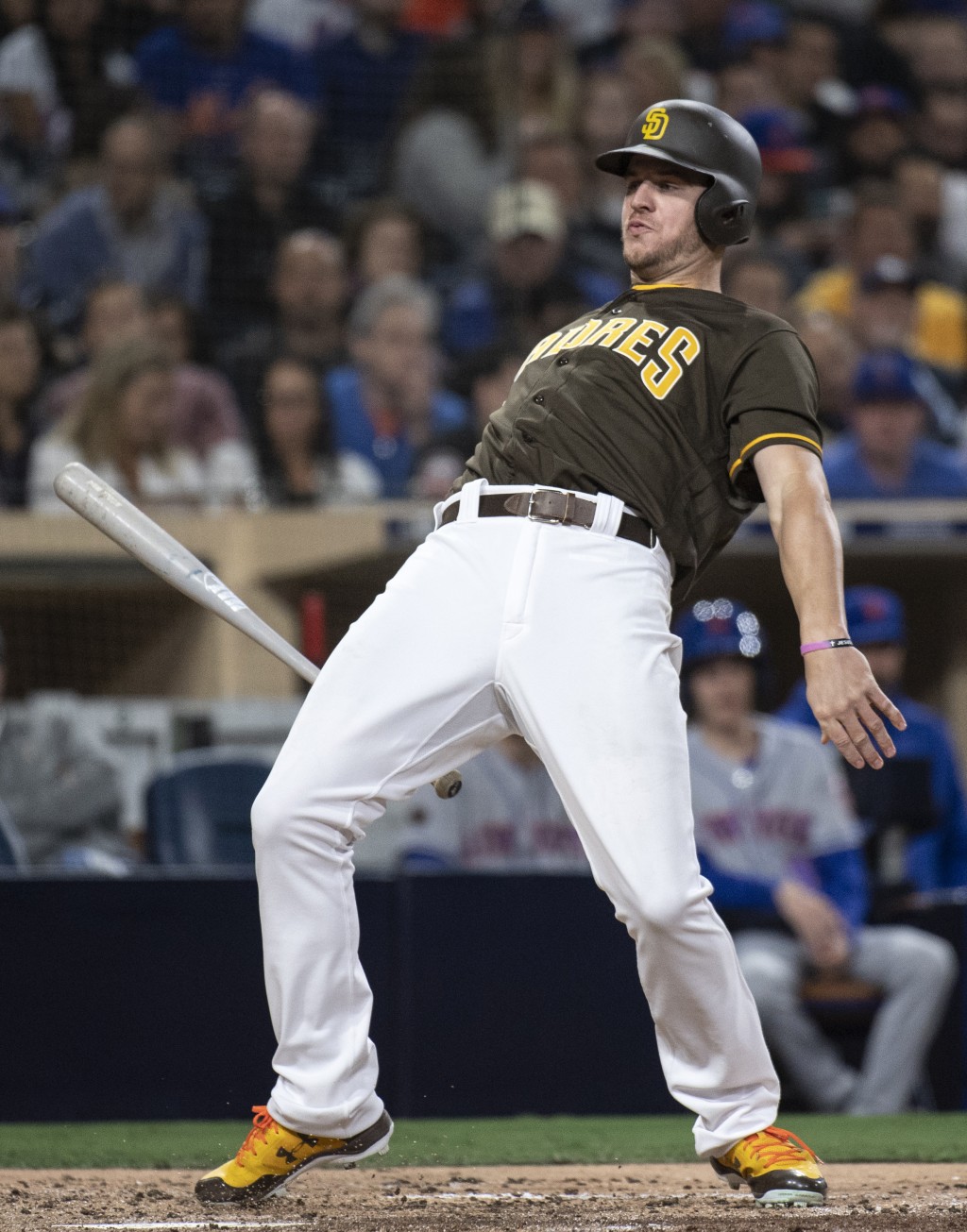 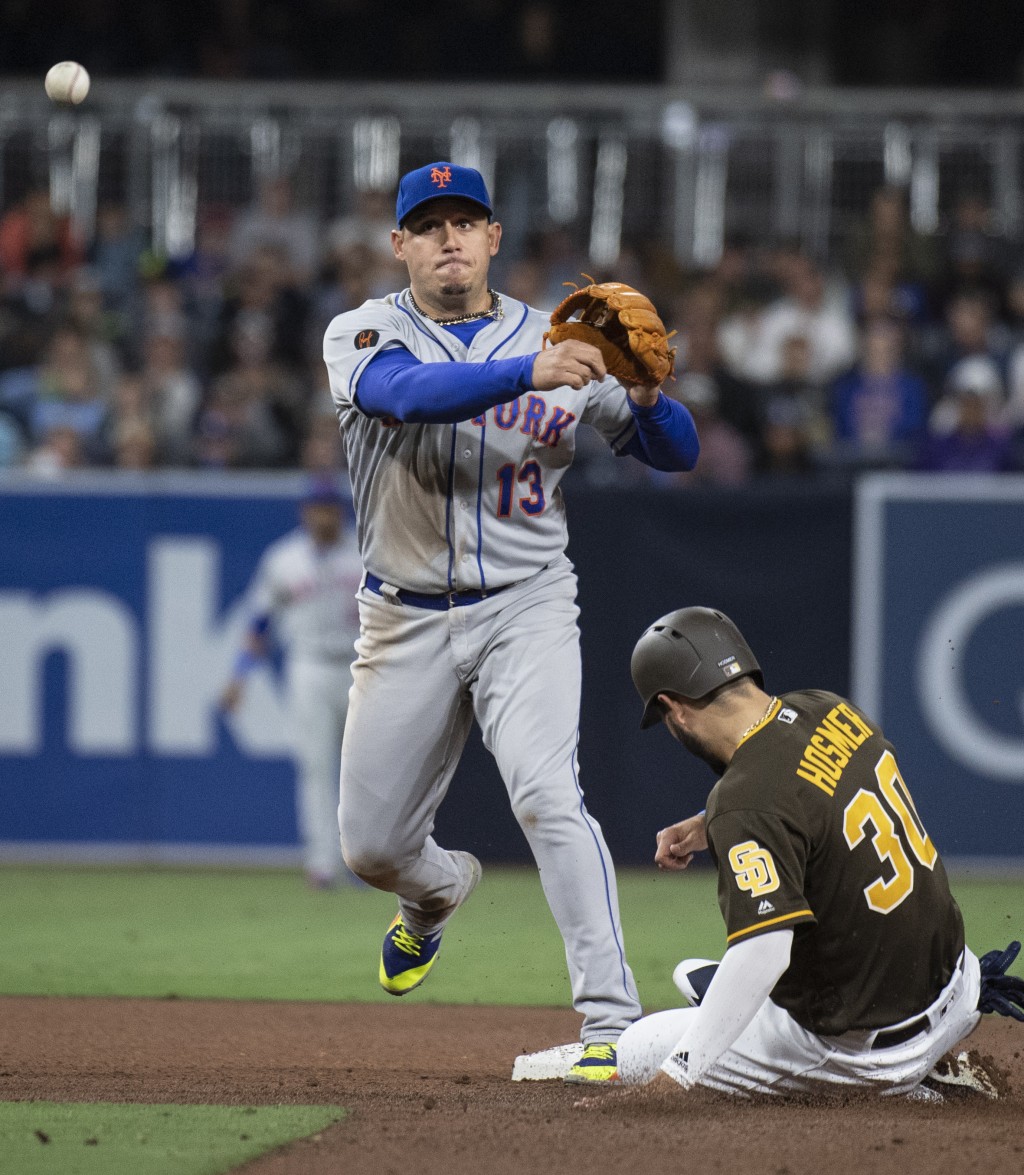 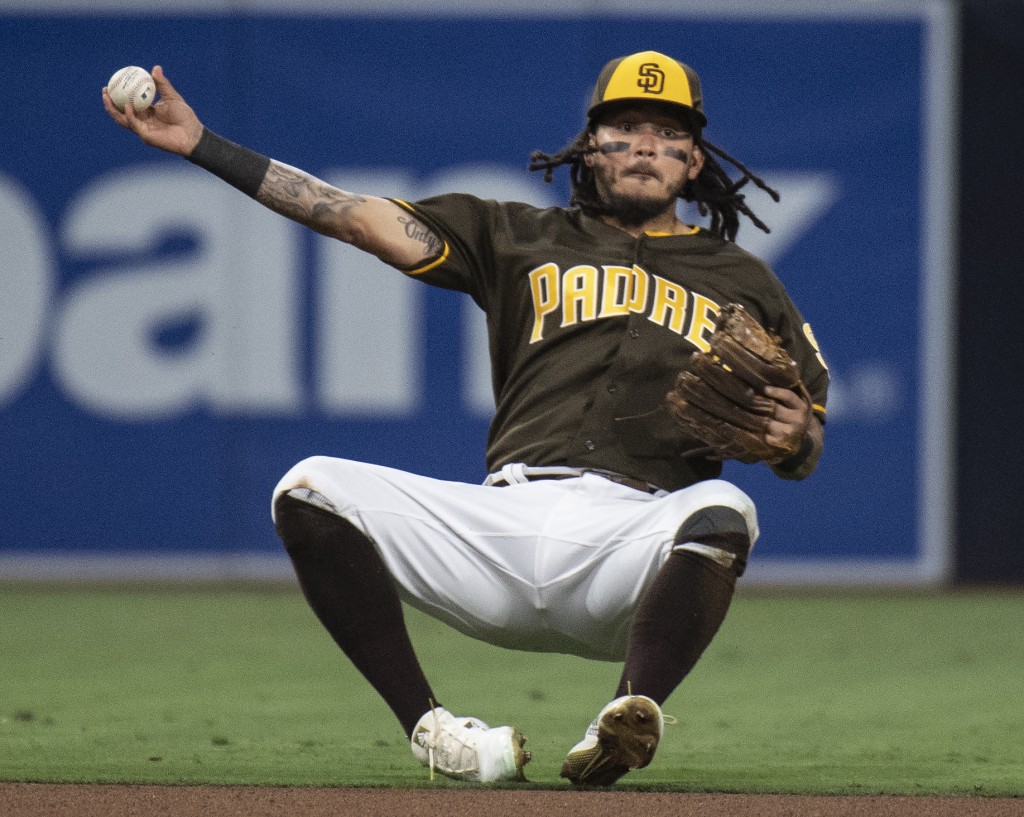 SAN DIEGO (AP) — Jacob deGrom held San Diego to five hits in 7 1/3 innings to win for the first time in four starts and Asdrubal Cabrera hit a three-run homer to lead the New York Mets to a 5-1 victory over the San Diego Padres on Friday night.

DeGrom (3-0) snapped a string of three straight no-decisions. He struck out eight and walked three.

The Padres came in leading the majors with 273 strikeouts.

The Mets took a quick lead off Clayton Richard (1-3) when Cabrera hit a leadoff double and scored with one out when Todd Frazier singled between rookie third baseman Christian Villanueva and shortstop Freddy Galvis when the Padres had a drawn-in infield.

DeGrom settled in and largely kept the Padres off the bases. Only two Padres reached second base. With two singles, Galvis was the only San Diego batter to reach base twice against deGrom.

Cabrera gave deGrom a nice cushion when he hit reliever Craig Stammen's first pitch into the stands in right field with two outs in the seventh. It was his fifth. Juan Lagares and Jose Lobaton were aboard on singles.

Matt Harvey made his second appearance since being demoted to the bullpen, allowing Franchy Cordero's leadoff homer in the ninth, his fifth, and walking Jose Pirela. Harvey then retired the side, ending the game by getting Galvis to ground into a double play.

Villanueva singled in the sixth to extend his hitting streak to 10 games. Galvis made nice plays at shortstop to record consecutive outs in the fourth. He flipped the ball with his glove to second baseman Carlos Asuaje to force Michael Conforto and then made a sliding stop of Lobaton's grounder and forced Lagares with a throw while tumbling onto his backside.

Padres first baseman Eric Hosmer returned from the family medical leave list. Before the game, he received his Gold Glove from 2017, when he was with Kansas City. It was his fourth.

Mets: LHP Jason Vargas makes his season debut Saturday night. He made three spring training appearances before suffering a non-displaced fracture of the hamate bone on his right hand. He underwent surgery on March 20. He made a rehab start with Triple-A Las Vegas on Monday.

Padres: Rookie LHP Joey Lucchesi (2-1, 2.70) looks to bounce back from his first loss last Saturday at Arizona. He leads all rookies in ERA and opponent OBP (.283).