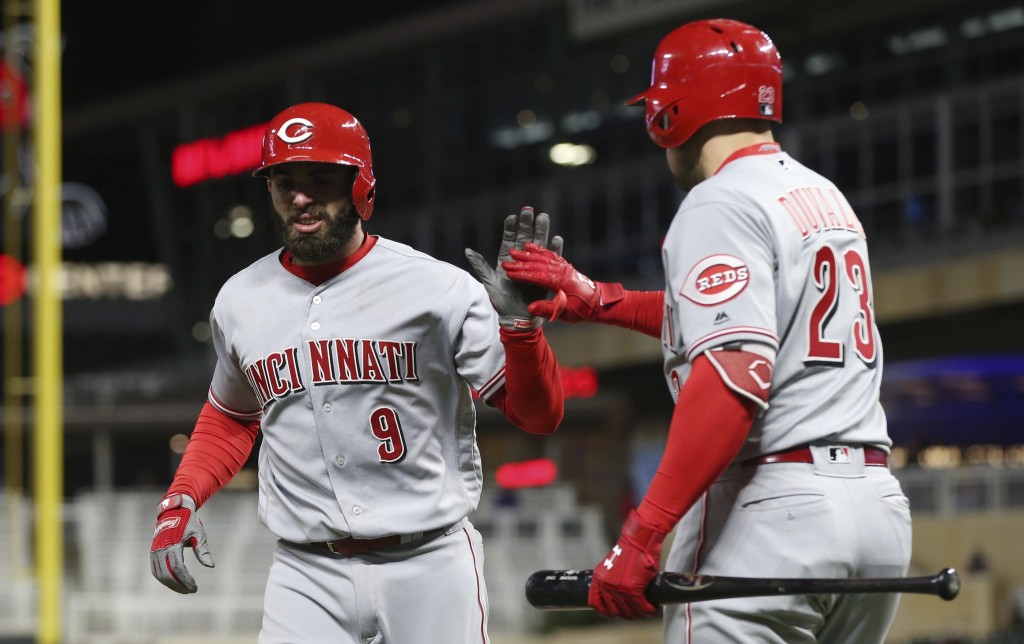 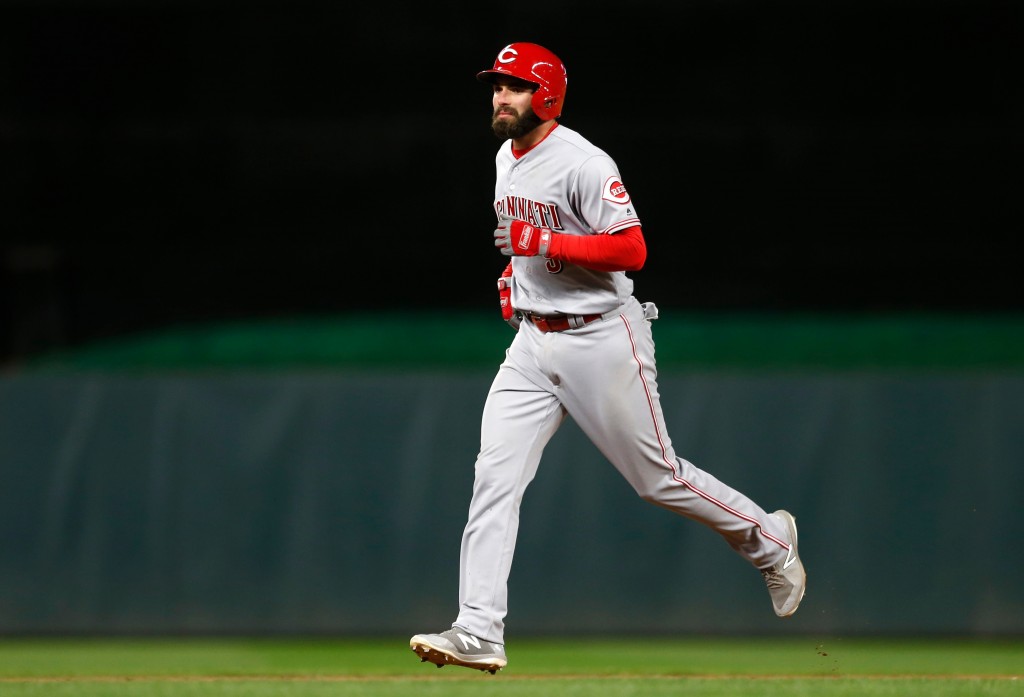 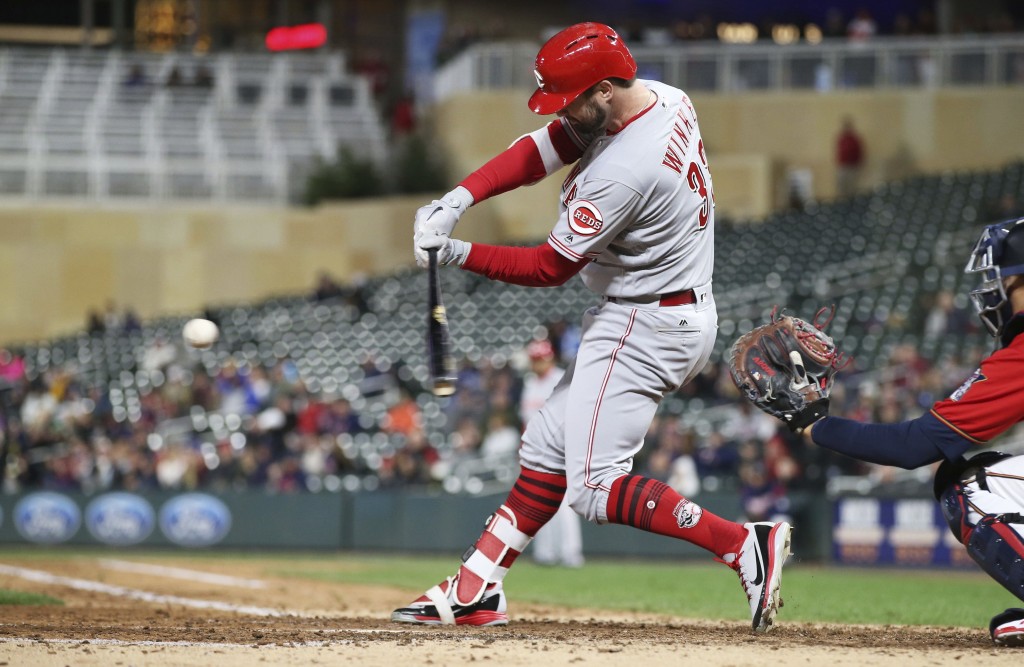 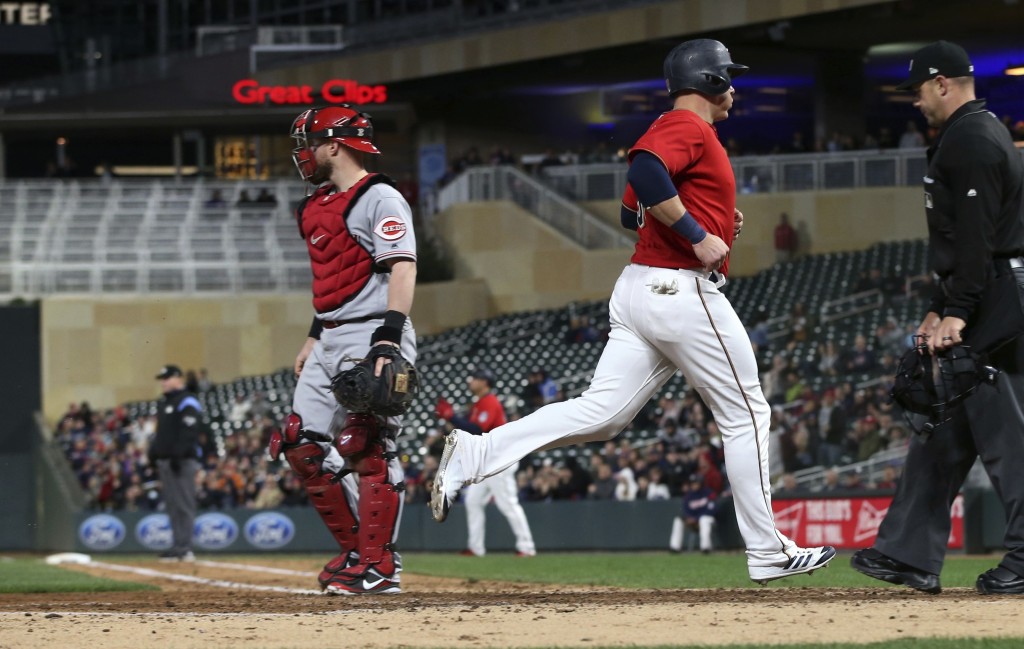 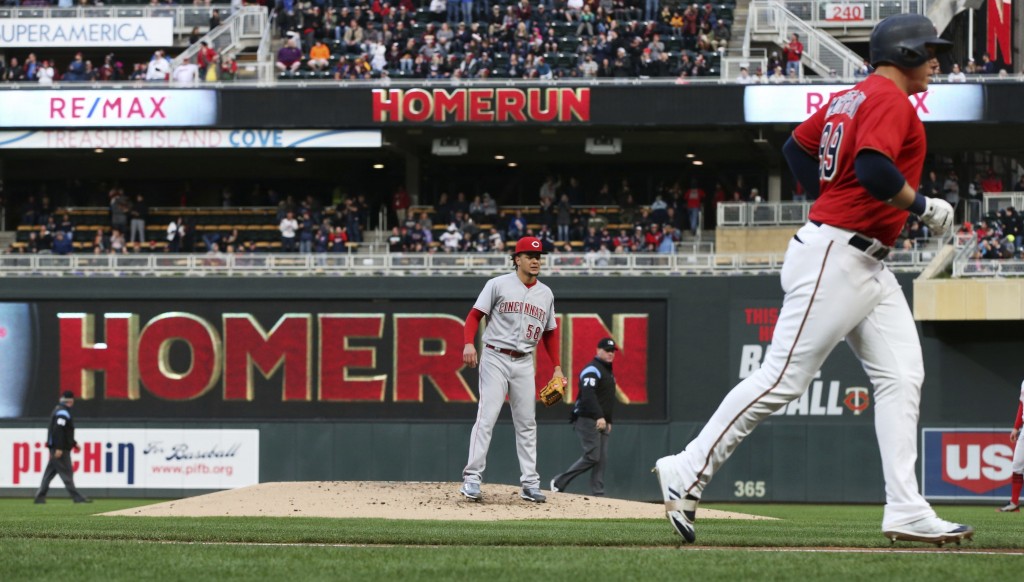 MINNEAPOLIS (AP) — Joey Votto homered for the fourth straight game and reached base six times, and the Cincinnati Reds overcame a four-run deficit to beat Minnesota 15-9 on Friday night and extend the Twins' losing streak to eight games.

Logan Morrison and Eddie Rosario homered for the Twins, on their longest skid since losing 13 in row from Aug. 18-31, 2016. Max Kepler and Robbie Grossman added three hits apiece in a game that lasted exactly 4 hours.

David Hernandez (1-0) pitched 1 1/3 scoreless innings in his 2018 debut after coming off the disabled list earlier in the day. Tyler Duffey (0-1) lost in relief of an ineffective starter Phil Hughes.

After Peraza's solo homer in the first, Morrison hit a two-run homer as the Twins took a 5-1 lead in the bottom half against Jose Castillo.

With the Reds trailing 8-4, Votto led off the fifth with his fourth homer to start a six-run rally. Scott Schebler hit a two-run single and Duffey contributed to his problems with a throwing error.

Billy Hamilton hit an RBI triple for a 9-8 lead, then scored on Ryan Pressly's wild pitch.

Peraza singled twice and homered off David Hale leading off a four-run ninth for his first career multihomer game.

Votto finished a triple short of the cycle and also walked twice and was hit by a pitch. That tied his career high for reaching base in a game.

Reds: Hernandez (right shoulder inflammation) was activated from the 10-day DL on Friday. To make room on the roster the Reds optioned IF/OF Phil Gosselin to Triple-A Louisville.

Twins: OF Byron Buxton was in uniform Friday to pick up his 2017 Gold Glove Award, but his return to the roster remains uncertain. Buxton (migraines) was placed on the 10-day DL on April 18, but he's been hobbled since fouling a ball off his toe in a rehab game on Sunday and officially remains day-to-day.

Reds: RHP Sal Romano (1-2, 4.78) faces the Twins on Saturday afternoon in Game 2 of the interleague series.

Twins: RHP Jake Odorizzi (1-2, 4.50) is looking for his second victory in as many home starts this season. He beat the Astros at Target Field on April 10.