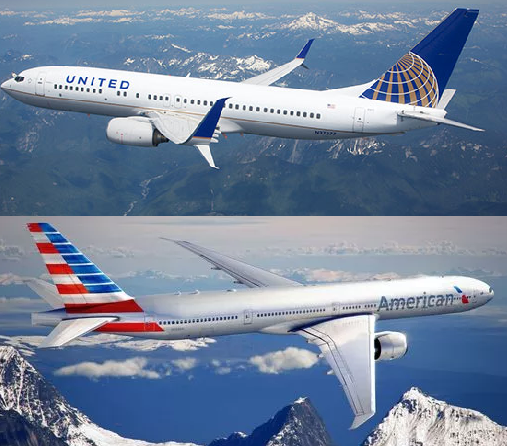 TAIPEI (Taiwan News) – In Beijing’s continued campaign of harassment towards foreign companies that do not keep with the communist party’s line, China has turned its attention to U.S. airlines, pressuring them to alter their online listings of “Taiwan” to include reference to "China.”

Foreign Policy reported on April 27 that the Civil Aviation Administration of China sent official correspondence to both American Airlines and United Airlines with the demand. A spokesperson for American Airlines confirmed that they had received the letter from the Chinese authorities.

The letter demands that all content available to the public, across the globe, must adhere to “Chinese Law,” and list Taiwan as a “province” of China.

The letter even reportedly includes a timeline for the companies to comply, and should they fail to do so, the airlines will be referred to the “relevant cyber-security authorities” for punitive action, reports Foreign Policy, quoting a source with access to the letter.

The letter and haranguing of the U.S. airlines is only the latest in Beijing's coercive campaign to attempt to deny Taiwan’s legitimacy, and the country’s access to various markets and organizations.

The campaign began to heat up in January when Beijing called on the Marriott and a host of other companies to change the designation of Taiwan on their web pages. Beijing continued the campaign through February and March targeting several international airlines, and even some European governmental agencies.

Currently, China is using its diplomatic clout to try and keep Taiwan from attending the upcoming World Health Assembly in May.

The Foreign Policy article notes that air traffic between the United States and China is highly regulated, and that U.S. airlines are permitted only 140 flights a week to China, with China permitted only 180 flights to the U.S. per week. United Airlines reportedly accounts for 20 percent of all flights between the two countries.

If the airlines bow to Chinese pressure, there is a possibility it could severely impact the frequency of flights traveling between all three countries.

American Airlines is reportedly reviewing the request, while United Airlines had not yet provided any statement at the time of this article’s publication.