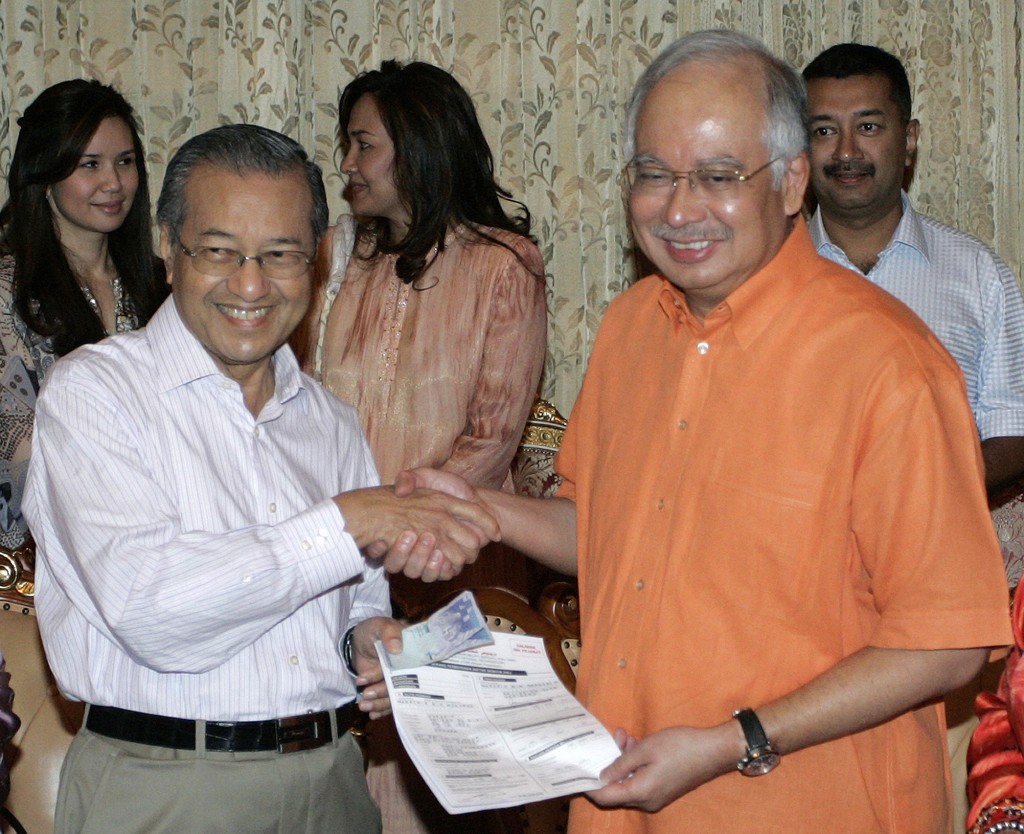 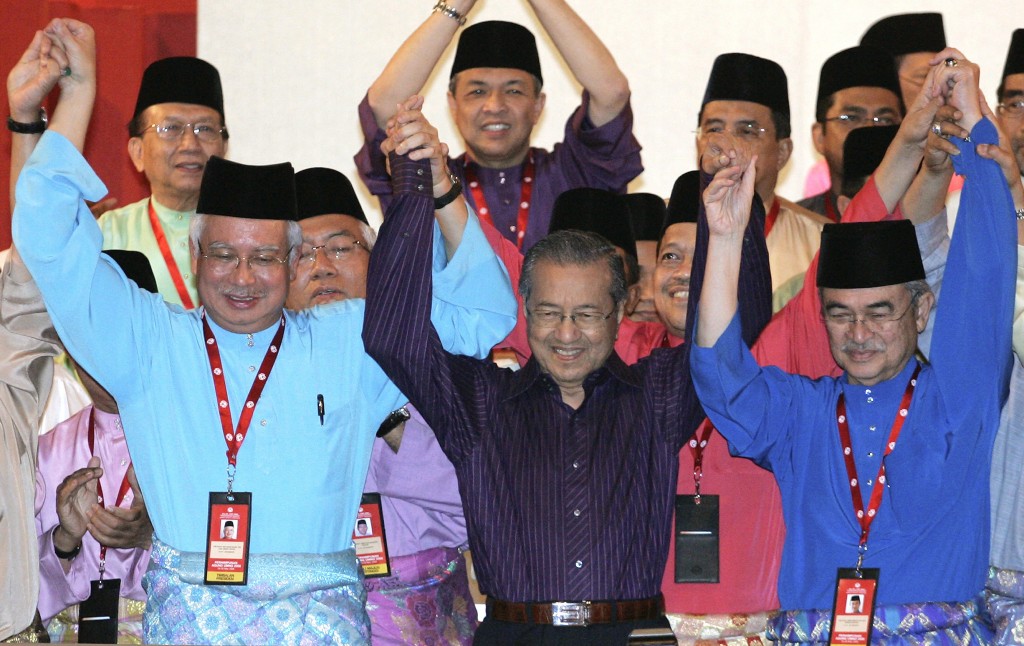 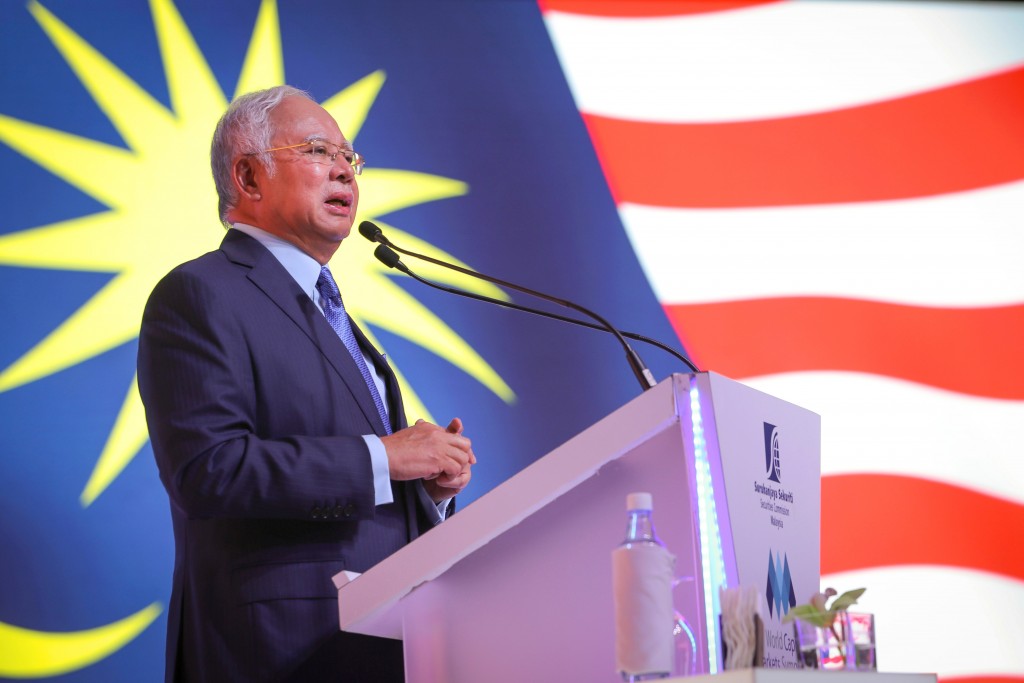 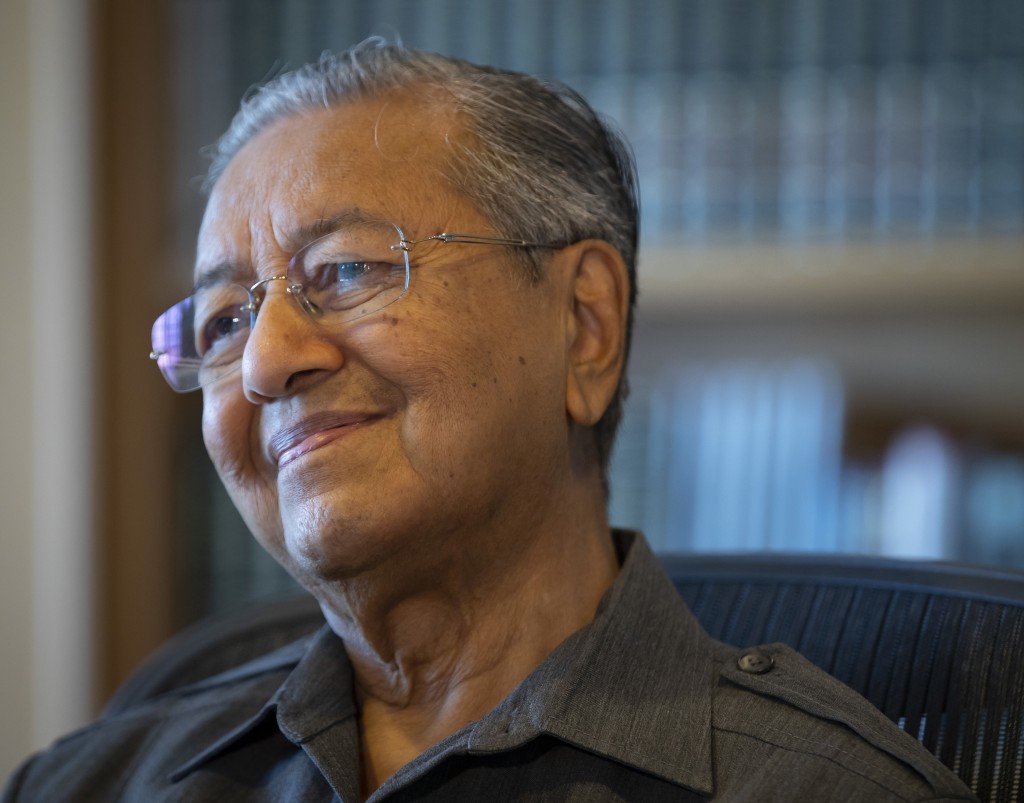 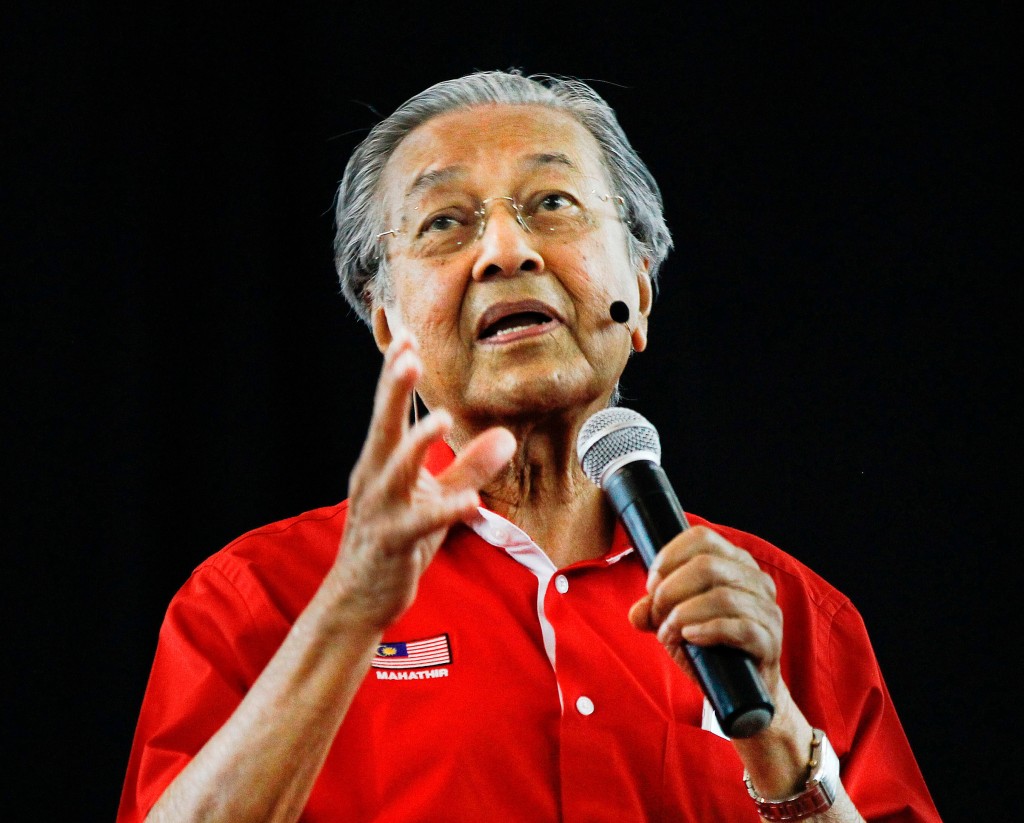 KUALA LUMPUR, Malaysia (AP) — The Malaysian election next month pits the country's pugnacious 92-year-old former leader Mahathir Mohamad against his protege, Prime Minister Najib Razak, whose premiership has been tarnished by a monumental graft scandal that involved $700 million landing in his own bank account.

The opposition has been galvanized by the allegations swirling around Najib and united behind its former nemesis Mahathir. He says he returned to political life to save Malaysia, which aspires to reach developed world income status, from its corrupt elite. But the opposition faces an uphill battle to break the ruling National Front coalition's 60-year grip on power because of an electoral system that gives more weight to rural Malay voters who traditionally support the coalition.

British-educated Najib is a political blue-blood whose father and uncle were the country's second and third prime ministers respectively.

He took power as Malaysia's sixth prime minister in 2009 with a mandate to reinvigorate the National Front following a poor election performance in 2008 when its majority in parliament shrank.

Najib, 64, cast himself as a liberal and reforming leader of the predominantly Muslim country of 31 million. He navigated Malaysia through the global financial crisis of 2009 and abolished draconian colonial-era security laws only to impose similar repressive measures several years later.

He speaks impeccable English with a posh accent, has his own blog and is an avid social media user. He often seems far removed from the concerns of ordinary Malaysians and the poor rural Malays who are the bedrock of his United Malays National Organisation party. He was mocked by the opposition earlier this year for saying he prefers eating quinoa, an expensive imported South American grain, to rice, a staple of the Malaysian diet.

Under Najib's leadership, the National Front suffered a further loss of support in 2013 elections, getting fewer votes than the opposition for the first time, though still winning 133 out of 222 parliamentary seats. Najib blamed a "Chinese tsunami," referring to minority ethnic Chinese abandoning his coalition.

He has become increasingly authoritarian in an attempt to survive the multibillion dollar corruption scandal that engulfed a state investment fund, 1MDB, that Najib set up.

The U.S. Justice Department alleges $4.5 billion was stolen from 1MDB by associates of Najib between 2009 and 2014, and laundered through layers of bank accounts in the U.S. and other countries to finance Hollywood films and for extravagant purchases that included hotels, a luxury yacht, art works and jewelry. U.S. Attorney-General Jeff Sessions described the scandal, which was first reported by The Wall Street Journal, as "kleptocracy at its worst."

The Justice Department's civil case filings also allege $700 million was transferred from bank accounts used in the money laundering to the bank account of "Malaysian Official 1." It didn't name the official, but corroborating details made it clear it was Najib.

Najib sacked critics in his government including an attorney general and deputy prime minister, and muzzled the media. The new attorney-general cleared Najib in 2016, saying the money was a political donation from the Saudi royal family and that most of it was returned.

He needs a decisive win in the May 9 election to neutralize possible challengers from within UMNO.

Recent electoral boundary changes favor the government and the opposition has struggled to make inroads in the thinly populated eastern Sabah and Sarawak states on Borneo island, which account for a quarter of parliamentary seats. Tens of thousands protested against Najib in Malaysia's biggest city, Kuala Lumpur, in 2015, but rural Malays are more concerned by issues such as the rising cost of living and can be mollified by government handouts.

"Najib's future will be shaped on the election results, as this is an election about him. He needs to win over 130 seats to be confident of no meaningful challenge within the system," said Bridget Welsh, a Southeast Asia expert at John Cabot University in Rome.

Mahathir is known as the architect of modern-day Malaysia for transforming the agricultural backwater into a manufacturing powerhouse during 22 years of authoritarian rule.

His political comeback has helped reinvigorate an opposition fractured by infighting. He backed Najib for prime minister in 2009 and also supported him in the 2013 election but became his most strident critic as the corruption scandal unfolded.

In 2016, he made his return to politics official by forming Parti Pribumi Bersatu Malaysia with Najib's former deputy, Muhyiddin Yassin, who was fired for questioning the premier about the scandal.

In another unexpected twist, he mended fences with his former deputy prime minister and opposition icon Anwar Ibrahim, who was dismissed by Mahathir two decades ago and jailed for graft and sodomy in a case Anwar said was politically motivated. Anwar was imprisoned again in 2015 for a second sodomy conviction that the opposition said was fabricated to crush it after strong showings in two successive elections. He is due to be released in June.

A medical doctor by training, Mahathir was the youngest of nine children and grew up in a poor northern Malaysian neighborhood. He became politically active in the 1950s during the twilight of British colonial rule, running for Parliament and eventually winning a seat in 1964. He entered the Cabinet in 1974 and became prime minister in 1981.

At 92, despite two coronary bypass surgeries, Mahathir keeps up a grueling campaign, speaking up to several times a day at political rallies across the country.

"We all believe that Najib is such a bad thing for the country that we must forget our past and concentrate on getting rid of Najib," Mahathir told The Associated Press in an interview this month.

Critics said democracy and human rights were sacrificed at the altar of Malaysia's rapid industrialization under Mahathir. He fostered cronyism, jailed opposition figures and shut down critical media organizations but now attacks Najib for similar tactics, they say.

But his nationalist message and his Malay credentials make him a potent opponent.

"For those clamoring for change, they are looking at him as a political savior. Mahathir has the gravitas and the charisma and the opposition is hoping to make inroads for Malay votes," said Mustafa Izzuddin, research fellow at the ISEAS-Yusof Ishak Institute in Singapore.