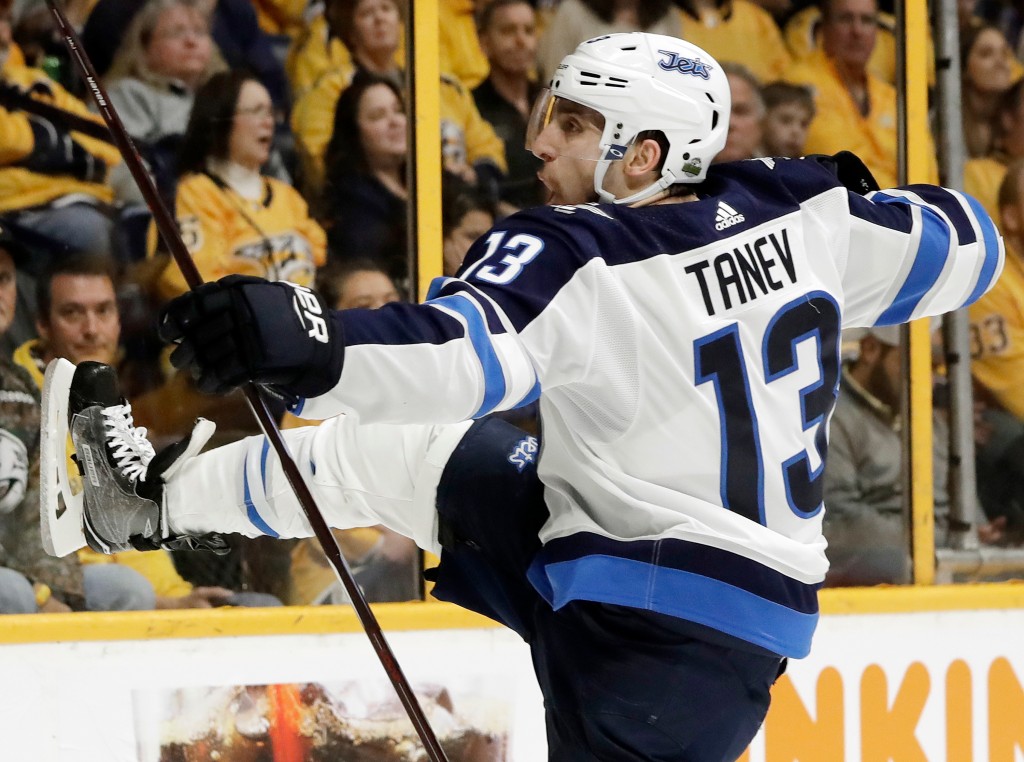 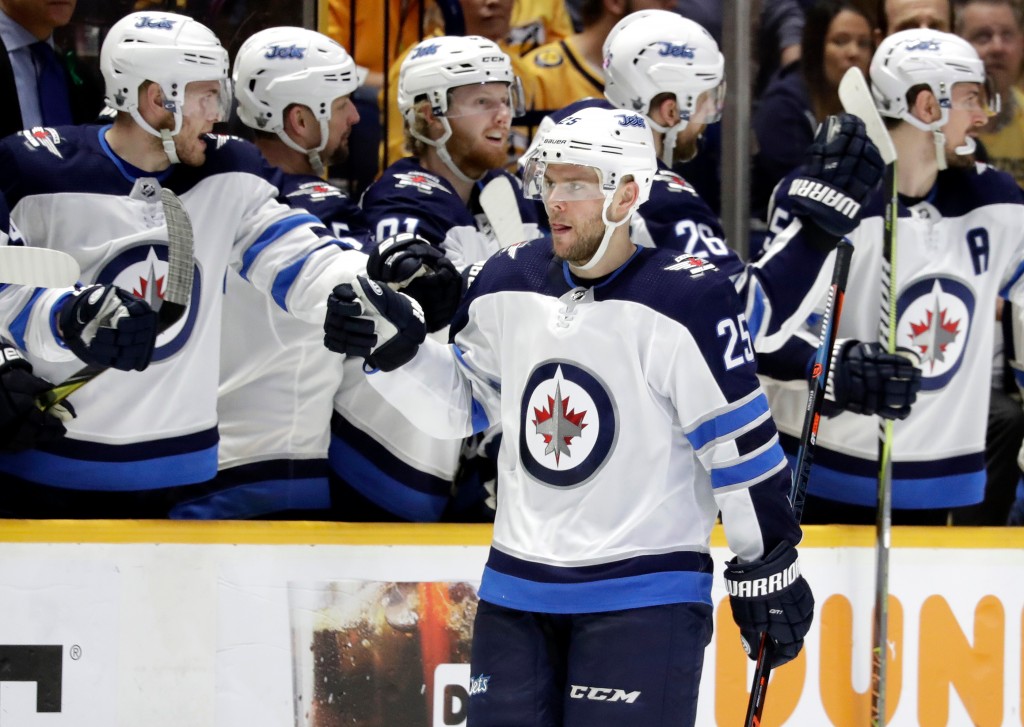 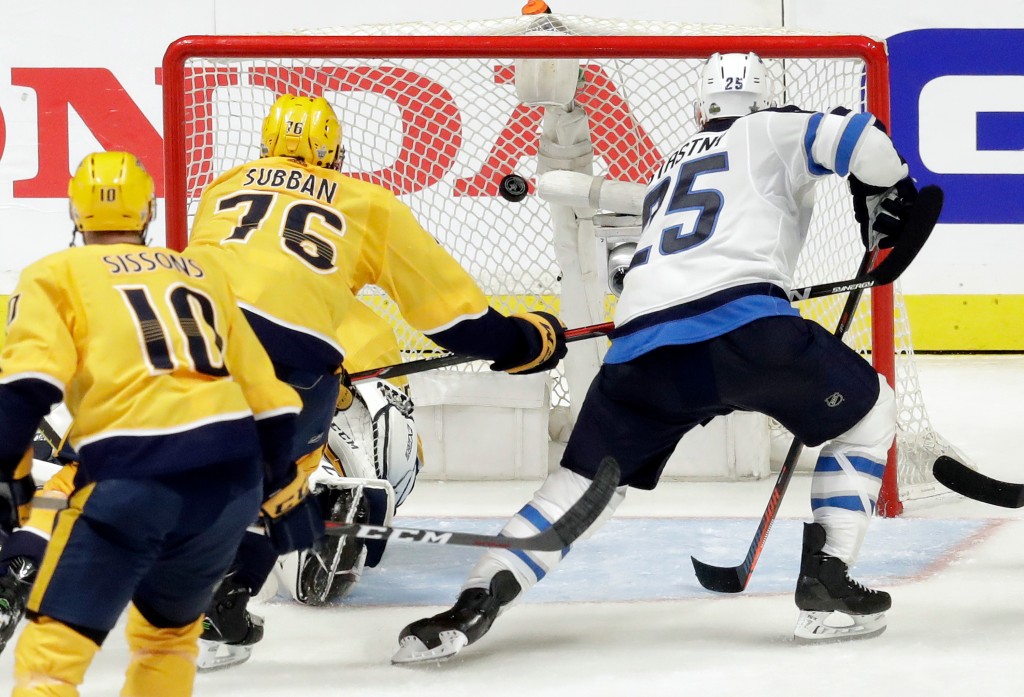 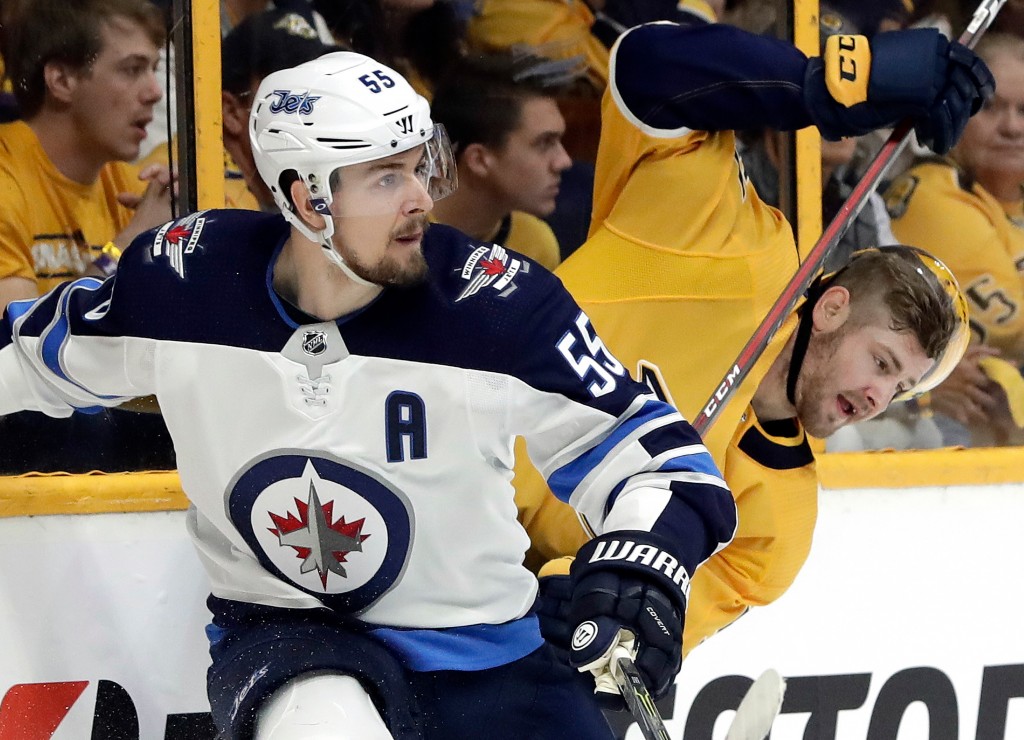 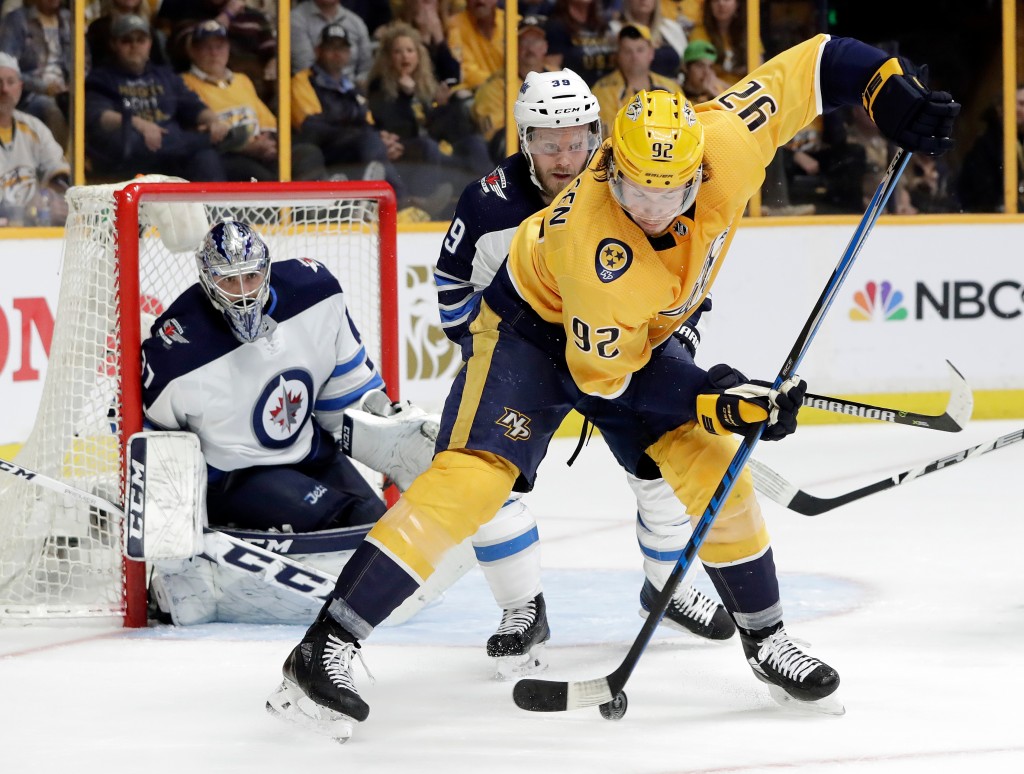 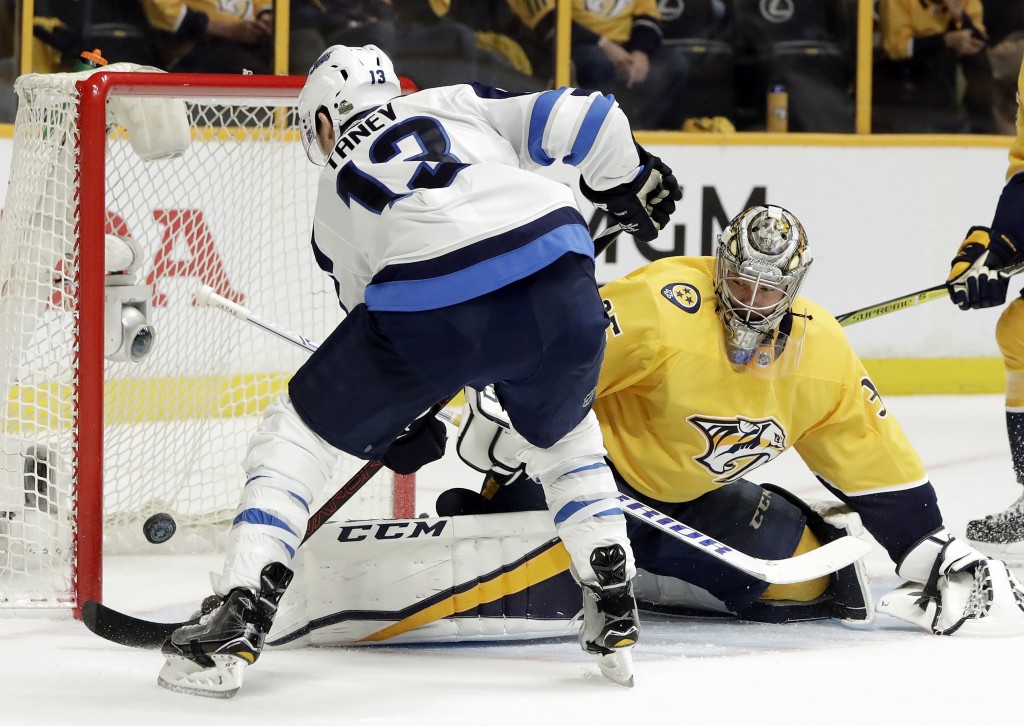 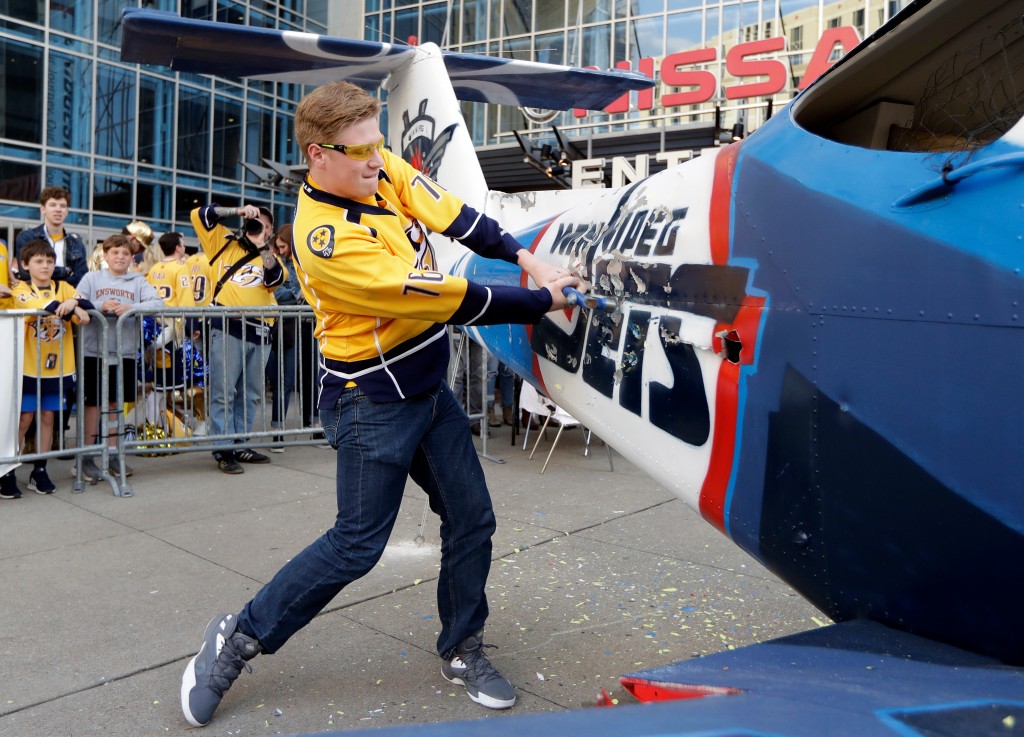 NASHVILLE, Tenn. (AP) — Connor Hellebuyck made 47 saves and the Winnipeg Jets beat the Nashville Predators 4-1 on Friday night in Game 1 of the Western Conference semifinal between the NHL's top teams in the regular season.

Not only did the teams top the standings, this series is the first between clubs with the most combined points ever before a conference finals after Nashville (117) edged Winnipeg (114) for the Presidents' Trophy.

Both the Jets and Predators brought a Vezina Trophy finalist into this series, and the 24-year-old Hellebuyck outdueled veteran Pekka Rinne, who was pulled after the second period after giving up three goals on 16 shots. Hellebuyck, who made his NHL postseason debut in the first round where he finished off Minnesota with back-to-back shutouts, picked up in Nashville where he left off a week ago.

Kevin Fiala scored for Nashville, which had won 11 of its last 14 playoff games.

The Predators had the sparkling pregame show with the retractable screen dropping from the ceiling and country star Dierks Bentley singing the U.S. anthem, and a couple catfish hit the ice before the puck drop to boot. Then they pelted Hellebuyck with 15 of the first 19 shots.

Then the Jets scored the game's first goal for a sixth straight playoff game. Tanev's wrister beat Rinne's outstretched right skate at 14:51 of the first.

Nashville finished the period with 20 shots, a franchise postseason record for a period, with Hellebuyck continuing his shutout streak started with consecutive shutouts to finish off Minnesota in the first round.

The Predators kept shooting away with Hellebuyck making every save, and the Jets proved very opportunistic. Stastny scored off a rebound of Patrik Laine's shot at 9:01 of the second on Winnipeg's ninth shot for a 2-0 lead.

Filip Forsberg, Nashville's postseason scoring leader, hit the post on the power play with 3:31 left. The Jets killed off the penalty, and Scheifele beat Rinne with a long shot with 2:09 left in the second for a 3-0 lead that silenced the sold-out crowd.

Fiala at least helped Nashville avoid being shutout with his wrister 1:23 into the third . Even pulling backup goalie Juuse Saros with more than 2 minutes left helped.

NOTES: Nashville defenseman Ryan Ellis went to the locker room after being clipped on the cheek by the skate of Jets Ben Chiarot early in the third. ... Austin Watson, who had seven points in the first round for Nashville, did not return after playing 4:09 of the first period.

Game 2 is Sunday night in Nashville.