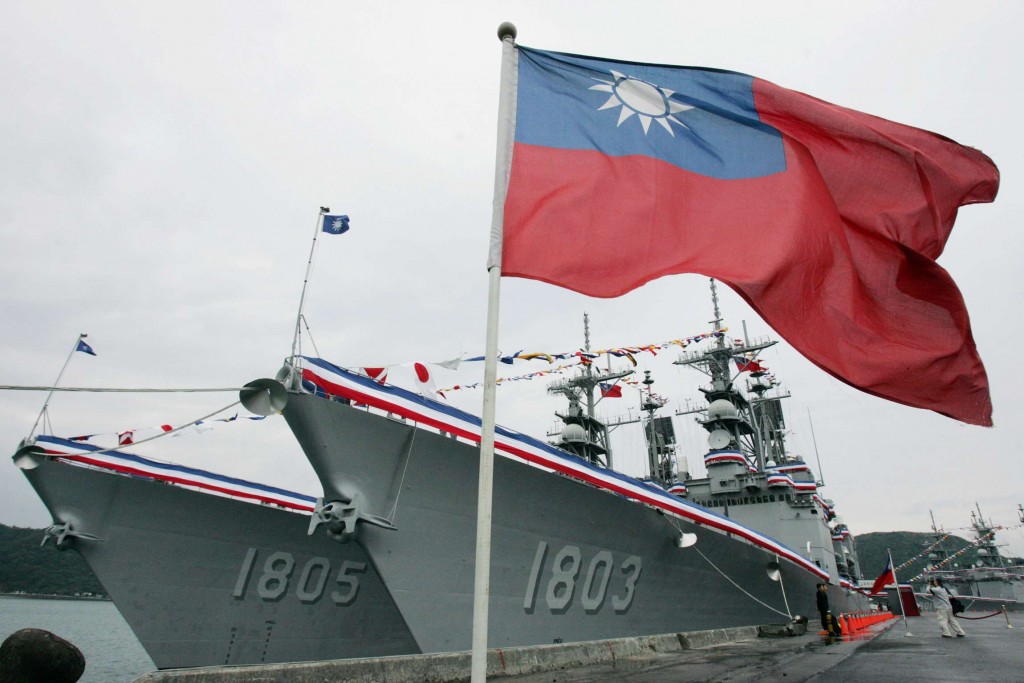 HAIKOU (IPP Review) -- For many years, Taiwan’s interests and role in the South China Sea disputes have essentially been officially ignored. But with the election of U.S. President Donald J. Trump and his appointment of John Bolton as National Security Adviser, its influence on and involvement in such issues may increase substantially.

Bolton in particular has a long history of supporting Taiwan’s interests. He has urged the restoration of formal diplomatic relations with Taiwan and that Taiwan be able to join the United Nations and its various agencies and committees. He has even suggested that the U.S. base troops and assets there.

Since 1956, Taiwan has continuously occupied the largest feature in the Spratlys — Itu Aba or Taiping island. It has more recently “militarized” it. It also claims sovereignty over all the other high tide features and their “relevant” waters.

Moreover, Taiwan has one of the largest fishing fleets active in the area and its coast guard and navy regularly patrol these waters to protect that fleet as well as Taiwan’s claims. But because of the One China policy, Taiwan has not been invited to participate in formal intergovernmental discussions on the issues, including the current critical negotiations on a “code of conduct” that would guide the actions of all in the area to avoid incidents. It thus has been relegated to heavy lobbying behind the scenes. However, both Trump and Bolton are “friends” of Taiwan. They sympathize with Taiwan’s political disadvantages due to official non-recognition and may increasingly ignore the One China policy and even enhance U.S. security relations with what China considers a “renegade province.”

Already the U.S. Congress has approved and Trump has endorsed a bill encouraging and elevating U.S.-Taiwan official exchanges — much to China’s chagrin. While not binding on Trump’s administration, it clearly indicates to the rest of the world a change in US political mood in Taiwan’s favor.

China thinks that the U.S. may try to use support for Taiwan and its role in the South China Sea disputes as leverage to contain China’s aggressive activities there. Indeed, Bolton has supposedly advocated using the “Taiwan card” to counter China’s growing “aggressiveness.” If the U.S. does so regarding the South China Sea, this may in turn encourage other claimants and ASEAN itself to recognize Taiwan’s interests and role in these disputes as well as in their mitigation.

For these reasons, it is important to understand Taiwan’s position and how it may complicate or improve a dangerous situation. For some time, Taiwan’s claims were considered close to, if not identical with, those of China. It claims that all the Spratly features within the nine-dash-line and their “adjacent waters” belong to the “Republic of China.” Actually, China assumed Taiwan’s claims in the South China Sea after its victory in the Chinese civil war. Under former Taiwan President Ma Ying-jeou, Taiwan and China not only defended these claims but undertook “track two” discussions regarding coordination and co-operation of their positions and their legal strategy to defend them.

For these reasons, the other claimants were suspicious of Taiwan’s intentions. They therefore did not want to bring Taiwan into the ASEAN-China process that was trying to address the disputes between themselves and between the ASEAN claimants — Brunei, Malaysia, the Philippines, and Vietnam — and China. Obviously they were concerned that the two would reinforce each other in the negotiations.

But according to Lin Ting-hui, Deputy Secretary General of the Taiwan Society of International Law, under President Tsai Ing-wen, Taiwan has changed its position to “harmonize” it with the U.N. Convention on the Law of the Sea (UNCLOS).

Ironically, Taiwan is not a member of the United Nations and thus is not formally able to be a party to UNCLOS. But in the past year or so, Taiwan has taken small but significant steps to clarify its claims. It has also publicly advocated a shelving of the disputes and undertaking joint development to harvest the resources in disputed areas — a provisional solution recommended by UNCLOS.

The more Taiwan’s position diverges from that of China and becomes more in line with UNCLOS, the more the US can and will support a role for it in the process.

The Tsai administration has stated that the country "is entitled to all rights over the South China Sea Islands and their relevant waters in accordance with international law and the law of the sea.” Although the latter phrase may seem routine and even redundant, it is purposely worded to include both UNCLOS and customary international law.

The term “South China Sea Islands” is used instead of its previous practice of enumerating the four “island” groups (the Spratly Islands, Paracel Islands, Pratas and Macclesfield Bank). This leaves the term open to interpretation which provides Taiwan with some flexibility. It means that unlike China it may not claim Macclesfield Bank which is a low tide elevation and according to UNCLOS cannot be claimed in and of itself by any country. Another departure from past practice is that unlike China, Taiwan did not strenuously protest the January 17, 2018 USS Hopper Freedom of Navigation Operation within 12 nm of Scarborough Shoal. This is important because, like China, it claims Scarborough Shoal. Moreover, it has declared a territorial sea baseline around it, and like China it has a prior notification regime for foreign military vessels to enter its territorial sea — a regime that the US does not recognize.

However, Taiwan did initially object strenuously to the arbitration decision against China’s — and by inference — its claims. It was particularly upset that Itu Aba was not granted an exclusive economic zone (EEZ) and continental shelf and that it was not given an opportunity to participate in the proceedings.

It did however submit a “friend of the court” brief making a detailed argument supporting legal island status for Taiping island. However, the arbitration panel rejected that claim, and Tsai’s office declared: “We absolutely will not accept [the tribunal’s decision] and we maintain that the ruling is not legally binding." Taiwan then dispatched a coast guard vessel and navy frigate to patrol the area and its fishing fleet continued to fish in what would have been its EEZ. Nevertheless, according to Lin, unlike China, “the Tsai administration did not deny the legitimacy of the arbitral panel. Instead, the presidential office issued a statement noting that the arbitrators had rendered their award in the case brought by the Philippines under UNCLOS, thereby indicating the government’s recognition of the panel’s legality.”

According to Lin, these subtle shifts in legal position and rhetoric “demonstrate that Taiwan no longer advocates historic rights in the South China Sea and is willing to abide by international law and UNCLOS in its sovereignty and sovereign rights claims.” However, this remains to be seen in practice.

Nevertheless, it is clear that unlike her predecessor Ma, Tsai intends to keep China at arm’s length on this issue. The more Taiwan’s position diverges from that of China and becomes more in line with UNCLOS, the more the US can and will support a role for it in the process.

It would also become more likely that the ASEAN claimants will see the advantages of including Taiwan in the process of negotiating a code of conduct, other cooperative activities, and fashioning at least temporary solutions to otherwise fractional issues.

Not acknowledging Taiwan’s role in the South China Sea is unrealistic. There will neither be stability nor a final resolution of the issues unless and until it is included — at least informally. It may be time and in the interest of the ASEAN claimants to at least test the political waters for doing so.