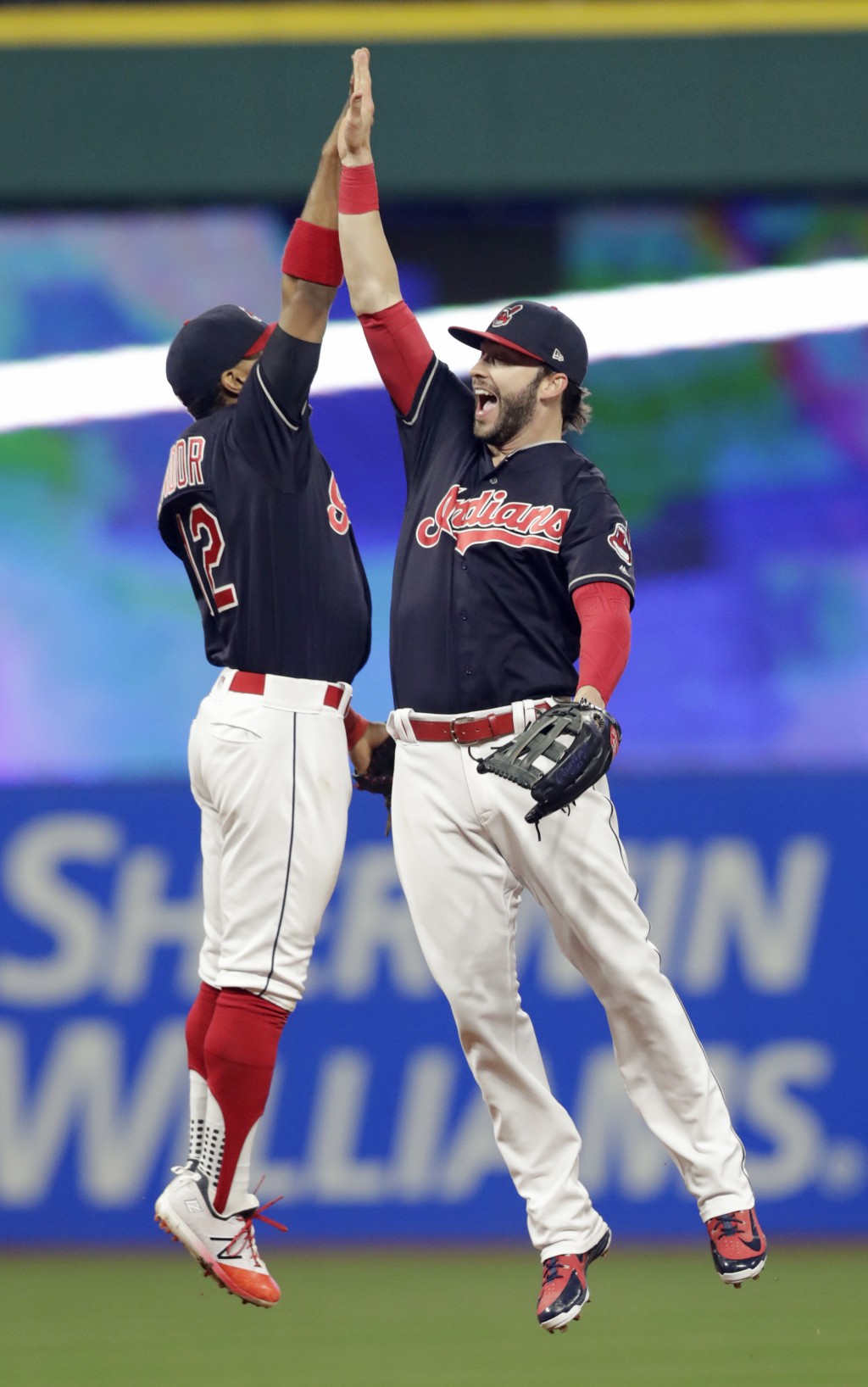 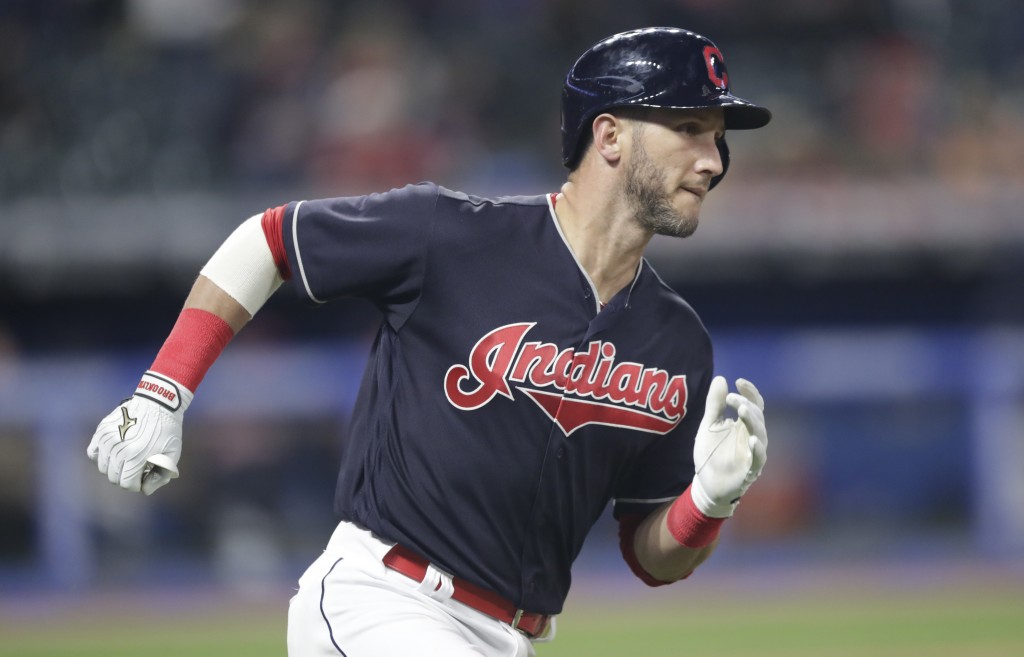 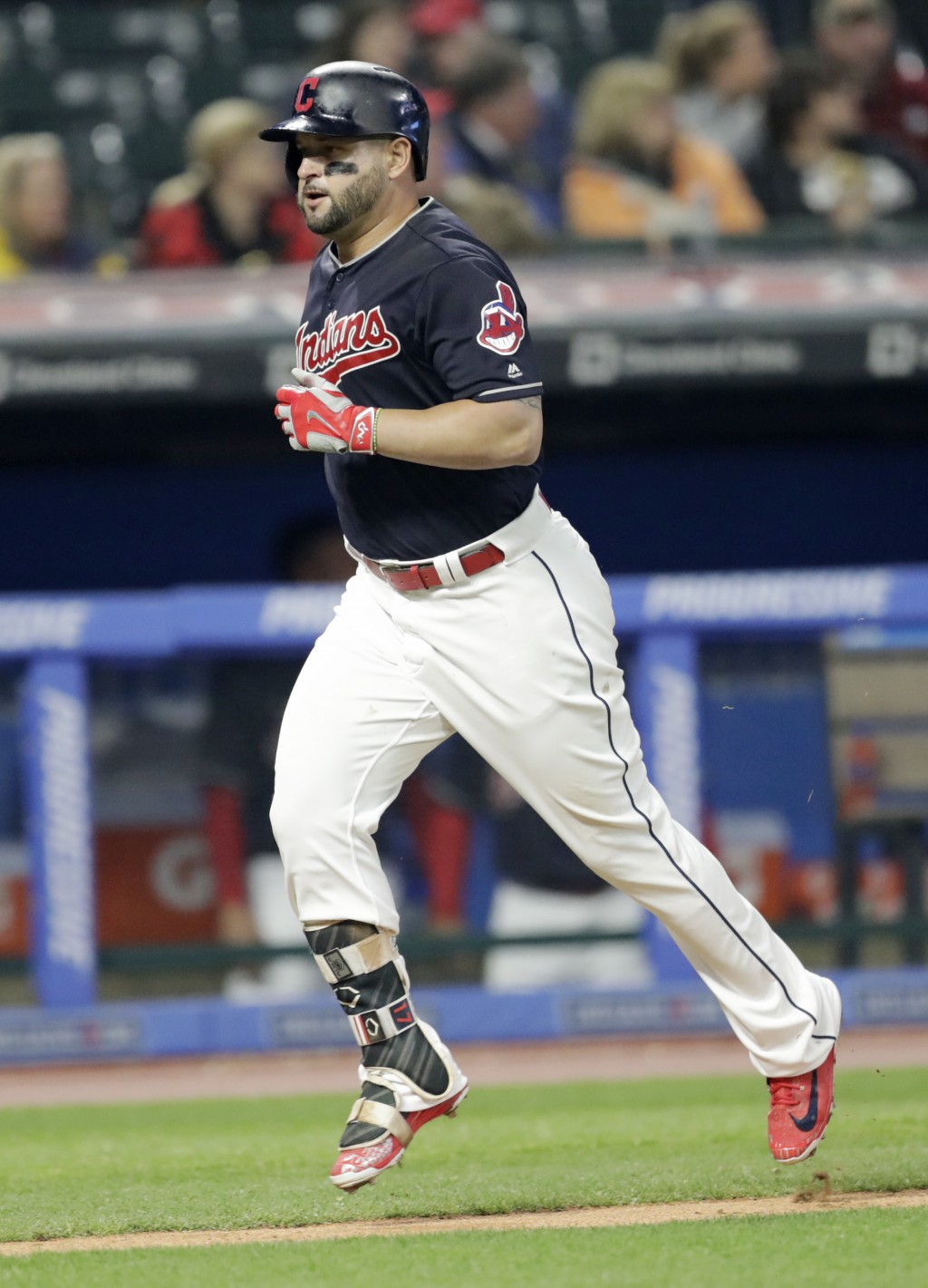 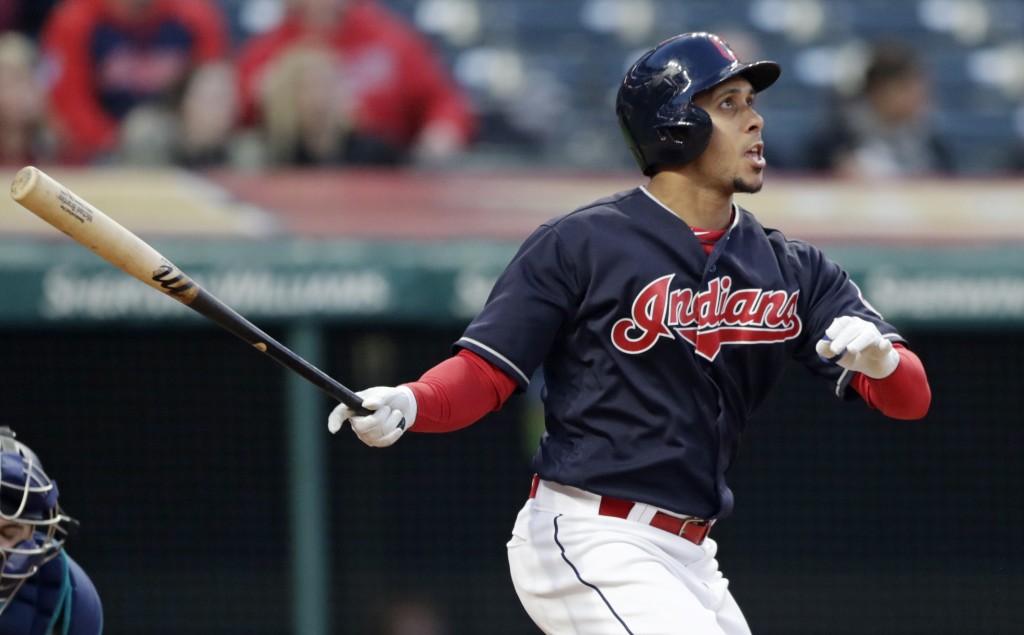 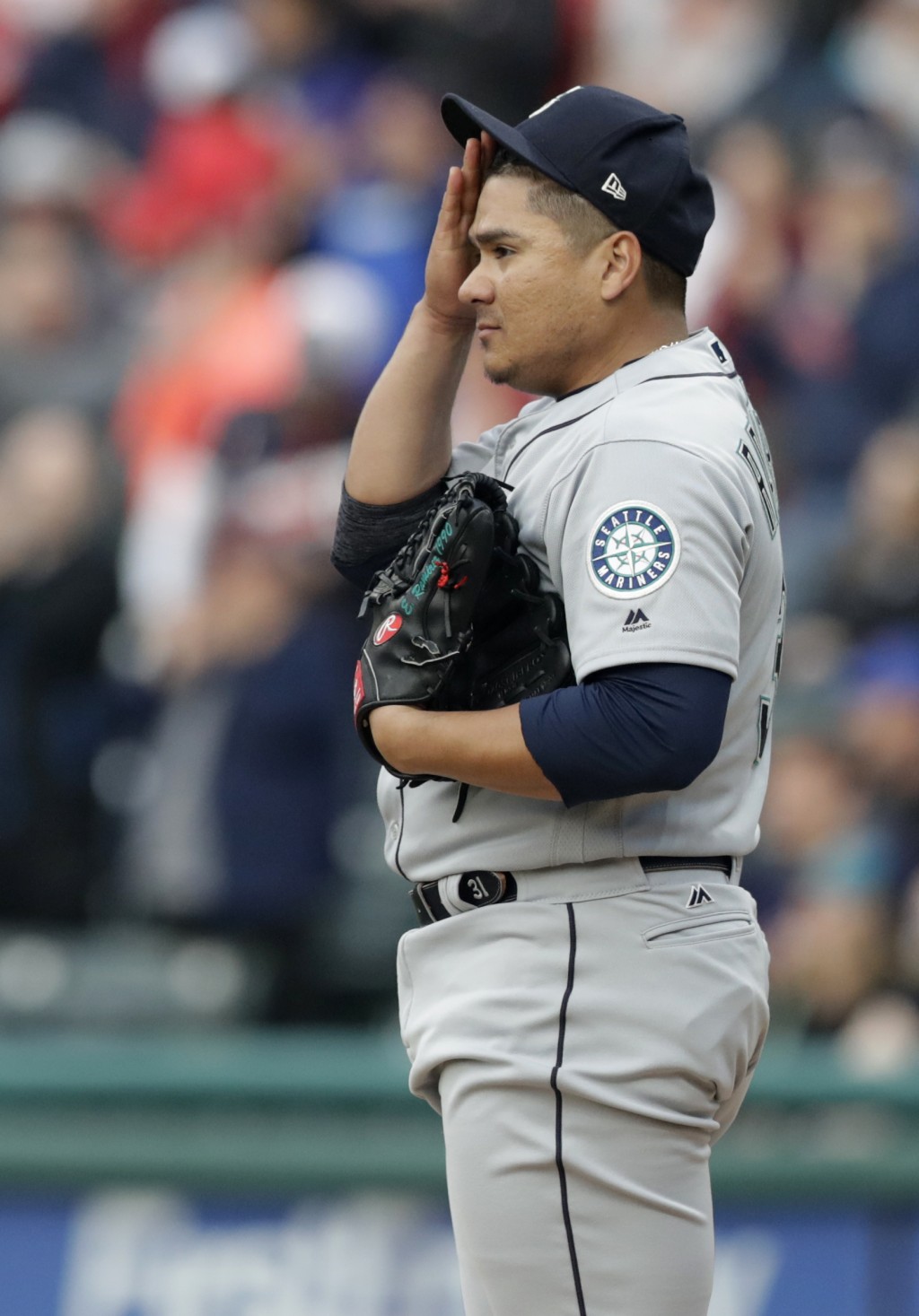 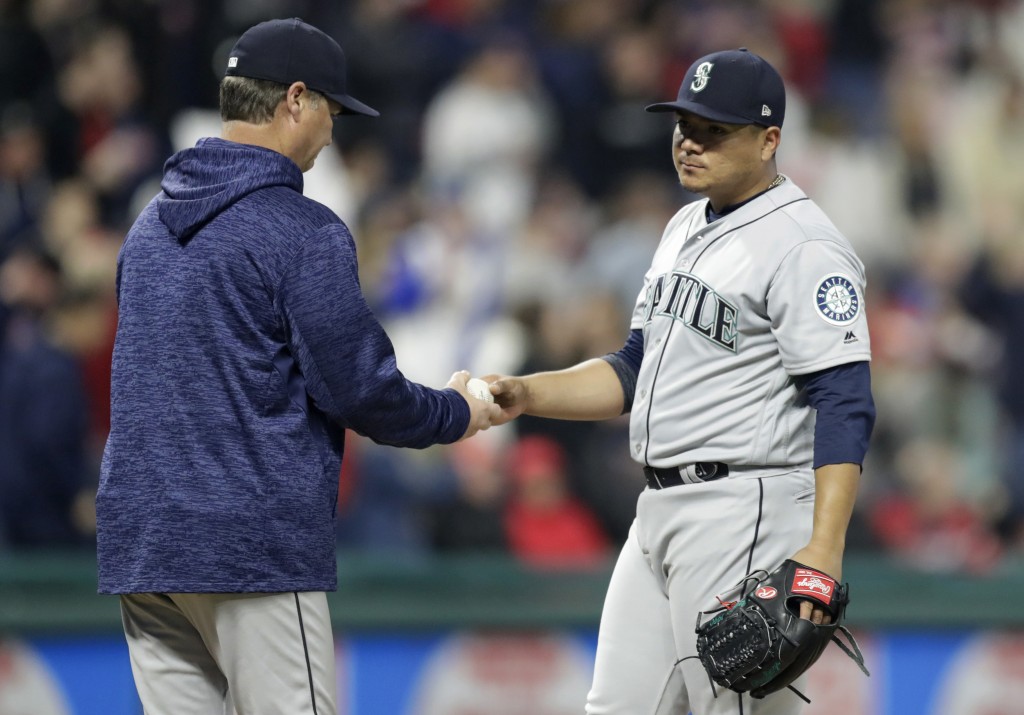 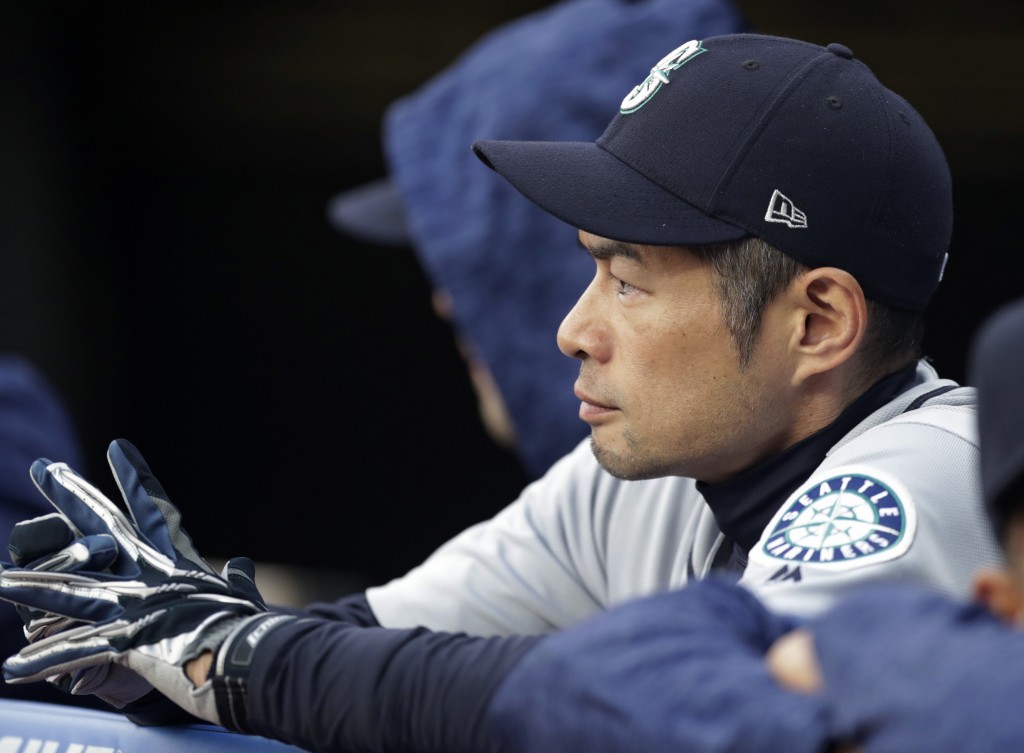 CLEVELAND (AP) — Corey Kluber struck out 10 in 8 2/3 innings and the Cleveland Indians hit five solo home runs, including three in the first inning, to beat the Seattle Mariners 6-5 on Friday night.

Kluber (4-1) reached double figures in strikeouts for the 41st time and avenged his only loss this season, when Nelson Cruz hit a two-run homer at Seattle on opening day in the Mariners' 2-1 win. The reigning AL Cy Young Award winner left with a 6-2 lead after Kyle Seager's two-out single in the ninth, the Mariners' fourth hit.

Kluber was charged with three runs. He walked three and threw 116 pitches.

Lindor, Michael Brantley and Edwin Encarnacion homered in the first, and Yonder Alonso and Yan Gomes hit consecutive drives in the sixth for a 6-0 lead against Erasmo Ramirez (0-2), who made his second start this season. Brantley added a sacrifice fly in the third and hit the Indians' first triple this season in the fifth. Brantley and Lindor each had three hits.

Kluber retired 11 in a row after two singles in the third. Haniger hit a two-run homer in the seventh.

Ramirez, who began the season on the disabled list with a strained lat, has allowed seven home runs in 9 2/3 innings.

On a night when the start was delayed by rain for 10 minutes, the Indians hit three homers in the first inning for the first time since Carlos Santana, Kipnis and Lonnie Chisenhall connected against the New York Yankees' Chad Green on July 8, 2016.

OF Jayson Werth would get a $1 million, one-year contract if added to Seattle's 40-man roster. He would earn a $150,000 bonus if he spends 100 days on the active major league roster or a major league disabled list.

GIVE IT A TOSS

Mariners: Dee Gordon crashed into the center-field wall chasing Alonso's home run. Gordon finished the sixth inning, then was removed in the seventh.

Indians: LHP Andrew Miller (strained left hamstring) plans to throw off the mound at some point during his 10-day DL stint that began Thursday.