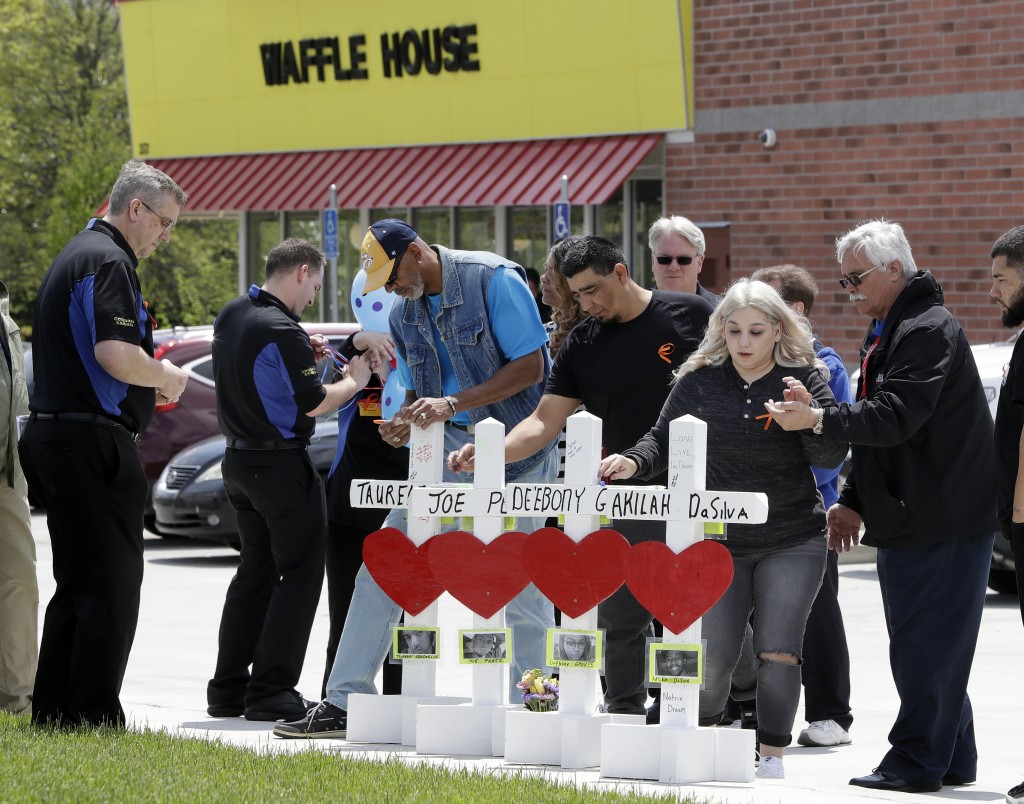 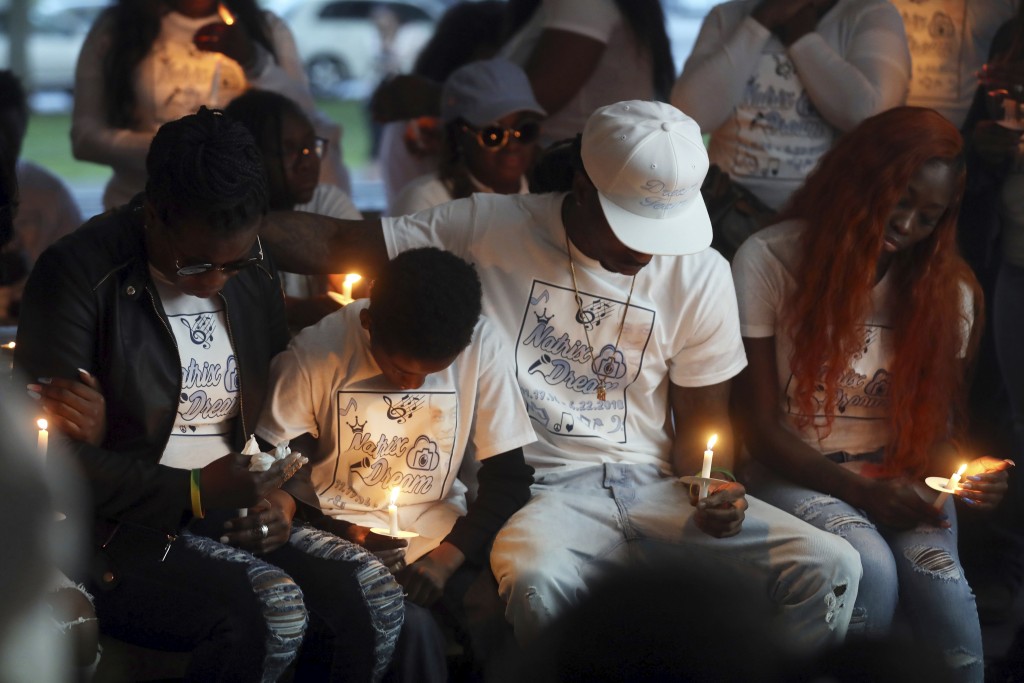 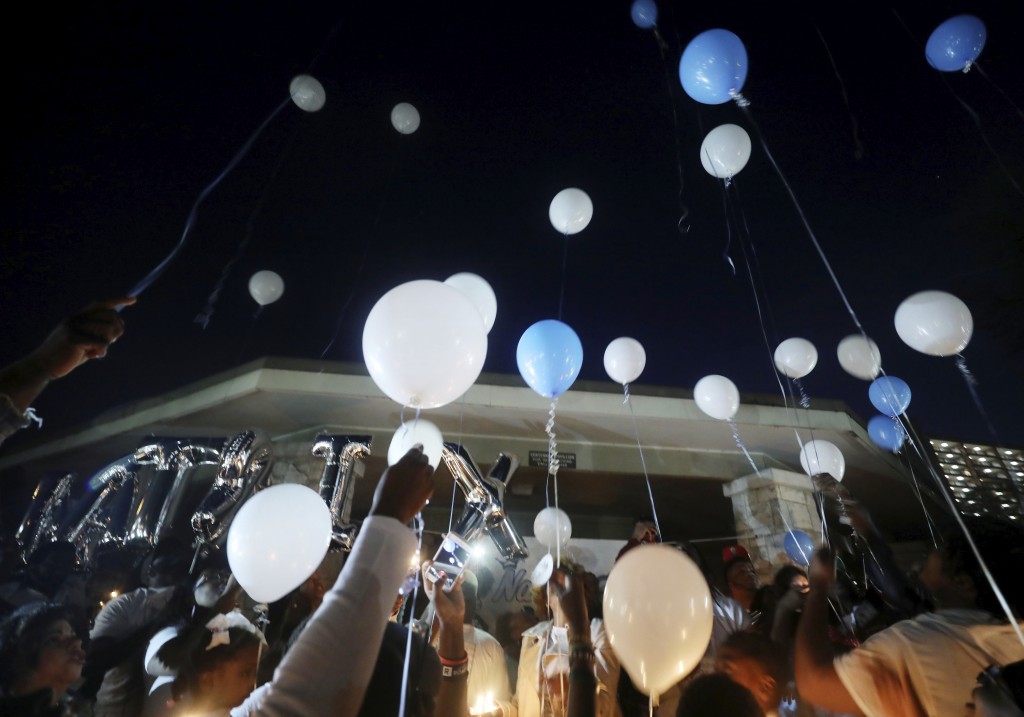 GALLATIN, Tenn. (AP) — Hundreds of people thronged a Tennessee church on Friday, some hugging and crying, as they paid their respects for a college student killed in the weekend shooting rampage at a Waffle House.

The line of mourners waiting to give their condolences to the family of DeEbony Groves, 21, was so long that it snaked outside the First Baptist Church in Gallatin. Her parents and other stood in the front of the church beside her open casket. People cried, hugged and told stories of the woman who went by the nickname of Shae (SHAY). Those who loved her wore buttons bearing her picture.

Groves was a senior at Nashville's Belmont University majoring in social work. She was remembered by family members Firday as a vivacious and outgoing woman. A beaming smile was on display in so many of the pictures shown that were taken throughout her life, including one where she is holding a fish that looks like she caught.

And while her cousins said she could easily brighten up any room, they also described her as whip smart and someone who accomplished whatever she set out to do.

Groves was very determined and was a perfectionist, her cousin, Juanesha Rodriguez, said.

"She did, I think, what she could do in the time she had," she said.

She also loved children and hated to see them hurting, said her aunt, Carol Bibbs.

Groves and three others were killed Sunday by a gunman who opened fire outside the restaurant with an AR-15 rifle and then stormed the restaurant.

Also killed was Akilah DaSilva, a 23-year-old rap artist from Antioch, Joe Perez, a 20-year-old who lived in Nashville and Taurean Sanderlin, a 29-year-old employee at the restaurant. Four people were injured.

Travis Reinking, 29, has been arrested and charged in connection with the shooting. He is facing multiple charges, including four counts of criminal homicide. A public defender listed as his attorney has not returned a message seeking comment.

Police have yet to establish a motive.