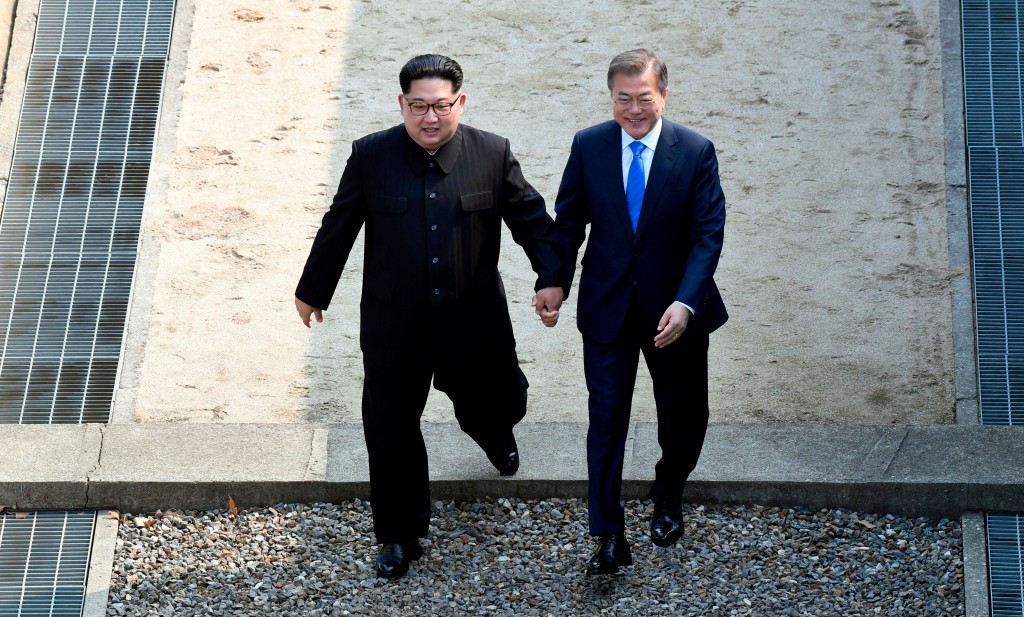 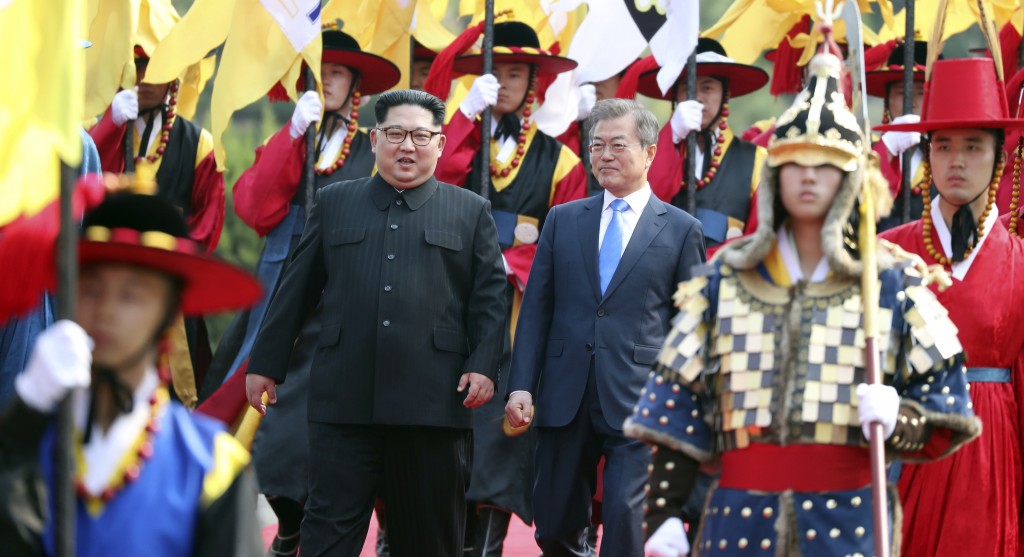 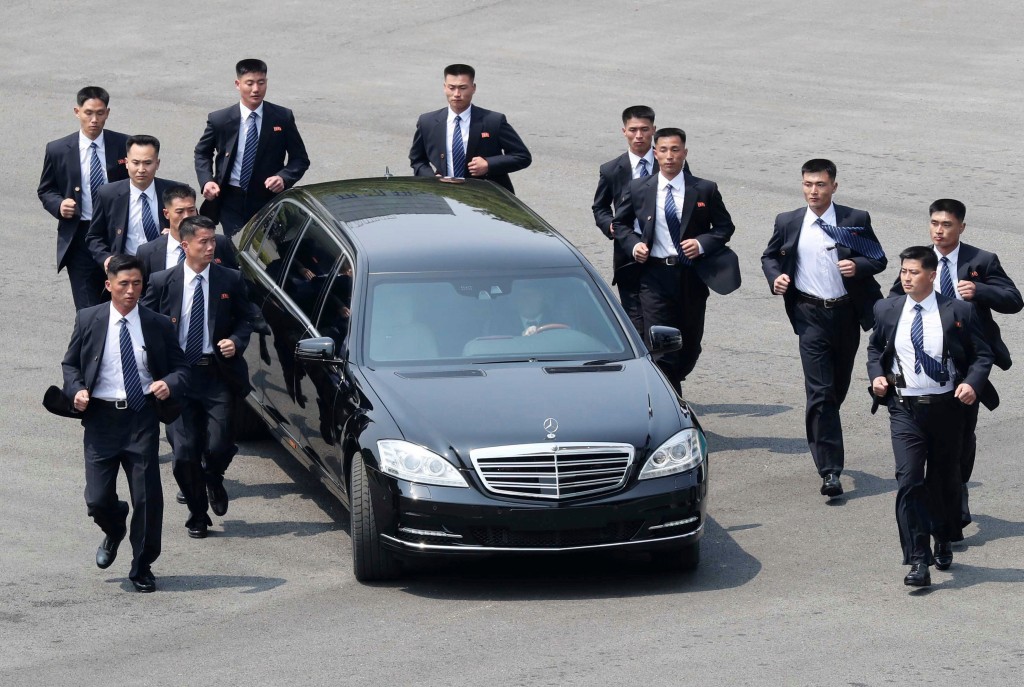 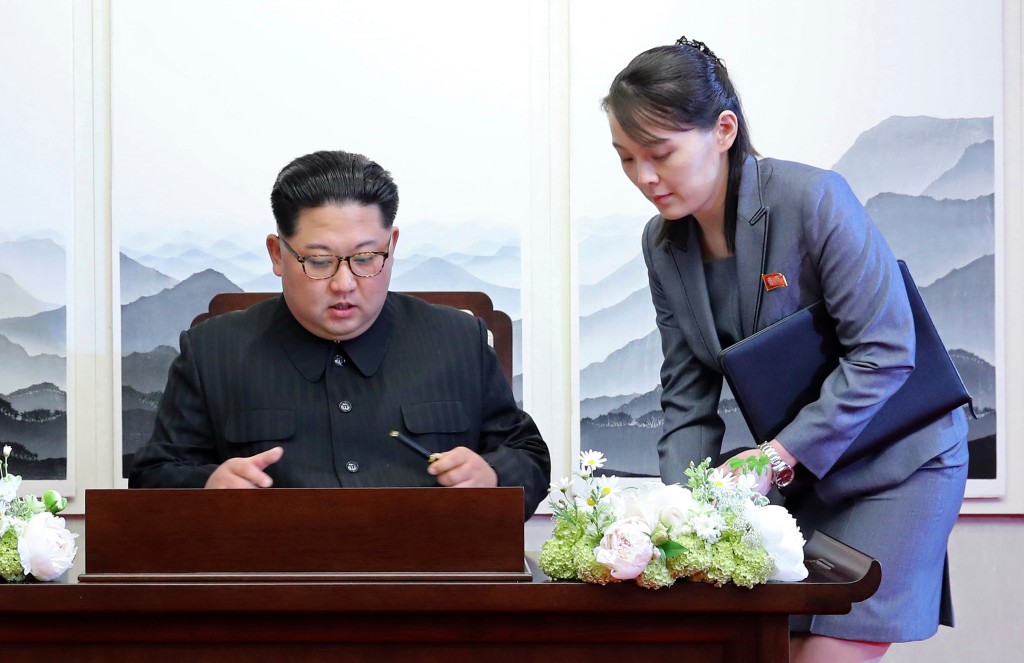 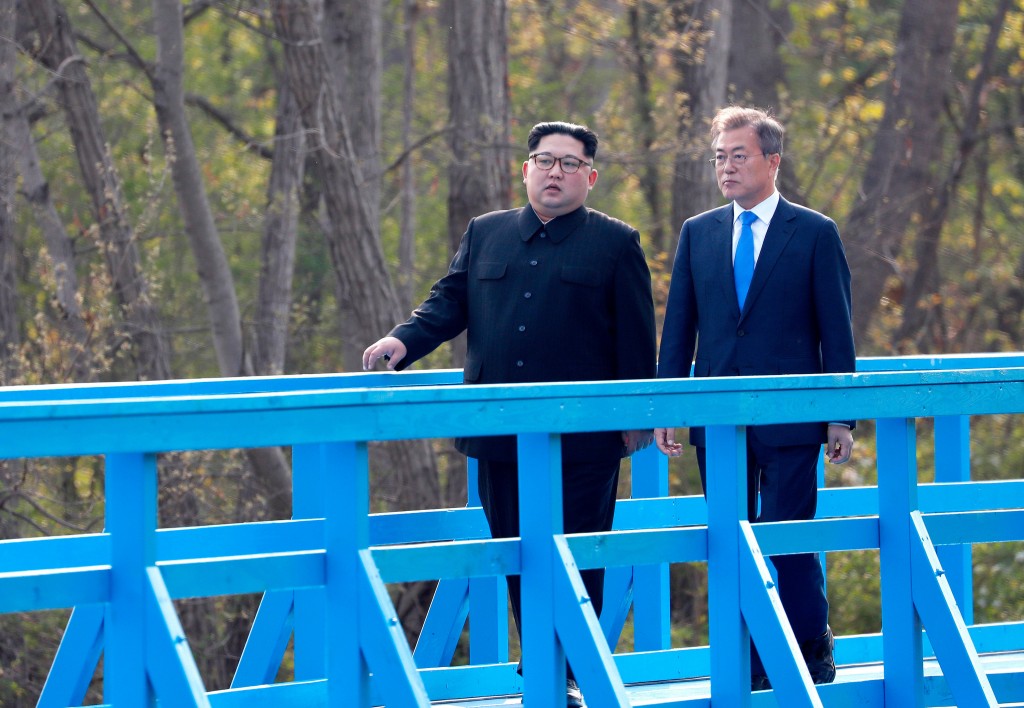 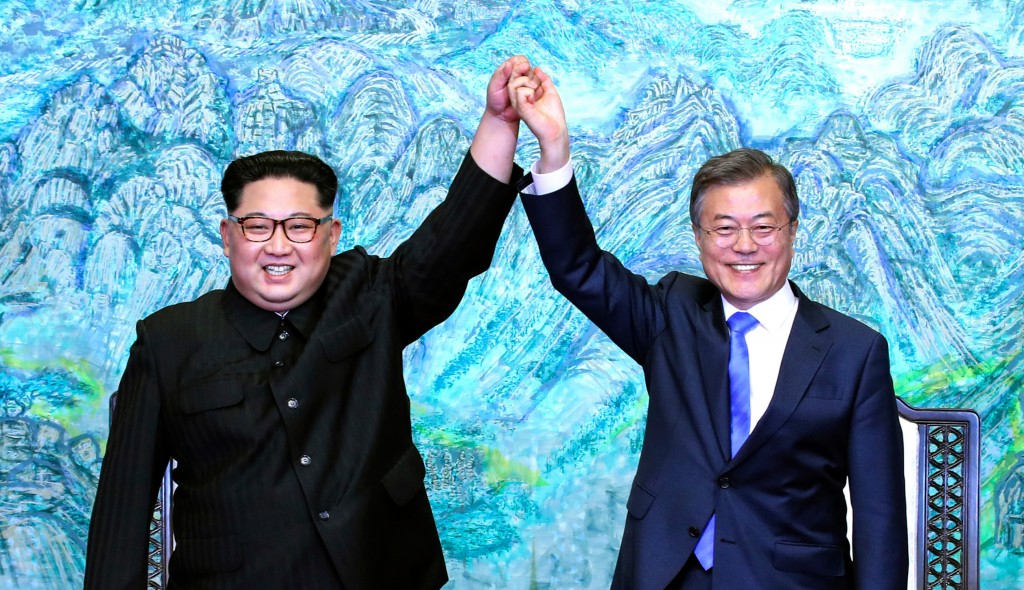 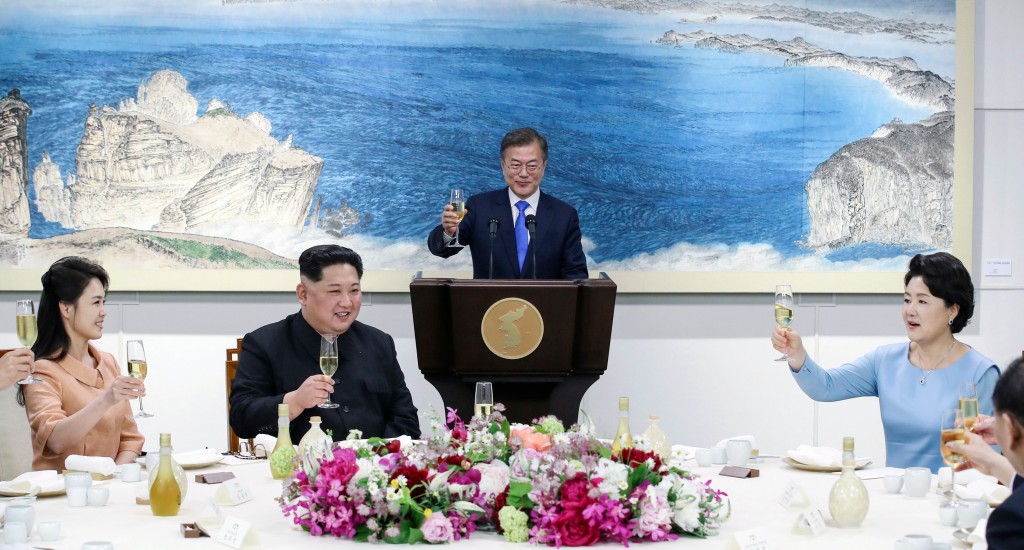 GOYANG, South Korea (AP) — A day after the two Korean leaders met for a summit along their shared border, the emotional, memorable, even funny scenes from their time together are both a bitter reminder of the Koreas' seven decades of division and an insight into the mysterious character of North Korean leader Kim Jong Un.

Here are some of the scenes that South Koreans are talking about amid the afterglow of one of the most unusual moments in recent inter-Korean history:

Kim became the first North Korean leader to set foot onto South Korean land since the 1950-53 Korean War when he stepped into the southern side of the border village of Panmunjom to meet with South Korean President Moon Jae-in on Friday.

The image that lingers is of Kim stepping across the ankle-high concrete slab that forms the military demarcation line at Panmunjom, and shaking hands with Moon, both leaders broadly smiling. Kim then took Moon's hand and led him back across the borderline into the North where they posed for a ceremonial photo together before returning to the South.

It was the first time for Moon to be in the North's territory, though his parents were refugees from North Korea during the war.

After their meeting at the borderline, Kim and Moon moved to a small plaza to inspect an honor guard before they walked together for a couple of minutes to the Peace House, the venue for the summit. Despite the relative short bout of exercise, live TV footage showed that an obese Kim was panting heavily through his mouth, his shoulders heaving a bit, as he signed a guestbook.

In 2014, Kim disappeared from the public eye for about five weeks, triggering a frenzy of speculation about his health. When he resumed his public activities, he walked with a cane. Kim's father and grandfather both died of heart ailments.

When Kim returned to the northern side of Panmunjom in a black Mercedes limousine for lunch after a morning meeting with Moon, a dozen bodyguards, all wearing black suits and blue ties, surrounded the vehicle and jogged beside it as it made its way to the North.

The men — all tall, their hair cropped short — are likely from the North's secret service.

Later Friday, as Kim returned to the South, the car moved at a faster speed and the men kept pace, running fast as they enveloped the leader. When Kim rolled back to the North after a farewell ceremony Friday night, the bodyguards reappeared and ran alongside his car again.

A North Korean security worker was also seen spraying disinfectant on the chair and table to be used by Kim at the Peace House while another used a headphone and a black, square-shaped piece of equipment to check for explosives, according to South Korean media reports.

Kim's younger sister, Kim Yo Jong, took a prominent role in the summit. She handed her brother a pen when he signed the guestbook, took his gloves after he shoveled dirt on a ceremonial tree and a bouquet of flowers that he'd been handed at the border. And she sat next to Kim, scribbling notes, during the summit with Moon.

Her proximity to her brother during most of the summit events Friday added credence to speculation that she's virtually the No.2 in the North. Kim sent her to South Korea in February to attend the opening ceremony of the Pyeongchang Winter Olympics, making her the first member of the North's ruling family to visit the South since the end of the Korean War.

Kim Jong Un acknowledged her popularity in the South when he joked to Moon during their talks that his sister has become a "star in the South," causing her face to turn red, according to Moon's spokesman, Yoon Young-chan.

Another striking moment came when the two Korean leaders chatted while strolling slowly to a footbridge in Panmunjom, where a rusty signboard marking the military demarcation line stands. There they sat and had about 30 minutes of private conversation. No one knows what they talked to each other about. The chirping of birds was all that could be heard, according to the live TV footage.

When they returned to the Peace House, they chatted again but their conversation was largely inaudible.

The two leaders close body language was also on display. They held each other's hands and raised them into the air after signing their names on what they called the Panmunjom Declaration, a joint statement following their summit. They also stood at a podium together outside the Peace House and jointly announced the deal in front of officials and pool reporters.

The declaration has lots of accords on improving inter-Korean ties and exchange programs but lacks any major progress in a U.S.-led international effort to end the North Korean nuclear standoff.

During a dinner banquet, Kim appeared a little drunk, his face red, his eyes unfocused. He didn't wear his horn-rimmed glasses as what appeared to be champagne was placed on the table before him. Kim's wife, Ri Sol Ju, and Moon's wife, Kim Jung-sook, also joined the banquet.

Kim is a big fan of French wine and once drank 10 bottles of Bordeaux in one night, media reports said, citing the Kim family's former sushi chef.