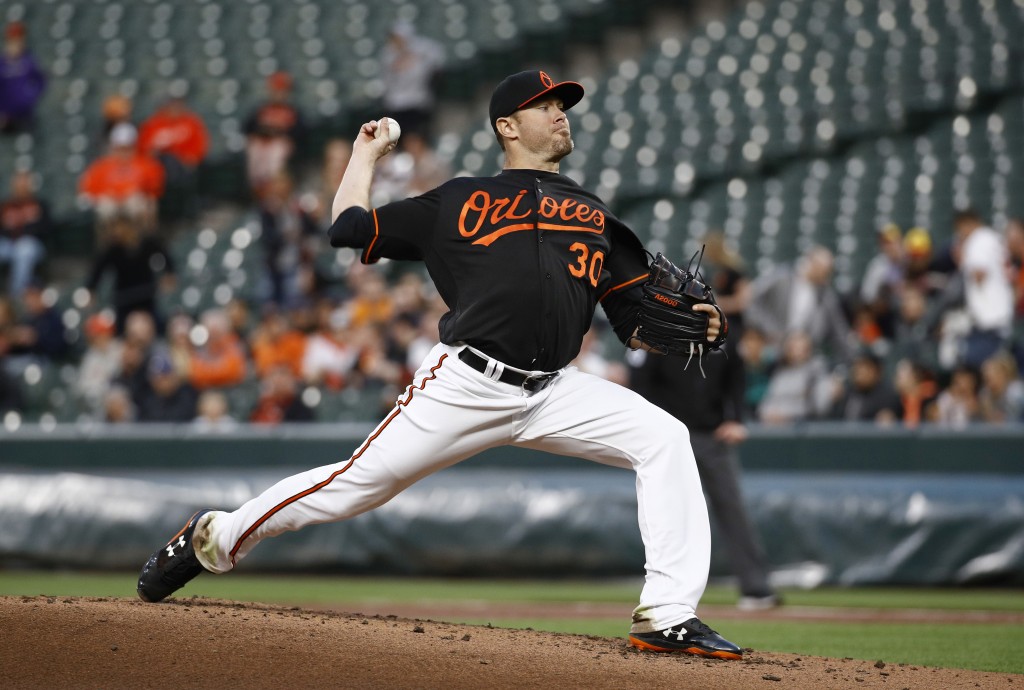 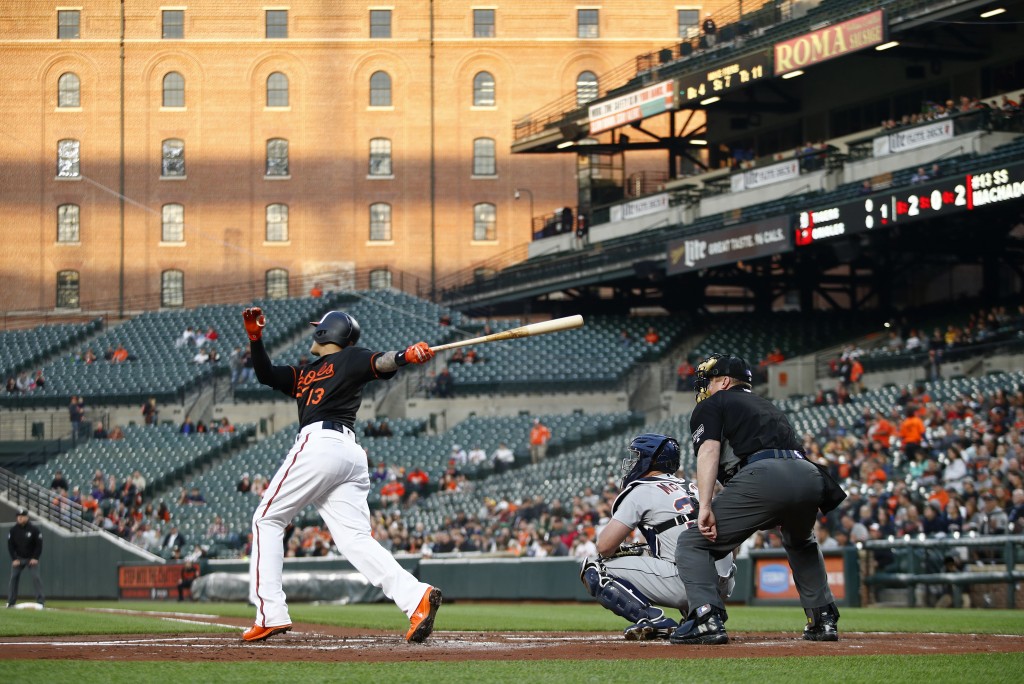 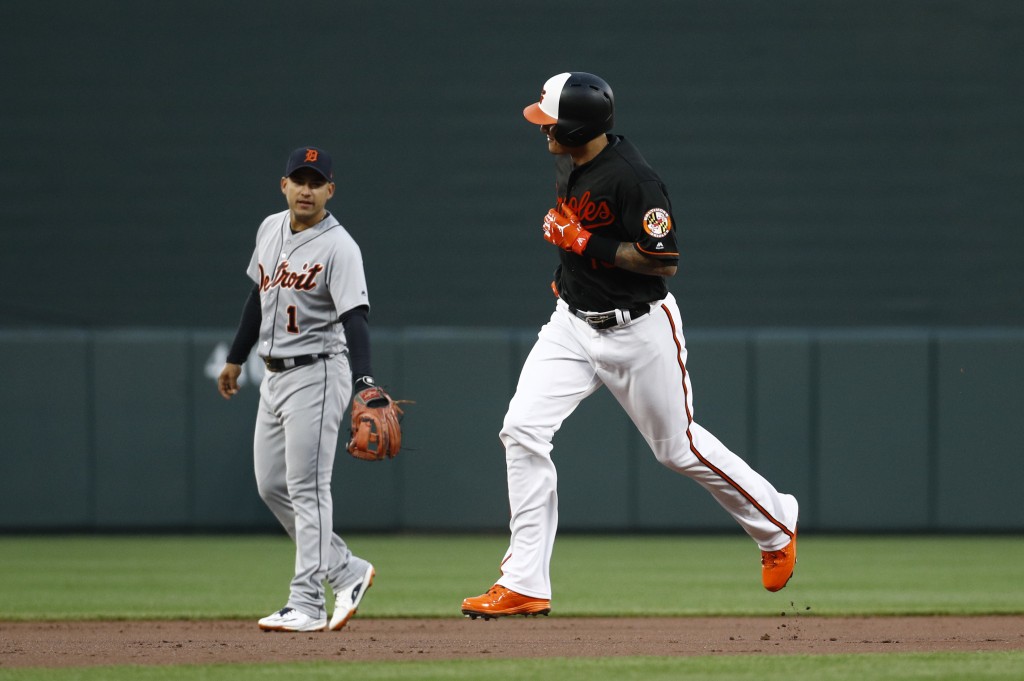 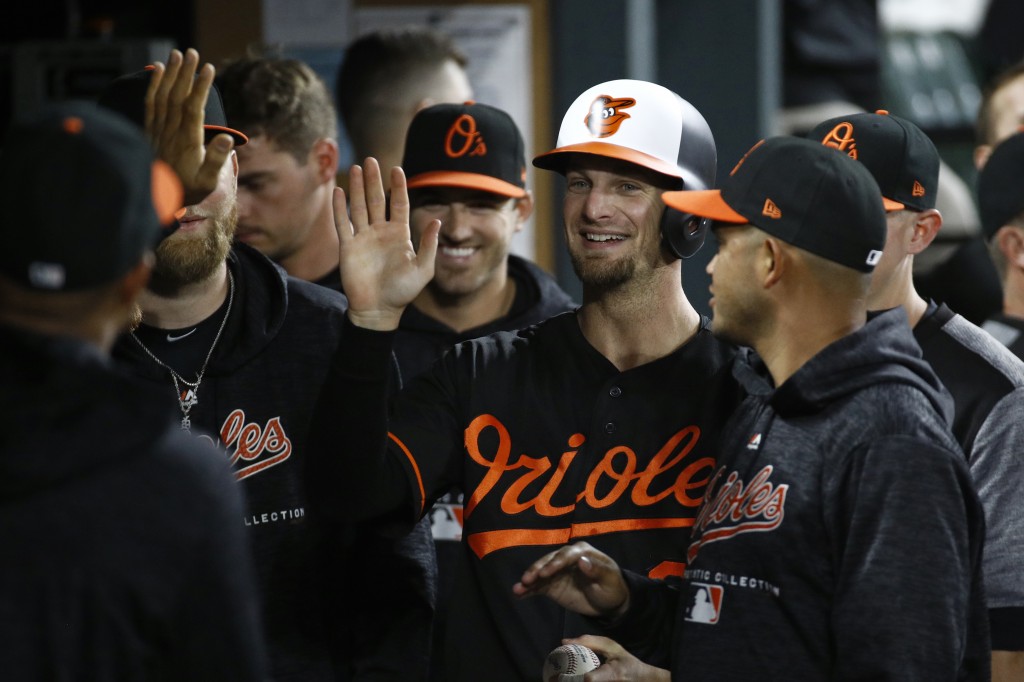 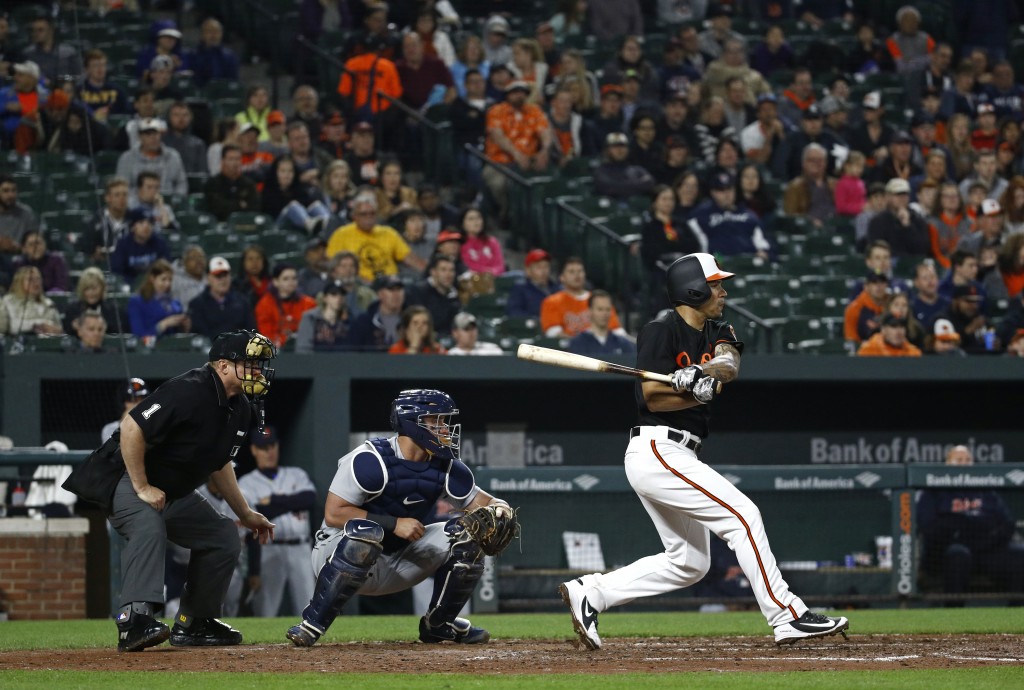 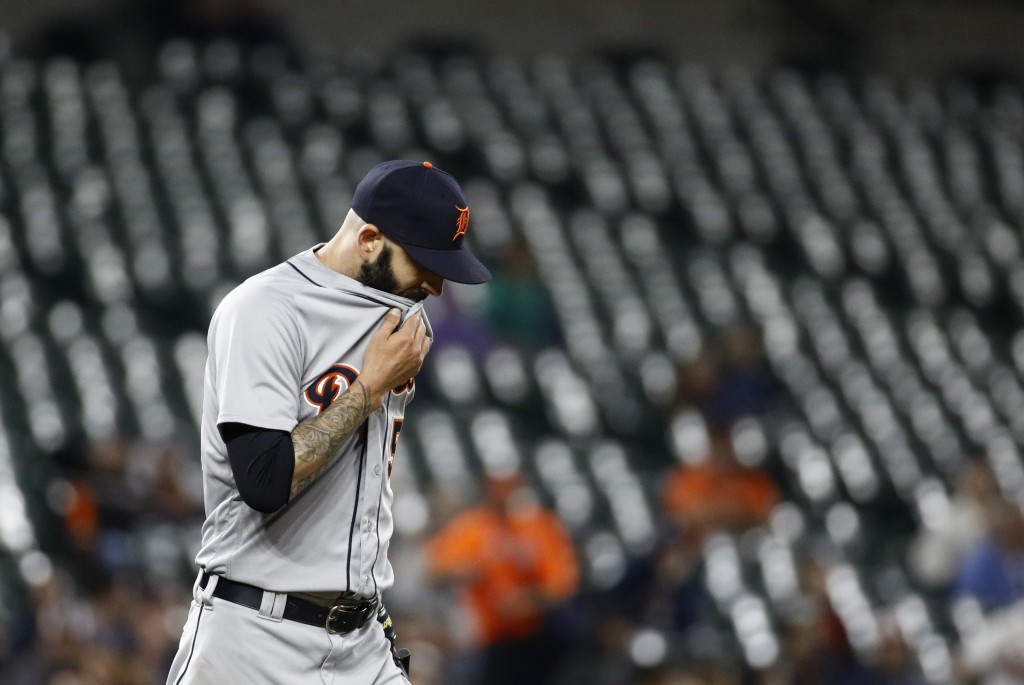 BALTIMORE (AP) — Chris Tillman pitched seven innings of one-hit ball for his first victory since last May, Pedro Alvarez went deep twice and the Baltimore Orioles snapped a five-game skid with a 6-0 victory over the Detroit Tigers on Friday night.

Tillman (1-4) struck out five and walked two on 98 pitches to get Baltimore its second win in 13 games. Tillman had gone 22 straight starts without a victory since May 7, 2017 — his first outing of last season. He also pitched past the sixth inning for the first time since Aug. 11, 2016.

Manny Machado hit his team-leading ninth home run and added an RBI single in the eighth. Richard Bleier pitched a perfect eighth before Mychal Givens closed out the ninth.

Tillman provided a much-needed performance for the Orioles (7-19), who are enduring the second worst 26-game stretch to begin a season in franchise history. The team started the 1988 season 0-21 before winning two of their next four games.

After two batters reached in the first inning, Tillman retired 10 straight before allowing a four-pitch walk to Victor Martinez with two outs in the fourth. He did not allow a hit until Jose Iglesias lined a one-out double in the fifth.

Mike Fiers (2-2) allowed three runs and four hits with five strikeouts and one walk over six innings for the Tigers, who have lost three straight.

Machado gave the Orioles the lead in the first with a solo homer to center. Fiers retired 12 in a row before Alvarez homered in the fifth. Fiers had allowed two homers in his previous three starts.

An RBI single by Jace Peterson that caromed off second base provided a 3-0 lead in the sixth. Alvarez hit a two-run shot off Johnny Barbato, who joined the team from Triple-A Toledo on Thursday.

For the second straight night, Peterson took advantage of an infield shift on the bases. With Fiers focusing on Chris Davis at the plate, Peterson easily stole third with no one covering the bag. He executed almost an identical play the previous night against Tampa Bay and Chris Archer, who ran off the mound but could not beat Peterson to the base.

Tigers: 3B Jeimer Candelario returned to the starting lineup Friday after dealing with soreness in his left wrist.

Orioles: 2B Jonathan Schoop (oblique strain) will play in an extended spring training game Wednesday in Sarasota, Florida, and then join Double-A Bowie by Friday for a rehab assignment.

Tigers: Francisco Liriano (2-3, 3.13 ERA) fell short in a bid for his second career no-hitter Sunday against Kansas City when Whit Merrifield led off the sixth with a solo home run.

Orioles: Andrew Cashner (1-3, 3.60 ERA) is looking to snap a two-game skid. He has allowed just 3 hits in 28 at-bats with runners in scoring position.