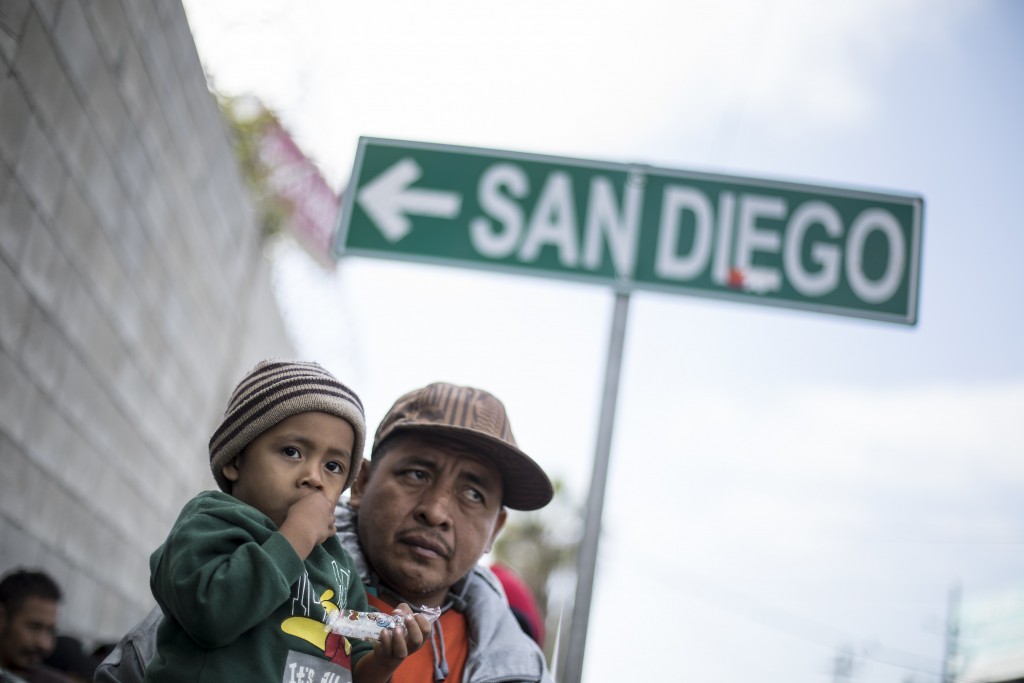 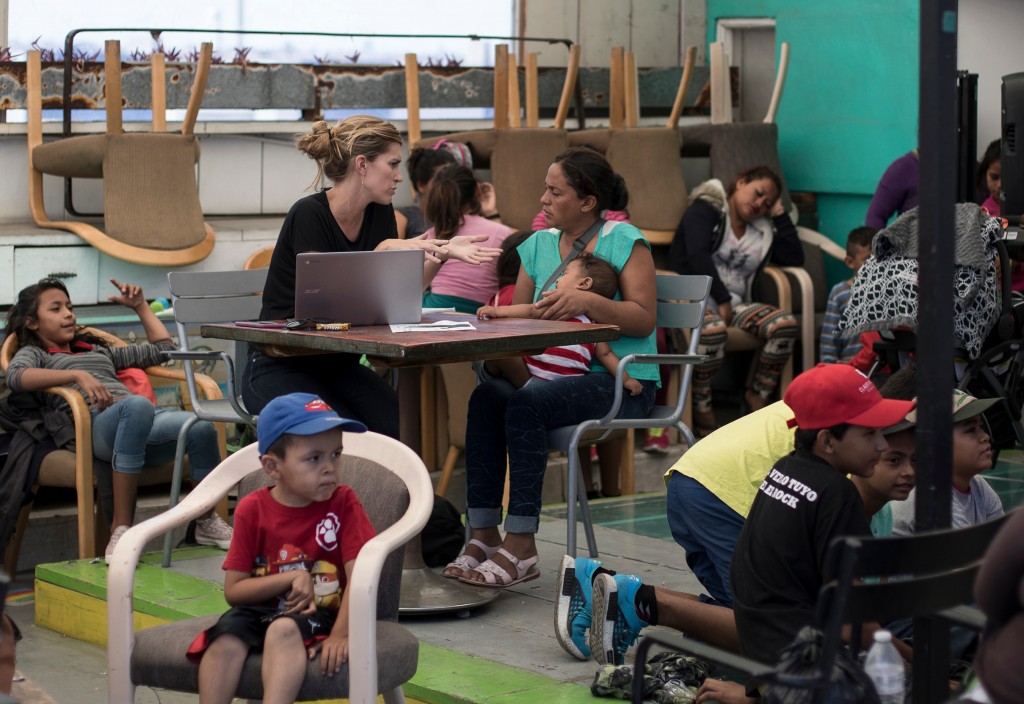 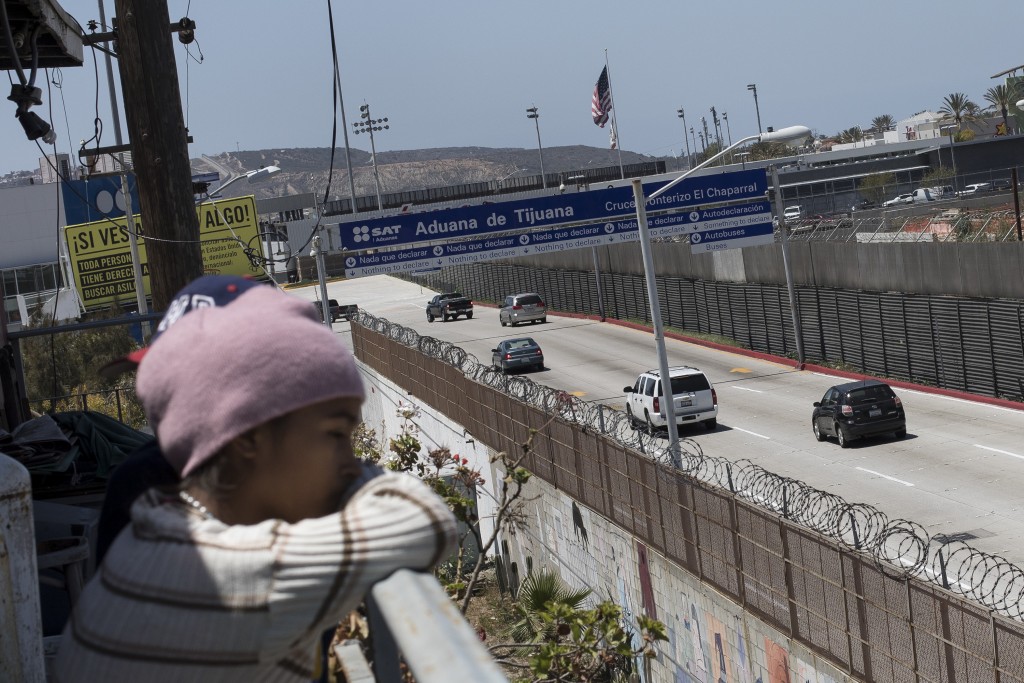 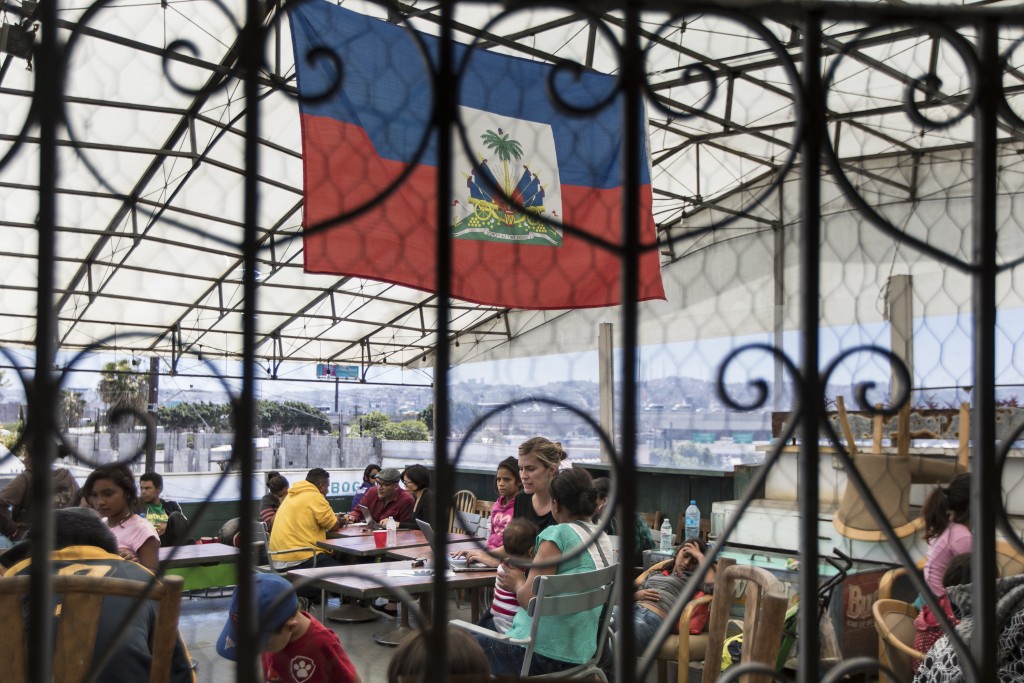 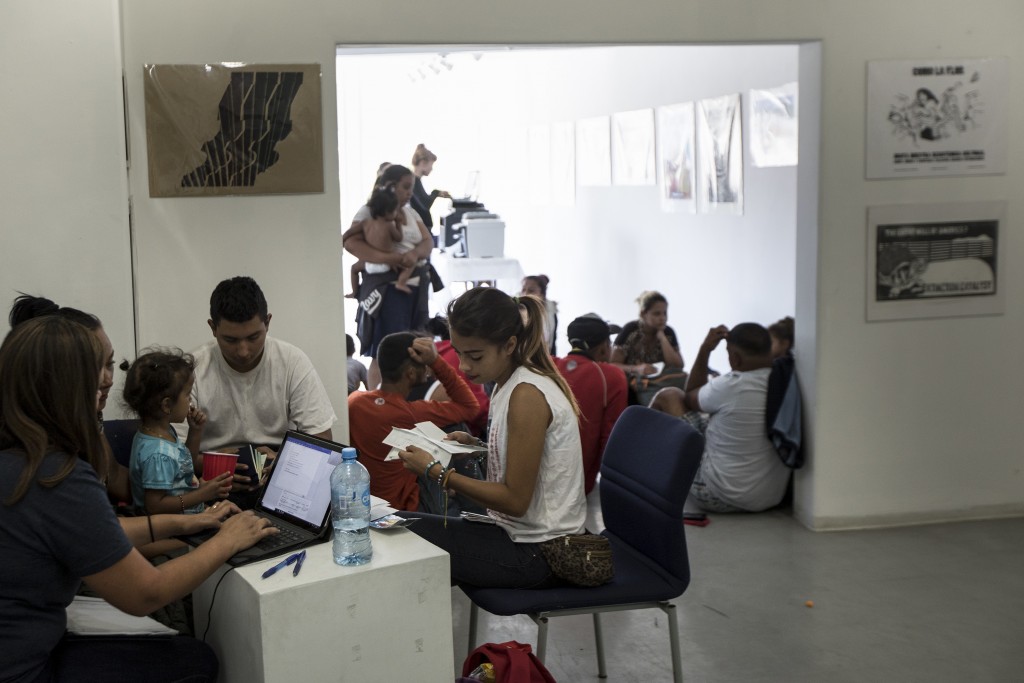 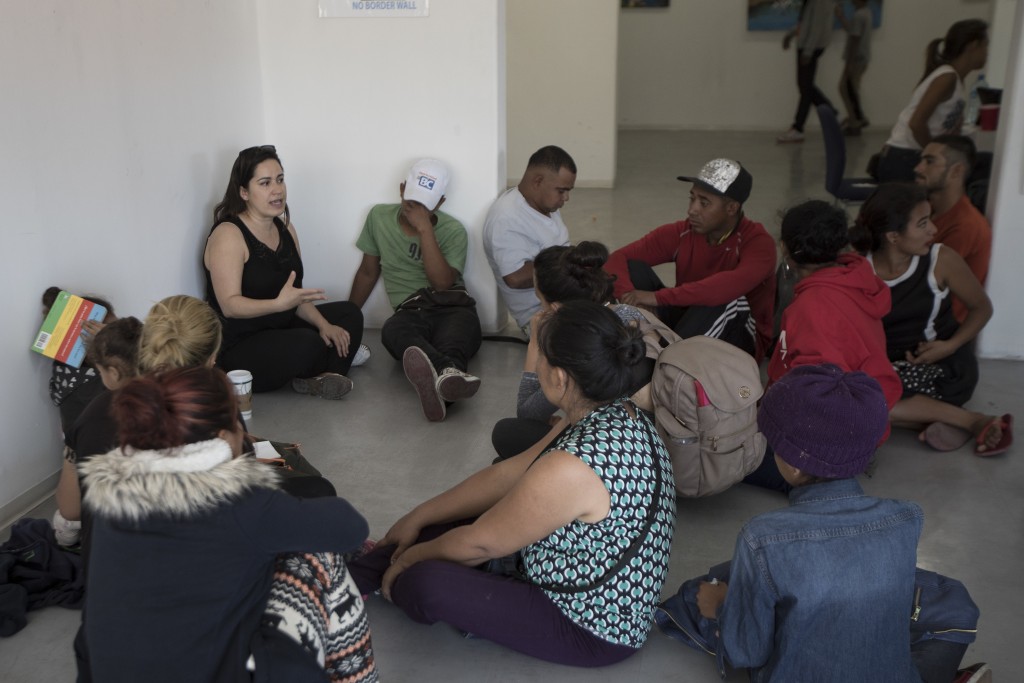 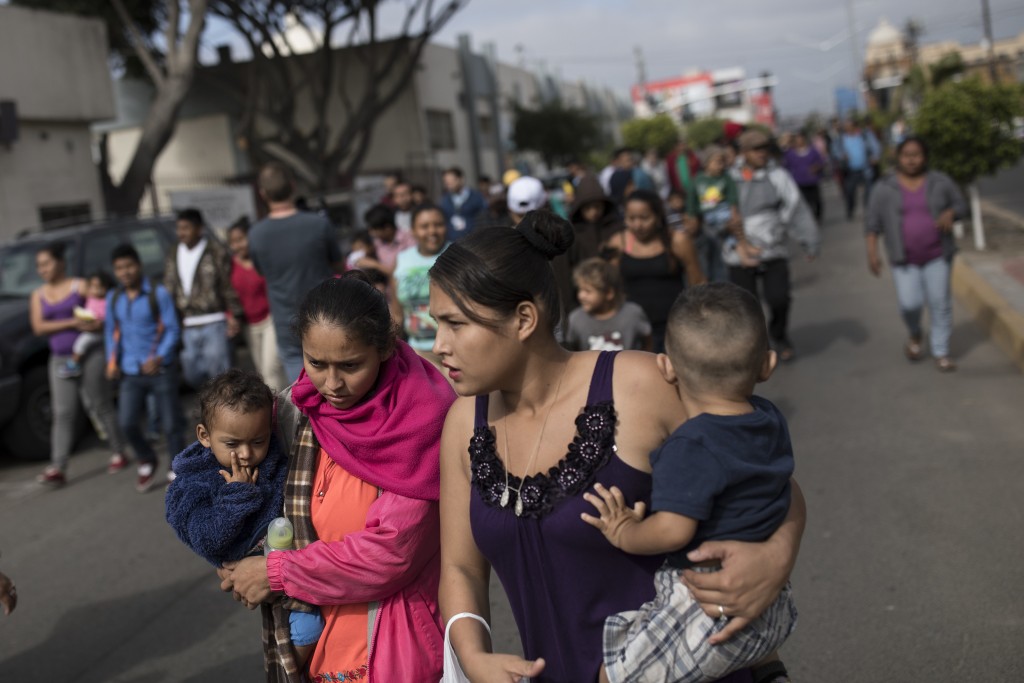 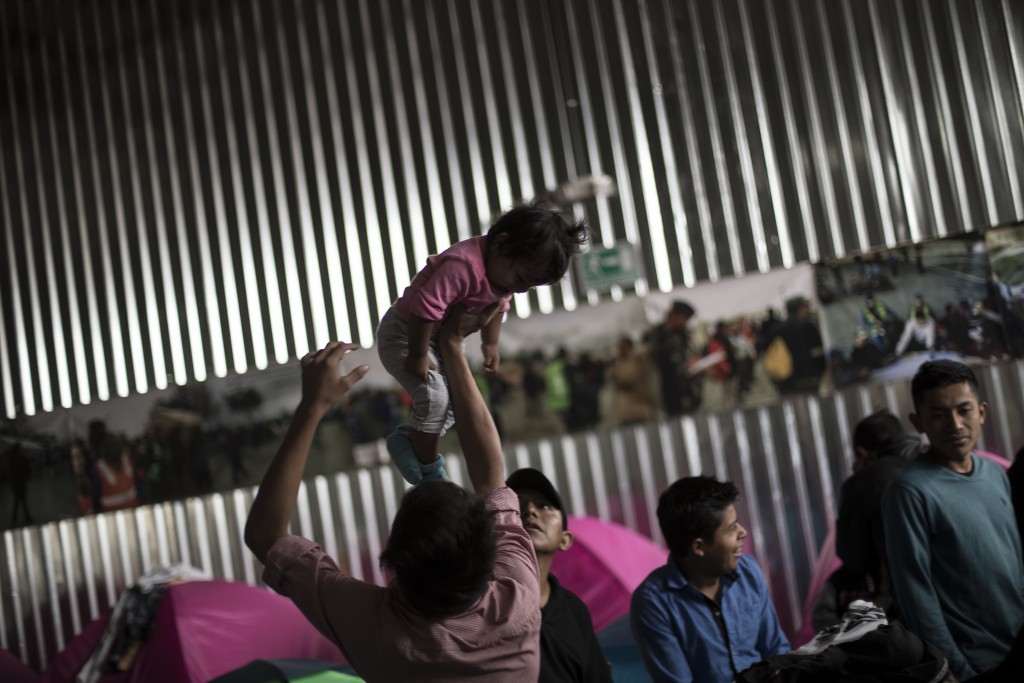 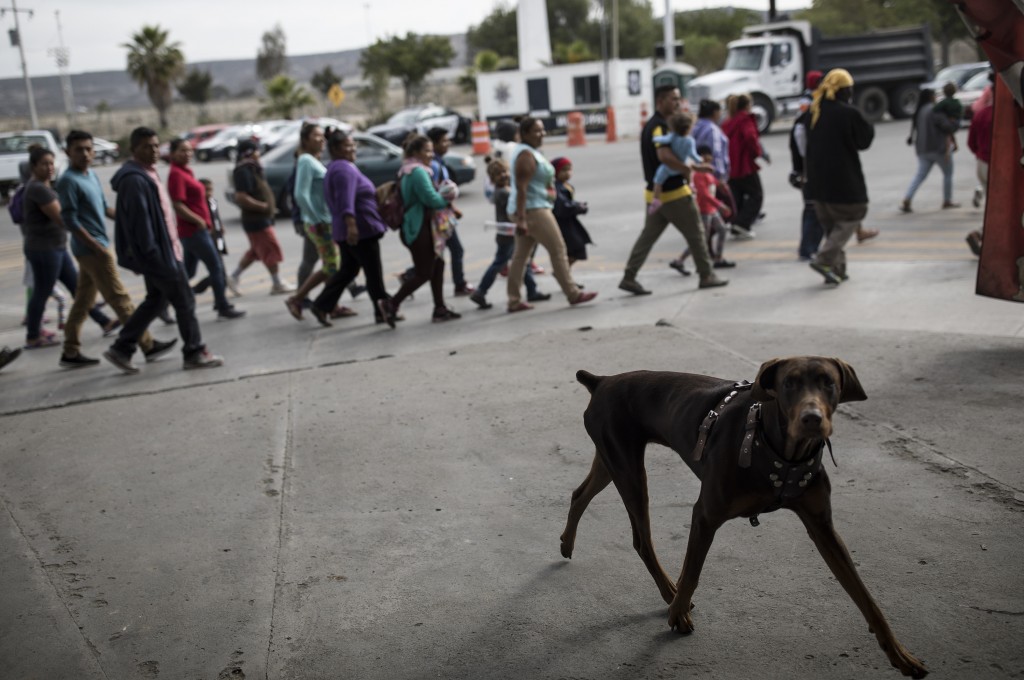 TIJUANA, Mexico (AP) — About 20 volunteer U.S. lawyers gave legal workshops Friday just across the border in Mexico to Central American asylum seekers who traveled in a "caravan" that has been harshly criticized by President Donald Trump.

Journalists were not allowed inside the sessions for about 300 migrants that took place at a civic group's office, at Tijuana's largest migrant shelter and at an art gallery in a building that once housed a cross-border tunnel used to smuggle drugs into San Diego.

The lawyers gave information about the U.S. asylum process while the children of the mostly female migrants played. The migrants were warned they could face long periods of separation from their children and lengthy detention if they are allowed to stay in the U.S.

The migrants plan to head to the border on Sunday, setting up a showdown with the Trump administration — which has warned that some could face detention, prosecution and deportation. Most Central American migrants seeking asylum in the U.S. cite the threat of gang violence in their homelands.

The lawyers and advocates met one-on-one with some of the migrants but did not coach them on what to say and what not to say when they meet with U.S. immigration officers on Sunday, said Alex Mensing, an organizer of the effort with the Pueblos Sin Fronteras group.

Homeland Security Kirstjen Nielsen warned this week that any person trying to cross into the U.S. who makes false claims to immigration authorities will subject to criminal prosecution. She said prosecution was also possible for any people who might assist or coach immigrants to make false claims in bids to enter the U.S.

Mensing said the lawyers helping the migrants might offer opinions on individual cases, just like any lawyer would for a client.

"We always emphasize you have to tell the truth," Mensing said.

Caravans have been a fairly common tactic for advocacy groups to bring attention to asylum-seekers and the latest is smaller than previous efforts compared to previous border surges, but gained huge visibility after Trump unleashed strong criticism when it began March 25 in the Mexican city of Tapachula, near the Guatemala border.

Trump cited the caravan as justification for the border wall he wants to build, even though the asylum-seekers plan to turn themselves in to border inspectors and are legally entitled to seek protection. He said he ordered the Homeland Security Department to "stop the caravan."