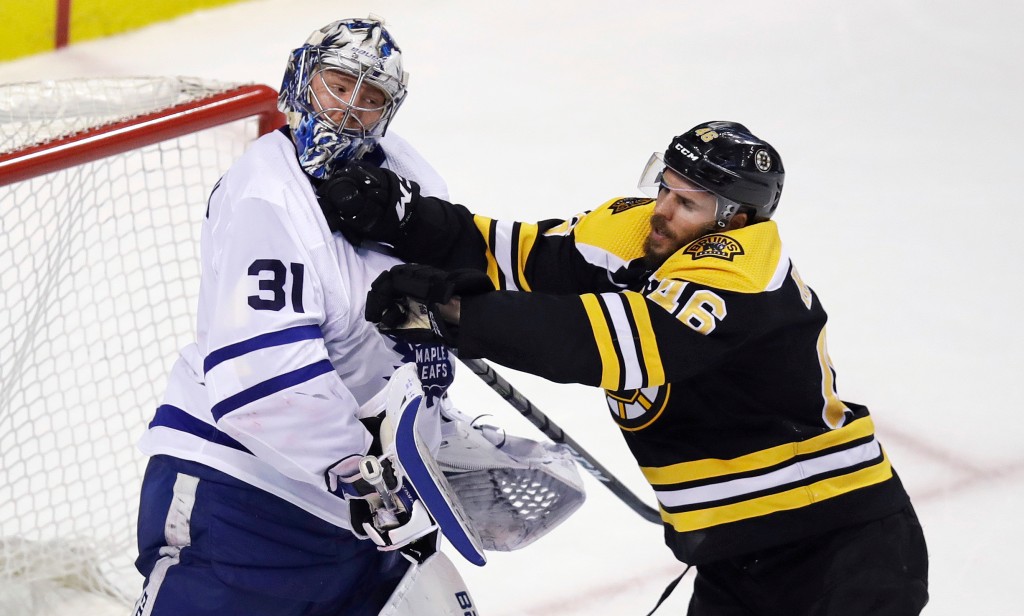 TAMPA, Fla. (AP) — Tampa Bay hasn't played in a week, while Boston is coming off a hard-fought, seven-game playoff series.

Neither the Lightning nor the less-rested Bruins expect that to mean anything when their second-round playoff series begins Saturday.

A single point separated the Atlantic Division rivals in the standings after the race for the top seed in Eastern Conference came down to the final night of the regular season, and there's every reason to believe this best-of-seven matchup will be just as tight.

"Obviously, these were the top two teams in the division, and it was a close call until the last game on who was going to finish first and second," Lightning defenseman Victor Hedman said.

"It's going to be a tough matchup. They are great team, so are we," the Norris Trophy finalist said. "It's going to come down to the small detail in the game. We have the skill and depth up front to score goals, but we have to keep the puck out of our net."

Boston won three of four meetings between the teams the regular season.

The Bruins are bracing for a tough test, too.

"It's going to be a battle," Bruins forward Brad Marchand said. "They were a top team all year. They compete very hard, have a ton of skill, and they have a lot of depth."

The Lightning earned home-ice advantage for the series by finishing one point ahead of Boston in the standings. In fact, it all came down to the final night of the season, when the Bruins were playing Florida in a makeup game for a Jan. 4 game postponed by a snowstorm.

"We're not going to allow one game to define us, yet we understand the meaning," coach Bruce Cassidy said then. "We let one get away, an opportunity lost to have home-ice advantage, and we'll see if that haunts us down the road. I think it's too early to tell that right now."

NOT THE FIRST TIME

The Lightning and Bruins are facing each other in the postseason for only the second time. The other meeting was in the 2011 Eastern Conference Final, won by Boston in seven games.

In the four playoff games the Bruins won against Toronto, the trio of Patrice Bergeron, David Pastrnak and Brad Marchand had a combined 30 points. In the three games they lost, they were held completely scoreless.

"They're our most important line," defenseman Torey Krug said after they tallied three goals with four assists in Game 7. "They're the best line in the NHL, and when they're going it's hard to stop."

Marchand will do whatever it takes to get under the skin of his opponents, and in the first round that meant skating up to Toronto forward Leo Komarov and appearing to lick his face. (In November, he appeared to kiss Komarov on the cheek.)

Several news organizations reported this week that the NHL sent a message to Marchand to knock it off, but he said he has received no such message. "This is false," he tweeted in response to a Boston Globe story that picked up on the original report, from Sportsnet.

Lightning coach Jon Cooper was asked how he views Marchand.

"To be honest, what I have seen of him, what goes on out on the ice, he's a competitive you know what and I love that. I think some of the greatest comments you can give a player is I hate that kid but I do wish he was on my team," Cooper said.

"I was fortunate enough during the All-Star game to meet him ... and off the ice to spend a little time. It actually was disappointing, I was hoping he was going to be an idiot. I was hoping I wasn't going to like him," Cooper added. "But he was unreal, and it's amazing that a guy who is that kind and nice and outgoing and friendly is the same guy who jumps on the ice. You have to respect that about him. And when that kids jumps on the ice, he comes to play."