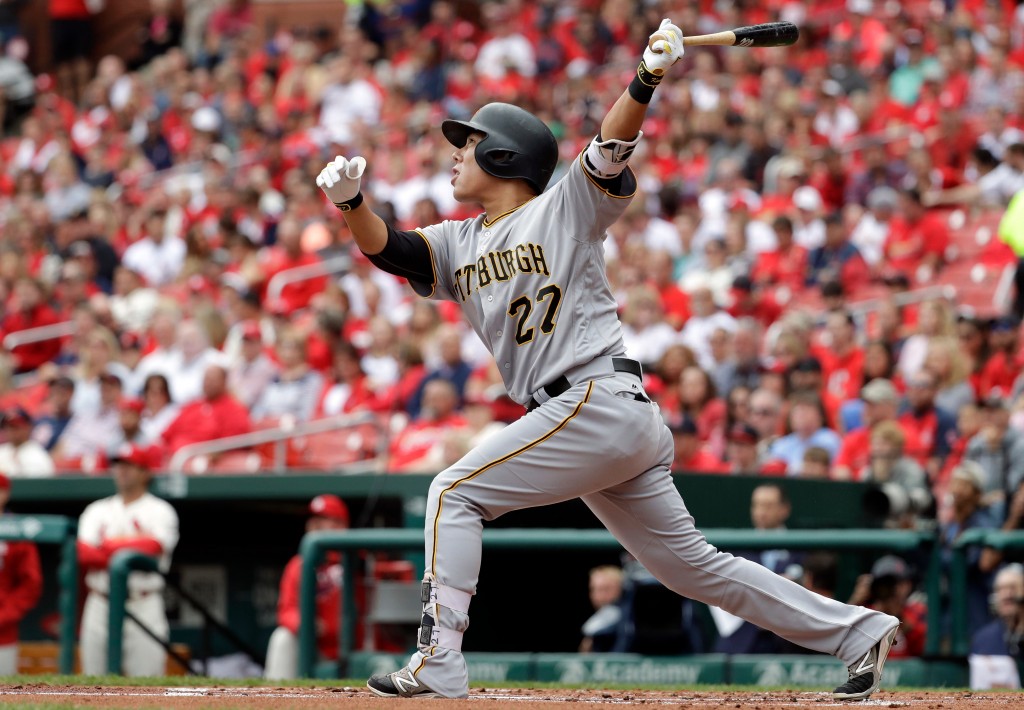 PITTSBURGH (AP) — Jung Ho Kang will begin his attempt to return to the major leagues Monday when the infielder reports to the Pittsburgh Pirates' extended spring training camp in Bradenton, Florida.

"He has a lot of work ahead of him," Pirates general manager Neal Huntington said Friday before the Pirates played the St. Louis Cardinals. "He hasn't played competitive baseball for a long time."

Pittsburgh said Thursday that Kang received a work visa to come to the United States and resume his career. He had been working out in the Dominican Republic, where he had a short stint of winter ball during the offseason.

"After a long, painful process, I am excited to have a chance to return to the game that I have missed so much," Kang said in a statement released by the Pirates. "My focus is first on becoming the best person that I can be. Secondly, I look forward to getting to Pirate City and demonstrating that I am committed to doing whatever I can to get back to Pittsburgh and help the Pirates win. I will not disappoint anyone anymore."

The 31-year-old Kang last played for the Pirates in 2016. He was arrested in his native South Korea on DUI charges for a third time in December 2016 and received an eight-month suspended prison sentence that led to the visa issues.

The Pirates have not announced a timetable for Kang's return to the major leagues or to a minor league affiliate.

Kang will continue to take part in a major league substance abuse treatment program and will not be subject to disciplinary action.

"He hasn't played competitively in a long time and he's paid a heavy price," Huntington said. "He has gone more than a year without any service time or pay. He's very remorseful for his actions. He knows he let a lot of people down."