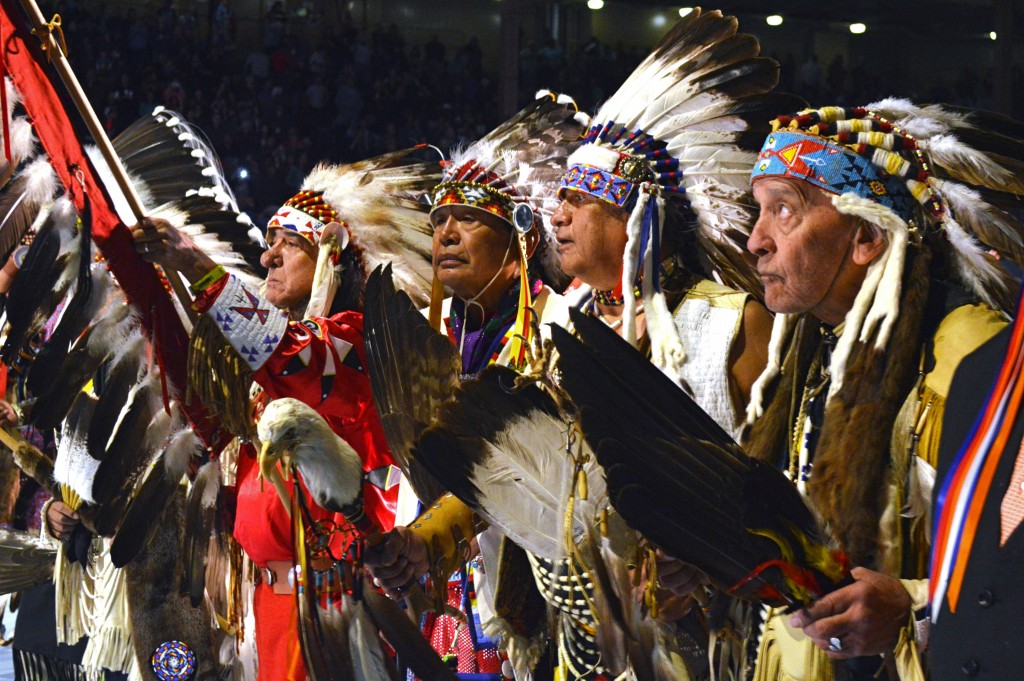 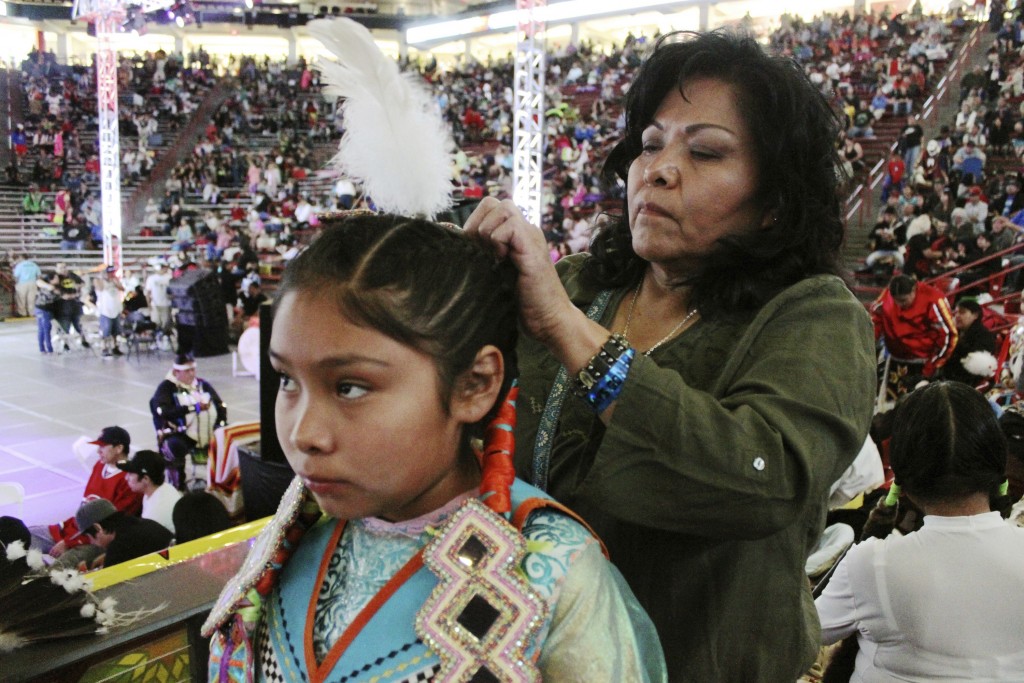 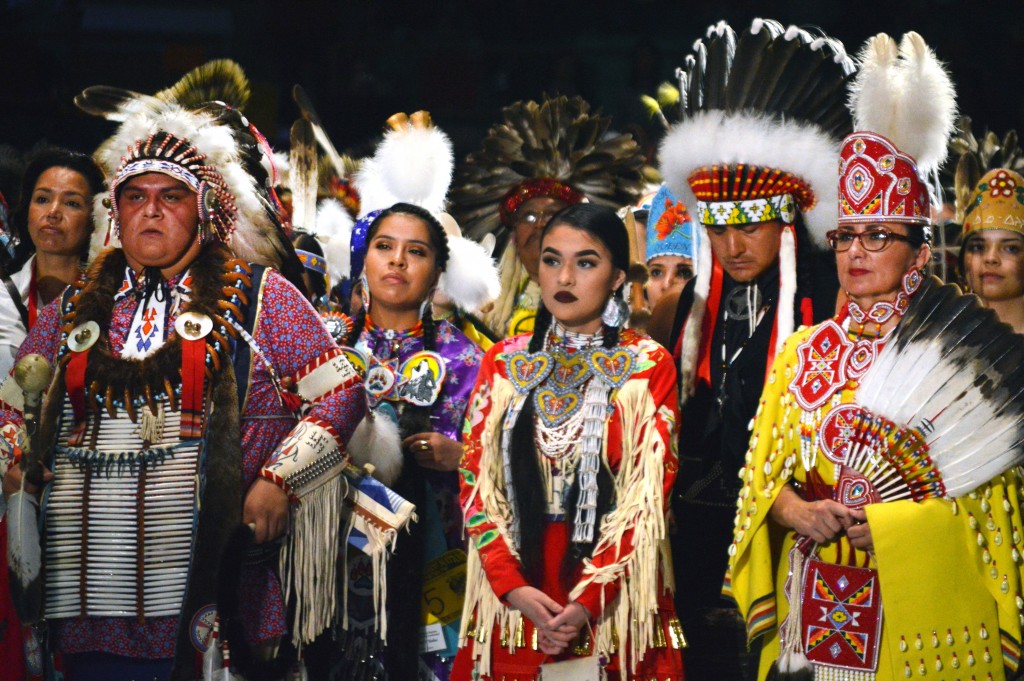 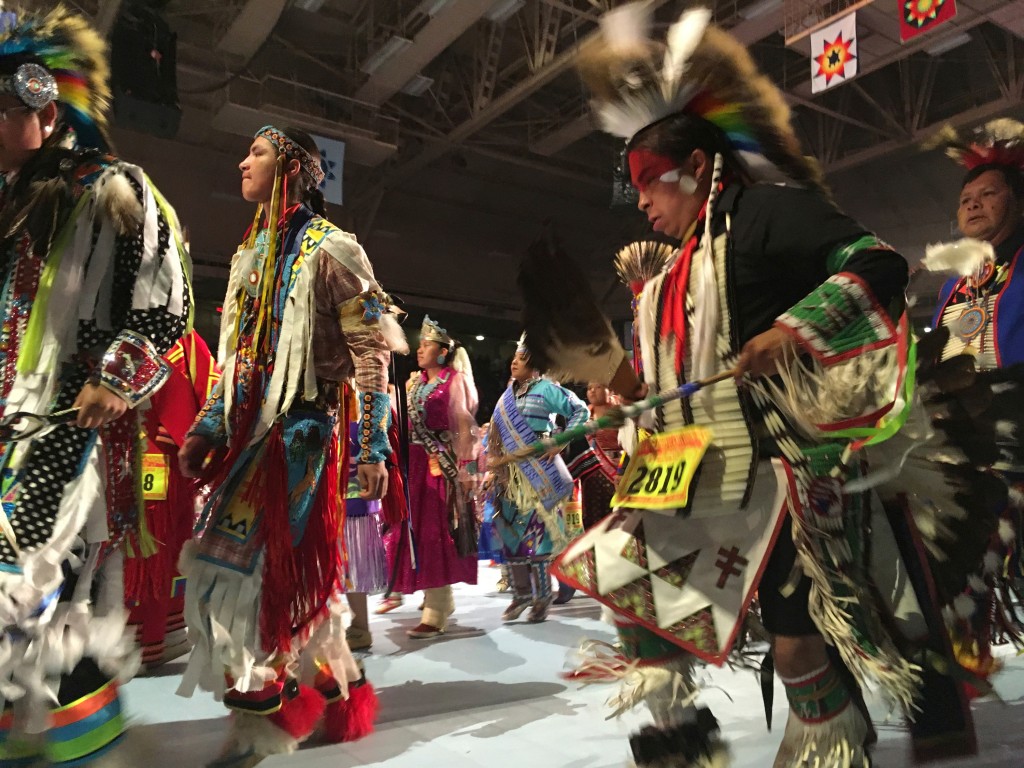 ALBUQUERQUE, N.M. (AP) — The Gathering of Nations, one of the world's largest gatherings of indigenous people, started Friday in Albuquerque. The annual event attracts about 3,000 dancers from hundreds of tribes from the U.S., Canada and Mexico and draws about 80,000 visitors who come to see dances, drum contests and competitions.

The Native American event is a powwow — a pan-American Indian celebration featuring song, dance and prayer. They are held in stadiums, rural community centers or high school gyms and offer an opportunity for American Indians from different tribal nations with diverse histories to come together to reaffirm their shared experiences and reunite with friends.

Here's a look at how powwows began and have evolved over the years:

HISTORY OF THE POWWOW

Native American tribes for centuries come together for ceremonies and communal feasts, inviting outsiders and other tribal communities to take part. The term "powwow" comes from the Algonquin word "pau-wau" referring to a gathering of spiritual leaders.

According to "Powwow," a 2006 anthology of scholarly essays about the event, modern powwow culture first appeared in the 1930s and maintained ties to specific tribal and communities practices.

U.S. law outlawed traditional dance and public religious practices until the law was rescinded in 1930s, giving rise to a new powwow culture. It soon became an important element of the post-World War II pan-Indian movement and quickly transformed into one of the most popular expressions of ethnic awareness in Indian Country, especially among tribes in the Plains.

Today, many powwows follow similar templates, with local customs shaping dances and contests during the events. The gatherings usually begin with a prayer and a formal opening led by a tribal elder and dancers from various tribes in a display of Native American unity.

Dancers and singers wearing intricate, colorful regalia compete in different categories and age groups and performers take part in drum contests before a panel of judges.

The Gathering of Nations began in 1983 in a gym at present-day St. Pius X High School in Albuquerque and moved to Expo New Mexico soon after. The event relocated to the University of New Mexico and is now held at the Expo New Mexico fairground.

Over the years, it morphed into one of North America's most popular powwows and has been showcased in popular culture ranging from literature to movies. A character in the 1998 movie "Smoke Signals," for example, said the Gathering of Nations was such a powerful pan-Indian event that it would have kept Columbus away if it had existed in 1492.

It's not the only large powwow. Others include the Denver March in Colorado in March, Red Earth in Oklahoma City in June, Crow Fair in Montana in August and Schemitzun on the Mashantucket Reservation in Connecticut in August.

Associated Press writer Russell Contreras is a member of the AP's race and ethnicity team. Follow Contreras on Twitter at http://twitter.com/russcontreras