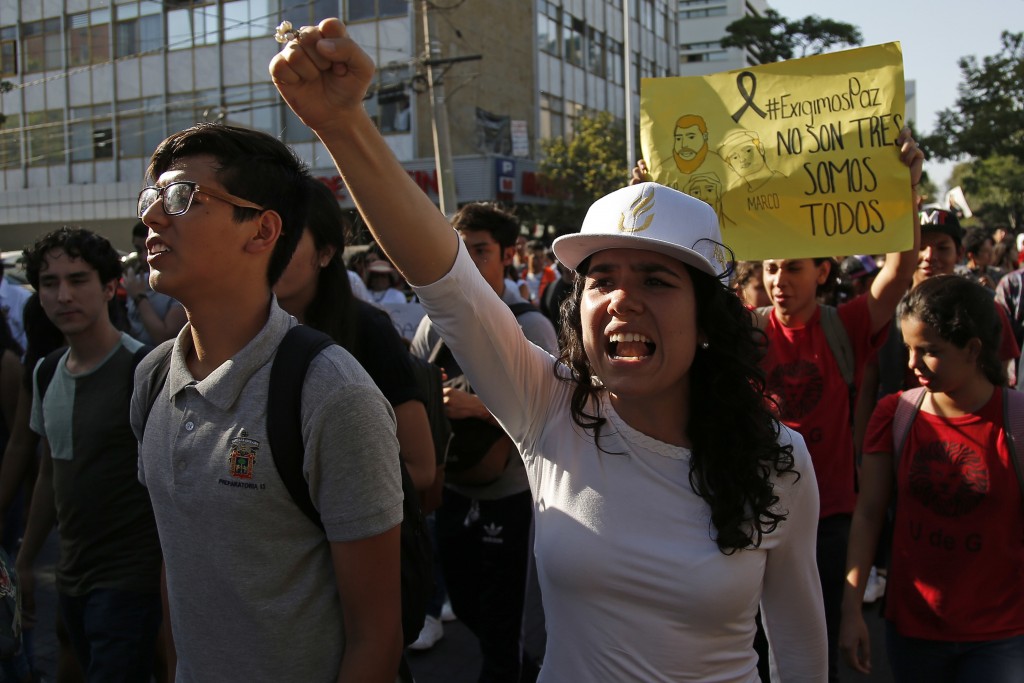 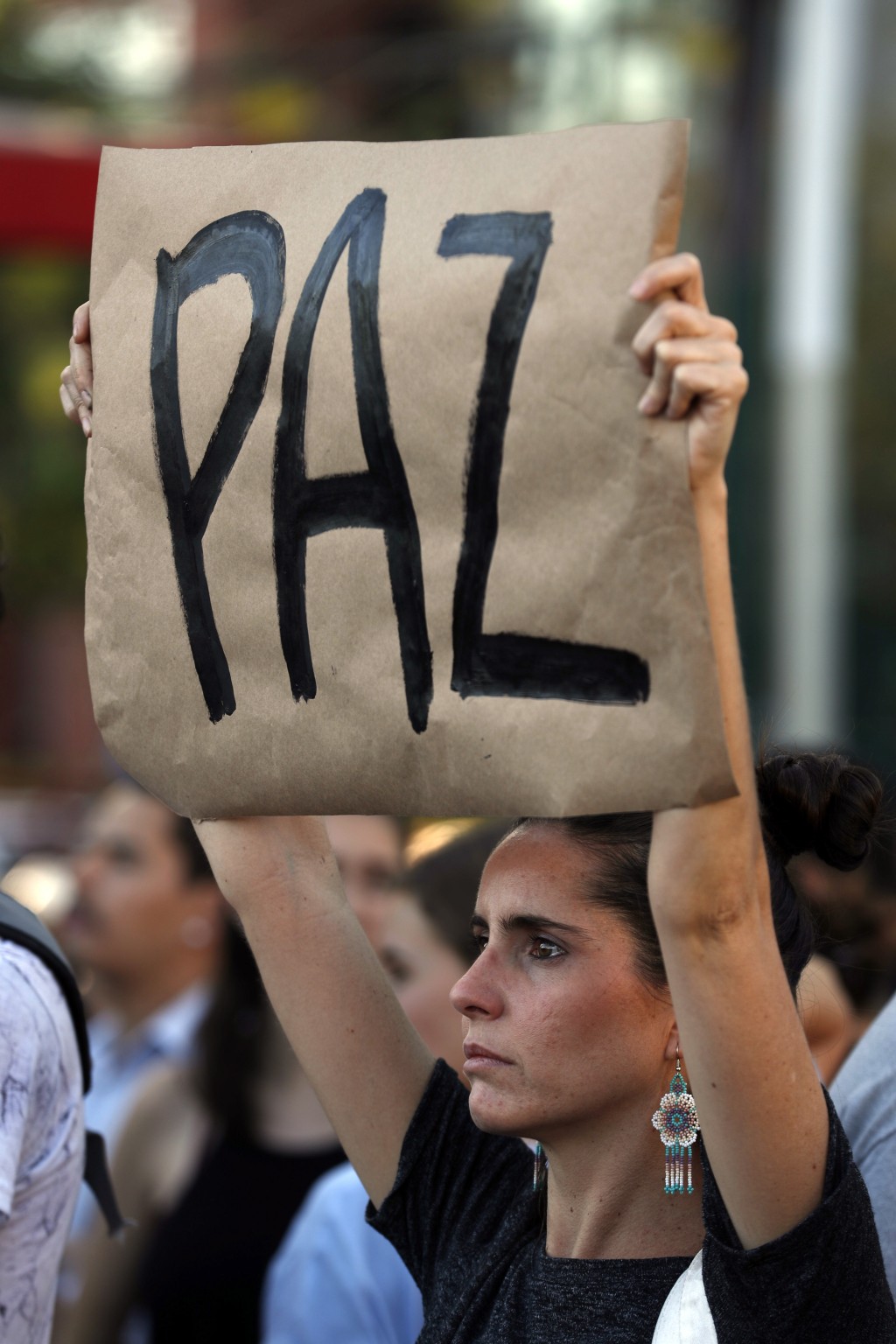 MEXICO CITY (AP) — When three film students went to tape a college project in the western Mexico city of Guadalajara, they wound up crossing paths with another young man with dreams of celebrity, a 24-year-old rapper who had built a YouTube channel with more than a half-million views based on songs describing an anguished, violent life of drugs and crime.

The students, who hoped one day to join the wave of Mexican directors who have swept the Oscars in recent years, instead stumbled into the hands of a drug gang that employed the aspiring rapper. Investigators say that his job, in this case, was to dump their bodies in sulfuric acid and dispose of the remains.

The gang duties were a sort of day job for Christian Omar Palma Gutierrez, a rapper who went by the handle "Qba." He had 50,000 followers on his social media accounts, and 670,000 views on his YouTube music videos . He had been scheduled to appear at a rap festival in Tijuana on April 29.

The man who produced Palma Gutierrez's videos said the performer would dub his voice over instrumental tracks downloaded from the internet. He had bragged about making between 3,000 and 6,000 pesos ($155 to $310) per month from his YouTube videos — not terrible for a high-school dropout in Mexico but hardly enough to support his wife and children.

"He had dreams of growing, of making a living from this, so his parents wouldn't have to struggle any more so his family could get ahead," said the producer, who goes by the name "Sismo" Garduno.

The heavily tattooed Palma Gutierrez — he favored baggy shirts and shorts, Los Angeles Dodgers and Oakland Raiders baseball caps, and called himself "modefukka" — made videos depicting a life hanging out with his "homies," drinking and taking drugs.

In one, he croons, "My voice will be the house where they rest in peace, so they are tormented in darkness, but they'll like it," as he simulates beating and kicking a tied-up man with a bloody bag over his head, eventually lighting his body on fire with gasoline.

"In Qba's case, regarding the video of the tied-up man, it was symbolic, saying he was killing them with his music," Garduno said.

But there was nothing symbolic about Palma Gutierrez's work for the Jalisco New Generation drug cartel, Mexico's fastest-growing and most violent gang.

As part of one of the cartel's Guadalajara cells, Palma Gutierrez would sometimes help kidnap or torture rivals, according to sources close to the investigation who have seen the case file and are not authorized to be quoted by name. But his main job was serving as what the gang calls a "cook." For 3,000 pesos per week, he dumped bodies head-first into acid baths set up in water tanks in the yard of a cartel safe-house.

He would come back after two days — after the acid had done its work — and open drain valves to release the fluid into the storm drain, and remove any remaining sludge to dump it in fields, the sources said. That was how the dreams of the three film students ended.

Investigators say the film students, whose ages ranged from 20 to 25, had nothing to do with the drug trade. Their mistake was to unwittingly film at a home that had been used as safe house by a rival drug gang. The Jalisco cartel was watching the house, and when the three students emerged, they were followed, abducted and taken to Jalisco cartel safe house for interrogation. One died under torture, leading the gang to kill the other two.

The sources said Palma Gutierrez has confessed and is under special protection in prison because the cartel wants to kill him for cooperating with prosecutors. The cartel had killed one member of his gang teaml already, and neither Palma Gutierrez nor his public defender could be reached for comment.

Many saw a broader tragedy in the case.

Palma Gutierrez "sings well, and he tells a story in his videos, like the stories film students tell," commentator Luis Cardenas wrote in a column in the newspaper El Universal. "For two years, Omar screamed in his songs that something was very wrong, and millions saw that ... and none of us did anything at all," Cardenas wrote. "Now three young people are dead and one life is ruined forever."

There is another generation in all of this: Omar's son, Tyson, who appears from photos to be about 4. In pictures posted on his Facebook page, Omar is shown coaching his tiny son to throw gang signals and look tough.

"My experience in this genre is that a lot of them want to feel very "cholo," Garduno said.

Luis Gonzalez Perez, the head of the country's human rights commission, said after Palma Gutierrez's arrest this week that "what we have to do is to stop this climate of violence, because there is the risk that if there are no jobs, no education, if the young people don't have recreational opportunities, well the drug cartels are going to recruit them."