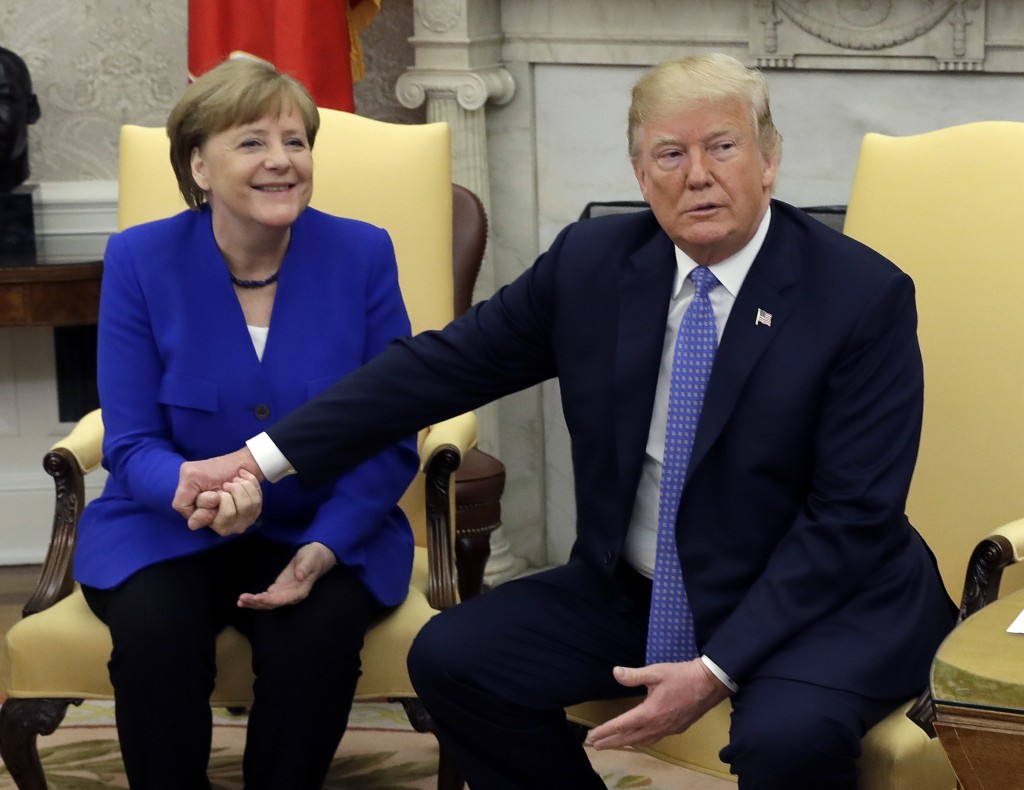 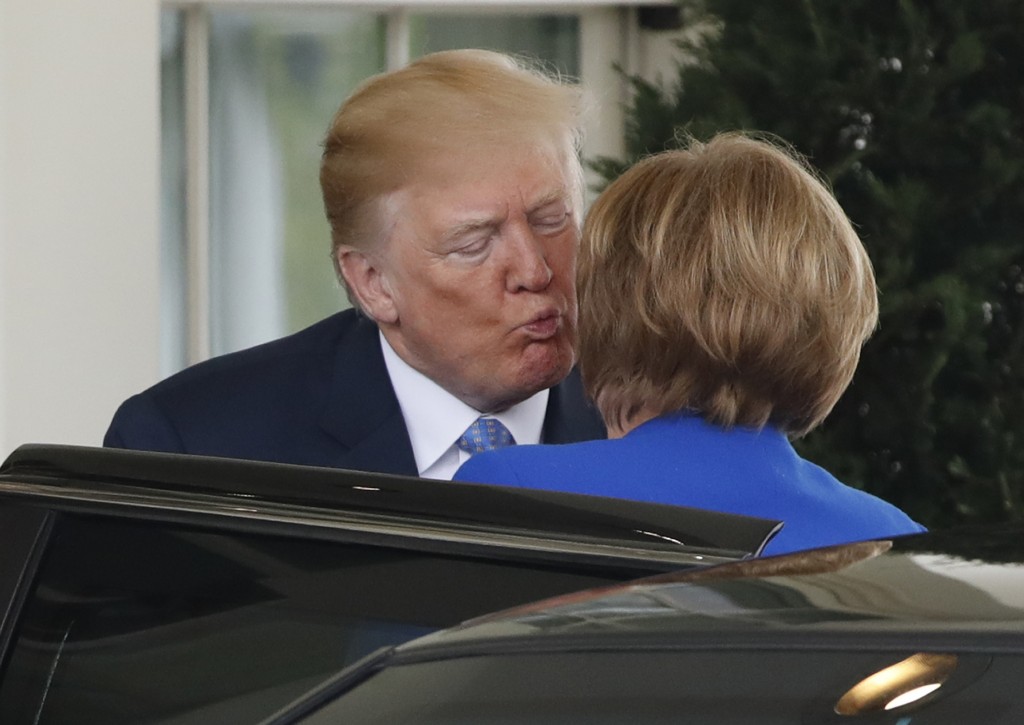 President Donald Trump is saying the United States is "not going to be played" when it comes to peace talks with North Korea.

Trump sat alongside German Chancellor Angela Merkel at the White House on Friday and said that talks on the divided Korean peninsula have "never gone this far."

They pledged in a joint statement to seek a formal end to the Korean War by year's end and to rid their peninsula of nuclear weapons, without specifying how it would be achieved.

Trump credited his own leadership for why talks will "be different" in these negotiations.

Merkel arrived Friday for a private meeting and a working lunch. The two are expected to discuss global trade and security issues.

Trump greeted her outside the White House with a handshake and a kiss on each cheek.

The visit comes as Trump weighs withdrawing the U.S. from the Iran nuclear accord, an agreement Germany believes should stay in pace. Another concern for the German leader is that a European Union exemption from Trump's new tariffs on imported steel and aluminum is set to soon expire.

Merkel's trip comes after French President Emmanuel Macron was treated to the first state visit of the Trump administration, complete with a glitzy state dinner.

President Donald Trump's visit with German Chancellor Angela Merkel at the White House will be less than three hours.

There are likely to be fewer hugs on display than earlier in the week, when Trump played host to French President Emmanuel Macron for a lavish, three-day state visit.

But Merkel's message will likely be similar to Macron's: That America and Europe need to bury the hatchet on key issues, from global trade to international security.

In the hours before Merkel's arrival at the White House, Trump himself took note of their limited schedule. Merkel is scheduled to have a 30-minute Oval Office meeting with Trump, followed by a working lunch and joint news conference.