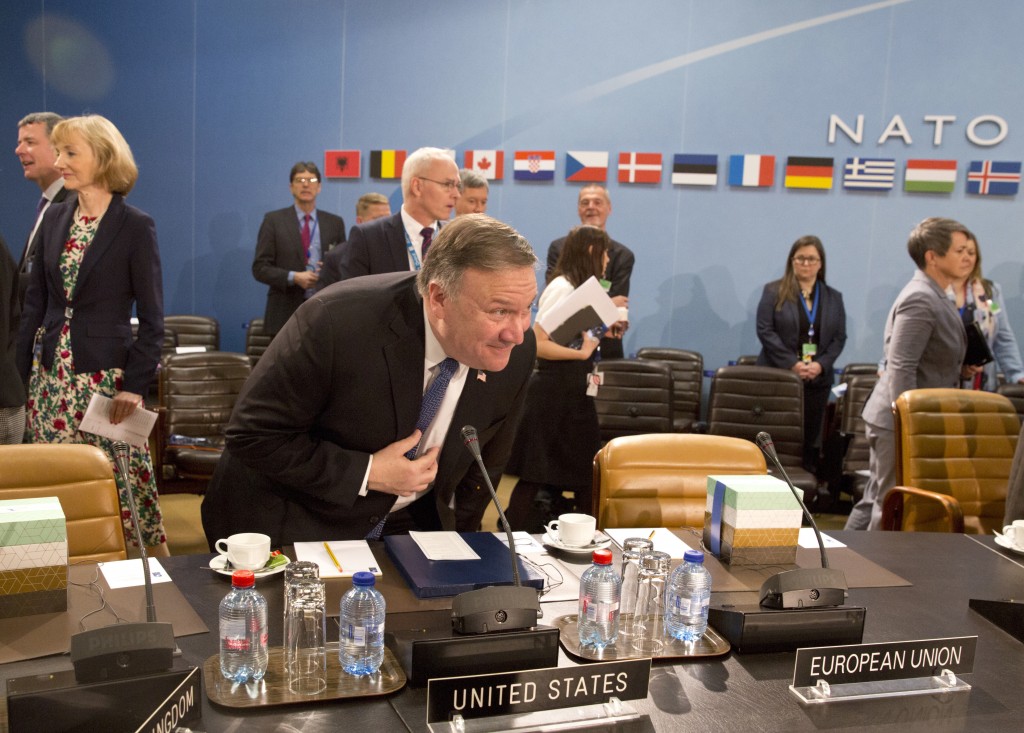 ANKARA, Turkey (AP) — Turkish Foreign Minister Mevlut Cavusoglu says he and new U.S. Secretary of State Mike Pompeo have agreed to approve an existing "road map" to getting Kurdish militia to withdraw from a Syrian town.

The plan came out of working groups set up earlier this year to soothe relations that became strained by Washington's support for Syrian Kurdish forces that Ankara considers a terrorist group.

Speaking after he met with Pompeo on Friday, Cavusoglu said that if the withdrawal doesn't happen, "we will be forced to intervene against the terrorists."

He says they also discussed the trial in Turkey of an American pastor charged with espionage and links to terror groups.

Cavusoglu says he told Pompeo the case Andrew Brunson is not politically motivated and that Turkey wouldn't accept "threats or sanctions" to obtain his release.