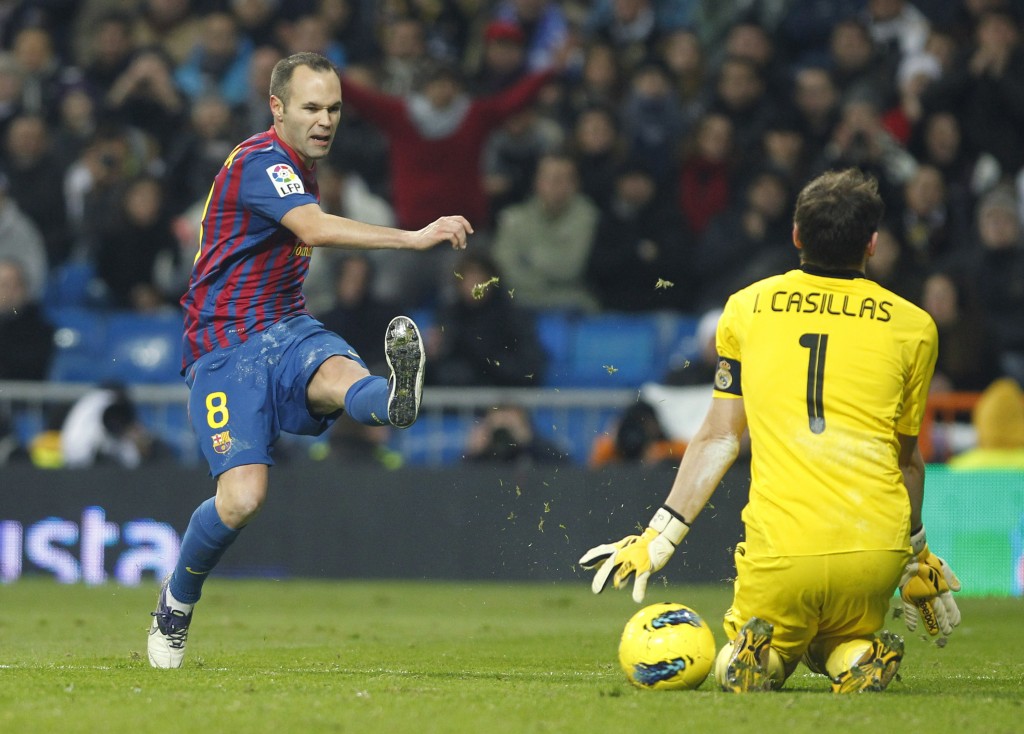 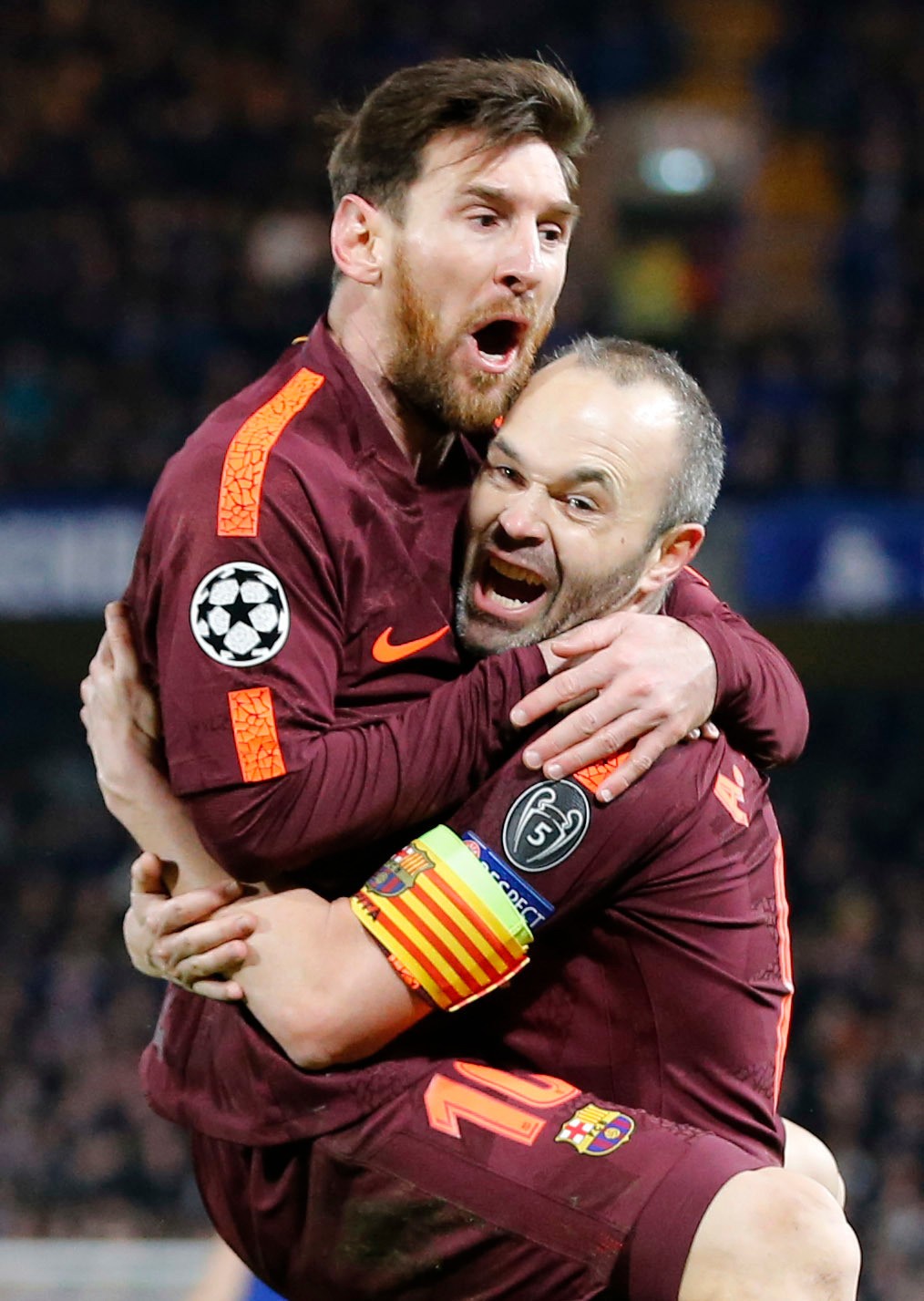 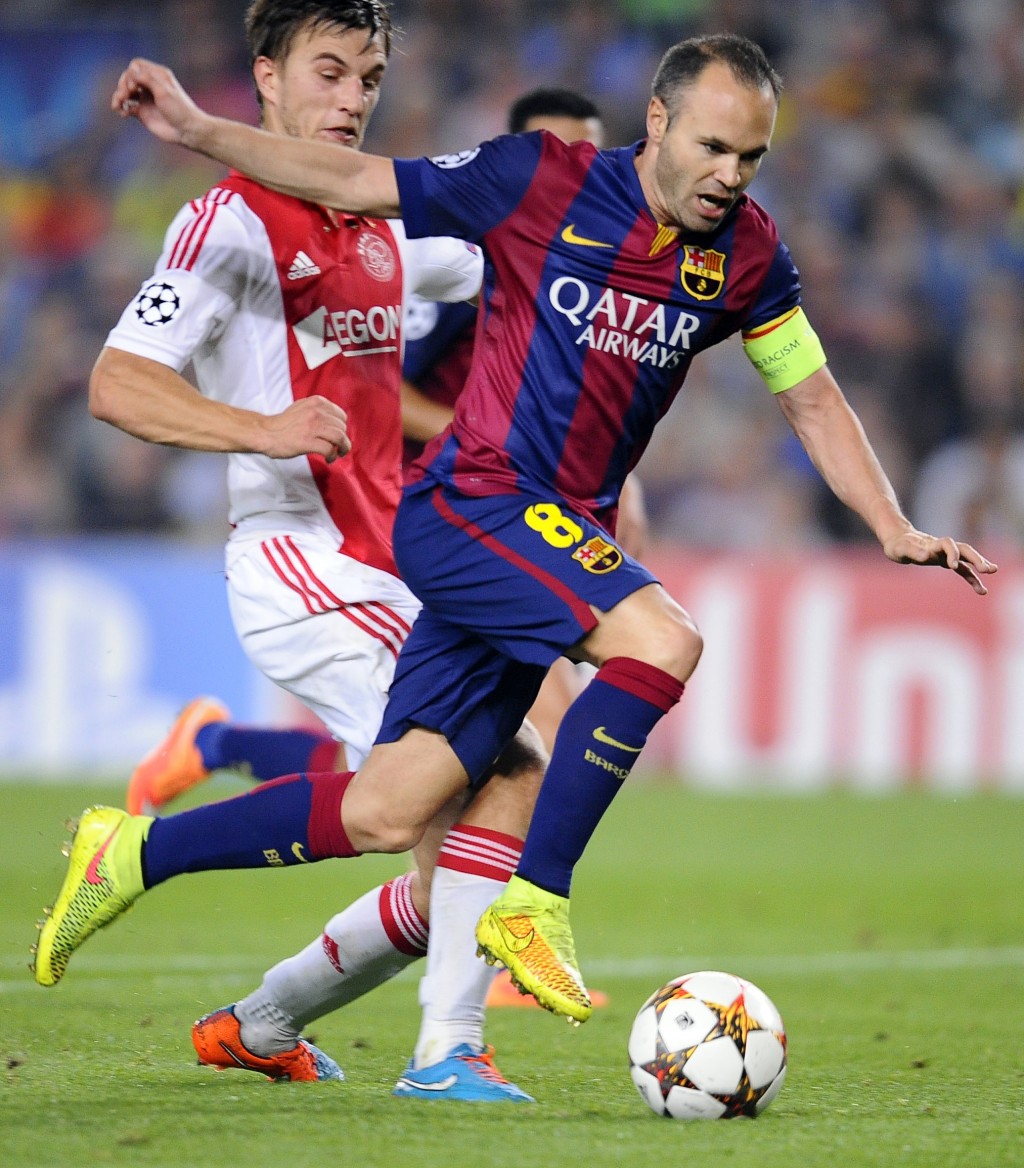 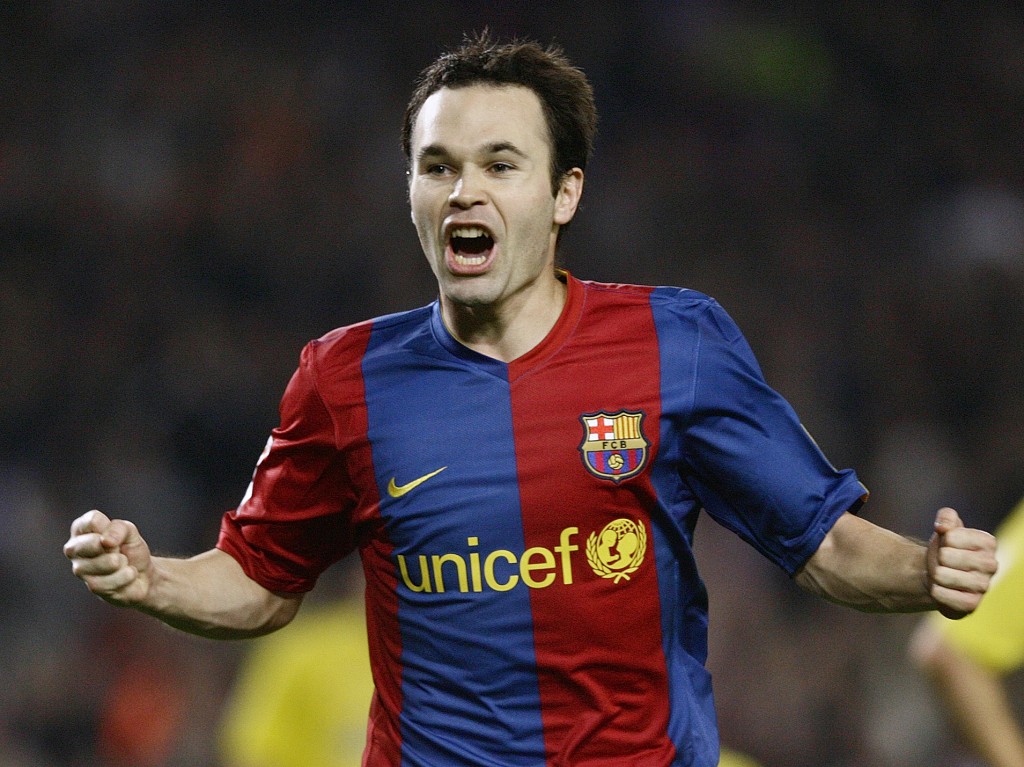 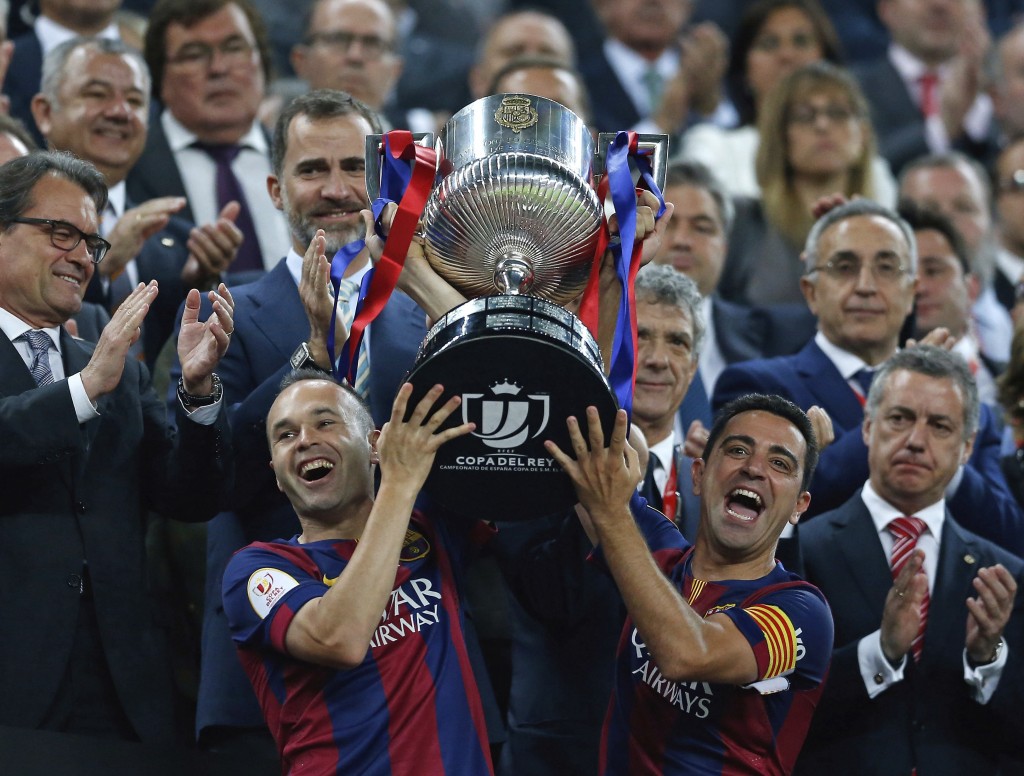 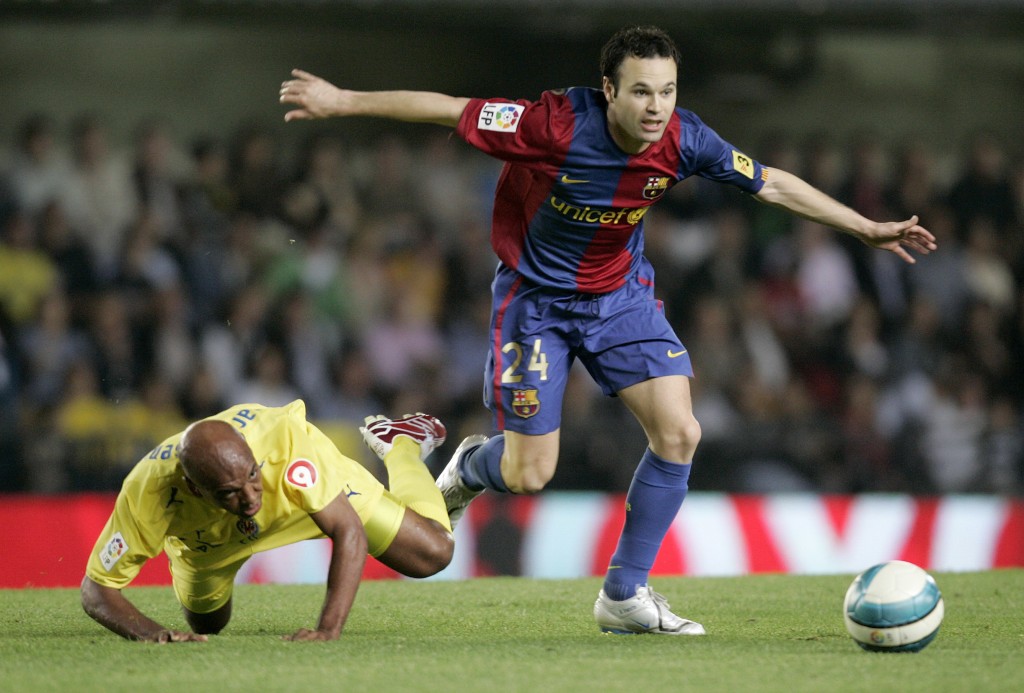 BARCELONA, Spain (AP) — Although Andres Iniesta is best known for his World Cup-winning goal in 2010, the Spain midfielder has also had a storybook career for Barcelona.

Iniesta, who announced Friday he will leave the Spanish club after this season, said his favorite Barcelona memory was his debut in 2002 because "my dream came true" of making the first team.

But for Barcelona fans, there are other top moments to remember from his 16 seasons at the Camp Nou:

Trailing Chelsea 1-0 and playing with 10 men at Stamford Bridge in 2009, Barcelona was on the brink of elimination from the Champions League semifinals as the match entered injury time.

Lionel Messi couldn't get off a shot against a well-placed defense, so the only option was to pass the ball across the top of the area. Iniesta cocked his right leg, struck the ball with the tip of his boot and delivered a rocket past goalkeeper Petr Cech.

The goal sent Pep Guardiola running madly down the sideline and sent Barcelona into the final, which it won by beating Manchester United.

"The goal at Stamford Bridge, on a personal level, was the most magical moment of my life," Iniesta told Barcelona's club television.

Iniesta helped Barcelona earn one of its most memorable victories ever by putting on a dominant display in a 6-2 victory at the home of Real Madrid in 2009.

Iniesta and midfield partner Xavi Hernandez dictated the match and made Madrid look clueless in front of its own supporters.

The win put Barcelona on its way to the Spanish league title and the rare treble of Spanish league-Champions League-Copa del Rey in Guardiola's first season.

Barcelona entered a match against Paris Saint-Germain in 2017 facing the almost unthinkable task of overturning a 4-0 loss to advance to the Champions League quarterfinals.

What followed was a whirlwind of football that fueled a 6-1 victory and the biggest comeback in the history of the competition.

Besides his contributions for Barcelona's forwards, Iniesta created the second goal when he drew a pack of defenders to him near the post and flipped a probing pass across the goalmouth, where it was knocked into the net by a PSG defender.

Iniesta provided the key pass for Ivan Rakitic to put Barcelona on its way to a 3-1 victory over Juventus in the 2015 Champions League final at the Olympic Stadium in Berlin.

That was the fourth European Cup that Iniesta helped Barcelona add to its trophy case. The team would also win the Spanish league and the Copa del Rey to complete another treble.

Iniesta's final match before he announced his decision to leave Barcelona turned out to be one of his best.

Playing Sevilla last weekend in the Copa del Rey final at the Wanda Metropolitano Stadium in Madrid, the 33-year-old Iniesta played like his younger self in Barcelona's 5-0 rout.

Iniesta had already rattled the bar from distance before he scored his team's fourth goal. He worked a one-two passing combination with Messi before dribbling around the goalkeeper and squeezing a shot in from a tight angle.

Iniesta was applauded by both Barcelona and Sevilla fans when he was substituted late in the match.

The victory took his club-record trophy haul to 31 — a mark he shares with Messi.

Iniesta is likely to add a 32nd title soon with Barcelona on the cusp of winning the Spanish league title.