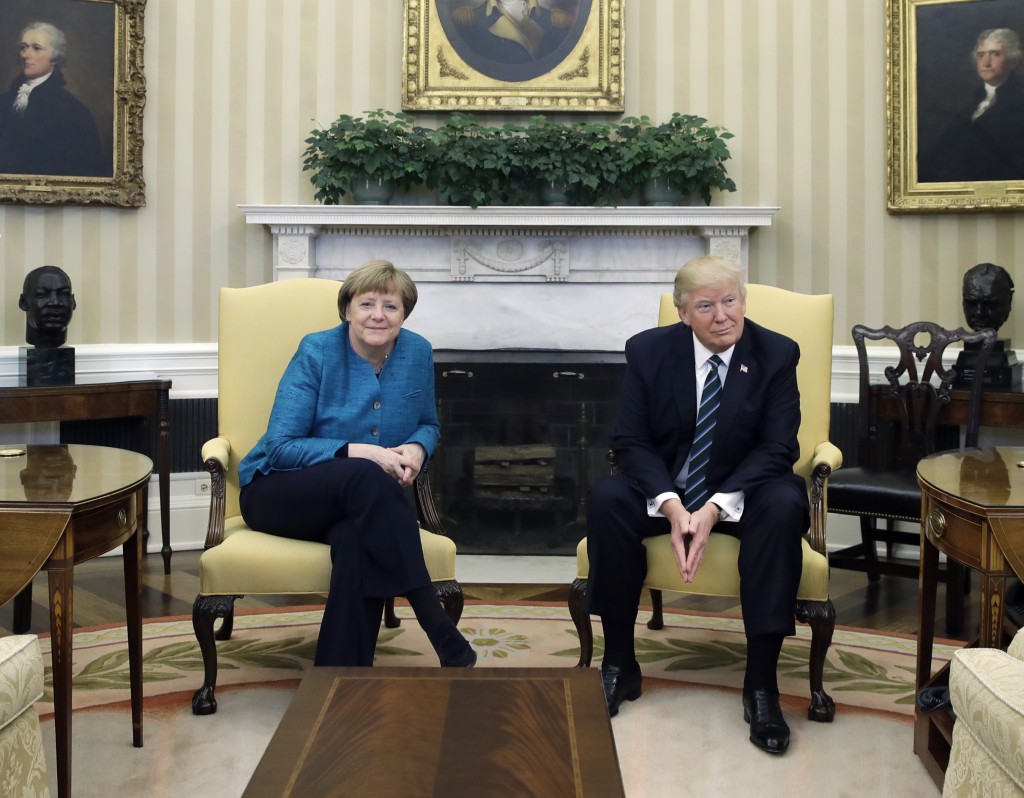 WASHINGTON (AP) — President Donald Trump is welcoming German Chancellor Angela Merkel to the White House on Friday for a visit of less than three hours.

There are likely to be fewer hugs on display than earlier in the week, when Trump played host to French President Emmanuel Macron for a lavish, three-day state visit.

But Merkel's message will likely be similar to Macron's: That merica and Europe need to bury the hatchet on key issues, from global trade to international security.

In the hours before Merkel's arrival at the White House, Trump himself took note of their limited schedule. Merkel is scheduled to have a 30-minute Oval Office meeting with Trump, followed by a working lunch and joint news conference.