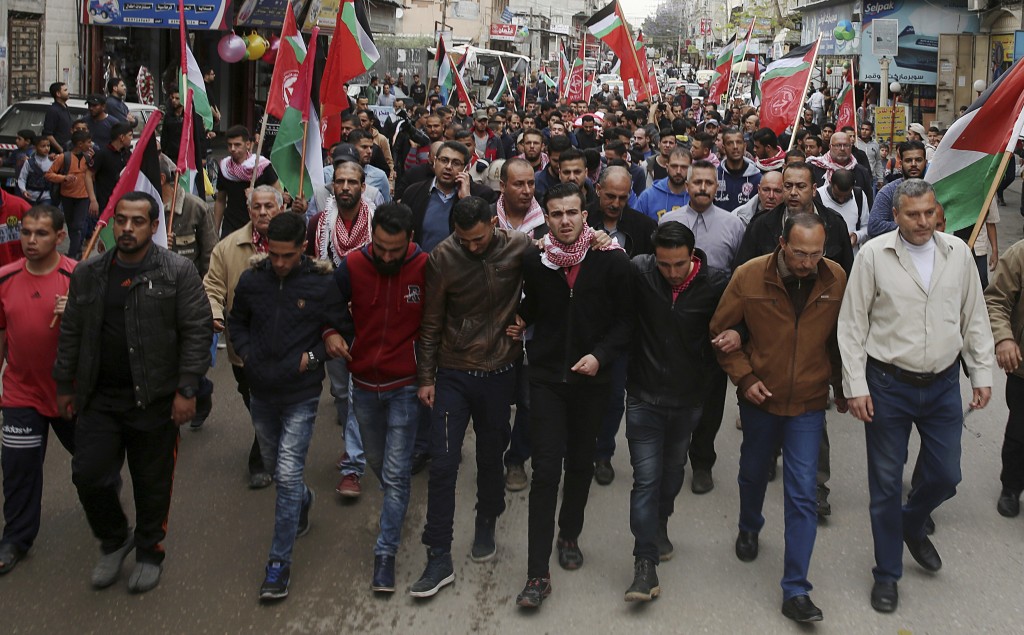 Hundreds of Palestinian protesters have gathered next to the fence along the Israeli border east of Gaza City.

Heavy Israeli gunfire was heard Friday afternoon as the crowd broke away from a larger protest and moved toward the fence. Witnesses said at least three protesters broke through the fence and briefly entered Israel before running back.

There were no immediate details on injuries, but ambulances rushed to the scene and took away dozens of wounded.

The Israeli military had no immediate information on the incident.

The U.N. high commissioner for human rights has urged Israel to refrain from using excessive force against Palestinians who have been staging weekly mass protests on the Gaza border with Israel.

Zeid Ra'ad Al Hussein made his appeal ahead of a fifth round of Gaza marches on Friday, aimed in part at trying to break a decade-long blockade of the territory.

The commissioner says Israel has not heeded warnings by the U.N. and others, after troops used lethal force against unarmed protesters, killing 35 Palestinians and wounding more than 1,500.

Since late March, thousands have demonstrated near the border every Friday, some throwing stones or burning tires. Israel says Gaza's rulers from the militant Hamas group are using protests as cover for attacks on the border, including by planting explosives.