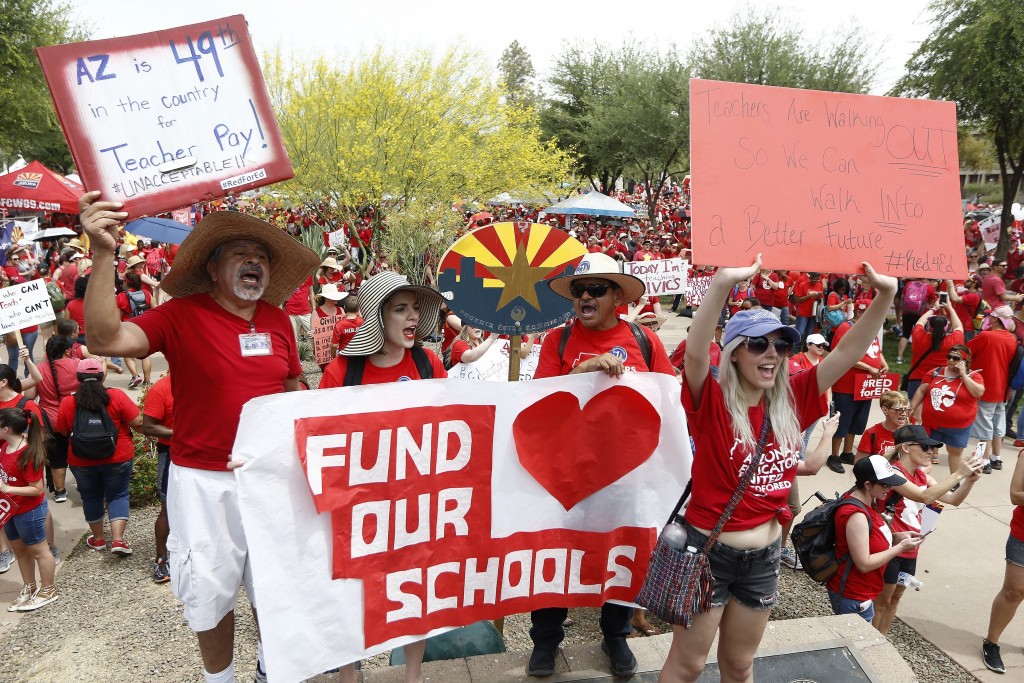 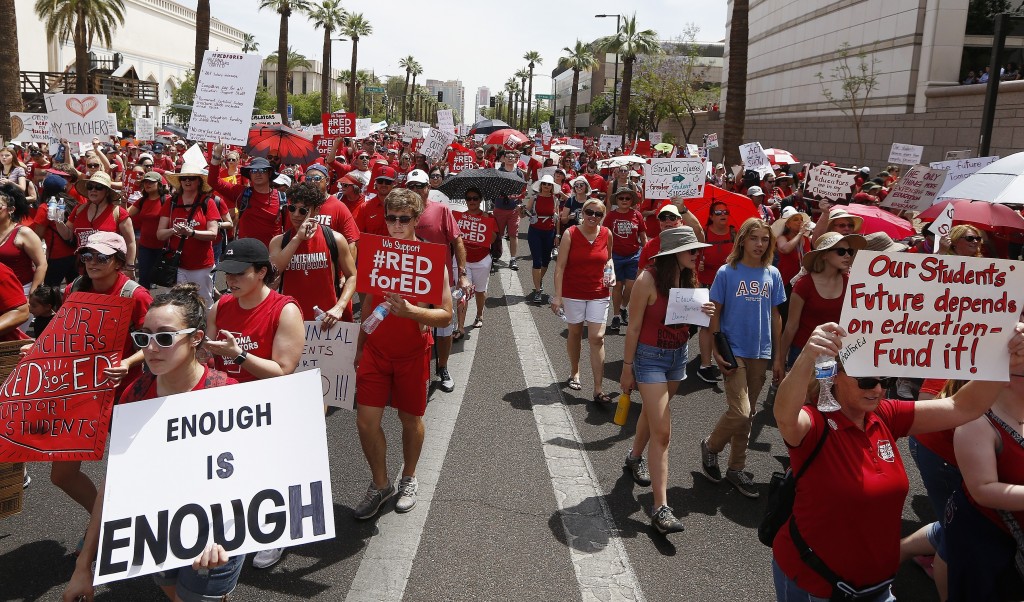 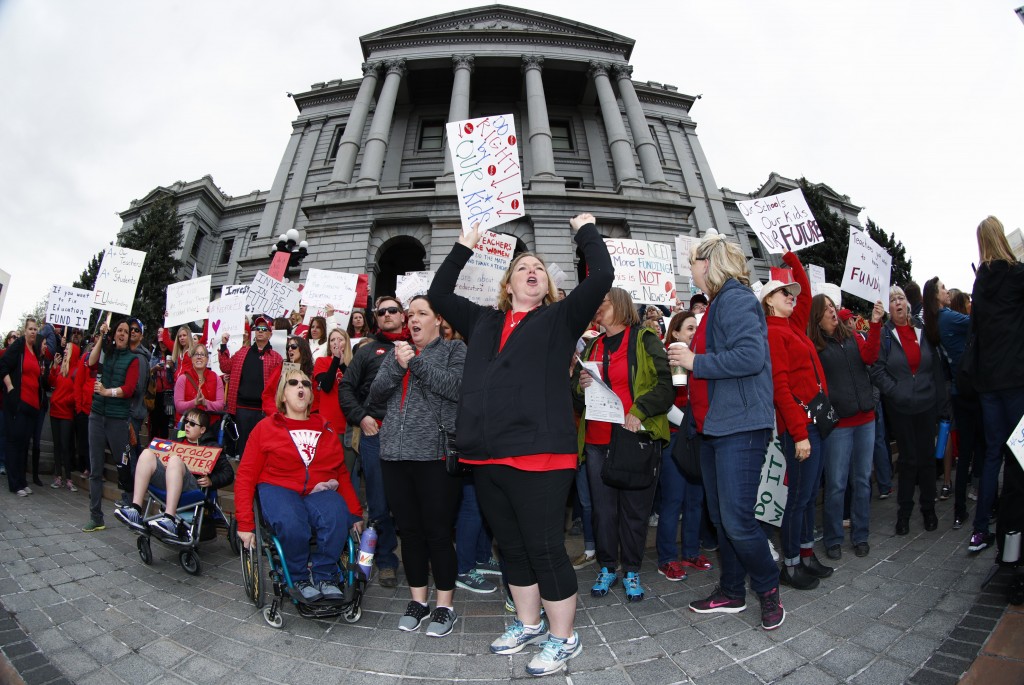 A major Phoenix-area school district that had planned to reopen its schools Monday despite a statewide teacher walkout over pay and education funding has announced that its schools instead will remain closed.

The Chandler Unified School District says its announcement Friday that schools will remain closed Monday is "based on the number of teachers who have reported their absence for Monday."

The district previously said that it had polled staff and determined there would be enough teachers to re-open.

The Arizona walkout began Thursday with an estimated 50,000 teachers and supporters participating in a march and rally in Phoenix.

Arizona and Colorado teachers plan to don red shirts and descend upon their respective Capitols for a second day in a growing educator uprising.

Educators in both states want more classroom resources and have received offers either for increased school funding or pay, but they say the money isn't guaranteed and the efforts don't go far enough. The walkouts are the latest in demonstrations that spread from West Virginia, Oklahoma and Kentucky.

On the first day of the historic statewide walkout, around 50,000 educators and supporters marched Thursday through downtown Phoenix.

In much cooler Colorado, several thousand educators rallied around the Capitol, with many using personal time to attend two days of protests expected to draw as many as 10,000 demonstrators.

Organizers say the Arizona strike has no end date.