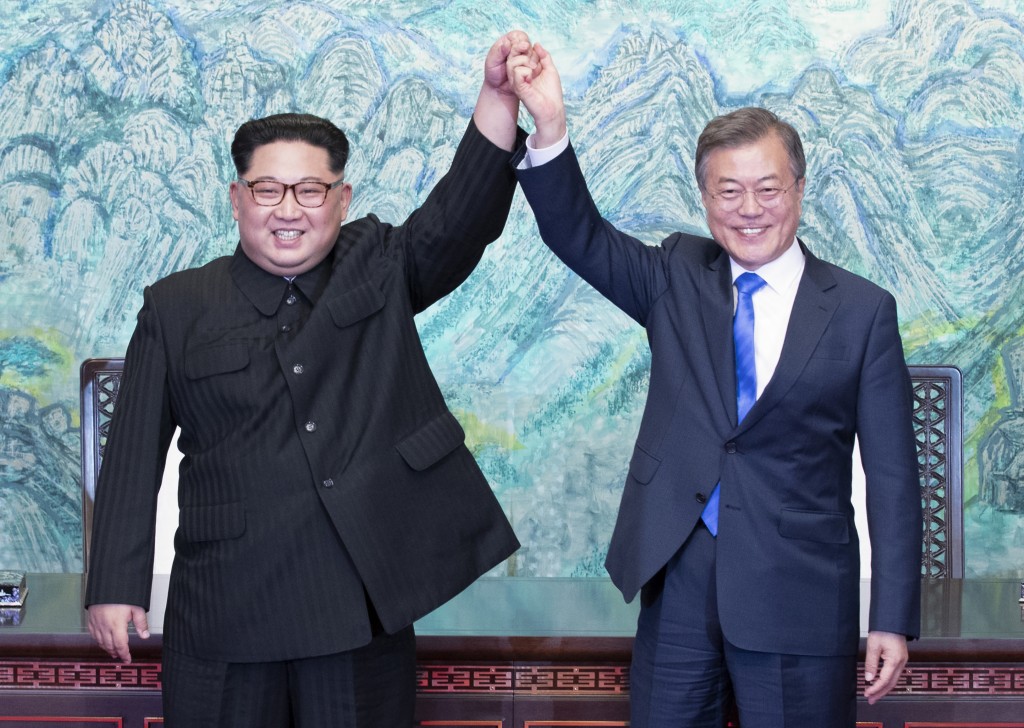 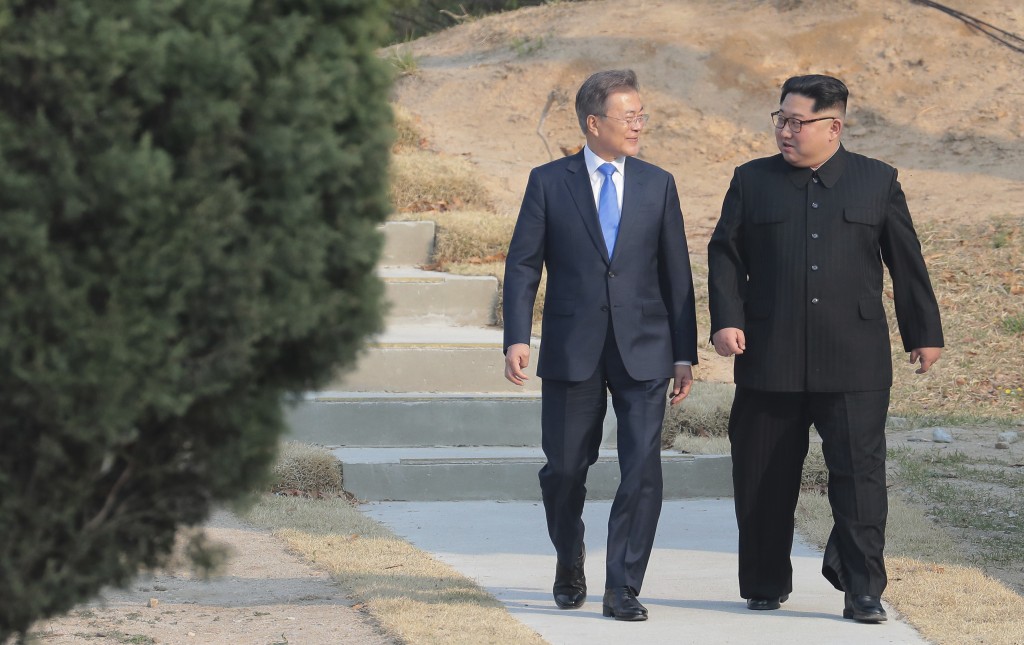 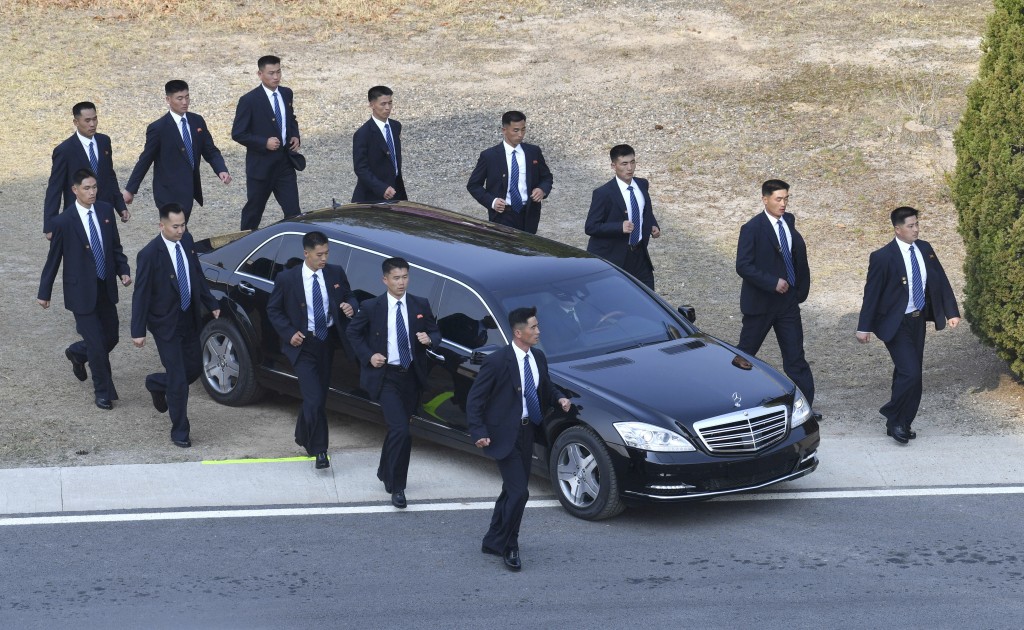 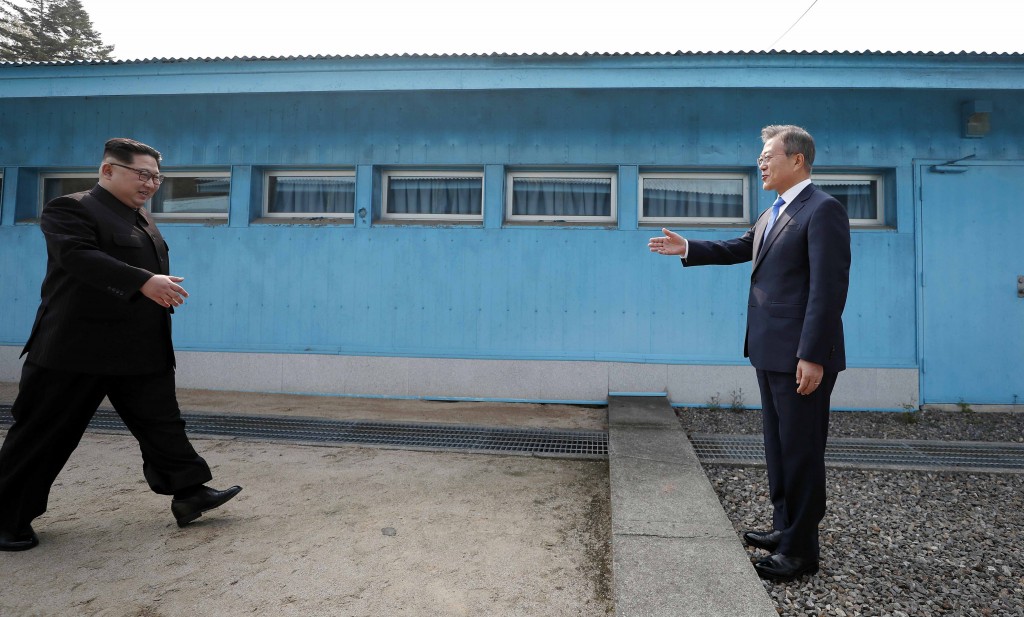 GOYANG, South Korea (AP) — To the rest of the world focused on whether Kim Jong Un is really willing to negotiate away his nuclear weapons, North Korea has a message: He isn't embarking on talks with his rivals out of desperation. He's meeting them as the proud leader of a nuclear power.

And, judging from his summit Friday with South Korean President Moon Jae-in, it appears he wants to stay that way.

In a deliberate show of confidence — almost bravado — Kim literally strolled across the military demarcation line that has divided the Koreas for three generations, sat as an equal at the negotiating table with Moon and then joined him at an intricately arranged banquet before riding his black Mercedes limousine back into the land he rules absolutely.

The optics were largely the same as his first summit, when he ended six years of self-imposed isolation in the North and met Chinese President Xi Jinping last month in Beijing. There were lots of feel-good moments, enthusiastic smiles and big handshakes for carefully staged photo ops — emotionally charged visuals that will play just as well abroad as they will strum the ethnic and national pride of his domestic audience.

But any real promise regarding the future of all those missiles and nuclear weapons was missing.

In his joint statement with Moon, Kim agreed to seek the complete denuclearization of the Korean Peninsula.

It was an expected nod to his host, who is desperately pushing to ease tensions on the peninsula and who holds the key to the economic resources Kim just as desperately needs to refuel his economy. But it was conspicuously void of any concrete steps or timeframe toward that broad and elusive goal.

A careful reading of what Kim himself has said and what the North's media have — and have not — been reporting over the past few months sheds some light on why.

Virtually none of Kim's diplomatic overtures since his New Year's address, when he first vowed to improve relations with South Korea this year, have been announced domestically in advance. While millions elsewhere could watch Kim's historic first encounter with Moon live on television or the internet, North Koreans got only a brief note on the TV news and a few lines in the ruling party newspaper saying he had departed Pyongyang early in the morning.

For most North Koreans, who rely on the official media for virtually all of their news, there has been no explicit explanation of why the director of the CIA, Mike Pompeo, was recently in their capital. He was there to work out the details of a summit with President Donald Trump — a summit which also remains a secret to the North Korean public.

Such caution isn't unusual for Pyongyang, but it is telling.

Kim needs to build his sanctions-hobbled economy and his single-minded pursuit of a viable nuclear program has cost him dearly. But switching the focus back to the economy — and the potential compromises required to get those sanctions lifted — presents a big risk.

Whatever course he chooses, he can't be seen to even hint at the failure of his father's and grandfather's signature policies — "military first" and "self-reliance." That would show weakness and invite challenges to his own power. He certainly can't acknowledge the failure of his own policy — the simultaneous development of nuclear weapons and the national economy.

So he is doing the exact opposite: calling his policy a total, miraculous success.

Before meeting Moon, Kim declared to a gathering of his top party officials that the country's missiles and nuclear weapons have advanced to the point that he no longer needs to test them. That declaration was framed outside of North Korea as simply an announcement of a moratorium on launches and underground tests aimed at creating a better atmosphere for talks.

Nowhere, however, was there any hint that Kim was considering giving his nuclear weapons up. Or of not producing more.

"The new strategic line set forth by the Workers Party of Korea is another powerful treasured sword and a bright blueprint for opening up a higher historic phase of the revolution and accelerating its advance," said one of many recent commentaries hailing the declaration by the North's KCNA news agency.

It added that North Korea "has definitely entered the straight path for final victory at last."

For sure, the North has toned down its vitriol significantly.

The barrage of insults directed at Trump that got so heated around this time a year ago has subsided. Mentions of how the North's nuclear weapons are entirely justified and non-negotiable as long as North Korea faces Washington's "nuclear blackmail" have vanished for the time being.

But from Pyongyang's perspective, any serious attempt at denuclearization will require assurances that the United States would not use its nuclear weapons against the North to defend its allies in South Korea. Kim has kept his position vague enough to accommodate significant shifts toward real denuclearization talks in the future, or shifts in the opposite direction. When need be, Pyongyang has shown great skill in re-interpreting its previous statements to better fit its current objectives.

What will Kim do if push comes to shove?

Determining that may need to wait until he meets with Trump, possibly in late May or early June.