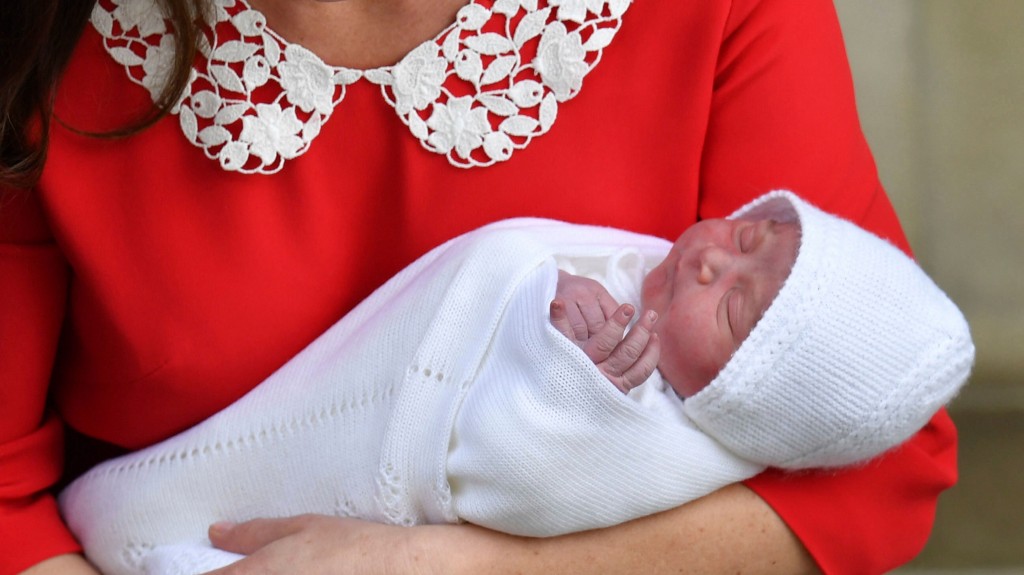 LONDON (AP) — The new prince has a name. Britain's royal palace says the infant son of the Duke and Duchess of Cambridge has been named Louis Arthur Charles.

The palace said Friday that the baby's full title is His Royal Highness Prince Louis of Cambridge.

William and Kate's third child was born Monday, a brother to 4-year-old Prince George and Princess Charlotte, who is almost 3.

Louis is fifth in line to the throne after his grandfather Prince Charles, his father and older siblings.