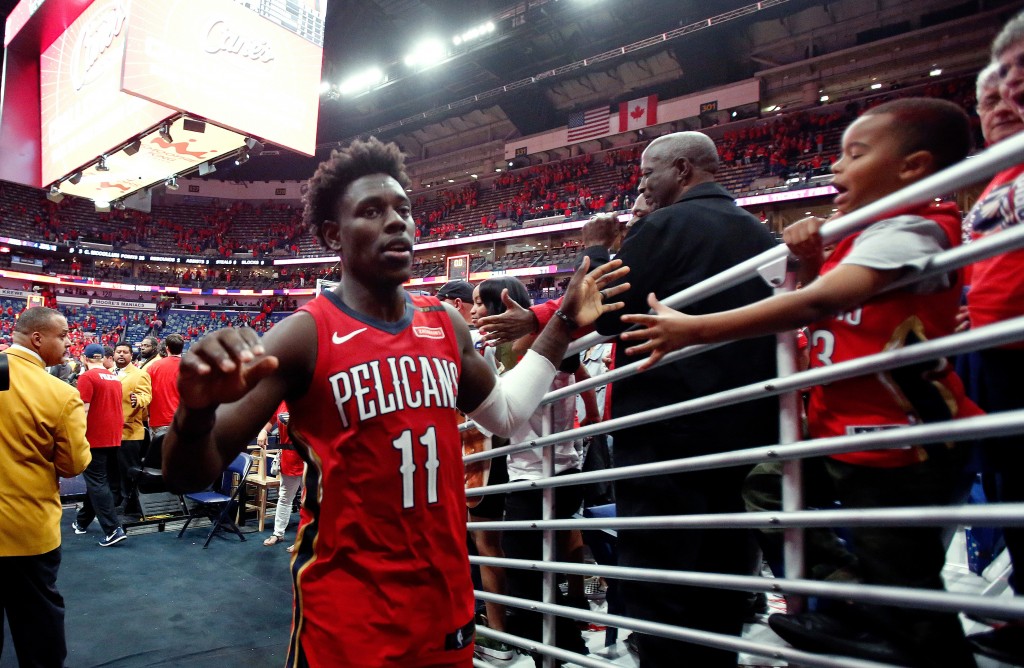 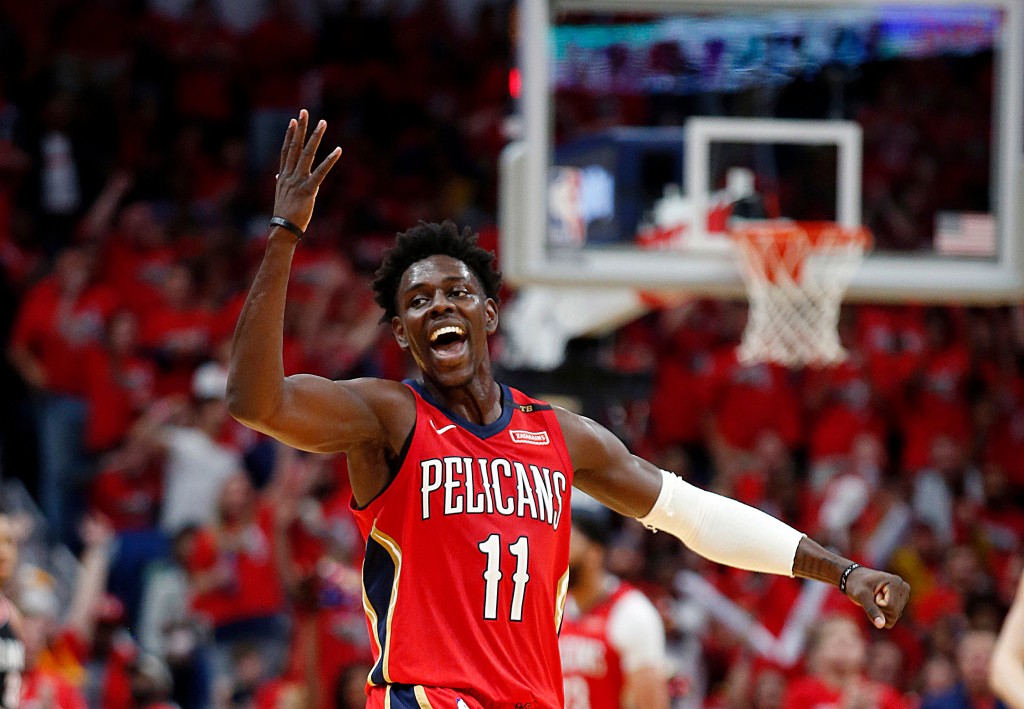 NEW ORLEANS (AP) — If it looks like the normally low-key Jrue Holiday has been having the time of his life in the NBA playoffs — from interacting fans after big shots to, in one instance, mocking an opponent who'd been dunked on — the Pelicans' guard offers an explanation.

"I'm in a really good place. Everything in my life is pretty good — family, basketball, financially," Holiday began after practice this week, as the Pelicans prepared for a second-round playoff match-up with Golden State.

"I got a bonus this year, so that's awesome," Holiday added, drawing some chuckles as he referred to his whopping, five-year, $126 million contract last offseason. "I mean, yeah. I feel pretty good."

Once upon a time, Holiday was a young Eastern Conference All-Star guard with Philadelphia who seemed to possess a world of potential. A draft-day trade in 2013 paired him with emerging star big man Anthony Davis in New Orleans, but during the next four years, one thing or another conspired against him.

During his first season with the Pelicans, he developed a stress fracture in his lower leg that required surgery, but one of the screws used to repair the fracture became an irritant, forcing additional procedures. That wiped out much of his first two seasons. He returned on minute restrictions in his third season and showed promise, only to have that campaign cut short by a fluky eye injury caused by an inadvertent elbow to the head.

Holiday was finally healthy heading into his fourth season in New Orleans — but his wife, former U.S. Soccer star Lauren Holiday, was not. She was diagnosed with a brain tumor while pregnant with the couple's first child, and Holiday took an extended leave of absence to attend to family.

Now the 6-foot-4 Holiday looks reinvigorated by a recent convergence of positive trends in his life.

In addition to being content with his family life and career trajectory, he's also about as healthy as he's been in half a decade, and his team is in the playoffs for the first time since 2015. Now he can focus purely on winning, and being as feisty as it takes to do so.

"I always feel like I'm aggressive, but (playoff) games are a little different where you can key in on a certain team and be able to study them for a long time because you know you have at least four games," Holiday explained. "Mentally, just locking in to the matchup or the schemes or whatever it is, brings out a little more intensity."

Holiday was a big reason the sixth-seeded Pelicans swept third-seeded Portland in the first round of the postseason. He scored 33 points in Game 2 and 41 points in the clinching Game 4. His performances have been dynamic. He's made big perimeter shots, such as his late 3 in Game 4, and he's been a strong finisher at the rim — a big reason he shot about 57 percent for the series.

Defensively, he helped hold Portland All-Star guard Damian Lillard in check and came up with pivotal, late-game steals or blocks.

"I know what type of player he's been since he's been here, but I think this has been a great year for him," Davis said. "People are really starting to notice."

Davis and fellow teammates have been particularly amused by the transformation of Holiday's on-court persona, and won't say a word to discourage it.

Holiday has rarely been all that animated on the court or much of a trash talker. But against Portland his gesticulations — or his eagerness to sprint into scuffles under the basket — were impossible to miss.

"I have no idea where that came from, talking smack to the fans. I've never seen it," Davis said. "I love it. If he can keep getting 40 for us then I'll make him mad every game.

On a more serious note, Davis added, "I think everybody just recognized the type of team that we have and realized that we can be something special, so it just brings a lot out in everybody."

Veteran guard Rajon Rondo, long known to exchange verbal barbs with opponents, grinned when he recalled Holiday pointing at Jusuf Nurkic after Davis had dunked on the Portland center in Game 3.

"It's just a different side of him. He's playing with a lot of rage," Rondo said. "He's overlooked a lot. What he's doing now, the world's finally seeing the real Jrue Holiday and I love every minute of it.

"He's still a smooth player," Rondo continued. "But when he has a mentality of attacking and no one can stay in front of him and he can score against anyone, I think that's when we're at our best."