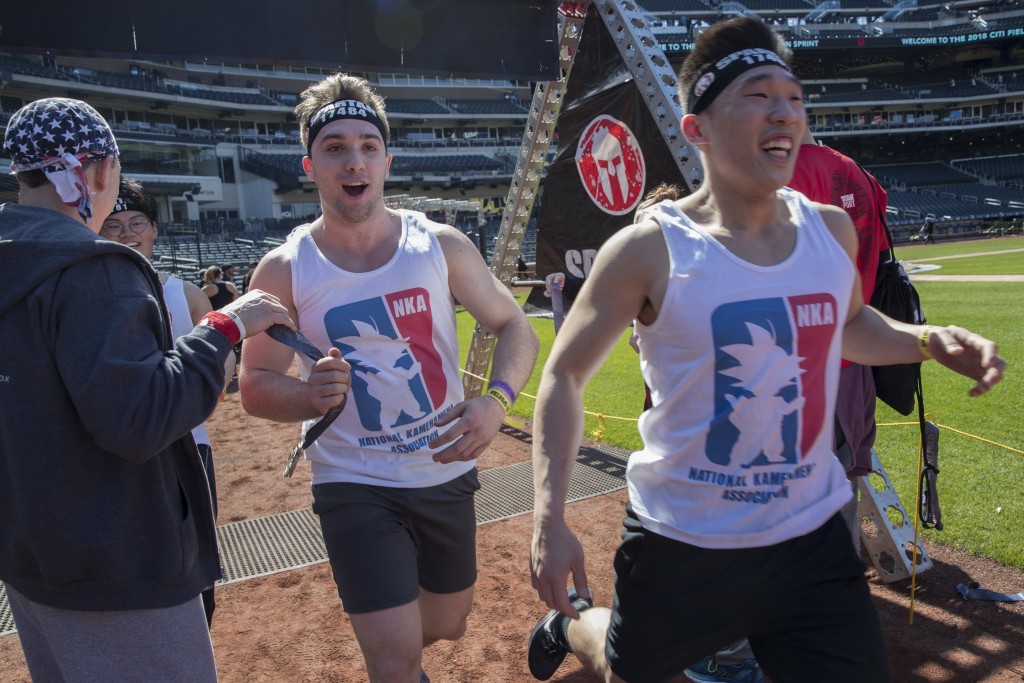 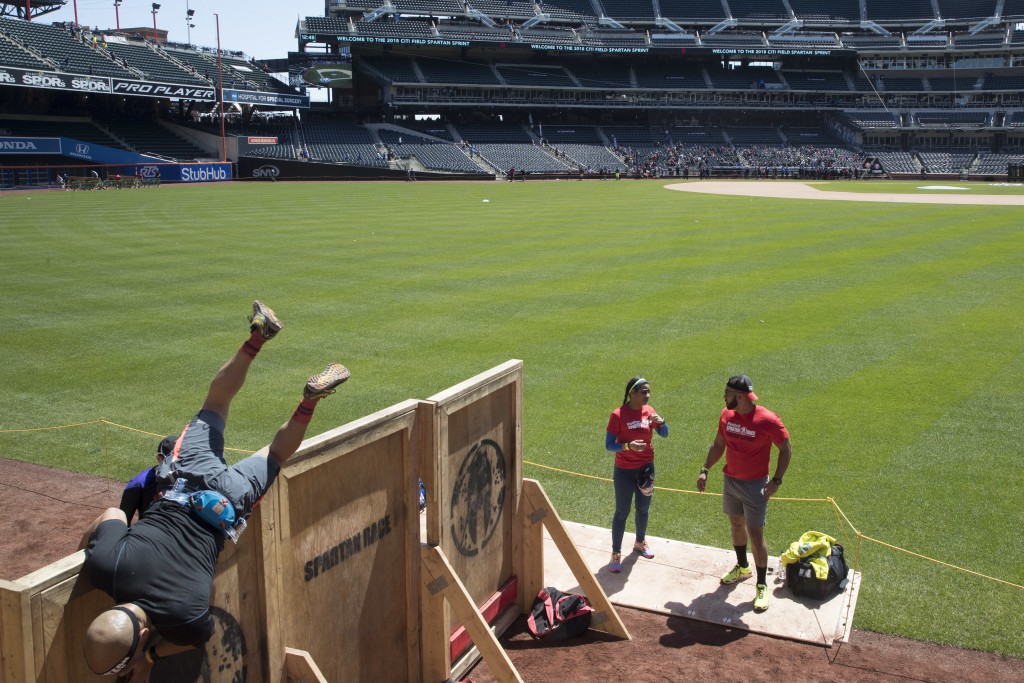 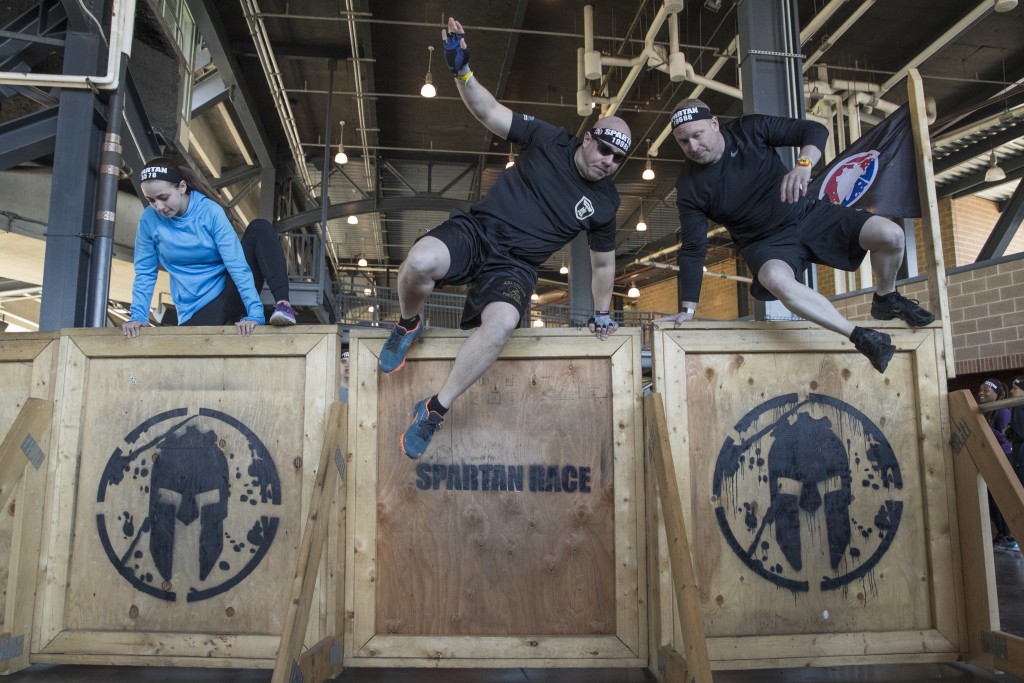 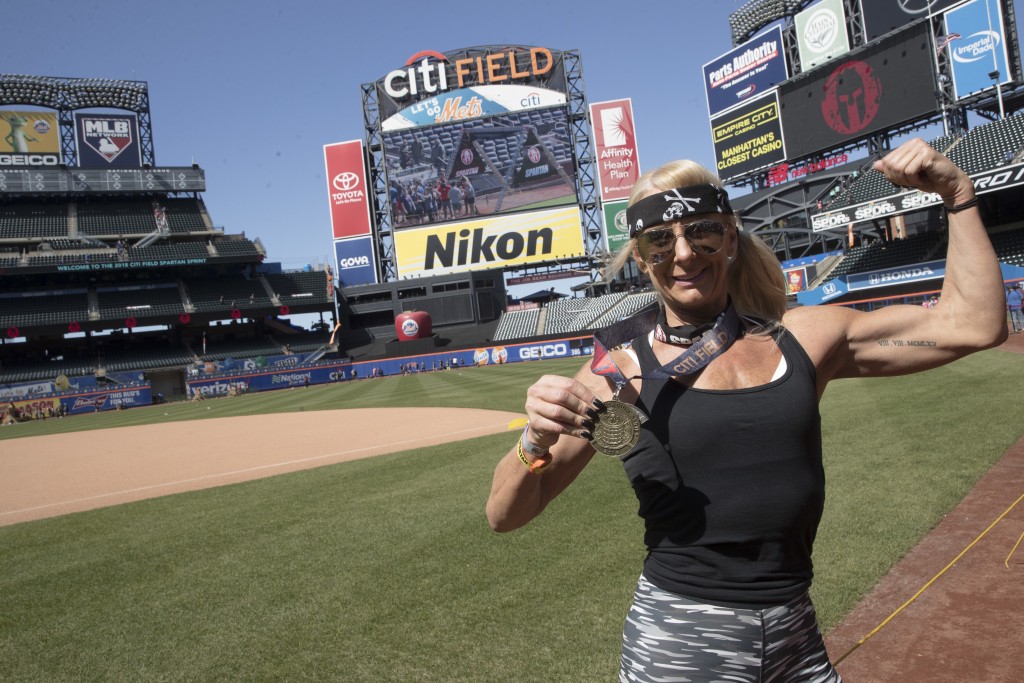 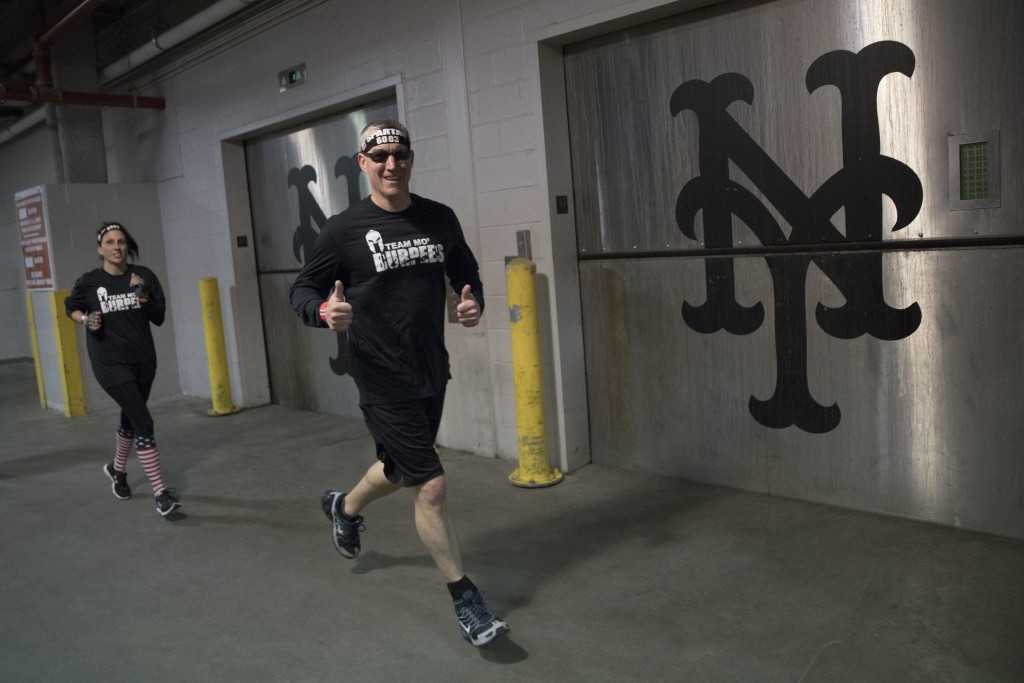 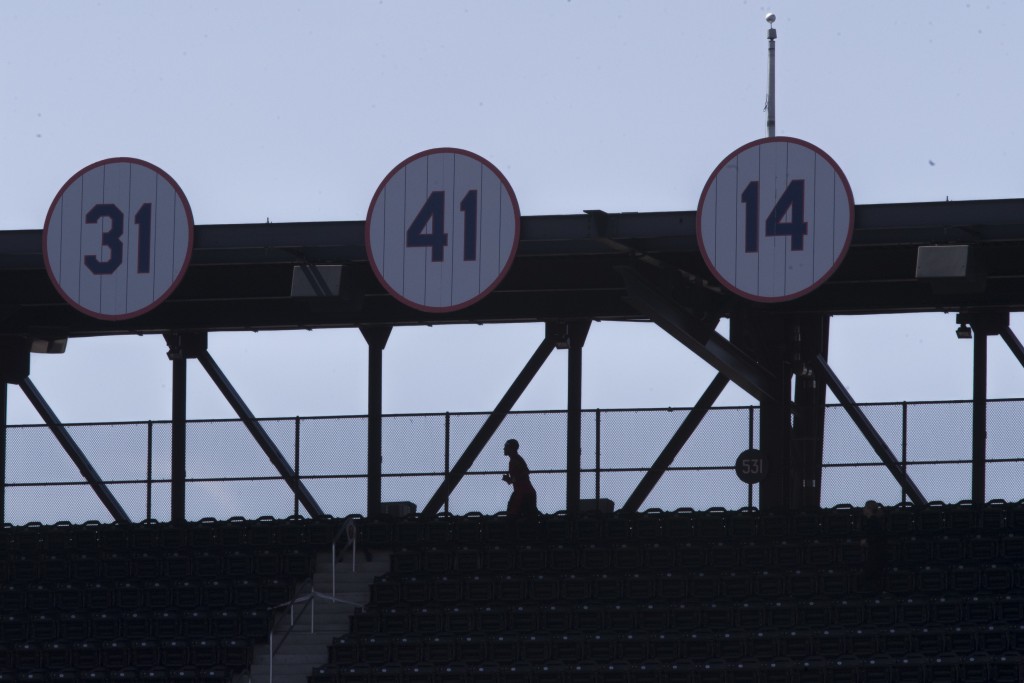 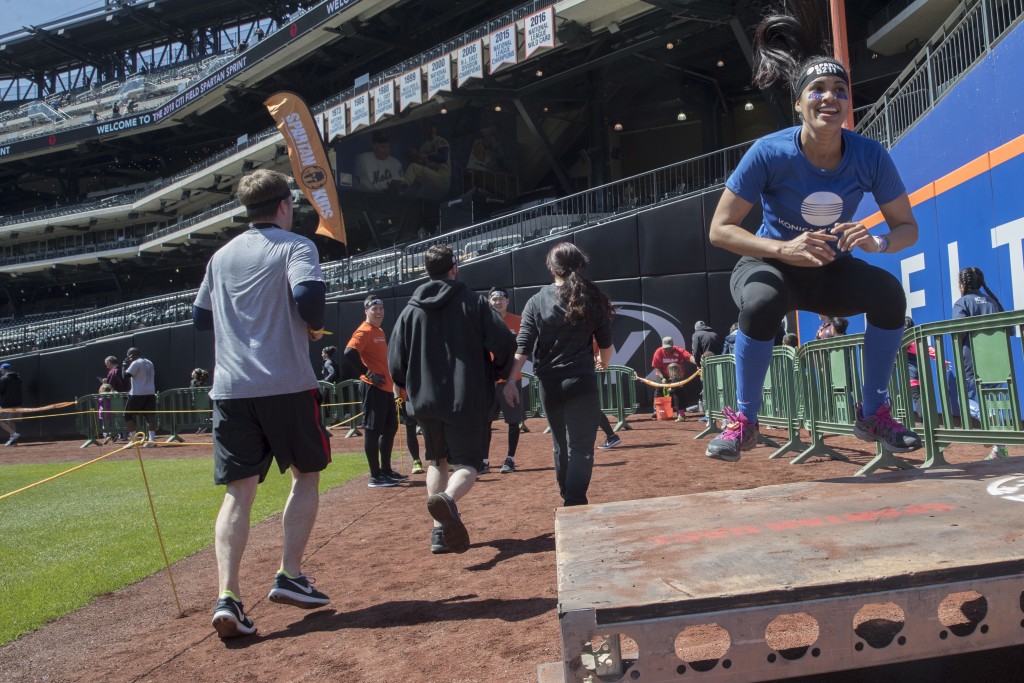 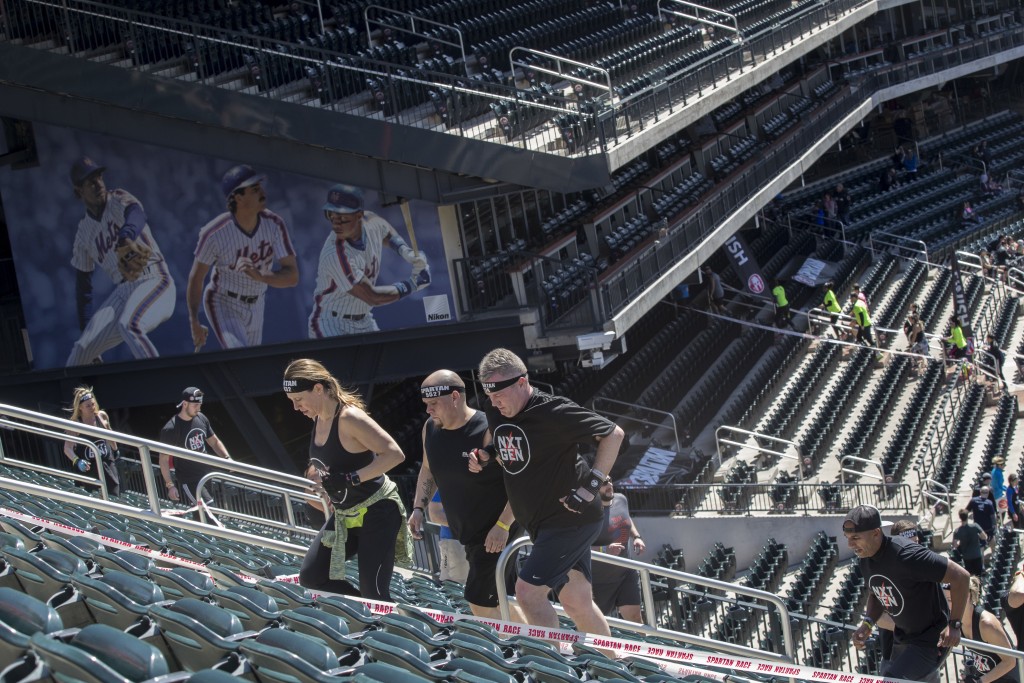 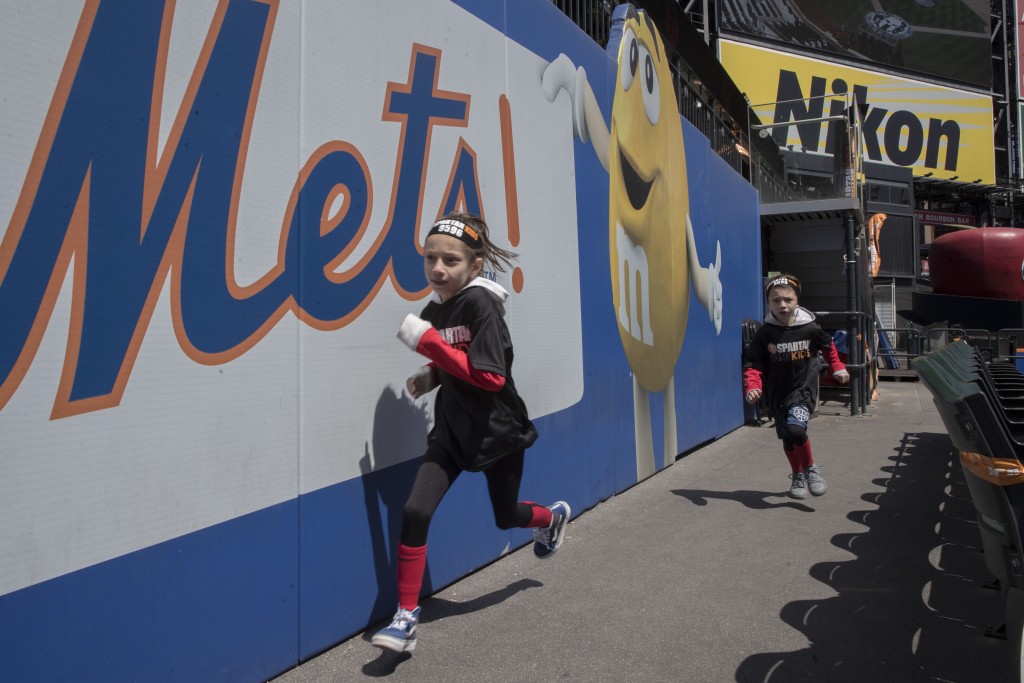 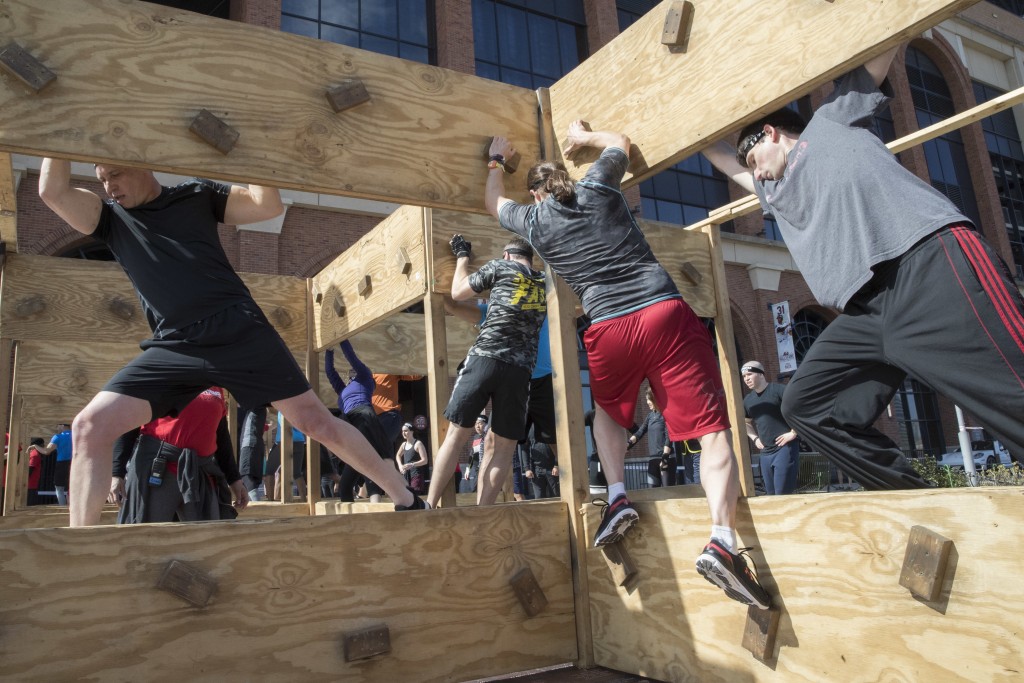 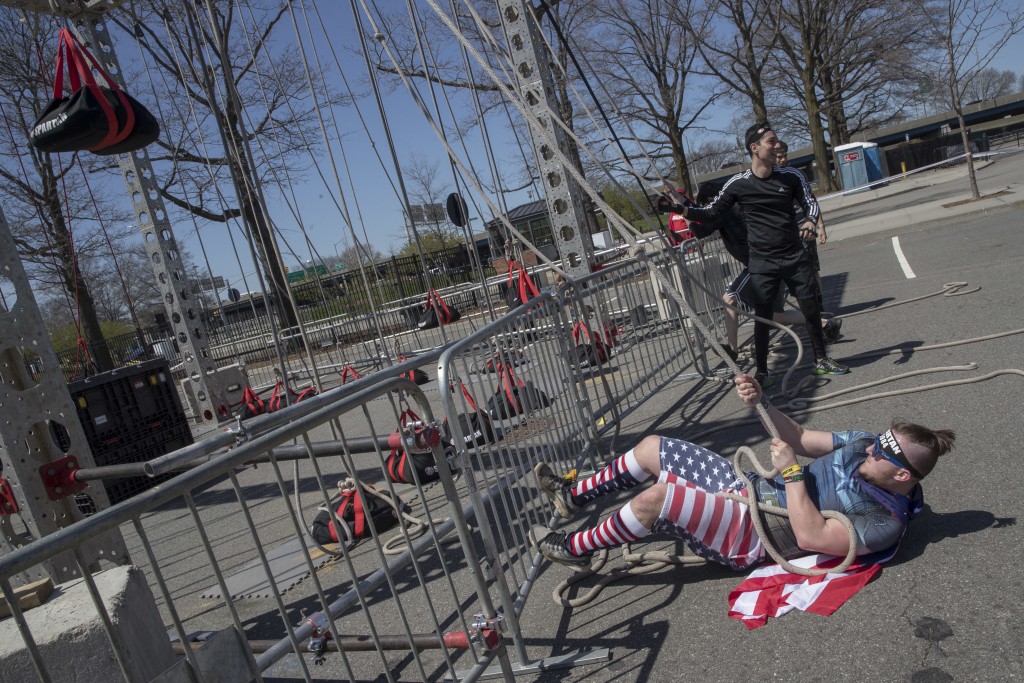 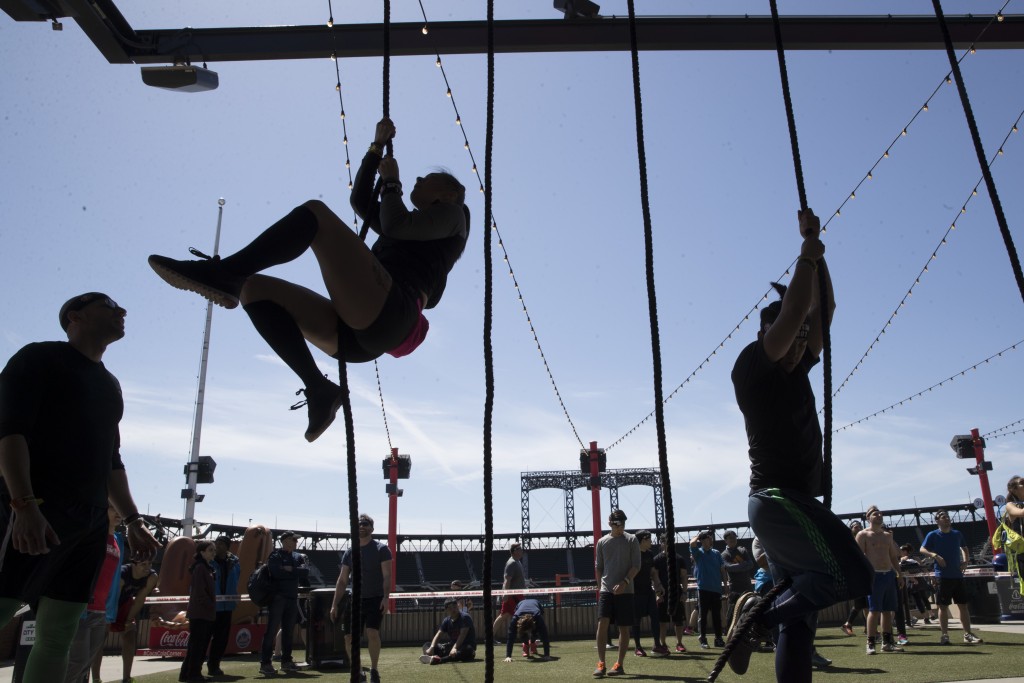 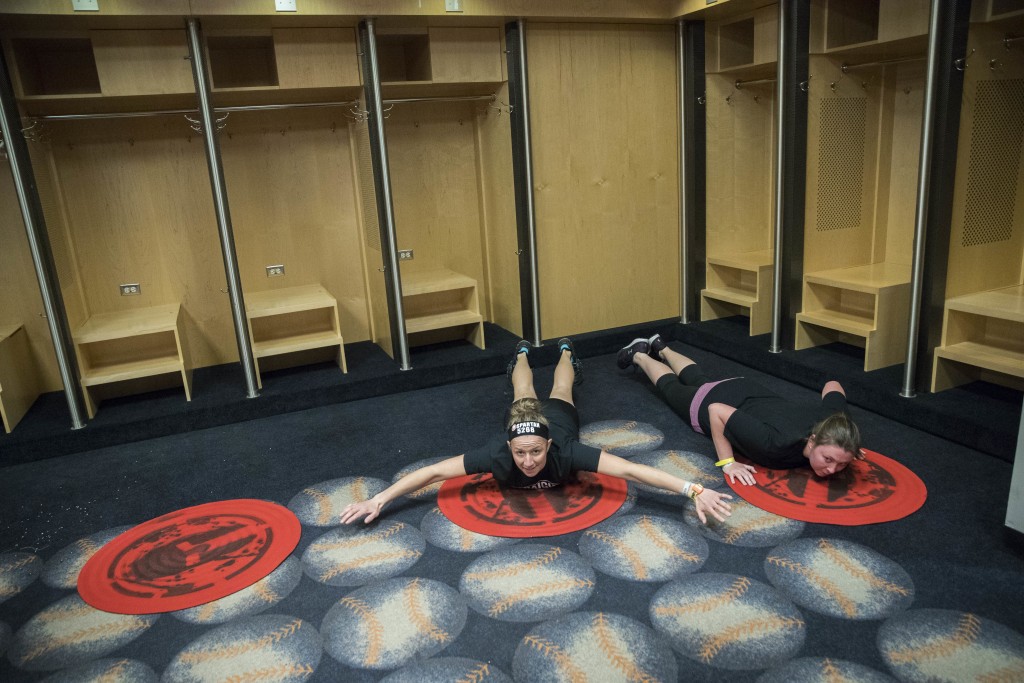 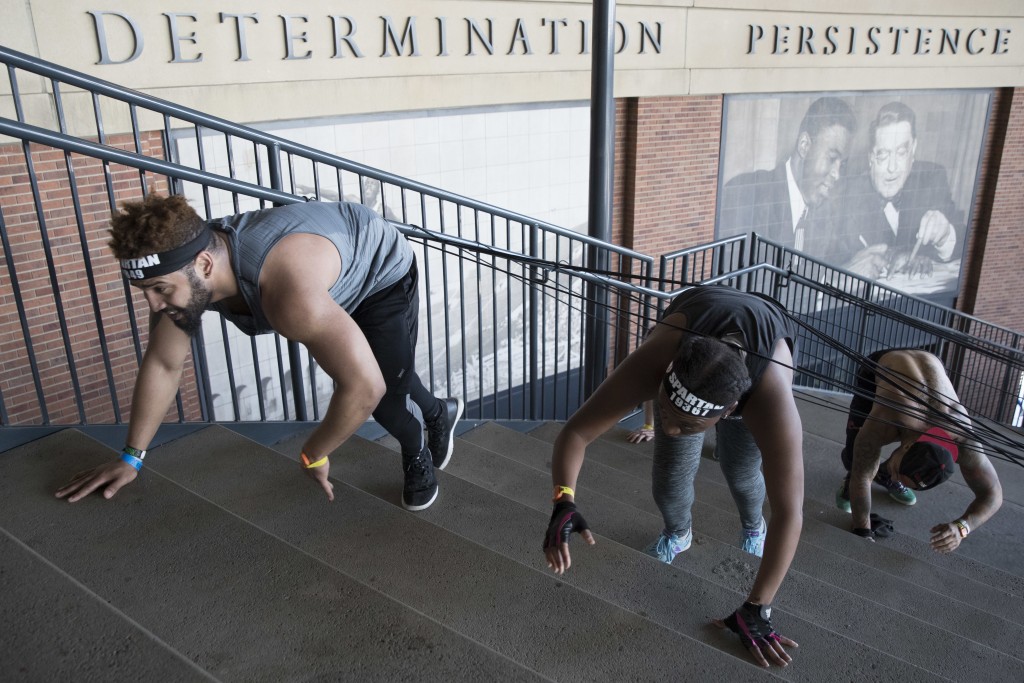 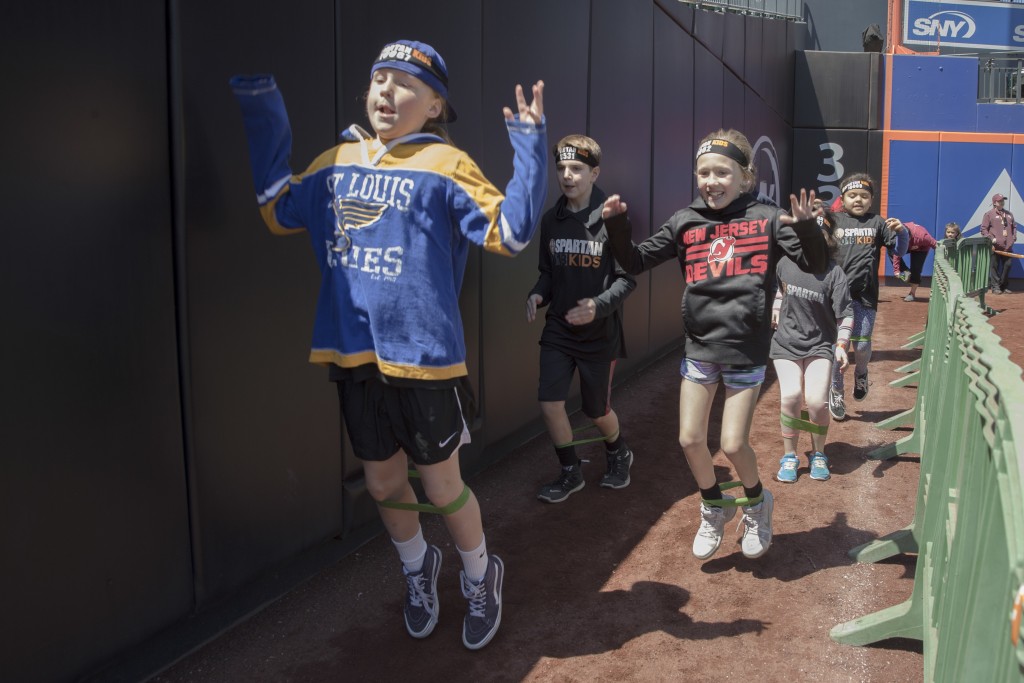 NEW YORK (AP) — On a concourse down Citi Field's first-base line, weekend warriors of all shapes and sizes scaled a roughly 20-foot-tall cargo net, flipped over the top of the A-shaped structure and crawled down the other side.

In the left field grandstands, they carried heavy bags of sand up and down the stadium stairs. On the warning track in center field, they scaled seven-foot walls and slammed medicine balls into the dirt. And behind home plate, they emerged sweat-drenched and smiling from a clustered gauntlet of punching bags, jogged through the finish line and had medals placed around their necks.

"Every time I come to one of these, it always tests your limits," said Matt Judson, one of more than 10,000 Spartan racers who maneuvered the course that day.

That's just what Spartan Race founder and CEO Joe De Sena had in mind when he put on the company's first race in 2007. De Sena didn't invent obstacle course racing, but he has helped bring it to the mainstream. Spartan has attracted over five million participants and will run races in more than 30 countries this year, and De Sena is eyeing further growth, setting a goal of 100 million participants and entry into the Olympics.

Spartan holds more than 200 races annually — some in stadiums like Citi Field and Fenway Park, but many more carved into the terrain of places like Lake Tahoe or Killington, Vermont. There are dozens of races slated throughout Europe, and even Mongolia and Thailand will stage events on this year's circuit. Other similar brands, like Tough Mudder, Rugged Maniac and Warrior Dash, are increasingly pulling people off the couch, too.

It's an industry that's boomed over the past eight years. This level of participation was unthinkable when De Sena first encountered obstacle course racing in the mid-1990s. What he found then was a niche community and "a very disorganized industry." He estimates 20,000-30,000 people globally were involved.

"In the mid-90s and 2000s, there was a specific kind of adventurous person taking a stab at a race like that," De Sena said. "It was a small community."

The shift came around 2010. Soldiers returning from wars in Afghanistan and Iraq sought weekend activities more extreme than beer league softball. CrossFit and other workout programs were encouraging a generation of people eager for outlandish ways to test their fitness. And social media was making it easier than ever to get the word out.

"There's not much more needed than an image or a short video to get people interested," De Sena said. "It just happened. Grandmothers, kids, everybody was attracted to this thing."

The crowd at Citi Field was all over the map — gym rats bounding 7-foot walls with ease, people with average builds casually chatting with friends as they walked between stations, and some left gasping for air between sets of burpees.

The races are difficult for everybody, but even people with below-average fitness can make it to the finish line. That level of accessibility has made obstacle racing an increasingly popular team-building experience for companies.

At Citi Field, Janet Filipow helped organize a 23-person group of employees from Konica Minolta's New York headquarters. The company encourages out-of-office bonding by putting together volunteer outings and a weekly circuit training class, but the Spartan Races created a different vibe. It's just about the hardest thing Filipow could reasonably encourage her coworkers to try, and getting everyone through the course creates a different sort of connection.

"A couple people that had signed up were like, 'I've never done one. I don't know if I can do it.'" Filipow said. "They came back and were like, 'I did it!'

"We'll get to the office on Monday and everyone will be talking about it."

Konica Minolta brought employees ranging from 21 to 60 years old with varying levels of fitness. Amanda Hansen, 35, runs 8-12 miles per week and felt pretty good at the end of the course. Her husband, John Hansen, struggled with all the stairs.

"I didn't train at all, and it was the dumbest thing I probably ever did," he said.

Even though the course whipped him, John was already planning to do another race.

De Sena knows that's the way to get people hooked — put obstacle racing on their radar and get them on the course, and they'll keep coming back. Making that initial connection is the key, and Spartan is working many avenues to raise awareness of the sport. It does well on social media, through word-of-mouth, and it even has a show on NBC — Spartan Ultimate Team Challenge.

But one platform in particular could be crucial to helping De Sena reach his 100-million person goal: the Olympics.

De Sena helped launch the International Obstacle Racing Federation — now known as the World OCR — in 2014. The federation is working with over 60 countries and expects to reach 75 by the end of 2019, a key threshold in lobbying for Olympic status. De Sena hopes the sport can break through for the 2024 Olympics in Paris.

"I think we'd be really good for the Olympics," De Sena said. "We have such a giant audience."

And one that keeps coming back. Judson ran his first race with coworkers in Florida a few years ago and has now done races in three different states. He'll add a fourth with a race in Vermont later this year.

"The camaraderie, it brings everyone closer together," he said. "Kind of like a family, almost."