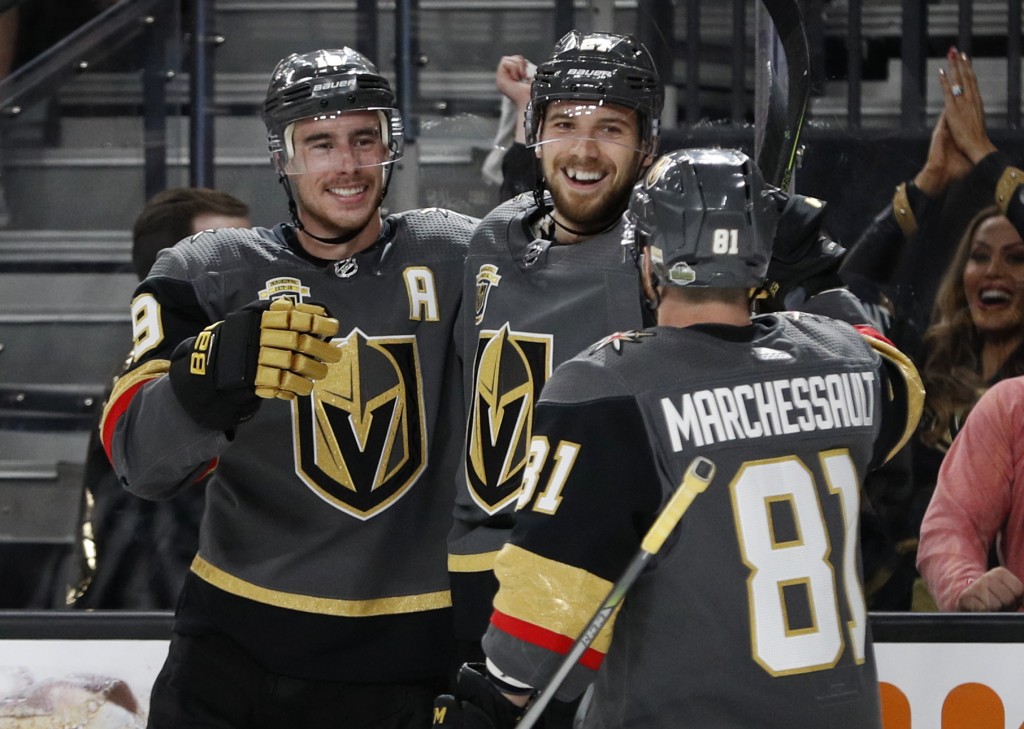 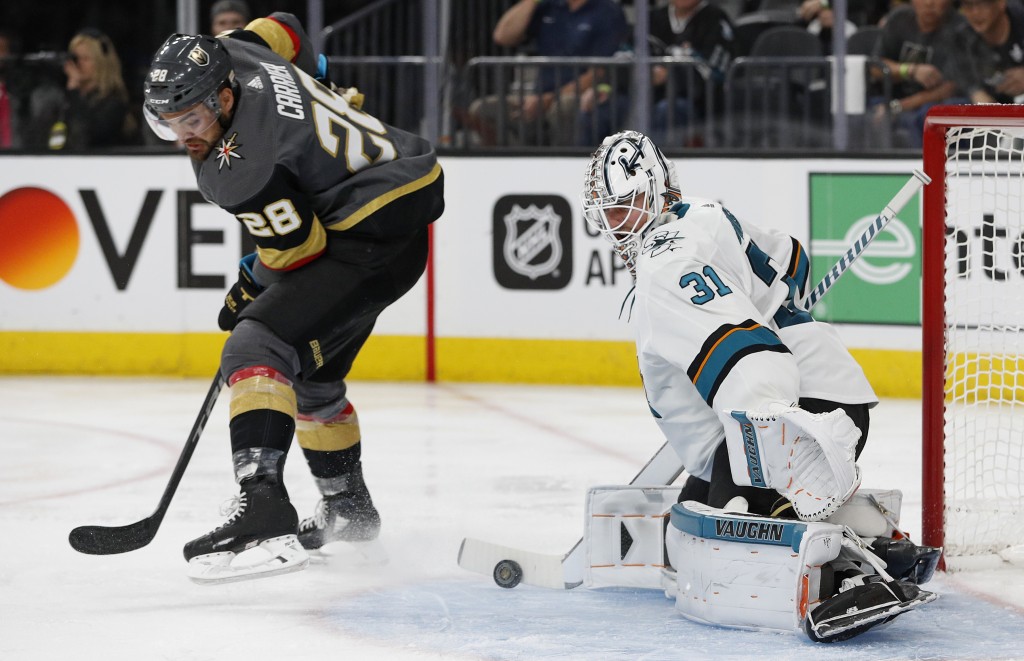 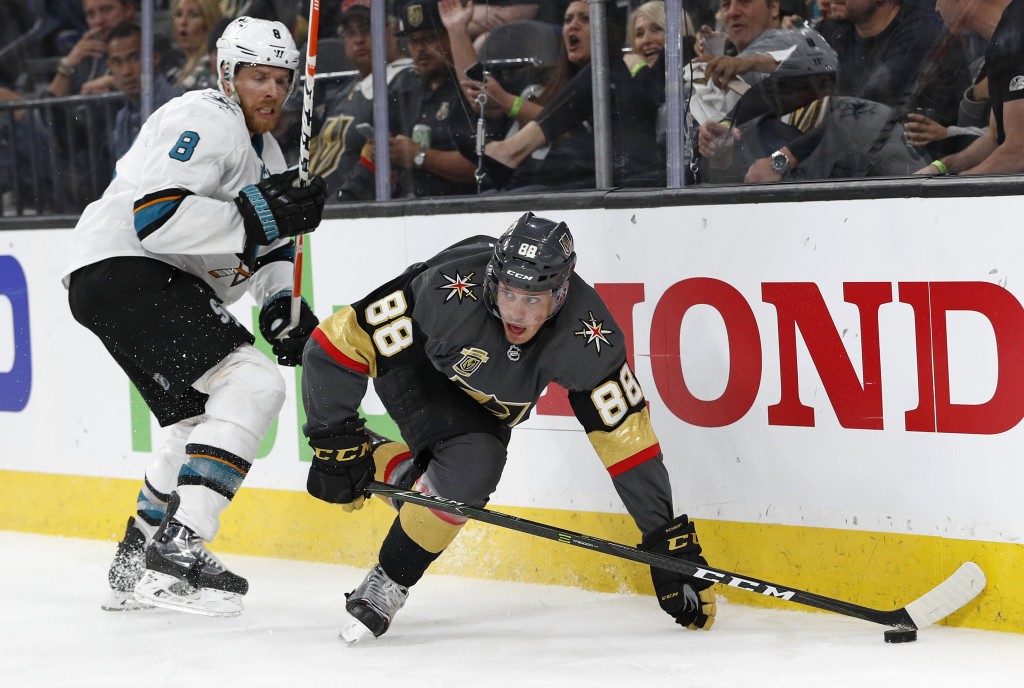 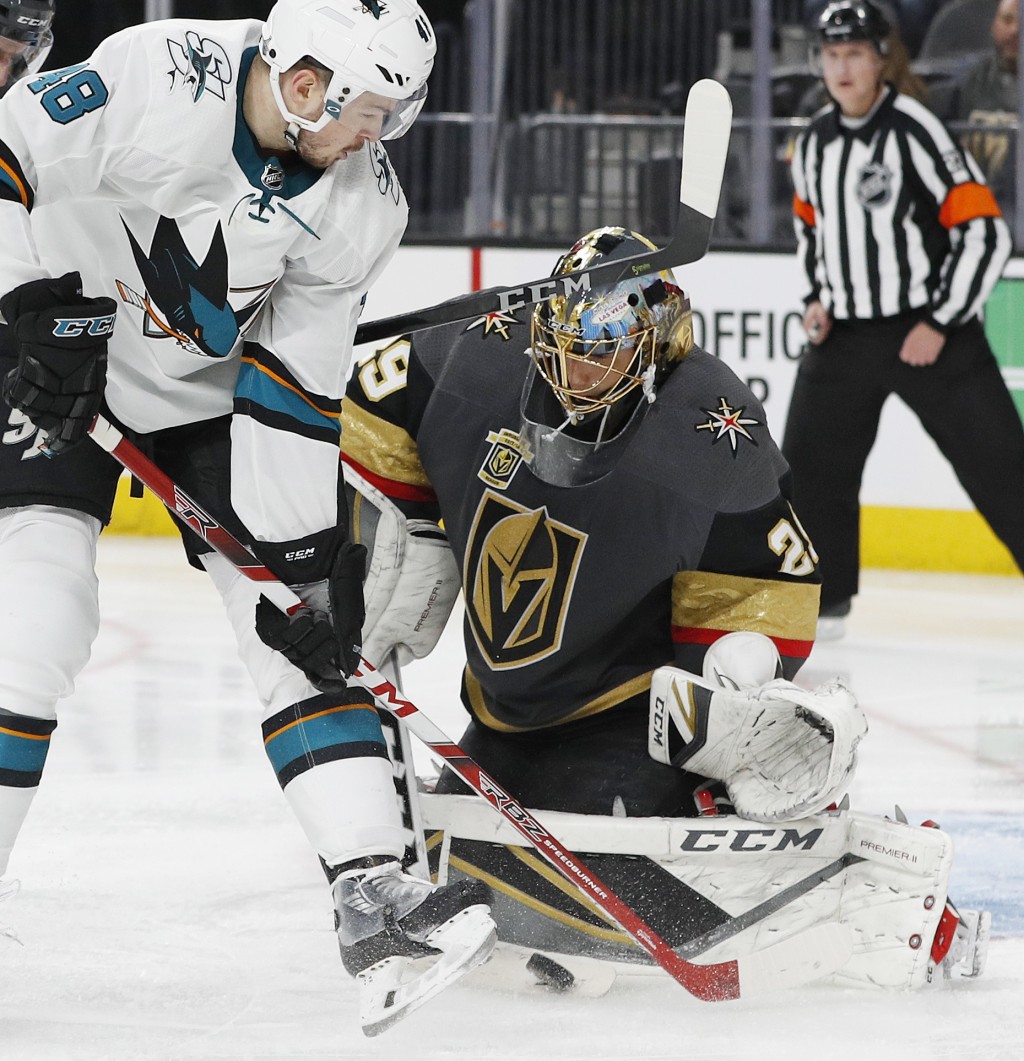 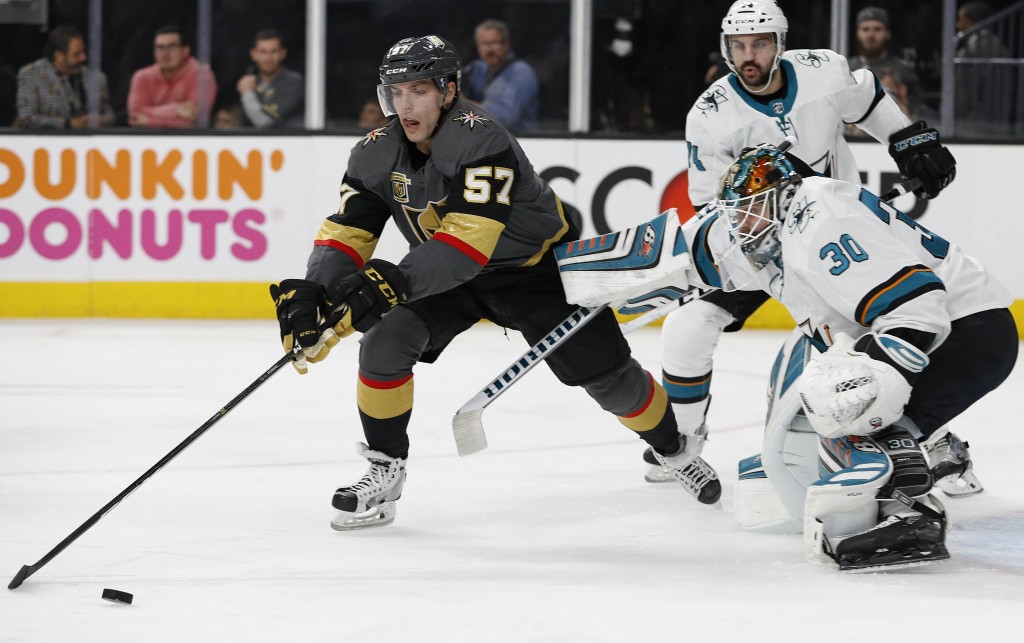 LAS VEGAS (AP) — The bookies in this gambling city have to be getting a bit nervous.

Hockey fans, though, are nothing short of ecstatic.

They screamed, danced and cheered as the goals came one right after another in a first period blitz Thursday night as the Vegas Golden Knights remained undefeated in the playoffs by dominating the San Jose Sharks 7-0 in the opening game of the Western Conference semifinals.

The hottest show on the Las Vegas Strip got even hotter as the Knights — who were 200-1 at many sports books to win the Stanley Cup before the season began — opened their second playoff series with a rout of the Sharks that was over before the Zambonis hit the ice.

This had nothing to do with the so-called Vegas Flu that has overcome some visiting teams who might have not resisted some of the pleasures on the Las Vegas Strip. This was a simple beat down, by a group of players who had never been together on the ice before the season began.

"It's not going to be like this every night," Knights goalie Marc-Andre Fleury said. "We're going to enjoy this and move on."

Once again, the Knights played like no expansion team ever before. Once again, they showed that perhaps the fantasy of bringing the Stanley Cup to the Las Vegas Strip may not be such a fantasy after all.

And once again, 18,444 fans sang "Viva Las Vegas" and went home happy — but not before watching Fleury join them in doing the wave in the closing minutes.

"It's a great home crowd," Vegas coach Gerard Gallant said. "We like them a lot."

There's a lot to like about a team that a year ago was nothing more than an expansion project with an uncertain future. Now the Knights are tearing through the playoffs like a hot dice thrower at the craps table.

That might be a problem at the sports books, which are on the hook for possibly millions if the Knights should win it all. But it's playing out nicely around the rest of Las Vegas, which is awash in Knights merchandise as the city that has never had a major sports team eagerly embraces one that is its very own.

If getting to the playoffs was seen as almost impossible before the season began, the Knights are 5-1 in sports books on the Strip to win it all, just behind Nashville and Tampa Bay as favorites.

With good reason. The Knights are the only remaining unbeaten team in the playoffs, and have the hottest goalie around. Fleury, picked up from Pittsburgh in the expansion draft, got his third shutout of the playoffs and has allowed only three goals in five games.

He didn't allow any against the Sharks, stopping 33 shots to record the shutout.

The team that proudly declares itself Vegas Born thrilled a raucous crowd at the T-Mobile arena, scoring three goals within a span of 1:31 in the first period to pretty much put the game away early.

Against a team that — like the Knights — swept their opening series, they turned the game into a rout early. Seven players scored goals, though with Fleury in net there was no way seven would be needed.

"You don't get extra points for winning by a touchdown like they did," San Jose coach Peter DeBoer said. "We just have to be better."

Earlier, Knights general manager George McPhee talked about how good the team he put together might be. But even he had to be surprised at the ease the Knights, coming off a nine-day layoff after sweeping the Los Angeles Kings, won their second-round opener.

"We think we're a pretty good club but we'll keep trying to do what we do and see where it takes us," McPhee said. "We haven't really looked at the season in its totality before it started, or the playoffs in its totality."

The formula for the Knights has been as simple as it has been effective. With some top talent there for the taking in the expansion draft the Knights combined a fast, swarming attack with stellar work of Fleury to win their division.

Nothing changed in the opening game against the Sharks except the goals came early and often.

"We play fast, we play quick, we play direct hockey," Gallant said. "So far it's worked for us."

The Knights have done all of that, and more to move into the serious conversation about what teams can win the Stanley Cup.

If any more proof was needed, even the bookies are believers now.