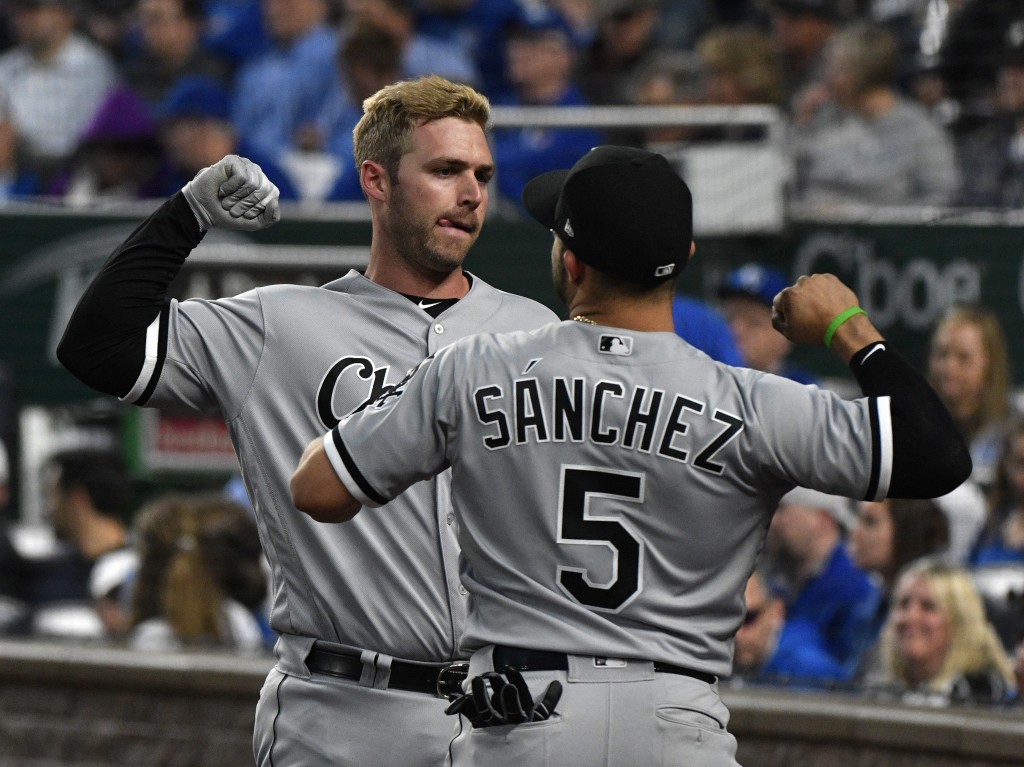 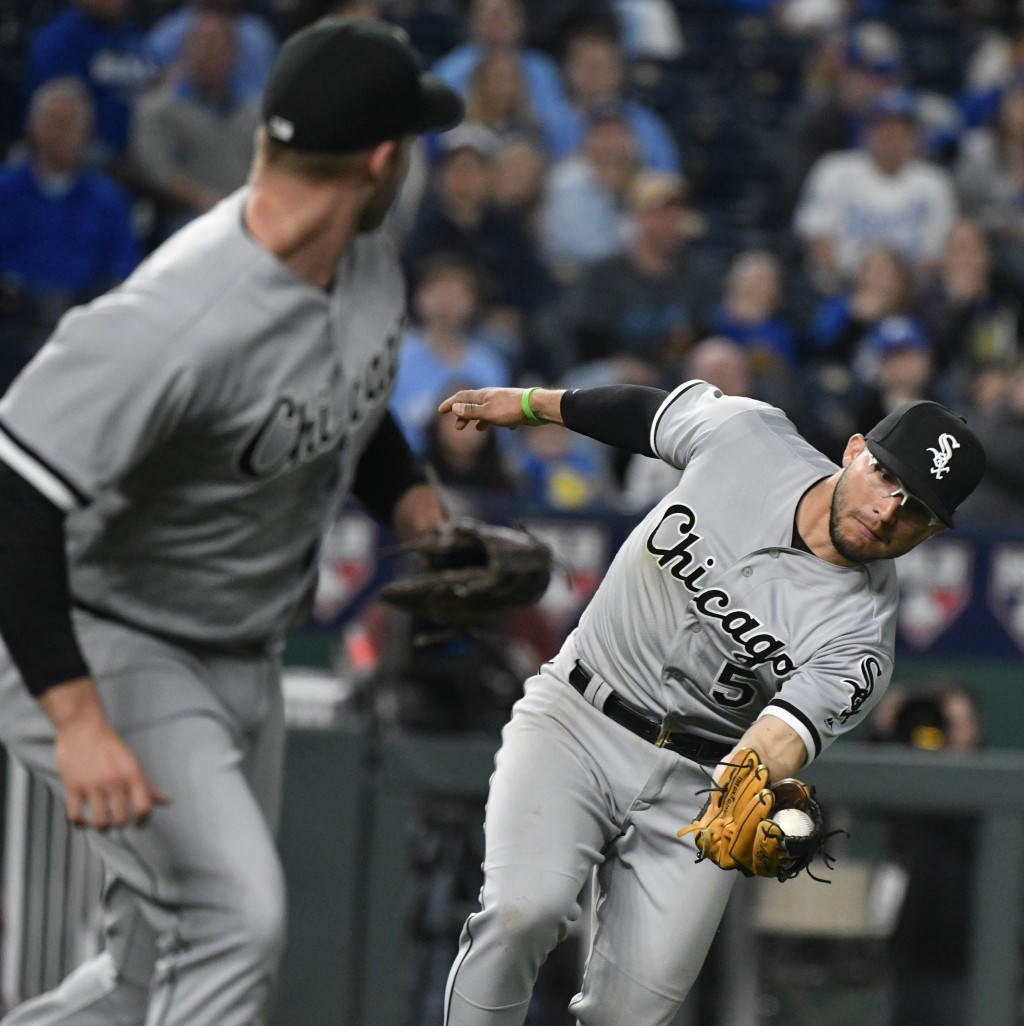 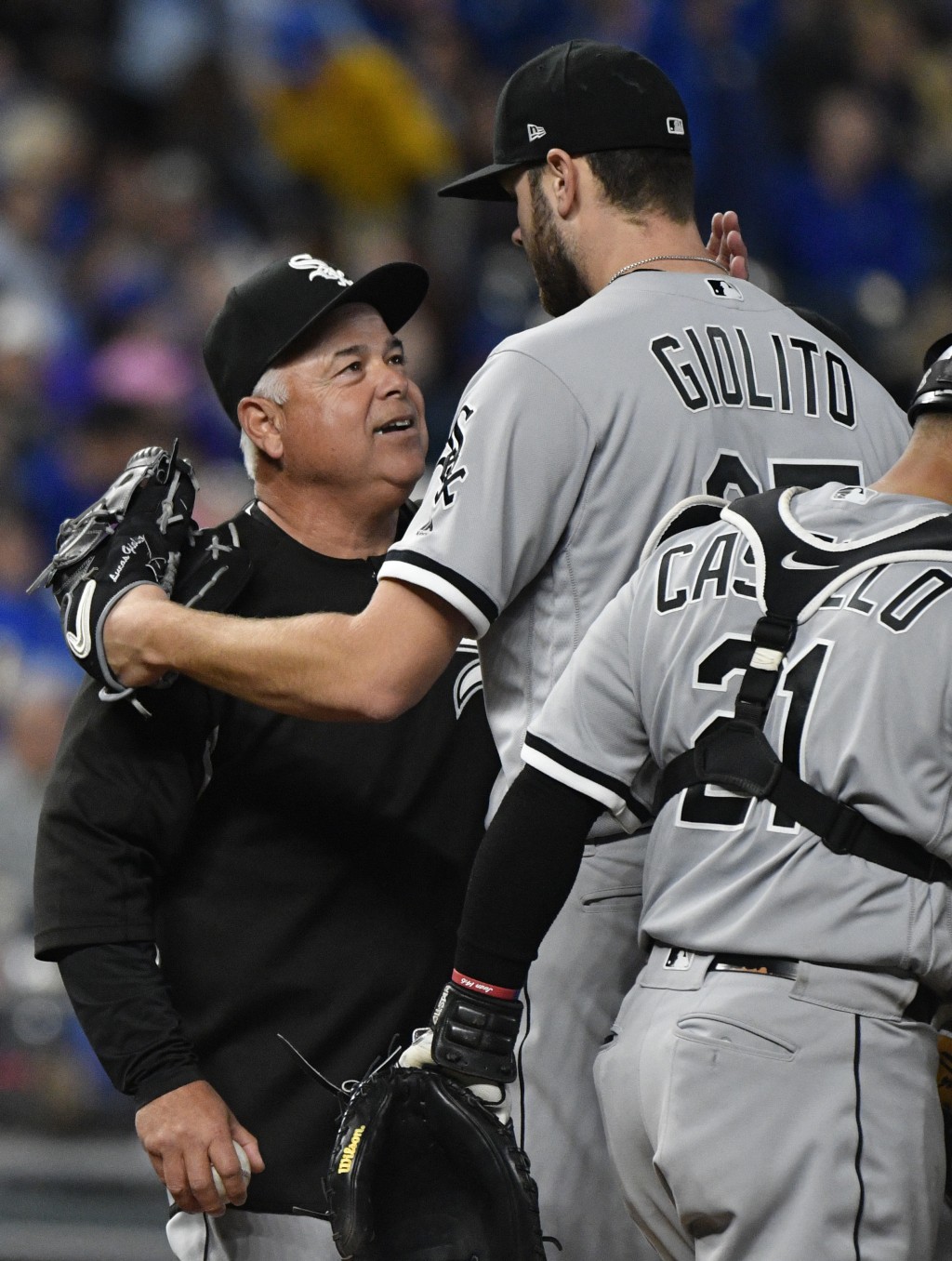 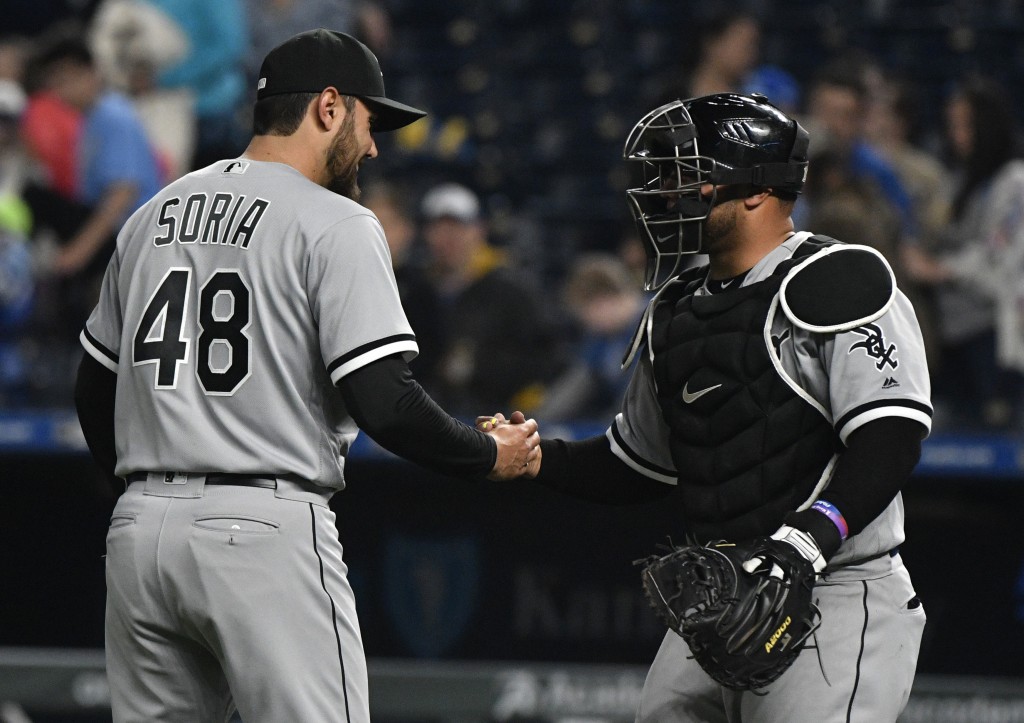 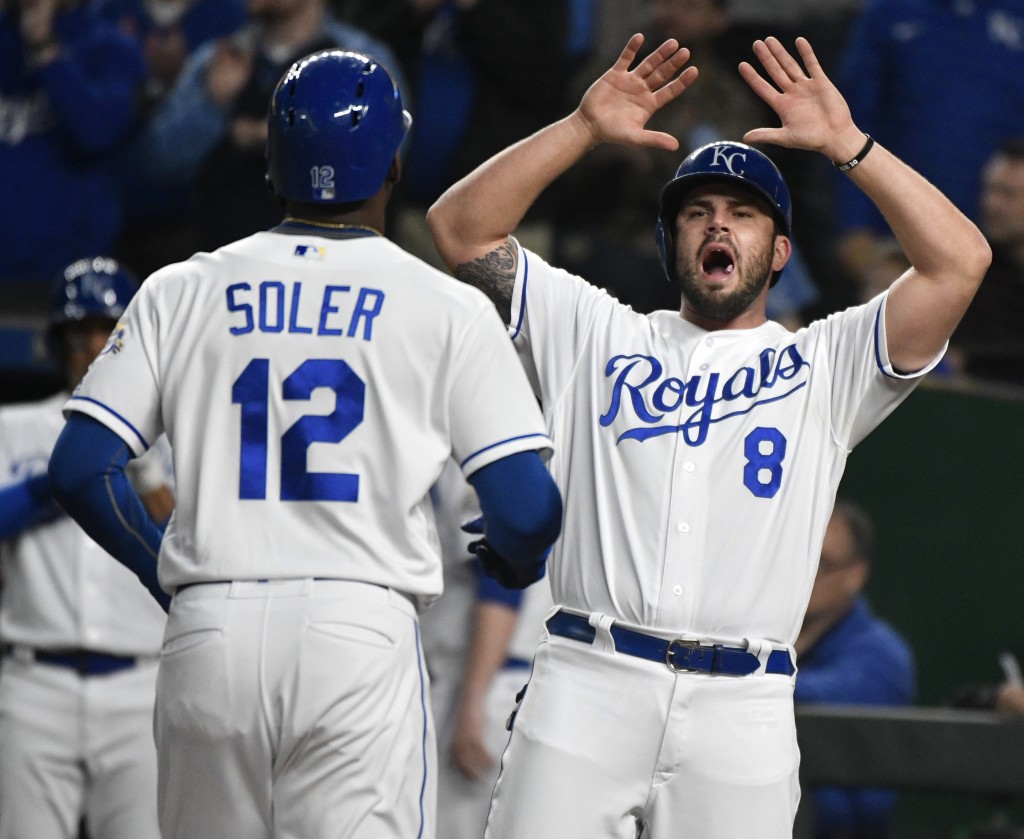 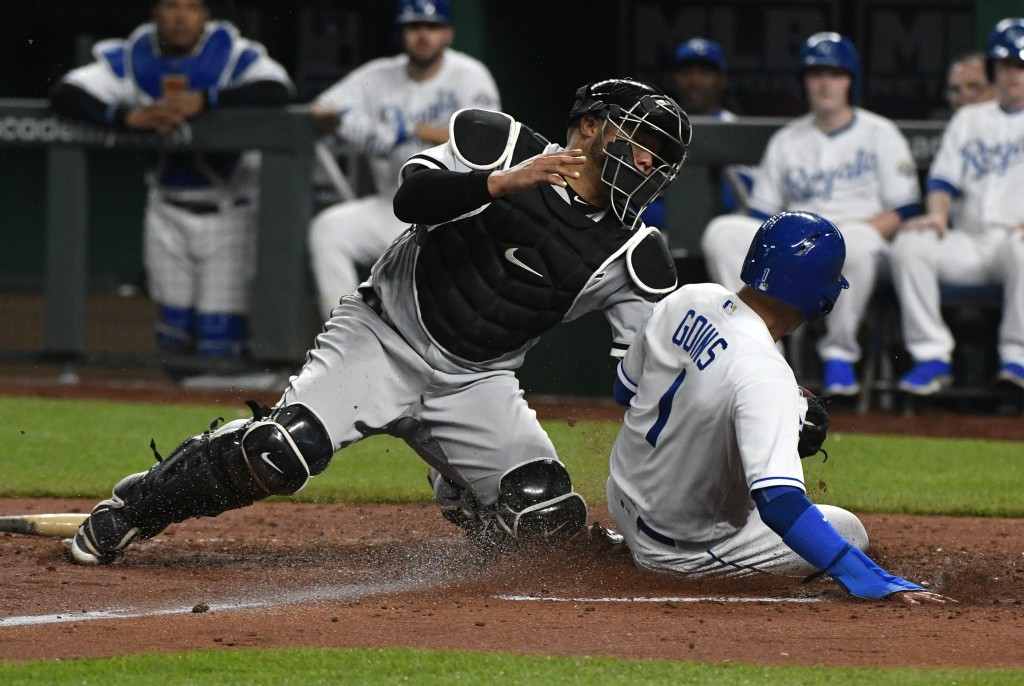 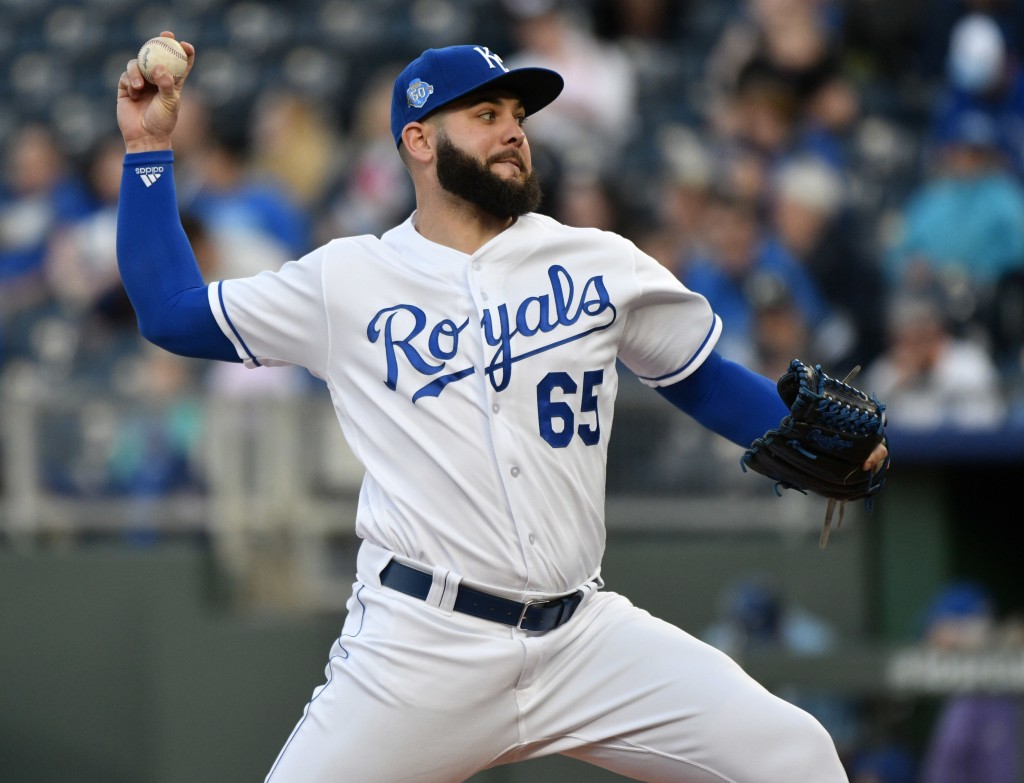 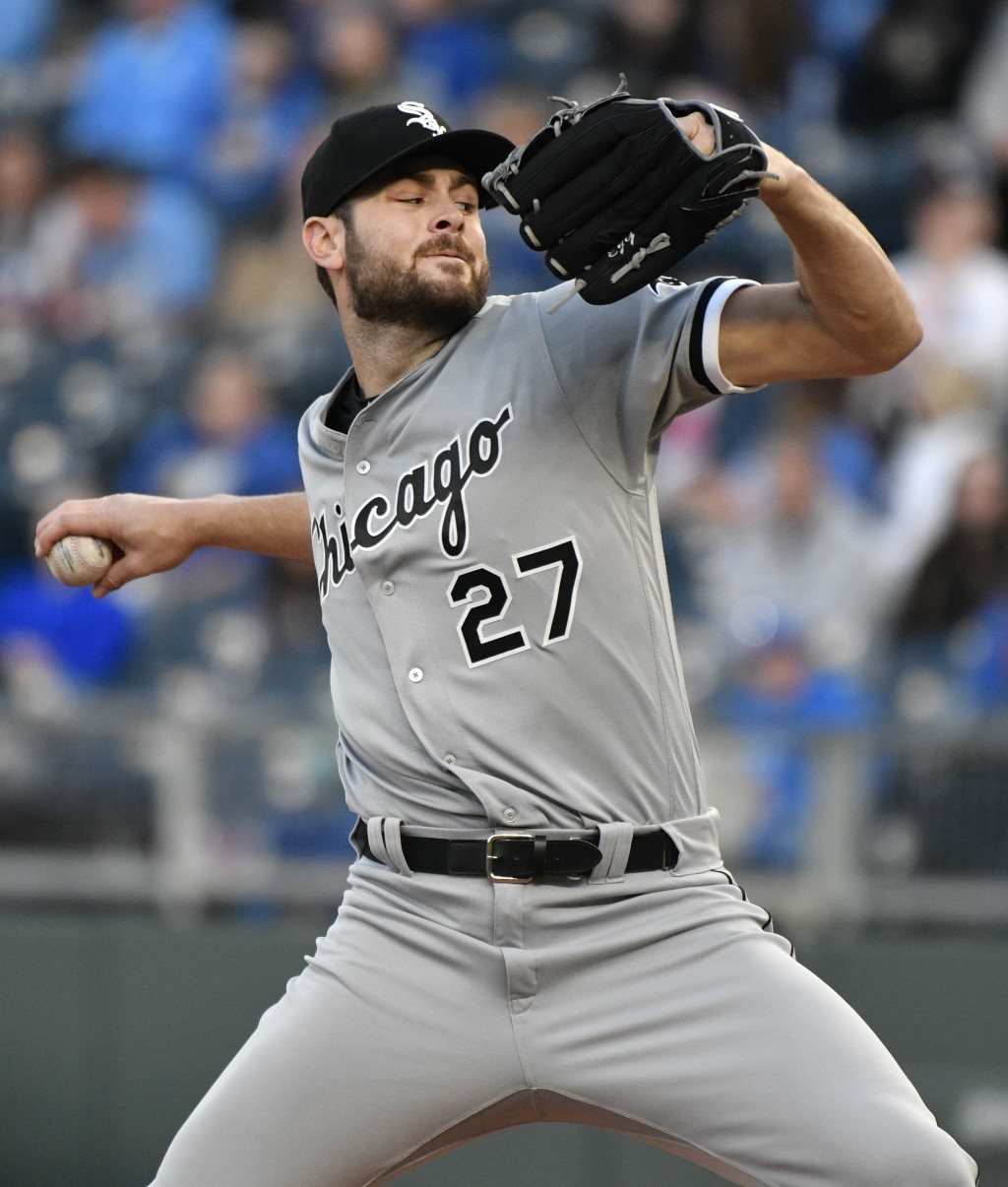 Davidson, who drove in three runs, has seven home runs this season — five against the Royals. He hit three out in the season opener March 29. In this game, he homered in the fourth and then hit a two-run shot in the sixth that wemt 450 feet to left-center.

Yoan Moncada homered to open the first inning for Chicago for the second straight night, and Yolmer Sanchez and Trayce Thompson also went deep against Jakob Junis (3-2), who became the third pitcher in franchise history to allow five homers in a game. The others were Chris Young, May 9, 2016 at the New York Yankees, and Sean O'Sullivan, May, 28, 2011 at Texas.

Junis gave up six runs and six hits with two walks over 5 2/3 innings.

Lucas Giolito (1-3) earned his first victory, allowing two runs and five hits over 5 2/3 innings. His only hiccup was a Jorge Soler home run with Mike Moustakas aboard in the fourth.

The Royals loaded the bases with one out in the eighth and managed to score a run on Alcides Escobar's two-out single. Joakim Soria worked a scoreless ninth for his third save in four chances.

The White Sox picked up just their second victory in 11 games. The Royals dropped to a Major League worst 1-10 at home.

The White Sox sent 1B Casey Gillaspie outright off the 40-man roster. Gillaspie, a 2014 first-round pick of the Rays, was hitting .214 with 29 strikeouts in 76 at-bats with Triple-A Charlotte. ... The White Sox acquired OF Todd Cunningham from the Pirates for future considerations. He has spent parts of three seasons in the majors with the Braves and Angels.

White Sox manager Rick Renteria said RHP Danny Farquhar has been able to go on light walks with his wife as he continues to improve. He remains in stable condition in intensive care after suffering a brain aneurysm Saturday and collapsing in the dugout.

White Sox: 1B Jose Abreu was not in the lineup with flu-like symptoms, which caused him to exit in the fourth inning Wednesday. ... LF Nicky Delmonico was scratched with a stiff neck. Traycie Thompson replaced him in the lineup.

Royals: RHP Nathan Karns, who is on the disabled list with right elbow inflammation, threw a 25-pitch one inning simulated game. ... RHP Ian Kennedy has the clearance to start Sunday after leaving his Tuesday start with a bruised toe.

White Sox: RHP Reynaldo Lopez has not allowed more than four hits or two runs in any of his four starts.

Royals: LHP Danny Duffy was pulled after 4 2/3 innings in his previous start, allowing six runs on 10 hits and two walks at Detroit.