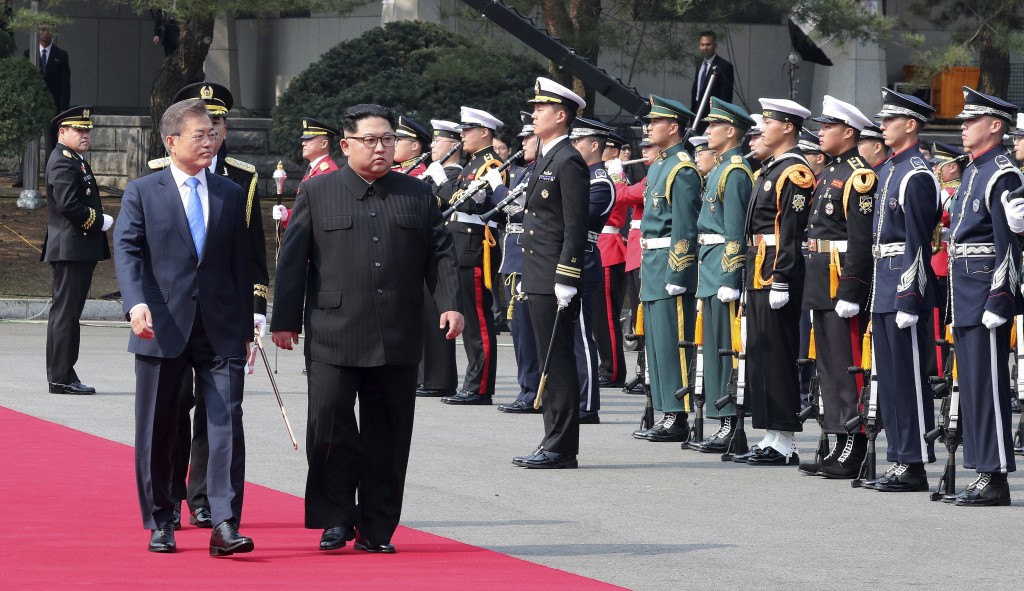 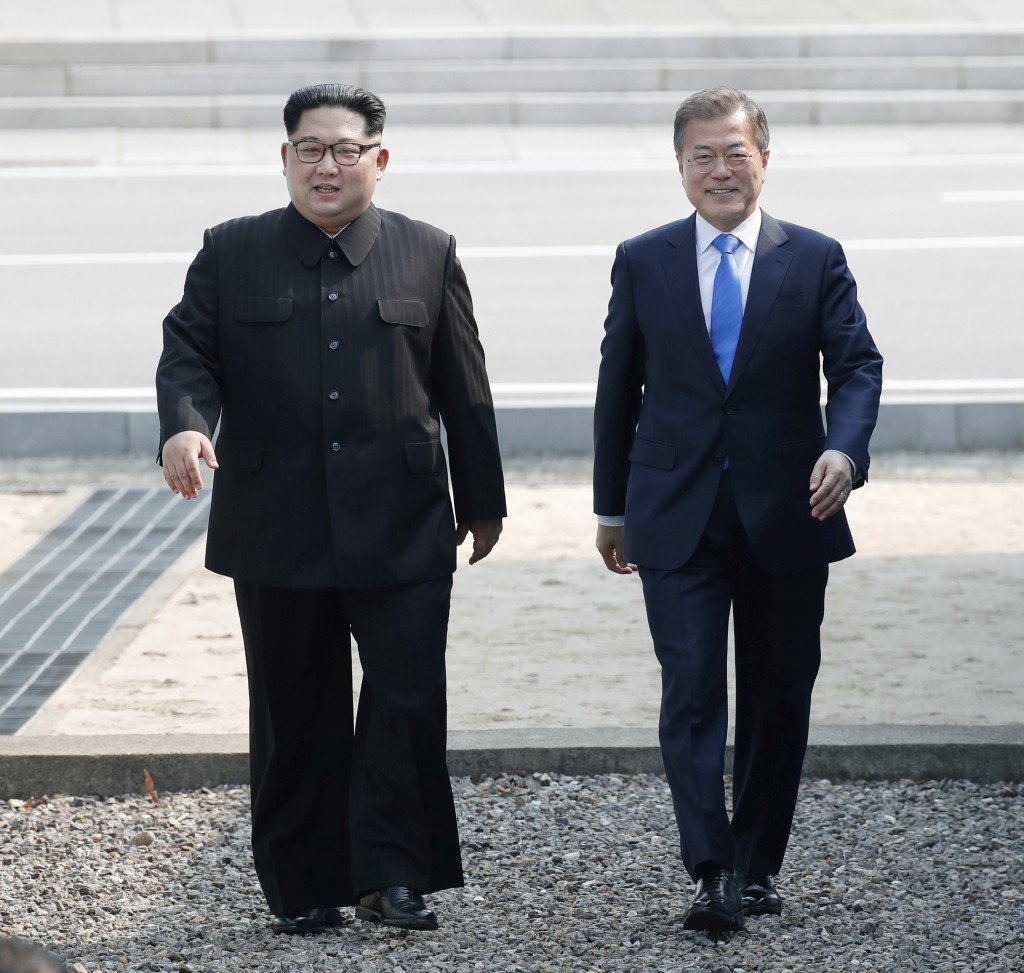 GOYANG, South Korea (AP) — Friday's summit between the leaders of the rival Koreas won't be entirely focused on North Korea's nuclear weapons, though they will certainly top the agenda after the recent rapid progress North Korea has made. The meeting is a rare opportunity for the two men to discuss other thorny issues at the highest level.

The success of the summit largely depends on negotiations centered on the North's commitment to nuclear disarmament.

North Korea has previously argued that it can disarm only when the United States withdraws its 28,500 troops from South Korea and allows an inspection of U.S. military bases in the South that North Korea alleges hide nuclear weapons.

Despite skepticism about Kim's sincerity, this is the first time he has offered to negotiate over his nuclear weapons since taking office in late 2011. Moon says Kim this time has not specifically demanded the pullout of the U.S. soldiers in South Korea as a condition for his country's disarmament.

Kim plans to have a separate summit meeting with U.S. President Donald Trump in May or early June.

Some analysts say Kim and Moon could end up agreeing on "a comprehensive, complete denuclearization of the Korean Peninsula" so they could keep up momentum for dialogue until the more important Kim-Trump talks.

The Korean Peninsula is one of the most volatile areas on Earth, with hundreds of thousands of combat-ready soldiers from the two Koreas deployed along the mine-strewn border. That's largely because the armistice that ended the 1950-53 Korean War has yet to be replaced with a peace treaty.

Moon recently said the two Koreas should formally agree to stop the war and sign a peace treaty, days after Trump gave his "blessing" for them to discuss an end of the war.

But South Korea wasn't a signatory to the 1953 cease-fire arranged by North Korea and China on one hand and the American-led U.N. Command on the other. Still, the two Korean leaders can discuss the topic.

North Korea has long sought a peace treaty with the United States. It says it needs nuclear weapons to cope with what it calls U.S. military threats. The signing of a peace treaty could eventually lead to North Korea and the U.S. establishing diplomatic relations and opening embassies in each other's capitals, but analysts say it could also provide the North with grounds to call for the withdrawal of the U.S. troops in South Korea.

After their second summit in 2007, the Koreas agreed to pursue peace and end their standoff, but they failed to forge a genuine detente because of the North's nuclear program.

The two leaders will also likely discuss how to mend ties strained during nearly a decade of conservative rule in South Korea before Moon took office last May.

All cooperation projects initiated after the two previous summits, in 2000 and 2007, were stalled as two back-to-back South Korean conservative presidents took a harder line on North Korea's advancing nuclear program. The North churned out near-daily crude insults of South Korean leaders, calling them a "rat" and a "prostitute."

Moon and Kim have already taken a series of steps to cooperate ahead of Friday's summit. They let their athletes parade together to open February's Winter Olympics in South Korea and fielded a single Olympic team in women's hockey. After the games, a group of South Korean pop singers flew to North Korea, where they performed and shook hands with Kim.

Moon will likely propose resuming reunions of families separated by the Korean War as an urgent humanitarian issue for elderly people who are desperate to reunite with their loved ones before they die.

Restarting a jointly run factory park in the North Korean border city of Kaesong appears difficult because it could violate U.N. sanctions against North Korea. But experts say a major breakthrough in the North Korean nuclear issue in the Kim-Trump talks could raise prospects for the resumption of some cooperative projects.