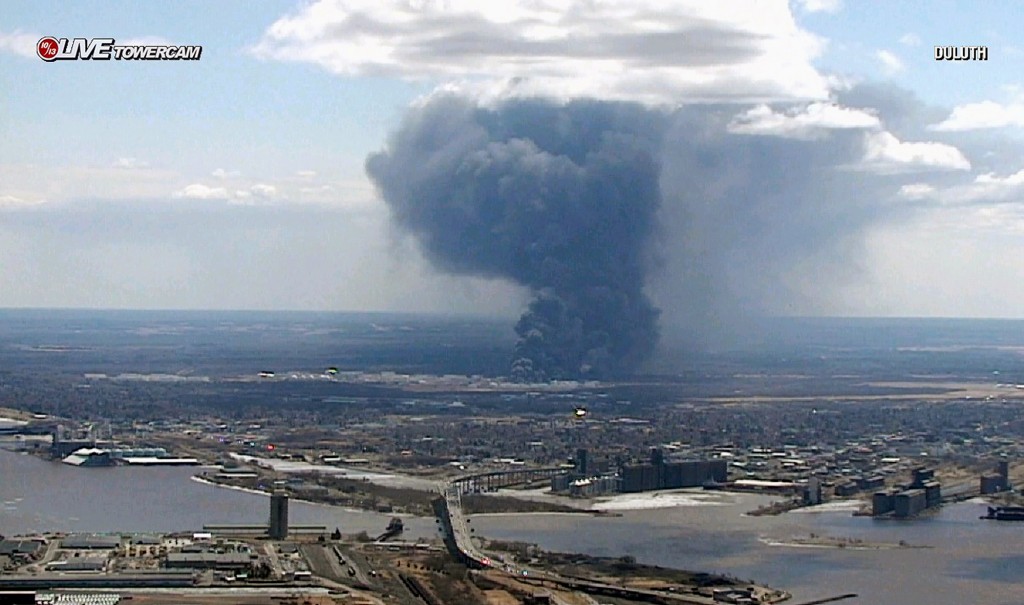 An explosion and asphalt fire at a Wisconsin oil refinery on Thursday sent huge plumes of smoke into the air that pollution experts said almost certainly contained large amounts of toxins, posing a serious health risk to those living downwind.

Asphalt is a petroleum product that when burned emits chemicals in gaseous form and small particles that can linger long after the smoke dissipates, said Wilma Subra, a chemist with the Louisiana Environmental Action Network who has examined past refinery accidents.

The gases include so-called volatile organic compounds, or VOCs, which can cause symptoms ranging from dizziness, breathing problems and nausea to liver damage and cancer, depending on the level and length of exposure, according to the U.S. Environmental Protection Agency.

Also present in asphalt smoke are microscopic particles of chemicals that stick together as visible smoke.

Those particles carry cancer-causing benzene and other contaminants that can lodge deep in the lungs when inhaled. From there, they can pass directly into a person's bloodstream, said Neil Carman, a former refinery inspector for the Texas Commission on Environmental Quality, now with the Sierra Club.

"Anybody breathing that stuff should be very concerned about what's getting into deep tissue, into the bloodstream," Carman said. "When you see that kind of smoke, it means you're getting a lot of unburned hydrocarbons. ... Those particles are loaded with carcinogens."

Officials ordered an evacuation of a wide area around the Husky Energy refinery to reduce the public's exposure to the plume. The fire was put out late Thursday and the evacuation order lifted.

The duration and extent of the toxic hazard depends on a variety of factors, such as wind direction and speed, proximity to the refinery and weather events that can trap pollution close to the ground, said Elena Craft, senior health scientist for the Environmental Defense Fund.