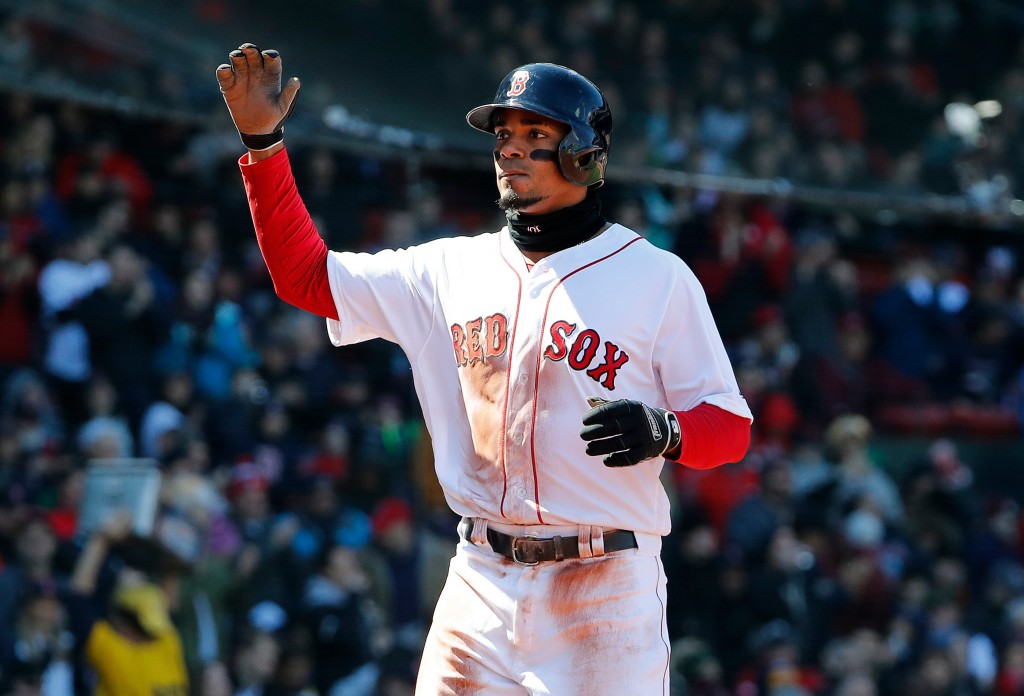 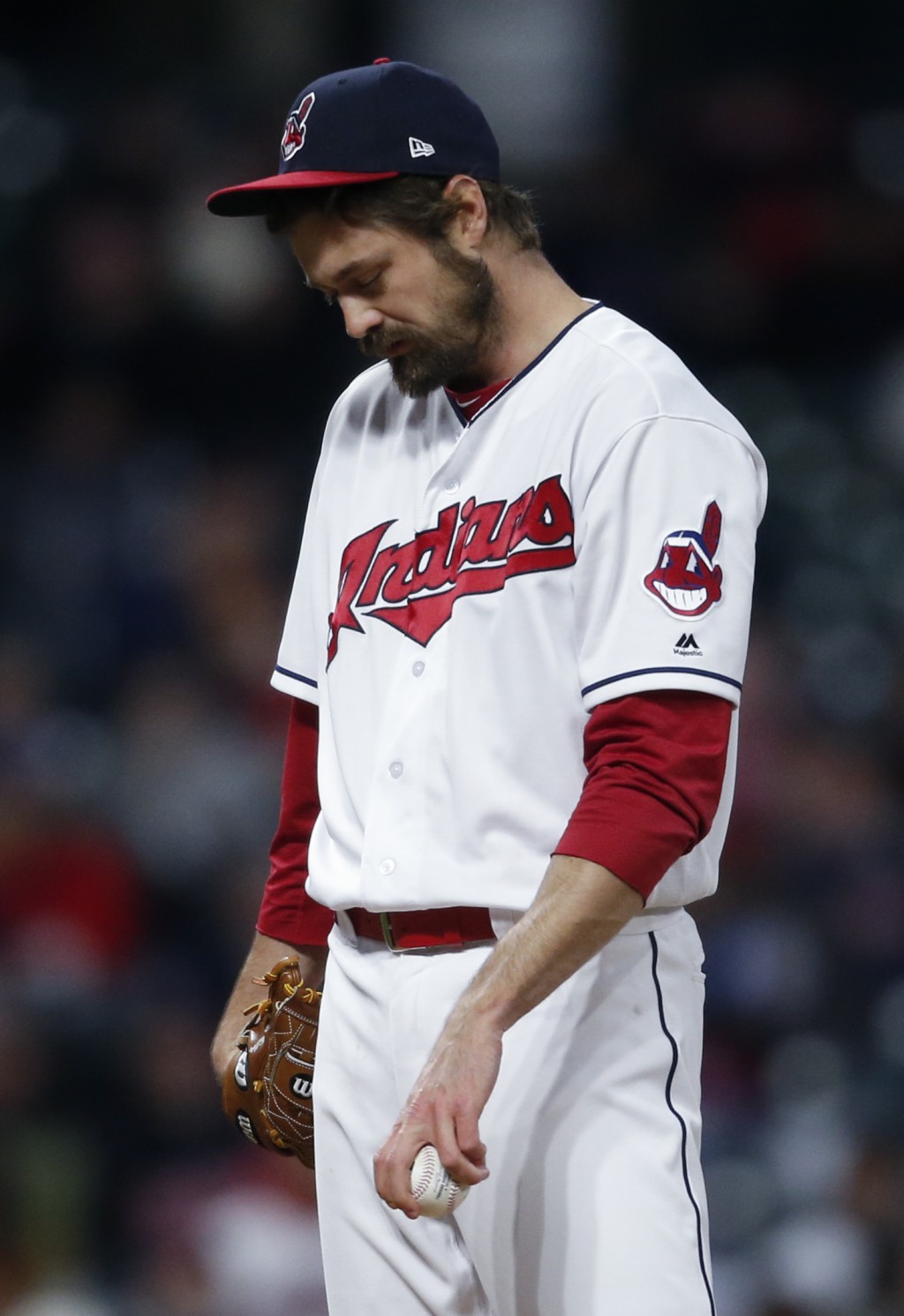 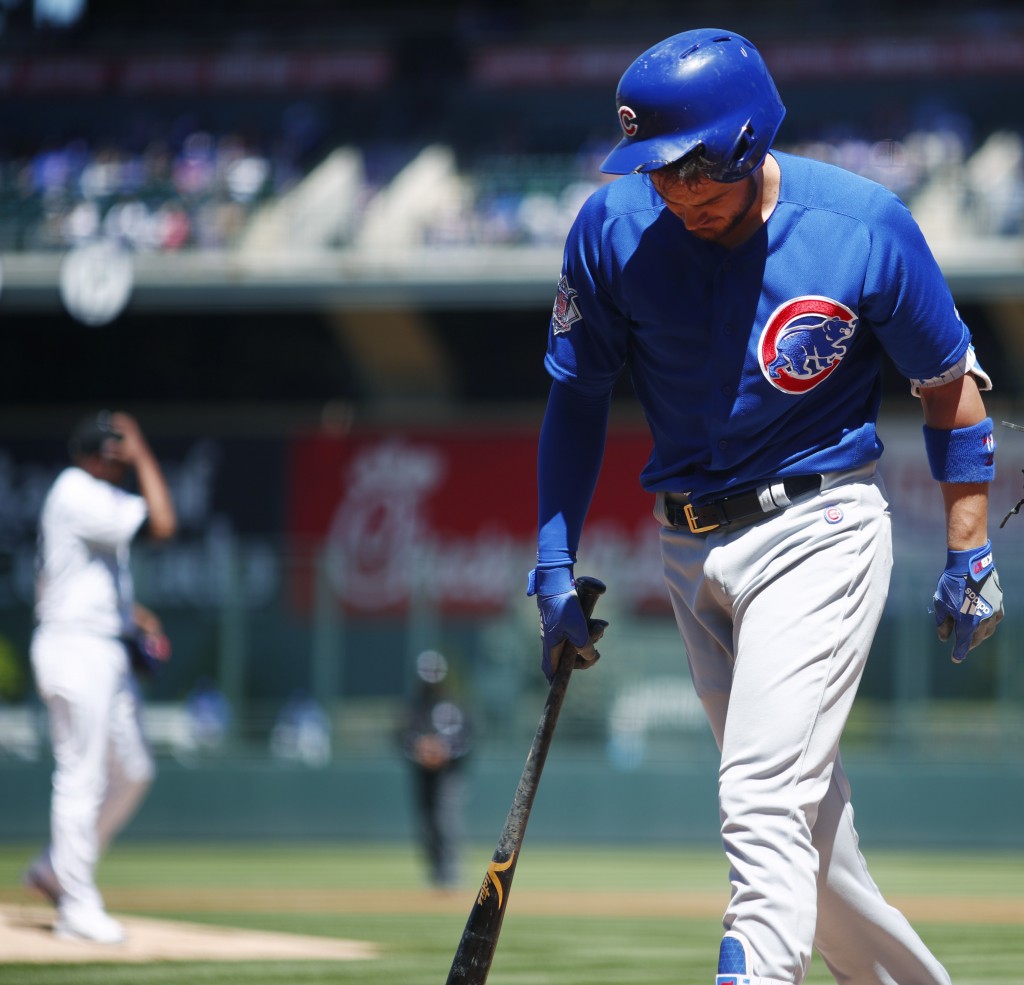 Boston shortstop Xander Bogaerts was expected to return to the Red Sox lineup on Friday for a homestand opener against Tampa Bay. Bogarts broke the talus bone in his left ankle on April 8 while sliding into the Rays dugout to grab an errant ball. He went 2 for 3 with a home run and a double while playing six innings at shortstop Tuesday night in a rehab appearance Triple-A Pawtucket.

Cleveland reliever Andrew Miller has been placed on the 10-day disabled list because of his strained left hamstring but hopes it's a very short road back.

Miller grabbed the back of his leg after throwing a pitch to the Chicago Cubs' Anthony Rizzo in the seventh inning Wednesday night and was removed from the game. Miller struck out 17 and walked four over 10 scoreless innings in 11 games this year.

Chicago Cubs third baseman Kris Bryant was out of the starting lineup for the third straight game after he was beaned during a victory at Colorado last weekend.

Bryant visited with a team doctor on Thursday, and the Cubs said Bryant hasn't been diagnosed with a concussion.

"I don't anticipate anything awful or bad. We're just waiting for everybody to be on board and once we do that he'll be back out there playing," manager Joe Maddon said.

Arizona, the first NL team to win its first eight series since the 1977 Los Angeles Dodgers, goes to Washington for three games against the Nationals this week. Diamondbacks right-hander Zack Godley (3-1, 3.09 ERA) is scheduled to start Friday's opener, with Stephen Strasburg (2-2, 2.97) opening for the Nationals.