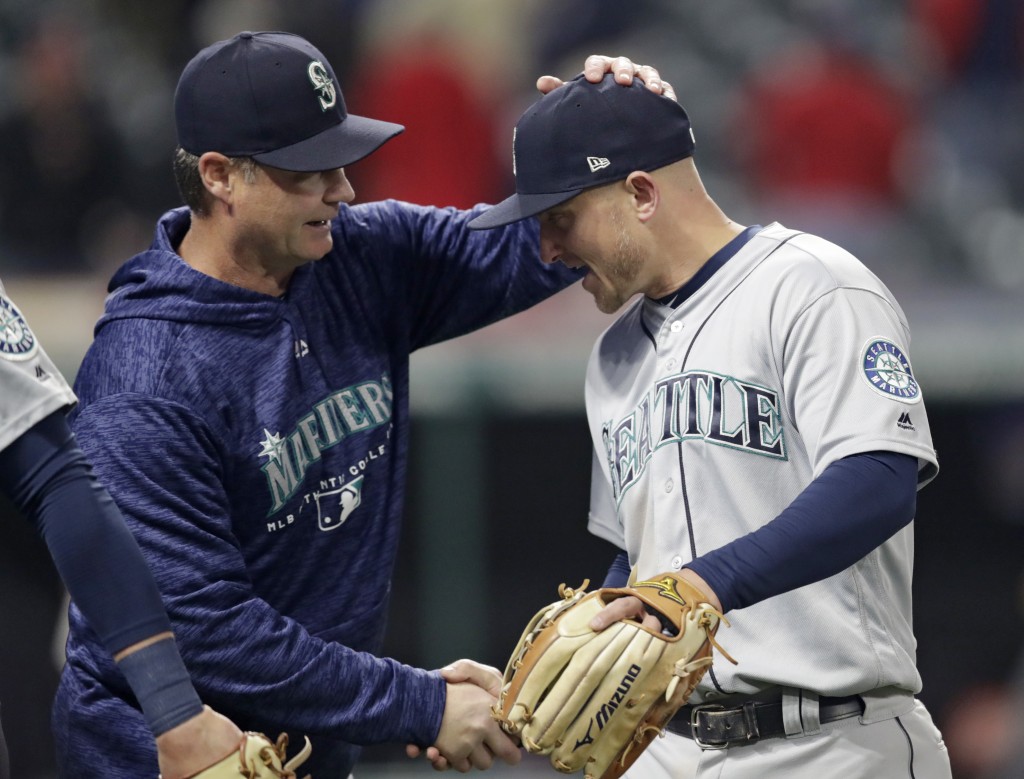 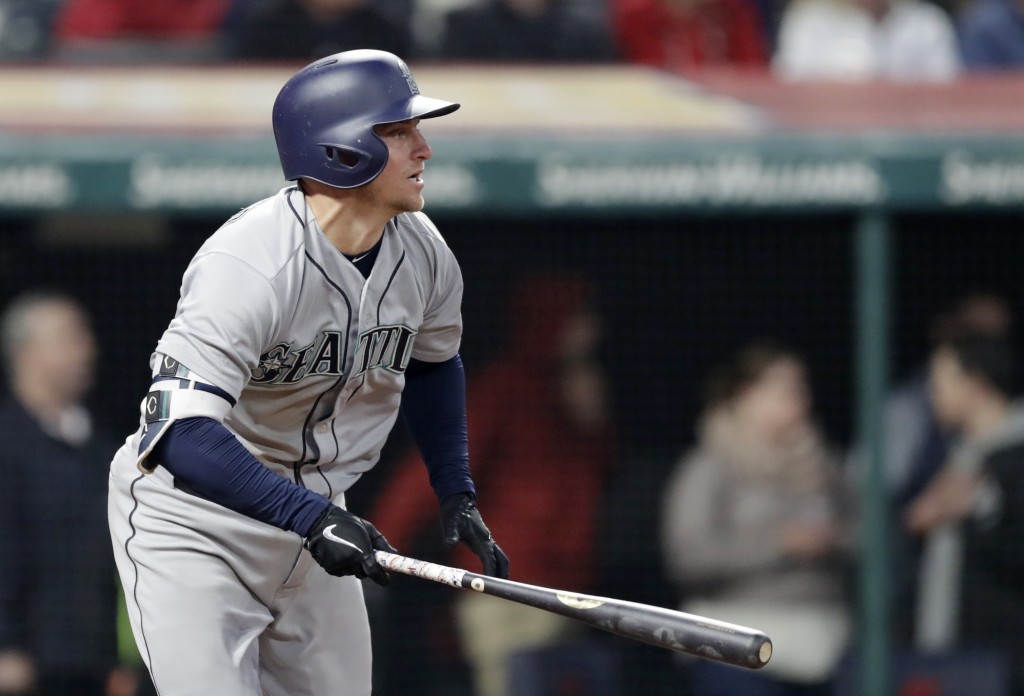 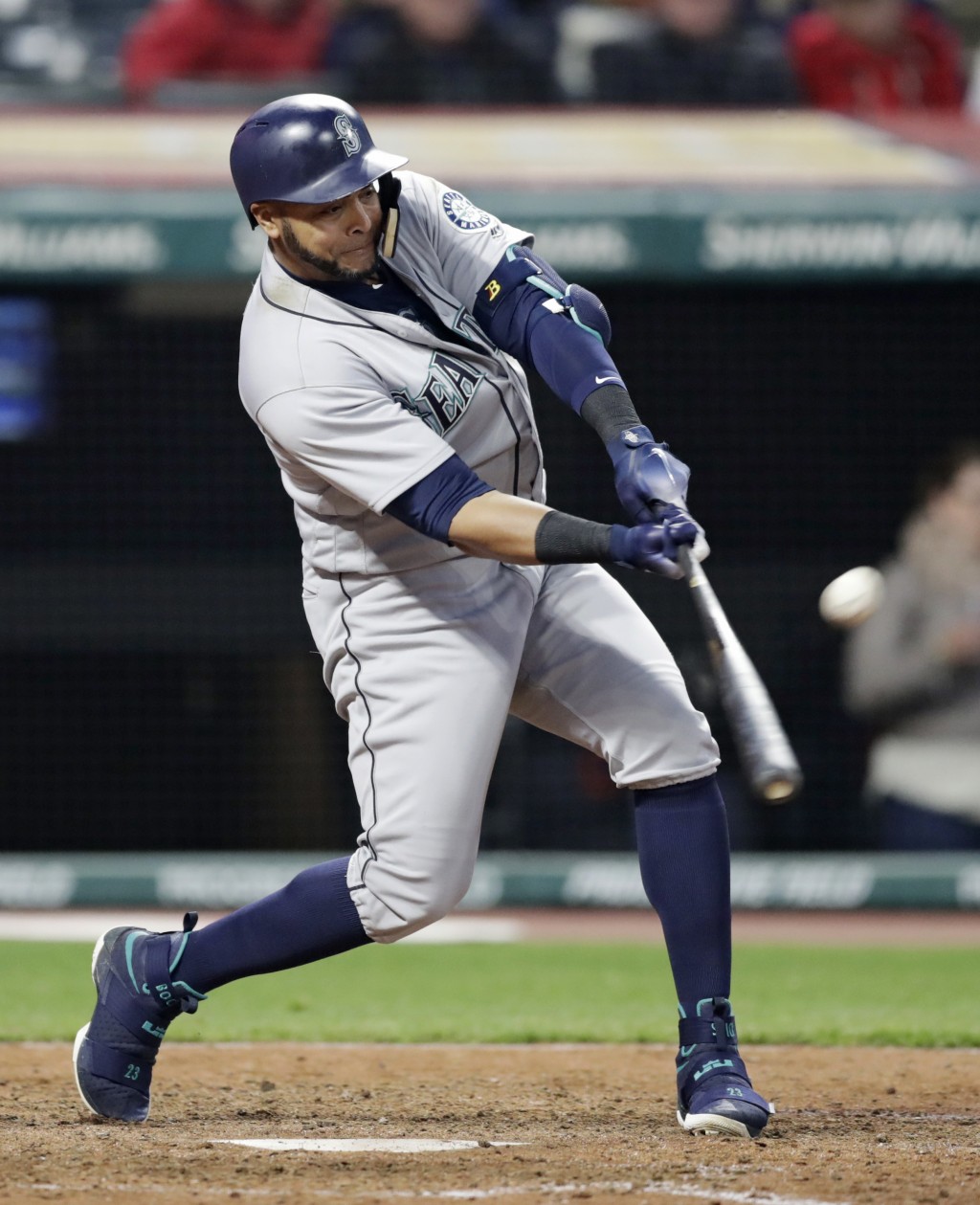 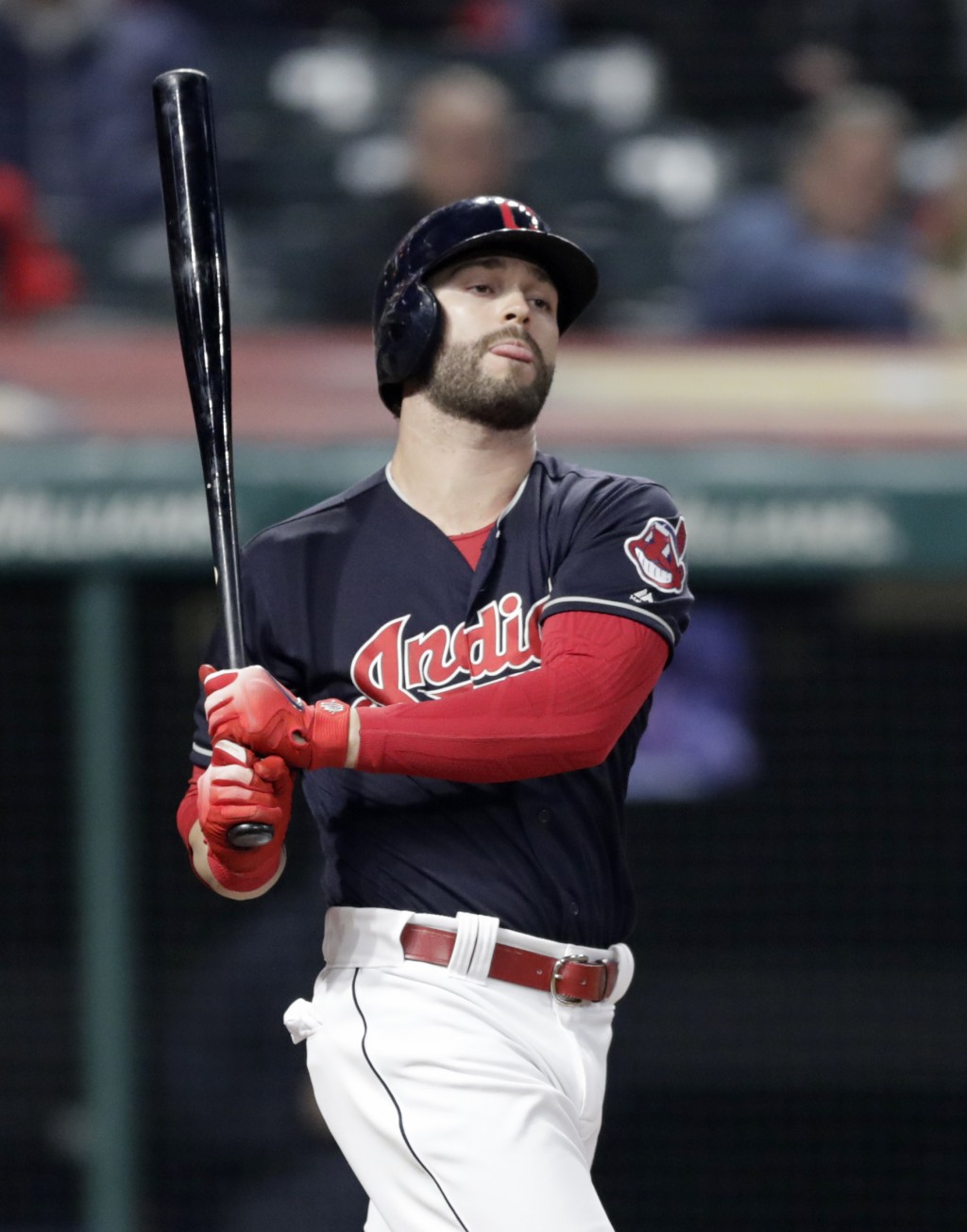 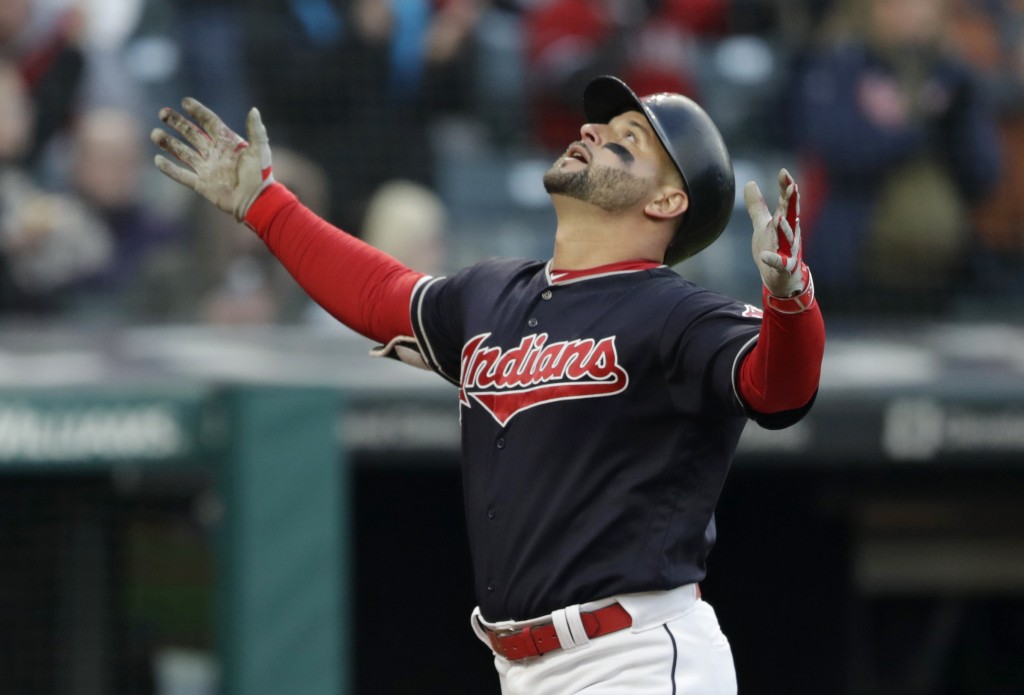 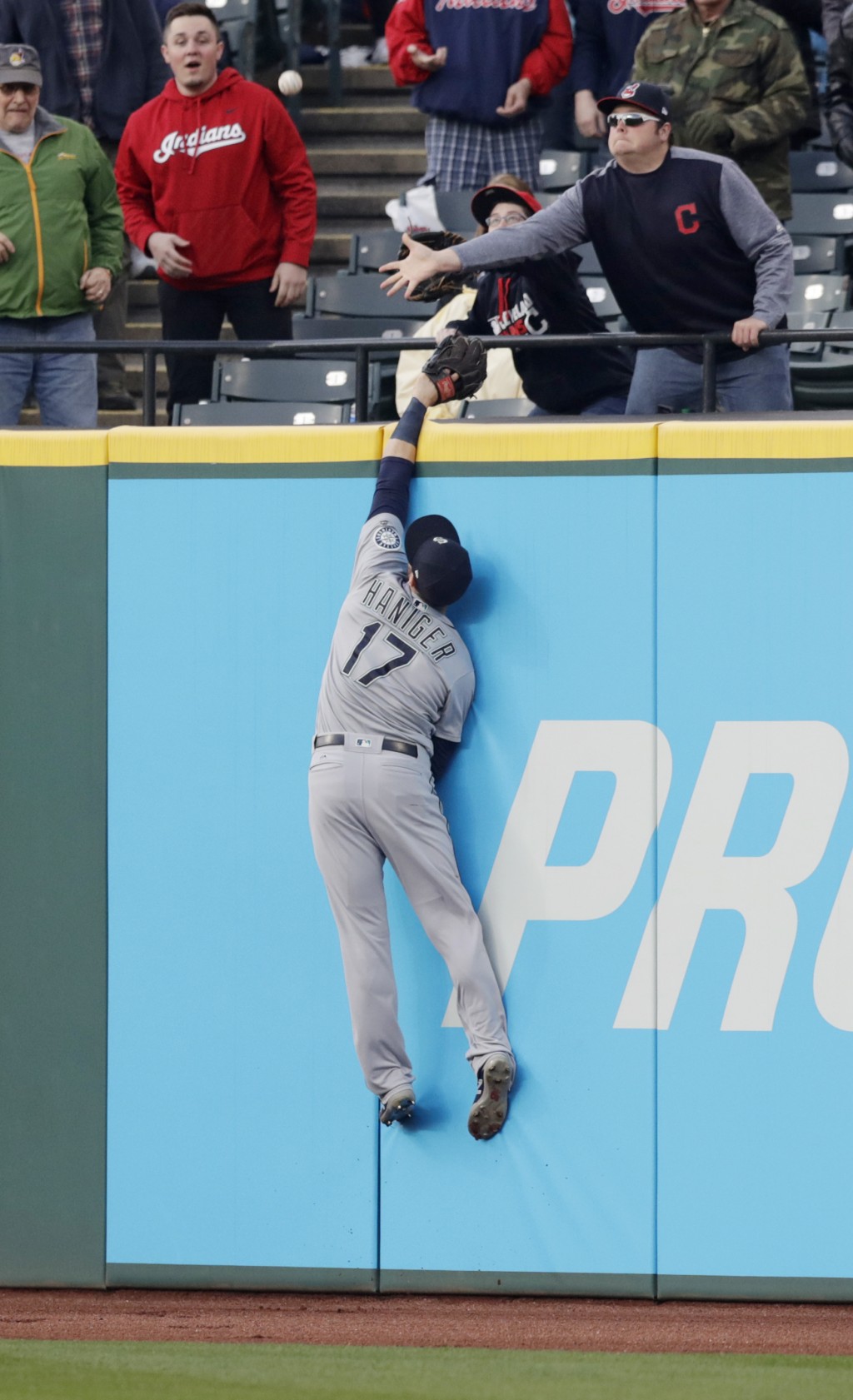 CLEVELAND (AP) — Andrew Miller's absence was immediately felt by the Cleveland Indians' bullpen when Kyle Seager hit a tiebreaking double in the eighth inning off Nick Goody that lifted the Seattle Mariners to a 5-4 victory on Thursday night.

Cleveland overcame a 4-0 deficit with two runs each in the sixth and seventh innings.

With Miller on the disabled list after straining his left hamstring on Wednesday, the AL Central-leading Indians used three relievers in the eighth.

Dan Altavilla (2-2) got the last two outs in the seventh, and Juan Nicasio pitched a perfect eighth. Edwin Diaz, the Mariners' fifth reliever, walked Francisco Lindor with one out in the ninth, then retired Jason Kipnis on a flyout and struck out Jose Ramirez. Diaz leads the major leagues with 11 saves and has not blown any chances.

Yonder Alonso hit a two-run homer in the sixth, and the Indians tied the score in the seventh on Kipnis' RBI double against Marc Rzepczynski and Edwin Encarnacion's run-scoring single off Altavilla.

Coming off his first big league shutout, a two-hitter at Baltimore, Mike Clevinger gave up four runs and eight hits in six innings.

Ryon Healy, activated from the disabled list after missing 16 games with a sprained right ankle, singled in the third as Seattle took a 3-0 lead in a seven-pitch span with two outs. Healy scored on Dee Gordon's triple, and Segura had an RBI double and came home on Cano's single.

Zunino had an RBI single in the fourth. Cano appeared to hit a two-out homer in the fifth, but his drive was to left was ruled a double after a crew chief video review.

OF Jayson Werth finalized his minor league contract with the Mariners and was 0 for 3 in his debut with Triple-A Tacoma on Wednesday. The 38-year-old has a .267 average in 15 major league seasons, the last seven with Washington.

Mariners RHP Erasmo Ramirez makes his second start of the season Friday after returning from a shoulder injury. He allowed five runs in 4 2/3 innings against Texas last Sunday. Cleveland RHP Corey Kluber (3-1) pitched a six-hitter against the Mariners on opening day but lost 2-1 on Cruz's two-run homer in the first inning.