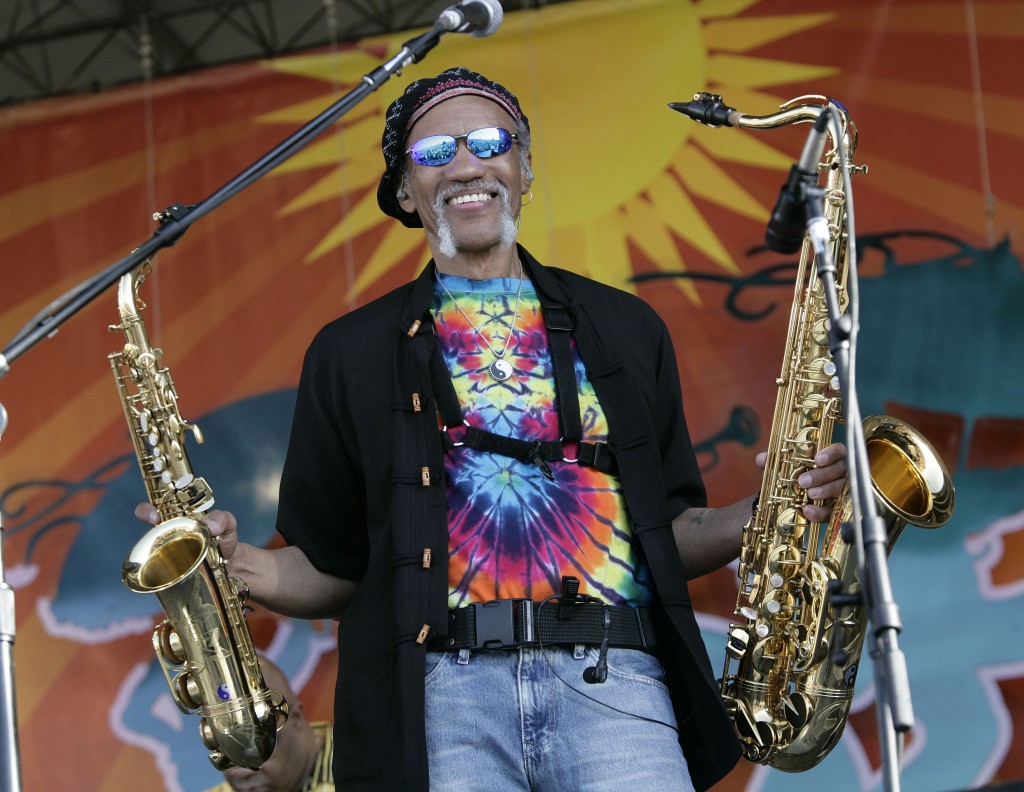 NEW ORLEANS (AP) — New Orleans-born saxophone player Charles Neville, who once backed up B.B. King and later gained fame with the Neville Brothers band and their rollicking blend of funk, jazz and rhythm and blues, has died. He was 79.

His death came Thursday, months after he disclosed he was fighting pancreatic cancer.

Neville's career dated to the 1950s when he performed with King and other musical greats. Yet he was best known for three decades of performances with his siblings Aaron, Art and Cyril as the Grammy-winning Neville Brothers band. The band was formed in the 1970s and gained fans with high-energy performances featuring a distinctive fusion of funk, jazz and New Orleans rhythm and blues.

A publicist for Aaron Neville's management agency confirmed the death in an email. Aaron Neville, who first disclosed the news to WWL-TV in New Orleans, declined an interview but posted a lengthy tribute to his brother on Facebook.

"I know you have a spot in the heavenly band next to James Booker, James Black, Herbert Hardesty, Fats Domino, Johnny Adams all the jazz bebop players who you turned me on to," Aaron Neville wrote. "Dizzy, Charlie Parker, Miles and the list goes on."

Charles Neville, who lived in Massachusetts in recent years, had announced in January that he had pancreatic cancer.

His death came a day before the opening of his home town's signature musical and cultural event, the annual New Orleans Jazz & Heritage Festival.

Charles' Neville's life included a stint at Louisiana's state prison in the early 1960s. He told an interviewer that he was sentenced to five years for possession of two marijuana cigarettes. The prison was notoriously dangerous but Neville said on the public radio program "Music Inside Out" that the time there sharpened his musicianship.

He explained that he worked in the prison music room. "I stayed in the music room practicing all day," he said. He also had access to books on music, and, at times, exposure to other imprisoned musicians. "James Booker was there," he said, referring to a celebrated New Orleans pianist.