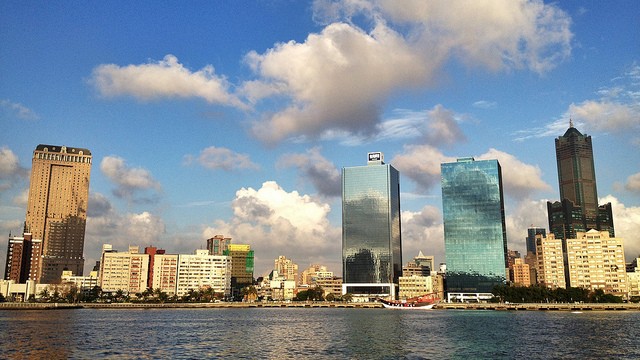 TAIPEI (Taiwan News) – The government of Taiwan is preparing to establish a new cabinet-level agency to be based in the southern port city of Kaohsiung, to become the first central government agency headquartered outside of either Taipei or New Taipei City.

Premier William Lai will preside over the inauguration ceremony for the “Ocean Affairs Council”(海洋委員會) on Saturday, April 28. The council was originally scheduled to be inaugurated in July, 2016, but was delayed over disagreements among legislators.

According to Executive Yuan spokesperson Hsu Kuo-yung (徐國勇), the official role of the council will be to manage the use and conservation of ocean resources, as well as provide government oversight for various ocean related research and development projects.

The Taiwan Fisheries agency, which is a sub-level organization under the Council of Agriculture, is also headquartered in Kaohsiung, and will likely cooperate extensively with the new Ocean Affairs Council.

Since enforcing fishery boundaries and regulations will be a major responsibility of the new agency, the Fisheries Agency may possibly become integrated with the council at some point in the future.

The Liberty Times report cites a source saying that a respected hydraulic engineer, Hwung Hwung-hweng (黃煌煇), has been selected to be the first Minister of the Council, along with two deputy ministers including the Coast Guard’s Director General Lee Chung-wei (李仲威) and the current Vice President of National Sun Yat Sen University Chen Yan-yi (陳陽益).

The establishment of the Ocean Affairs Council in Kaohsiung signals two important developments for the government in Taiwan. The first is the milestone of having a cabinet-level agency headquartered outside of Taipei, which many see as a small step towards addressing the imbalance of political institutions disproportionately based in the north of the country.

Secondly, as an agency tasked with overseeing activity in Taiwanese territorial waters, the establishment of the council likely signals Taiwan’s intention to take a stronger role in addressing territorial disputes of the South China Sea, as Taiwan’s territories of Taiping Island, and the Pratas Reef, are both officially under the jurisdiction of the Cijin municipal government of Kaohsiung.