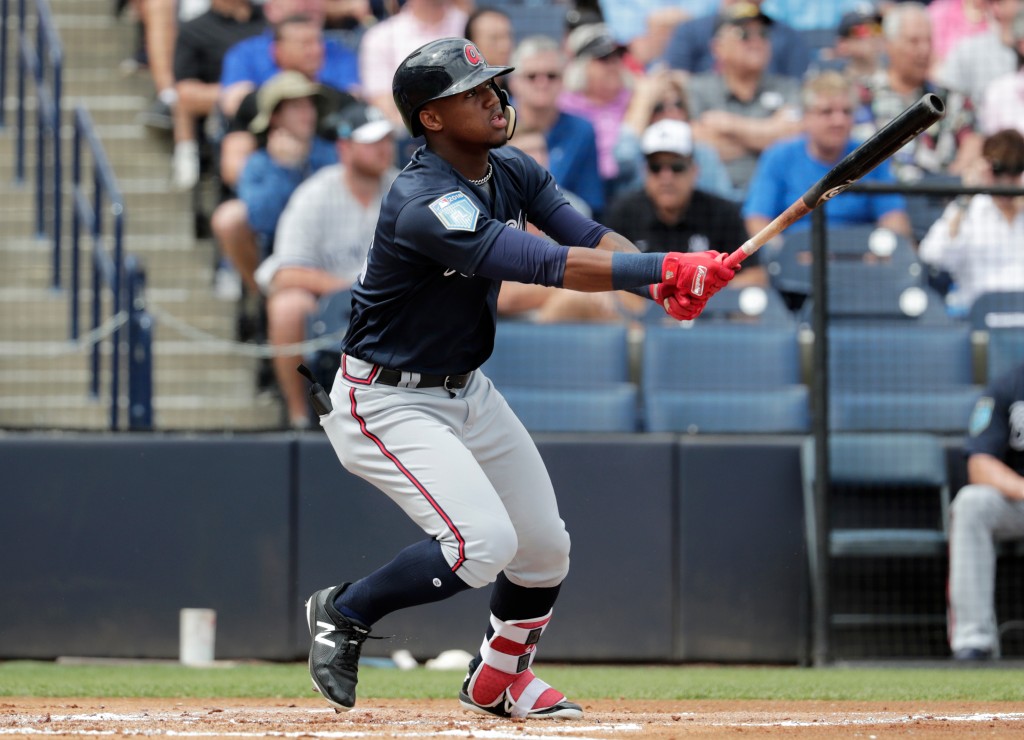 Promoted by the Atlanta Braves from Triple-A, the youngest player in the majors was put into the starting lineup Wednesday night, batting sixth and playing left field against Cincinnati.

"I'm not worried about too much," Acuna said through a translator. "I'm just going to give it my best effort and leave it all out on the field. I'm trying to approach it like a minor league game at the major league level."

Atlanta manager Brian Snitker said there was no doubt Acuna would start in his debut.

"I didn't even think about that," Snitker said. "We've never done that with any of our young players. If they come up, they need to play."

Acuna rose from Class A to Triple-A in 2017, hitting a combined .325 with 21 home runs, 82 RBIs and 44 stolen bases. Then he was selected MVP of the Arizona Fall League. He began this season as MLB.com's No. 2 overall prospect behind Angels two-way sensation Shohei Ohtani.

Acuna got Braves fans enthused this spring, batting .432 with four homers, four stolen bases and a 1.247 OPS in 16 exhibition games.

Acuna said the best piece of advice he ever received was from Seattle second baseman Robinson Cano.

"In this game, you always have to stay positive and never lose faith," Acuna repeated.

That came in handy when Acuna got off to a slow start in the minors this year. He was hitting .232 with one home run and two RBIs in 69 at-bats with Triple-A Gwinnett.

"He called me to his hotel room and said I was getting the call to go to the big leagues," Acuna said. "I've been waiting for this moment, but when I got the call, I was in shock. I didn't know what to think."

Outfielder Peter Bourjos was designated for assignment to make room for Acuna on the roster.

By pushing back Acuna's call-up a few weeks past opening day, the Braves delayed Acuna's free-agent eligibility until after the 2024 season. Acuna said he believes the extra time was a benefit.

"I think it helped me develop more and be more prepared," he said.

Acuna and 21-year-old second baseman Ozzie Albies will give Atlanta the two youngest players in the majors. The outfielder understands that reaching the majors so early is unusual.

"It's a dream that not every baseball player gets to enjoy," he said. "It's something I take pride in."