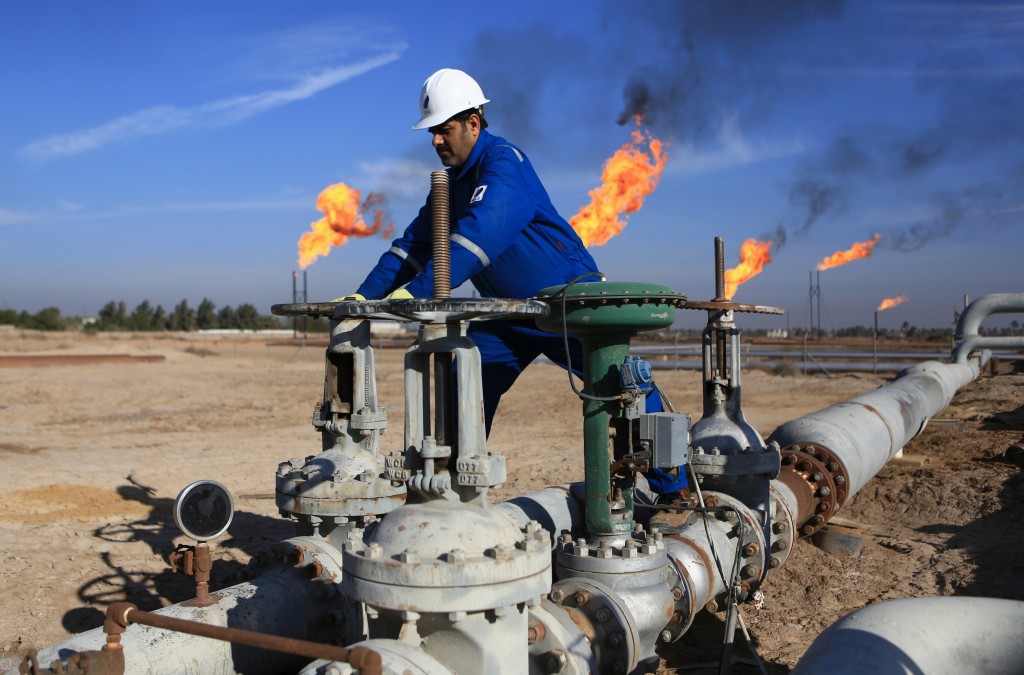 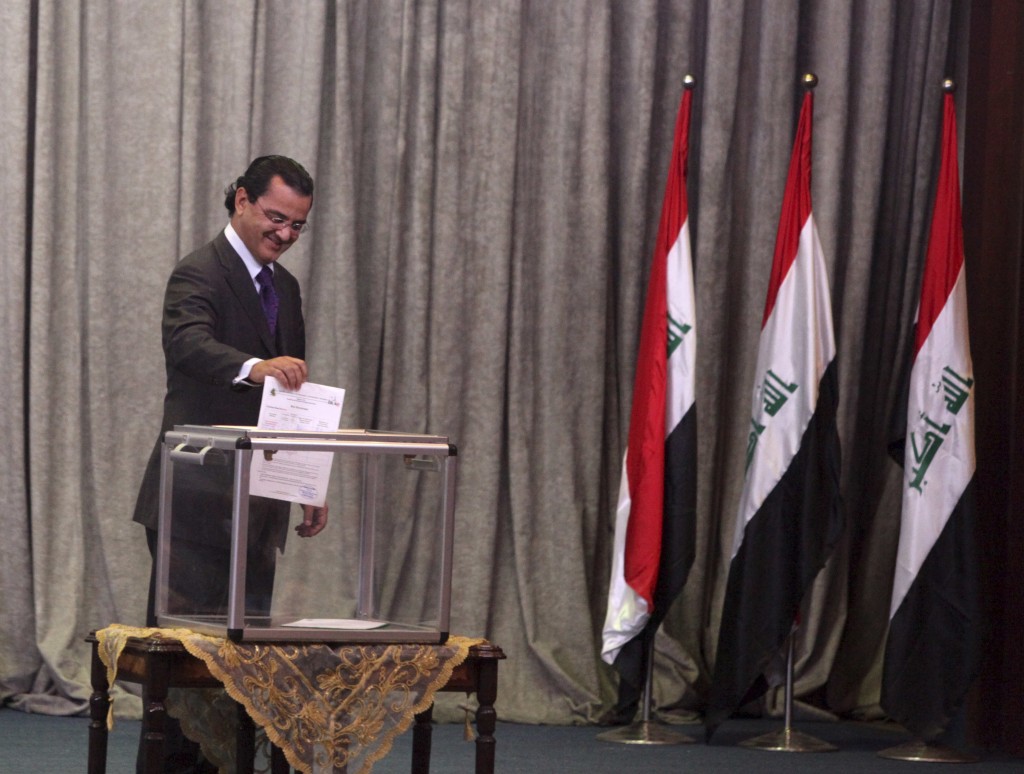 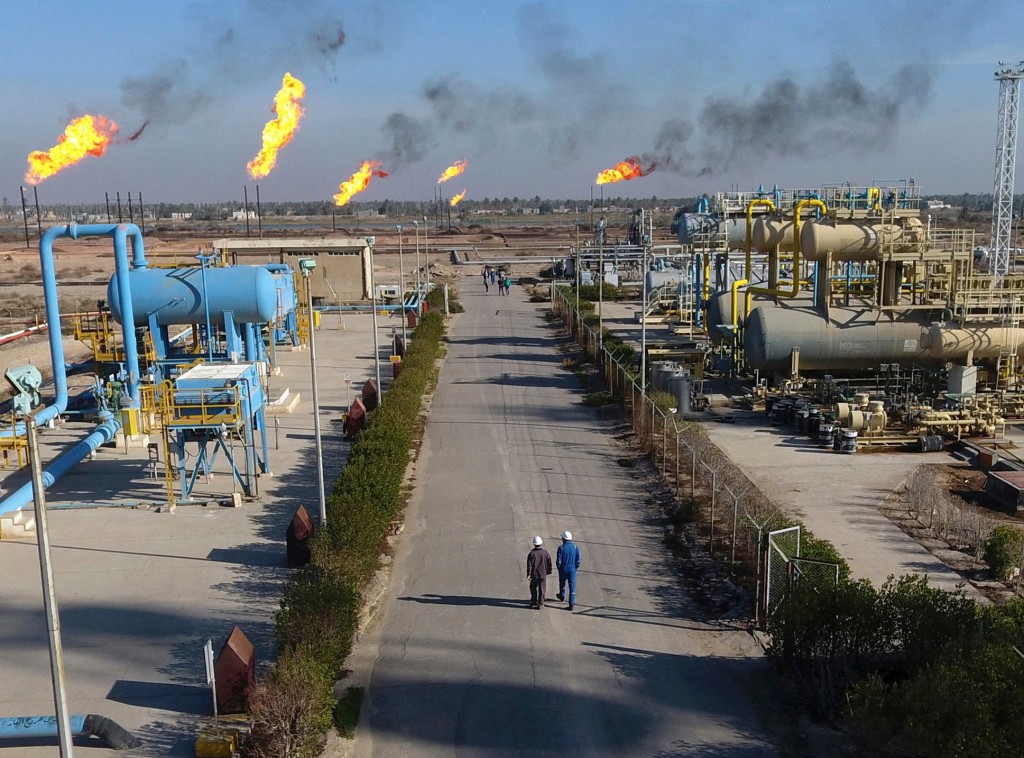 BAGHDAD (AP) — Iraq is opening more of its untapped oil and gas resources to foreign developers, hoping to boost revenues after its costly war with the Islamic State group, but analysts say the rushed bidding process — now timed to precede national elections — could draw a lukewarm response.

Last month, Oil Minister Jabar Ali al-Luaibi unexpectedly moved the date to receive bids from late June to April, meaning the bidding would be held before May 12 national elections. Some believe Al-Luaibi, who is campaigning for a seat in parliament, moved up the date for political reasons.

Al-Luaibi hopes to represent the oil-rich southern province of Basra as a member of the Victory Alliance, which is led by Prime Minister Haider al-Abadi, who is running for re-election.

"Personal and partisan interests are taking priority over national interests," said Ruba Husari, managing director of the consulting firm Iraq Insight. "The objective of the exercise is aimed doubtlessly at portraying the ministry — and the minister — as aggressive in developing the nation's resources ahead of the (elections)."

The Associated Press placed multiple calls to al-Luaibi's spokesman, who did not pick up. An aide to the spokesman said al-Luaibi's office was too busy with the election campaign to comment on the allegations.

In one of his campaign videos, al-Luaibi tries to reassure a group of weary Iraqis who are worried about their future.

"Past years have wreaked havoc on everything," a man in traditional Arab clothing says in the video, referring to the devastation caused by war. "Iraq's wealth is your responsibility," says a woman dressed in a conservative abaya — a loose black cloak that covers the body from shoulders to feet.

"I'm confident that with your determination I can protect the wealth of the generations," al-Luaibi says at the end of the video.

Thursday's auction will be the fifth since Iraq opened its vast oil and gas reserves to international energy companies in 2009 for the first time in decades.

In previous bidding rounds, officials spent months hosting conferences, road shows and discussions with companies before issuing final contracts. Last month, the minister changed the date to April 15, but when companies asked for more time it was extended to Wednesday, and then to Thursday.

"Companies may be more cautious if they have not fully evaluated the bid terms," he said. "This may result in bids being less competitive as companies seek a greater margin of safety."

Fourteen companies are qualified to bid for exploration and development rights for 11 underdeveloped blocks.

Since then, Iraq has awarded a handful of oil deals to develop major fields that hold more than half of its 153.1 billion barrels of proven oil reserves. Deals to tap natural gas resources were also awarded. As a result, Iraq's daily production and exports have jumped to levels not seen since the late 1970s and early 1980s.

The country is now producing around 4.36 million barrels a day from Baghdad-controlled oil fields, up from nearly 2.4 million a day in 2009, and its daily exports averaged 3.450 million barrels a day last month, making it OPEC's second-largest producer behind Saudi Arabia. Oil revenues make up nearly 95 percent of the country's budget.

An economic crisis set in over the course of 2014, when the Islamic State group swept across much of northern and western Iraq and oil prices plummeted. Iraqi forces concluded major military operations against the extremists last year, but large parts of the country were reduced to rubble.

Earlier this month, the Iraqi Cabinet approved a five-year development plan with a target of 6.5 million barrels a day by 2022.

Iraq's 2018 budget of nearly $88 billion comes with a deficit of more than $10 billion. It is based on a projected oil price of $46 per barrel and a daily export capacity of 3.8 million barrels.