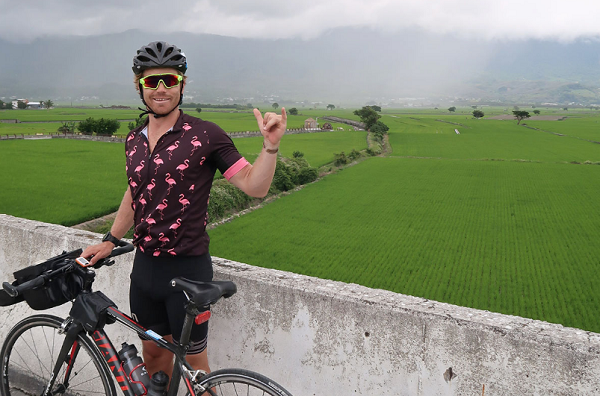 TAIPEI (Taiwan News) – Taiwan’s Tourism Bureau is promoting the country as a destination for those who love cycling in the outdoors with the “Taiwan on 2 Wheels” promotional campaign.

The most recent international celebrity to make a biking trip around Taiwan is Australia’s Hayden Quinn, a popular vlogger and social media personality. Quinn has just completed a nine day journey around the island with spots at some of Taiwan’s most scenic locations.

Quinn’s travels took him from Taipei in the north down south, along the western coast, and then back up the eastern coast. Beginning in Taipei, his trip included stops at the following locations; Hsinchu, Lukang, Chiayi, Kaohsiung, Zhiben, Ruisui, and Jiaoxi, before wrapping up his trip where he started.

Since cycling has increased in popularity in recent years, both in Taiwan and internationally, the number of tourists who visit different regions of the island specifically for cycling has also increased significantly.

With the current campaign, the Tourism Bureau wants to make Taiwan an attractive and accessible destination for those who want to see Taiwan by bicycle.

“Taiwan on 2 Wheels” was launched in cooperation with FOX Sports Taiwan and in addition to sharing the beautiful scenery available to those who explore the island cycling, the program also provides useful information on bicycle routes, car rental information, and advice on equipment and travel preparations.

Hayden Quinn kept a vlog of his experience cycling in Taiwan, and also uploaded photos of his journey to Instragam for all of his social media followers. Photos are also available on the Tourism Bureau's website. 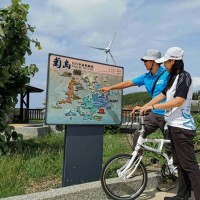 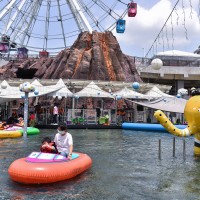