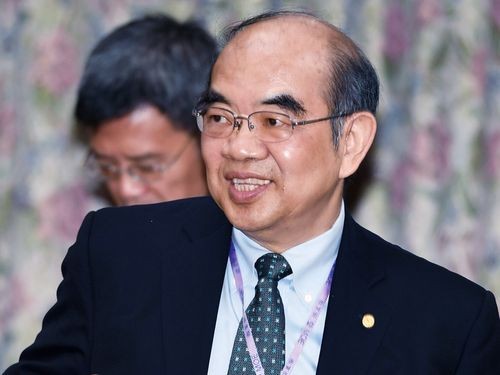 The ministry's stance is that the issue of whether Kuan had been working for China-based entities while employed by the Taiwan government should be handled in accordance with the law, Wu said.

The education ministry will not confirm Kuan's appointment if he is found to have violated the law or engaged in any illegal actions while working in the government, Wu said during a legislative hearing.

On the question of whether part-time teaching in China would be a factor affecting Kuan's confirmation, Wu said it is illegal for public servants to work in China, even part-time, but it was not yet clear whether Kuan had violated the law.

The issue will be discussed during the special inter-ministerial panel's meeting on Wednesday, in accordance with relevant regulations and laws, and the panel is likely to reveal its findings by Friday, Wu said.

The ministry will then determine whether Kuan's selection was conducted in accordance with the Regulations for Administrating the Criteria for Selection of the Commission of National University Presidents, Wu said.

Kuan was selected on Jan. 5 to head NTU, but has since been accused of plagiarism and conflict of interest, which initially cast doubt on the legitimacy of his selection and prevented the education ministry from confirming his appointment with effect from Feb. 1 as scheduled.

NTU eventually cleared Kuan of those accusations but in March more allegations surfaced, accusing him of having taught illegally in China.

According to media reports, Kuan had been teaching at several Chinese institutions since 2005, including Xiamen University, Xian Jiaotong University and Huazhong University of Science and Technology.

Earlier this month, the education ministry assembled a task force to investigate whether Kuan had been working in China in violation of Taiwan's laws, which prohibit government officials, public servants and public school teachers from working in China, either full-time or part-time.