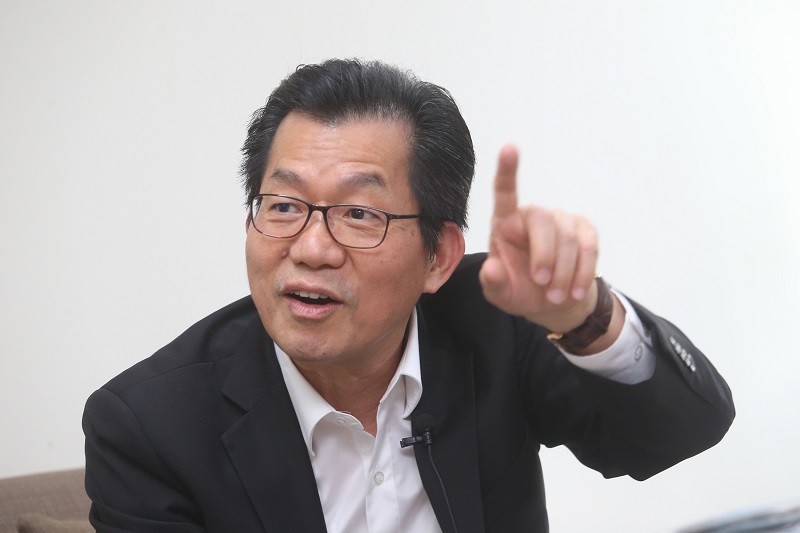 Taipei, April 22 (CNA) The Cabinet-level Environmental Protection Administration (EPA) head has vowed that if it is decided via referendum to open the Fourth Nuclear Power Plant, which has been mothballed since 2015, he will resign.

If the people vote to have the nuclear power plant rather than the coal-fired Shen'ao Power Plant, "I will leave office," said Lee Ying-yuan (李應元) in an interview with CNA on Friday.

According to Lee, people are "too oblivious" to remember their strong opposition to the use of nuclear power in the wake of the catastrophic Fukushima Daiichi nuclear accident in northeastern Japan in 2011, the world's worst nuclear disaster since the Chernobyl accident of 1986.

Now, people are blasting air pollution, with some calling for the use of nuclear power, a different path from the Tsai Ing-wen (蔡英文) administration's goal of making Taiwan nuclear-free by 2025.

Lee said he would like to see whether or not those standing for nuclear power will continue to insist on their stance "once we publish again images featuring Toyko residents queuing in long lines to buy drinking water and Japan's emperor kneeling" in a meeting with those displaced by the Daiichi nuclear disaster, Lee said.

The minister cautioned that there are frequent earthquakes in Taiwan. In addition, safety controls are not always as stern as in Japan. For these reasons "nuclear disaster can absolutely not be allowed to happen here," he said.

The request to activate the No. 4 nuclear power plant was raised by industrial and commercial organizations early this year to address the problem of insufficiency in electricity supply while air pollution continues to deteriorate.

Asked how Taiwan can catch up with the global trend for the reduction of coal usage and carbon emissions even as it prepares to use more coal, the environmental protection minister replied that the idea of a coal-free Taiwan can only be carried out "step by step" due to Taiwan's geographic position that makes it prone to the effects of earthquakes and typhoons.

Around the world, France is the country closest to achieving a coal-free goal, Lee said, because 70 percent of the country's electricity is generated by nuclear power. Moreover, there are no earthquakes or typhoons in France, he added.

Therefore, the EPA can only set a goal of cutting coal usage from the current 46 percent down to 30 percent in eight years, Lee said, noting that plans will also be laid to replace old coal-fired power generators with ultra-supercritical ones that are less polluting, or to replace coal with natural gas.

The Shen'ao power plant will not begin operations until 2025 if it is reopened as proposed. If, at that time, Taiwan has already successfully secured wind, solar and geothermal energy resources, it is certain the country will be using cleaner energy by then.

Currently, however, the government must still proceed with the Shen'ao power plant expansion project based on the existing laws, Lee said.