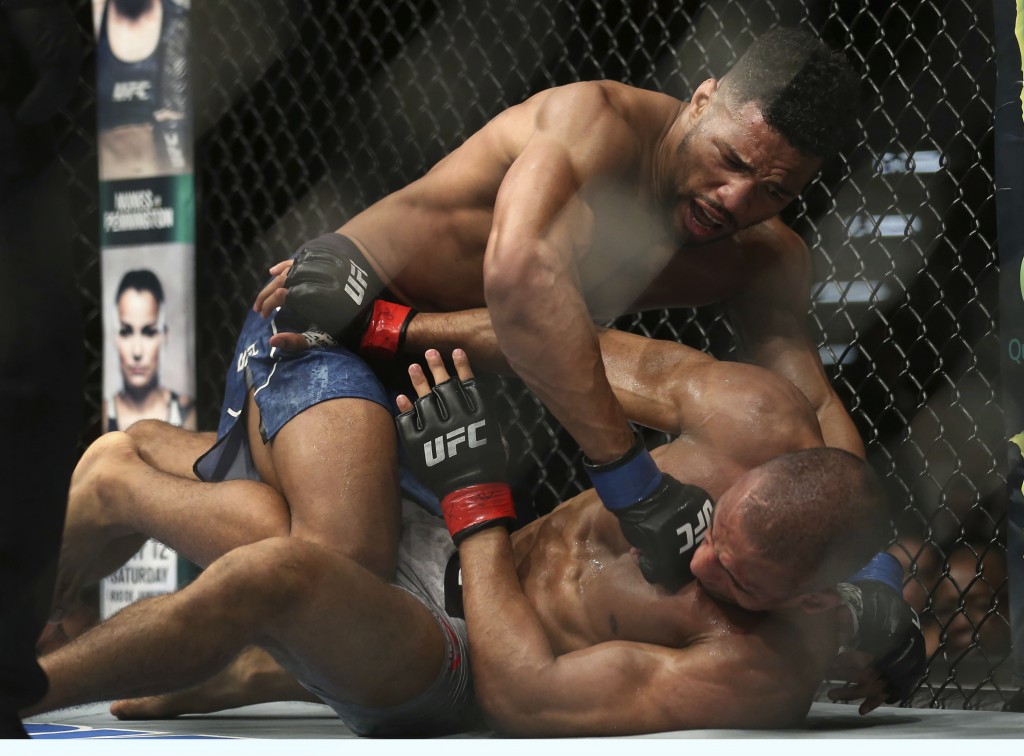 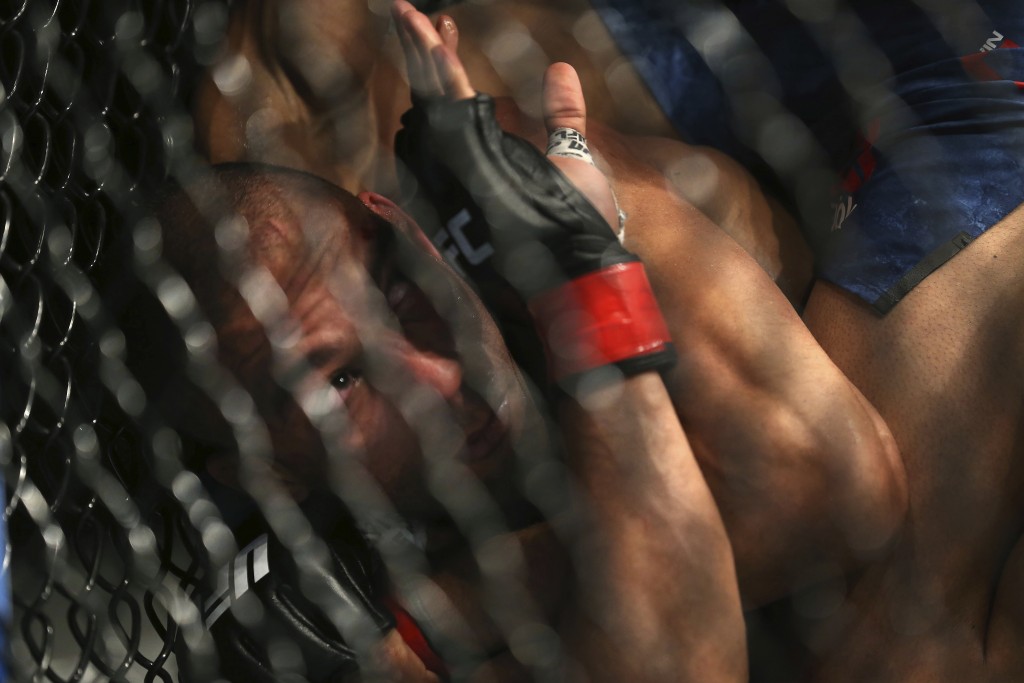 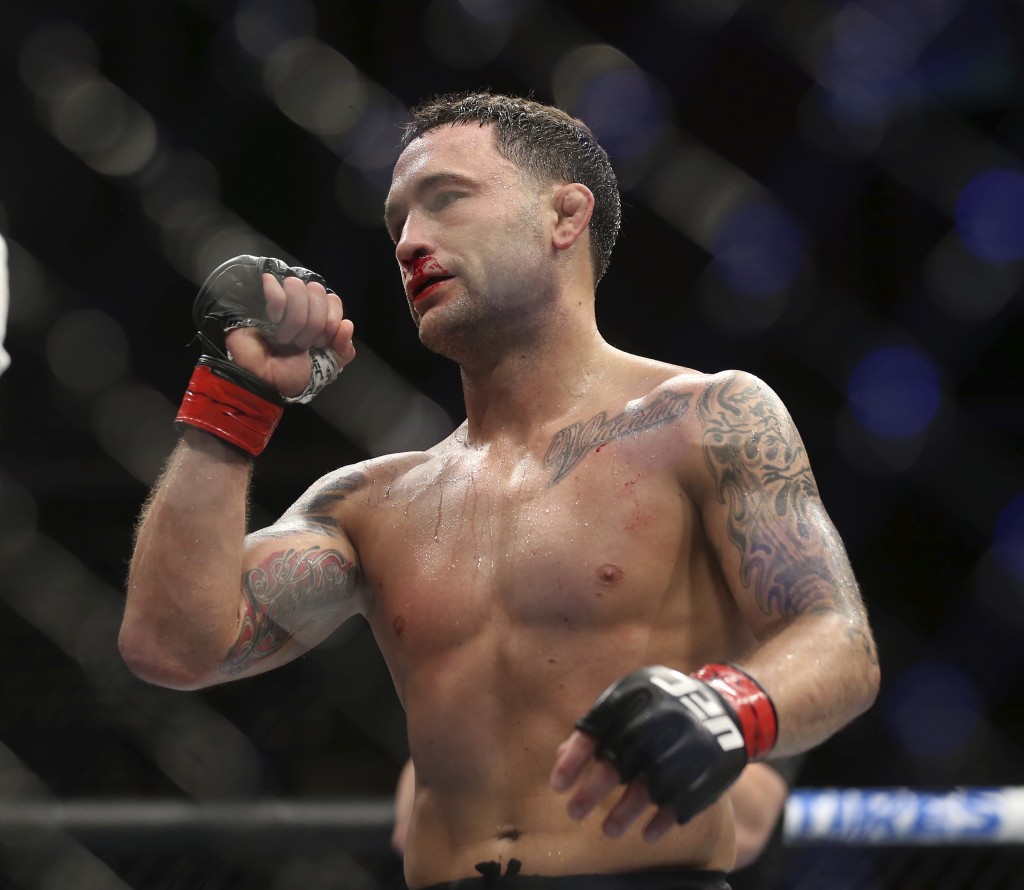 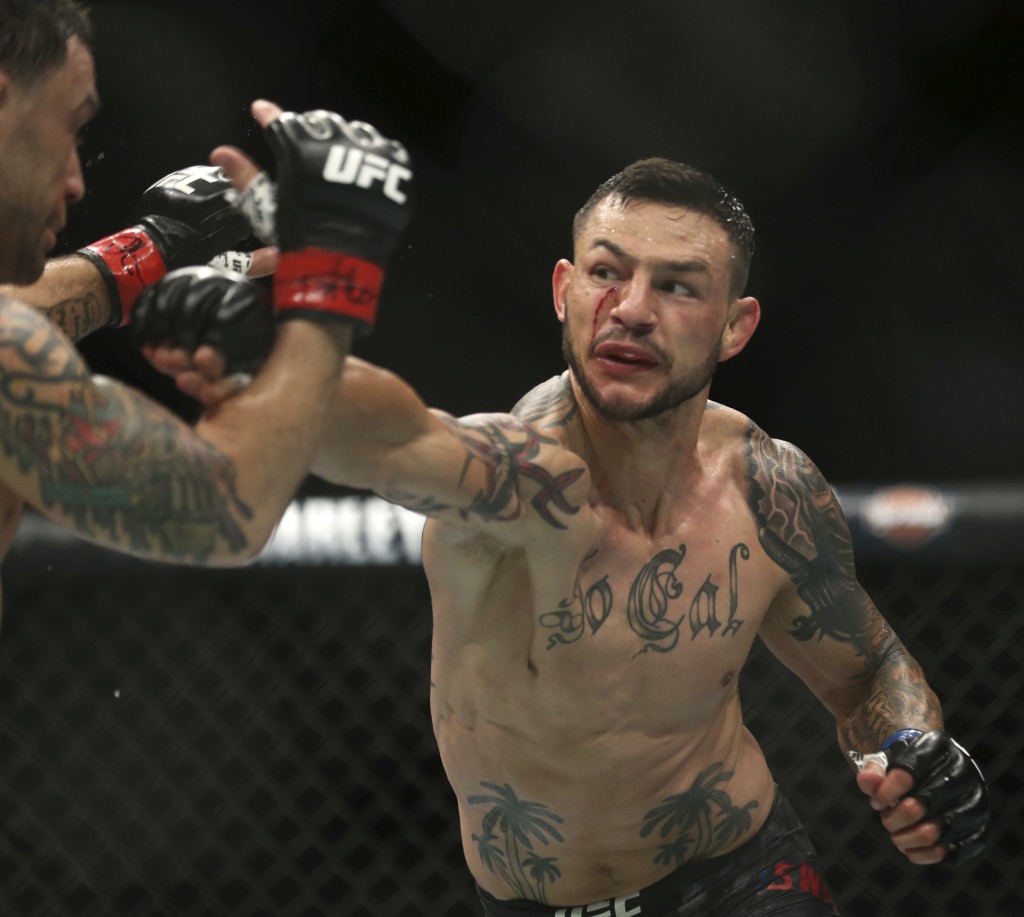 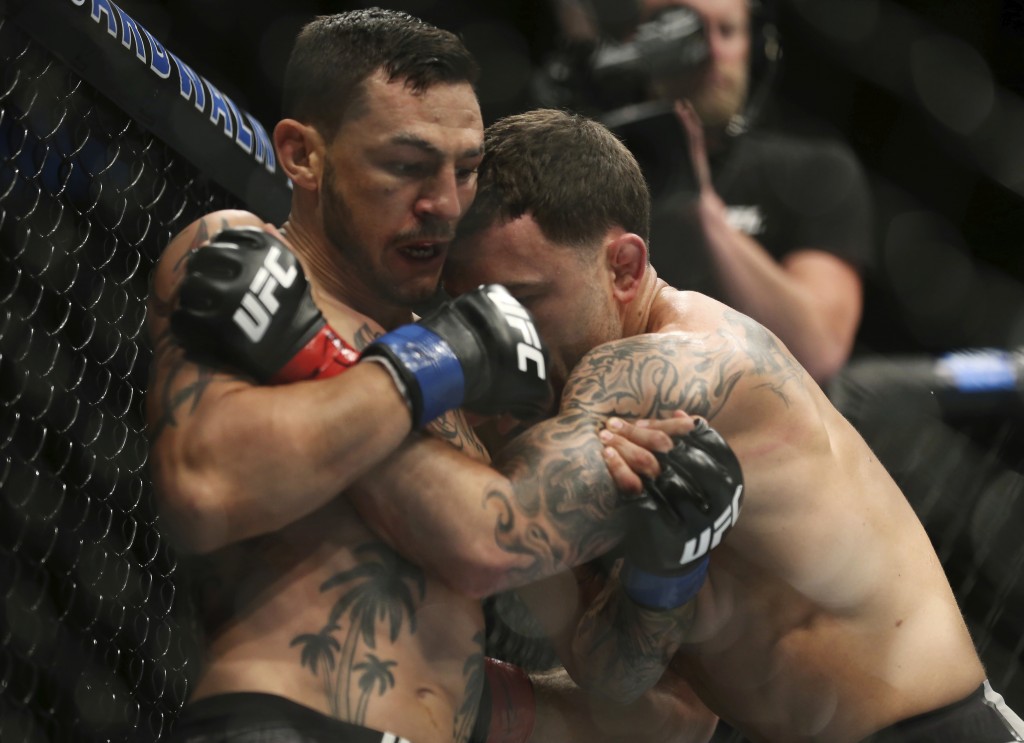 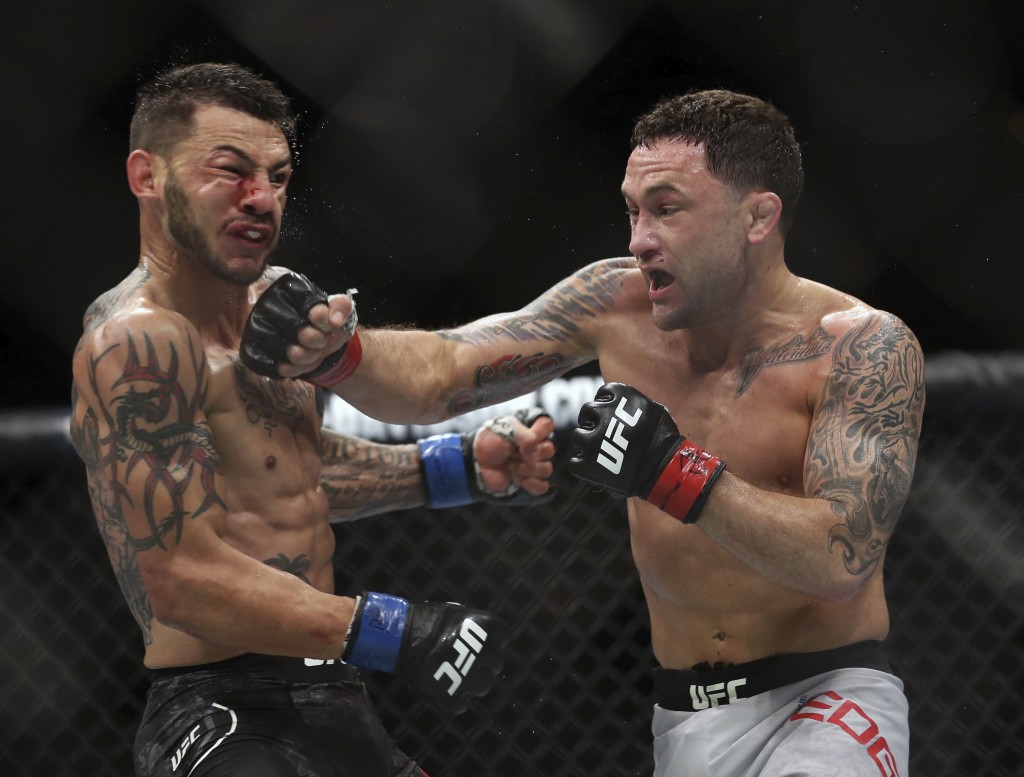 ATLANTIC CITY, N.J. (AP) — Kevin Lee missed weight but was on the mark with injecting himself back into the UFC lightweight title picture.

Lee pounded Edson Barboza until blood streamed down his face and won a 155-pound bout when the fight was stopped via TKO in the fifth round on Saturday night.

Lee kept the fight on the ground at Boardwalk Hall and — except for absorbing one stiff kick to the face — dominated until the doctors stopped the bout with Barboza wearing the crimson mask as he sat against the cage.

"I wanted to go all five rounds and show my complete game," Lee said.

Lee got the signature win he needed to remain in the lightweight championship picture and immediately took aim on the division's champ, Khabib Nurmagomedov.

You folks know what time it is. It's Khabib time , baby," he said.

It was Lee's time to shine in AC.

Lee took the fight to the mat and spent the first round landing punishing strikes and did more of the same in the second. Lee connected with a series of shots to the right of Barboza's face with more brute force than in any bench-clearing baseball brawl .

Barboza rocked and wobbled Lee when he caught him with a spinning head kick in the third but couldn't finish him. Lee again dragged Barboza to the ground and fans booed and cursed as they wrestled on the mat.

Barboza was coming off a unanimous decision loss to Nurmagomedov, who won the 155-pound title stripped from an inactive Conor McGregor earlier this month. Lee was choked out by Tony Ferguson in October. Had Barboza and Lee won those bouts, they might have had a title fight lined up already instead of trying to use a Fight Night card to climb back into contention.

"I can do it all. I feel I'm the most complete fighter in the division," Lee said. "I wanted to go out there and show it."

Lee failed to make weight by 2 pounds for the fight, forcing him to forfeit 20 percent of his purse.

Seven weeks after he was knocked out for the first time in his MMA career, New Jersey's Frankie Edgar returned to bloody and beat Cub Swanson by unanimous decision in a 145-pound bout.

Edgar, of Toms River, New Jersey, was a clear fan favorite and had fans roaring and chanting his name throughout the fight. Edgar defeated Swanson by submission when they headlined a Fight Night card in November 2014 and got him again in Atlantic City.

Edgar, who won 30-27 on all three scorecards, busted Swanson open under his right eye and controlled the three-round bout.

"Jersey, I love you baby! I love you," Edgar said. "My kids are here, first fight they've seen. This was a dream come true to come here and perform in front of my home state."

Edgar was fast on his feet, landed some hard jabs and connected on low kicks in the second round, and looked sharp in his return to the cage just seven weeks since he was knocked out by Brian Ortega in the first round at UFC 222. Swanson lost his last bout, also to Ortega — part of a winning streak that set him up for a title fight against Max Holloway in July.

Edgar called out the winner of the Ortega-Holloway fight for his next bout.

Also on the main card, Jim Miller matched Michael Bisping for most fights in UFC history with 29. Dan Hooker caught Miller with a right knee to the head that ended the fight just 3 minutes into the first round.

"All respect to Jim Miller. He's a legend in this sport," Hooker said to applause from the home crowd.

Hooker called out Paul Felder for a fight to his face — Felder is a Philly fighter who moonlighted Saturday as an announcer.

Miller, a 34-year-old New Jersey native has had a solid but not spectacular career that has yet to see him fight for a UFC championship. He won seven straight fights from 2009 to 2011 but has lost four straight fights and six of nine overall.

UFC ran a card in Atlantic City for the first time since July 2014 at the former Revel Casino.

New Jersey was one of the first states that embraced UFC, and Dana White has credited cards at the Trump Taj Mahal for helping the company grow into a respected promotion in sports. Tito Ortiz and Randy Couture headlined cards in Atlantic City in UFC's infancy and New Jersey was a regular stop on the circuit until MMA legalization in New York shifted major pay-per-views across the river.

UFC also announced Matt Serra, who beat Georges St-Pierre for the welterweight belt in 2007, was announced as a 2018 Hall of Fame inductee.