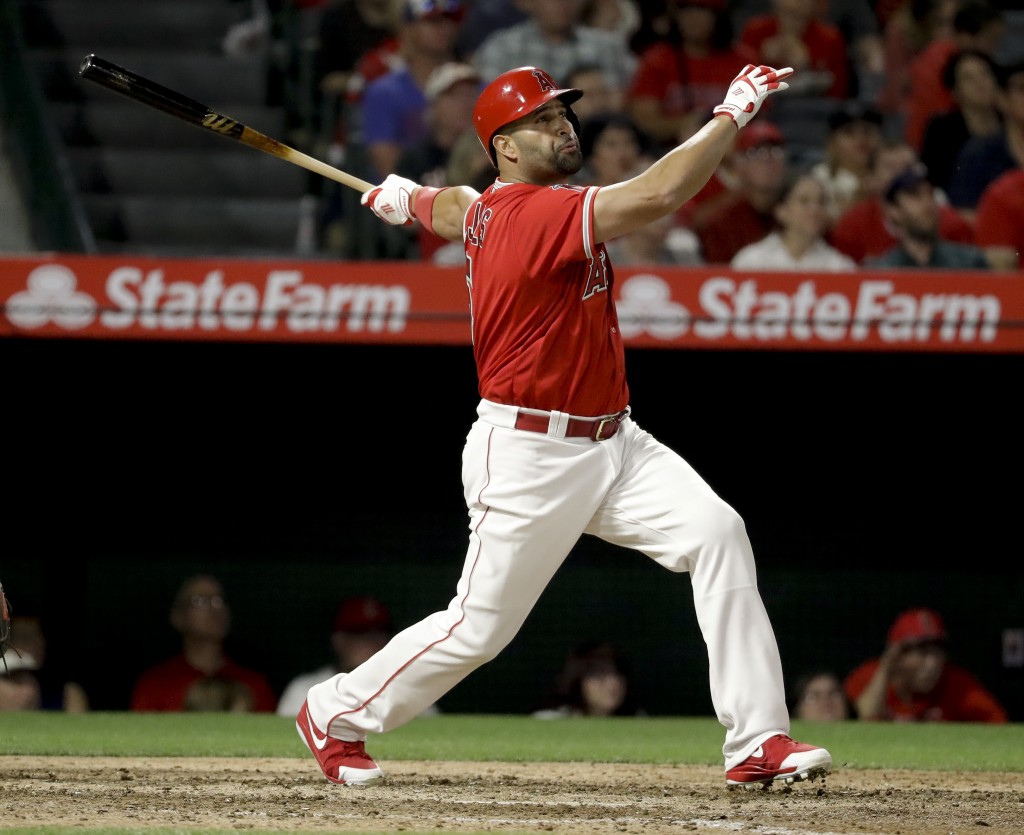 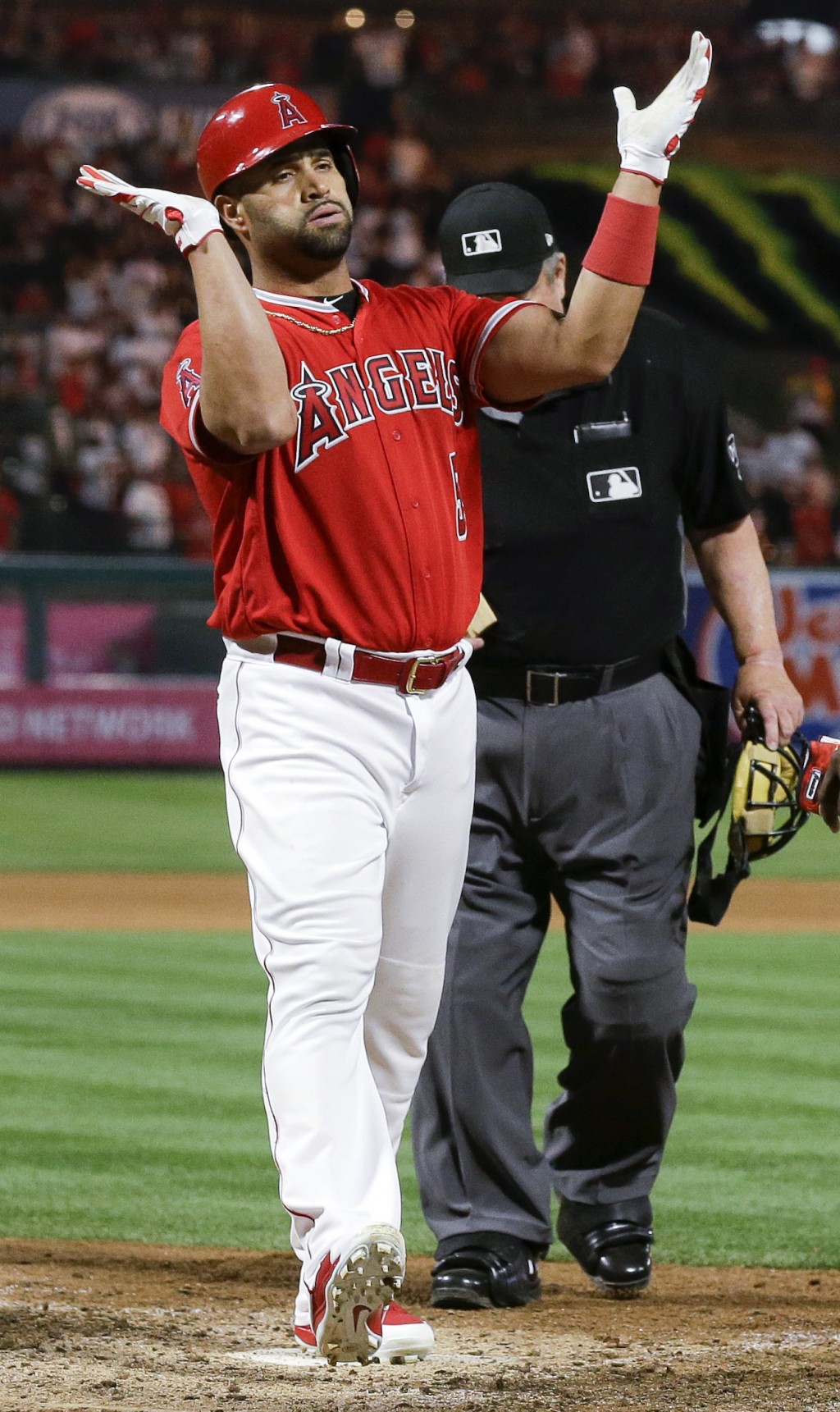 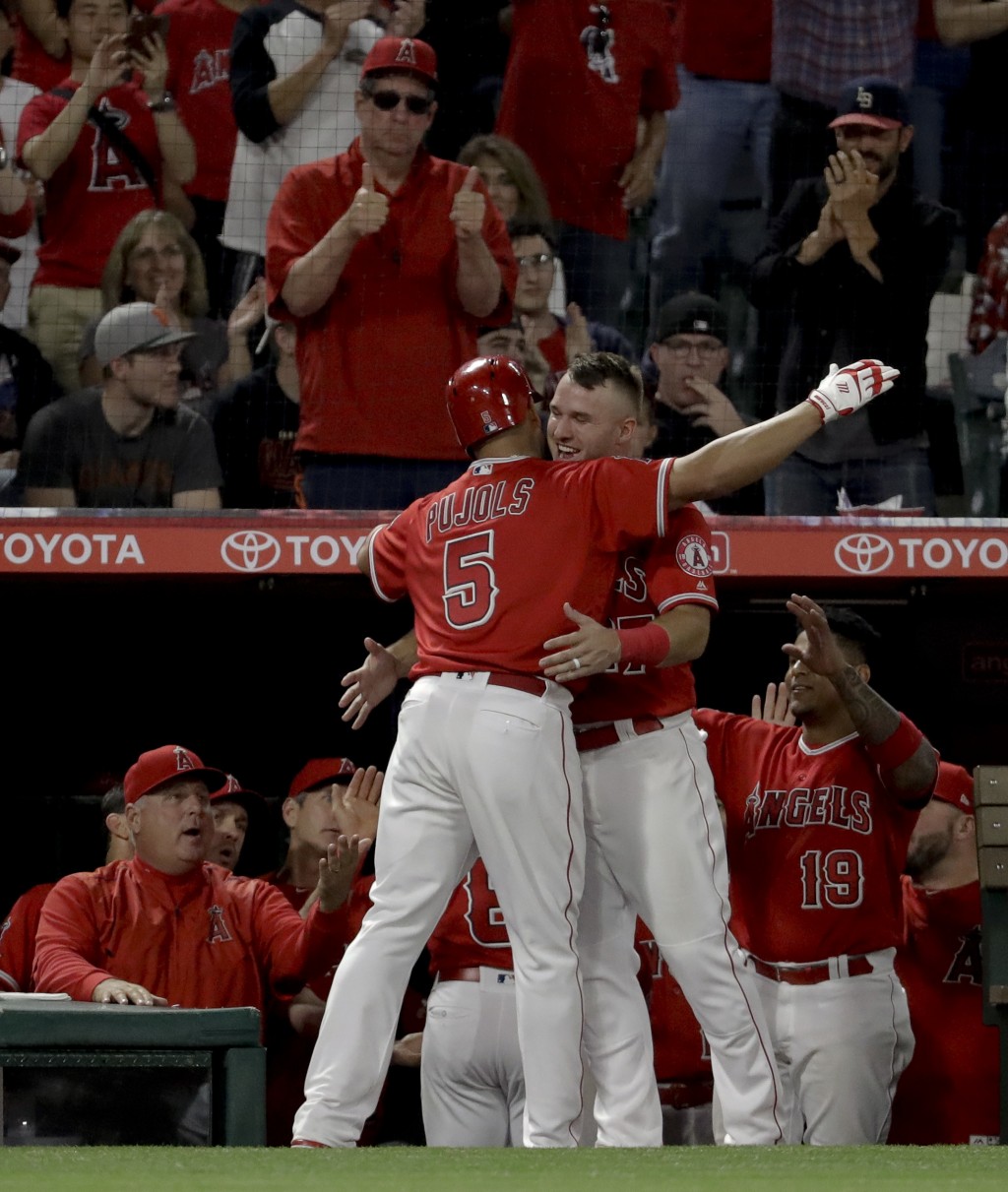 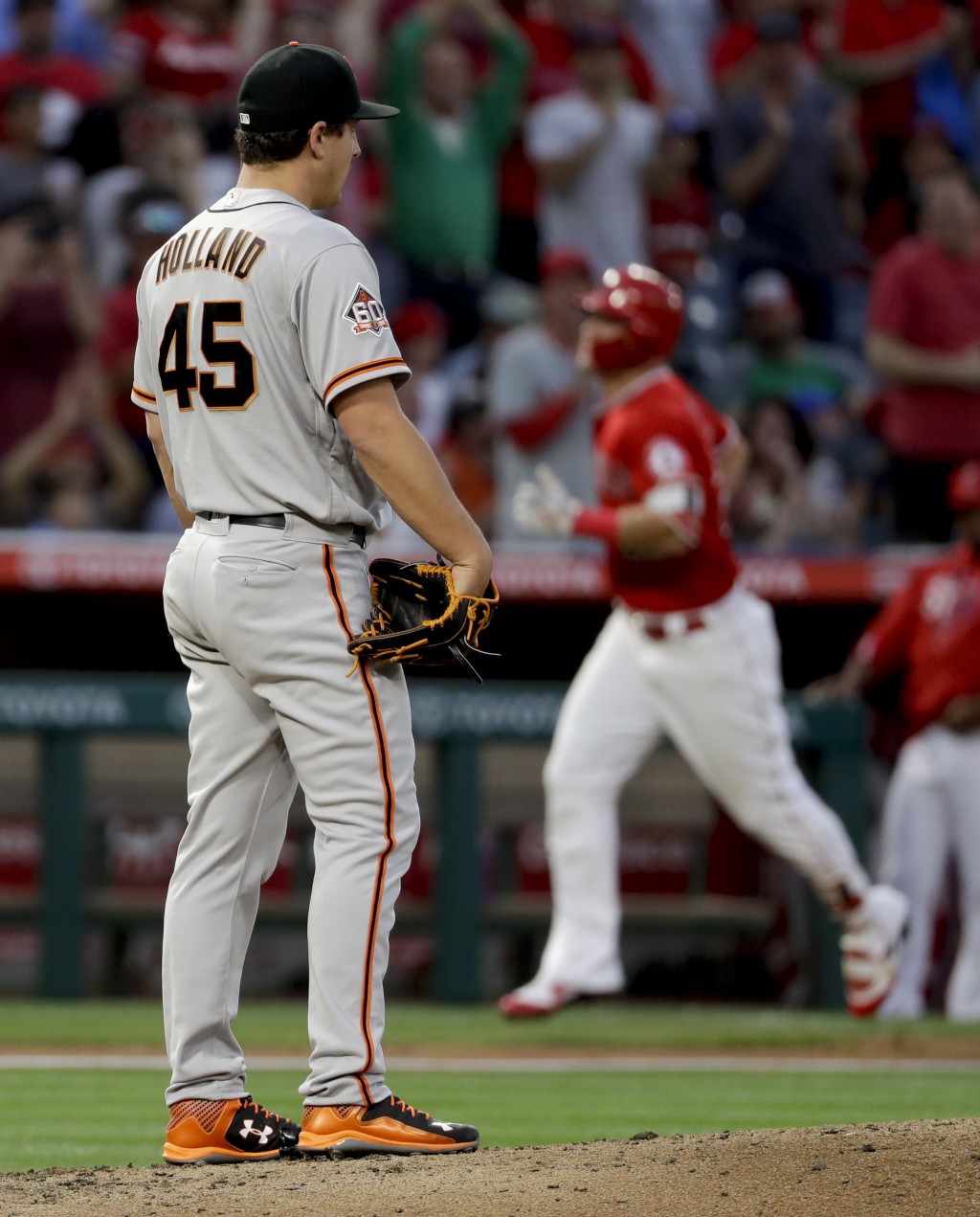 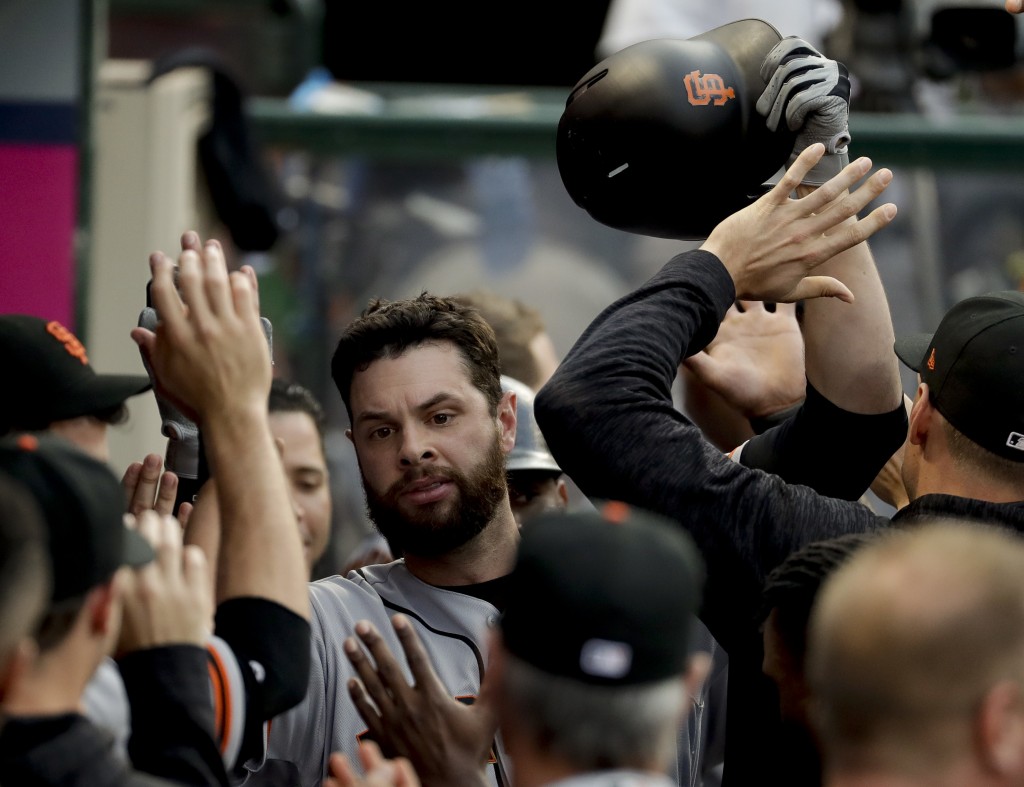 Pujols, 38, hit a no-doubt, opposite-field shot to right-center on an 0-1 pitch from lefty Derek Holland with one out in the sixth. He needs eight hits to become the 32nd member of the 3,000-hit club. He went 1 for 4 as the designated hitter.

Pujols came up with runners on the corners and one out in the eighth and grounded into a double play.

Garrett Richards (3-0) struck out 11 in six innings and held San Francisco to two runs and five hits, with one walk.

The righty helped stop an embarrassing four-game pummeling. The Angels lost 8-1 to the Giants on Friday night after being outscored 27-3 in a three-game sweep by the Boston Red Sox.

Keynan Middleton got a four-out save, his fifth in as many chances.

All three Angels home runs were off Holland (0-3).

Trout homered into the rocks beyond the fence in center field an inning after nearly robbing Brandon Belt of a two-run homer. Trout's eighth homer, on an 0-1 pitch, tied the game at 2.

In the second, Trout leaped and had Belt's fly ball in his glove for a moment before it popped out when he hit the wall and it went over the yellow line. Pablo Sandoval was on second base after a strikeout-wild pitch followed by another wild pitch by Richards. It was Belt's fourth homer.

Marte homered with two outs in the second, his first.

San Francisco closed to 4-3 on Sandoval's RBI double with two outs in the eighth. After Belt was intentionally walked, Middleton came on and struck out Evan Longoria. Middleton allowed Mac Williamson's leadoff single in the ninth before retiring the side.

Giants: DH Buster Posey was a late scratch due to back tightness.

Angels: RHP Shoehei Ohtani is scheduled to throw a bullpen session Sunday, and the Angels should know if he's definitely good to make his next start after a blister on his right middle finger forced him out after just two innings against Boston on Tuesday night.

Giants: RHP Johnny Cueto (1-0, 0.45) is scheduled to start the series finale. Angel Stadium is the last current ballpark he hasn't pitched in. He's 1-0 with a 1.20 ERA in two starts against the Angels.

Angels: RHP Jaime Barria (1-0, 0.45) will be recalled from Triple-A Salt Lake to make his second start. He won his big league debut at Texas on April 11.