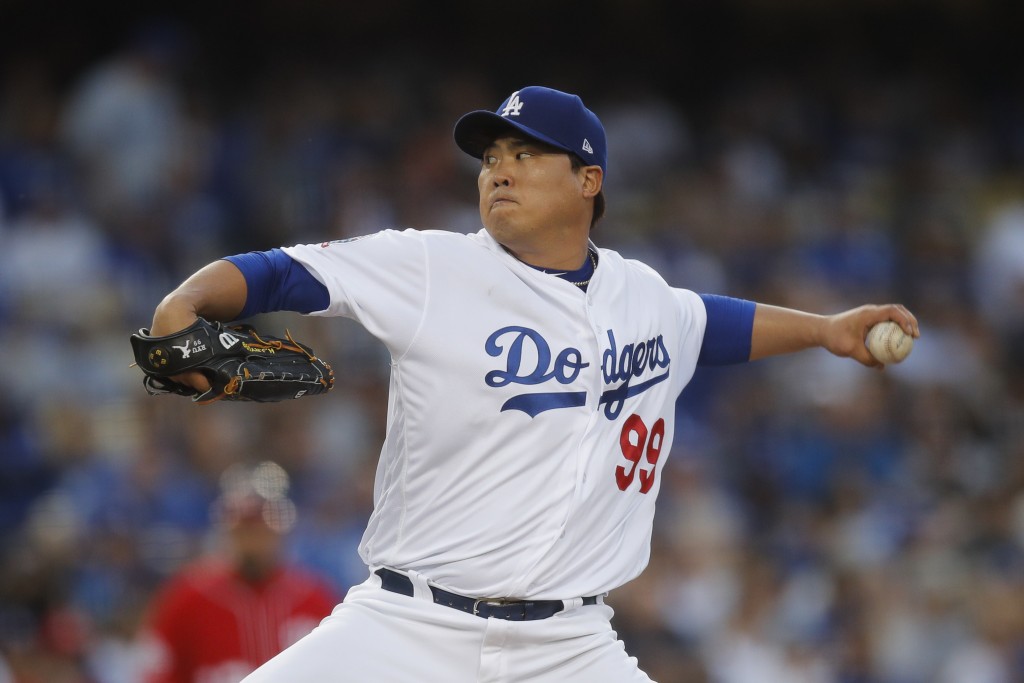 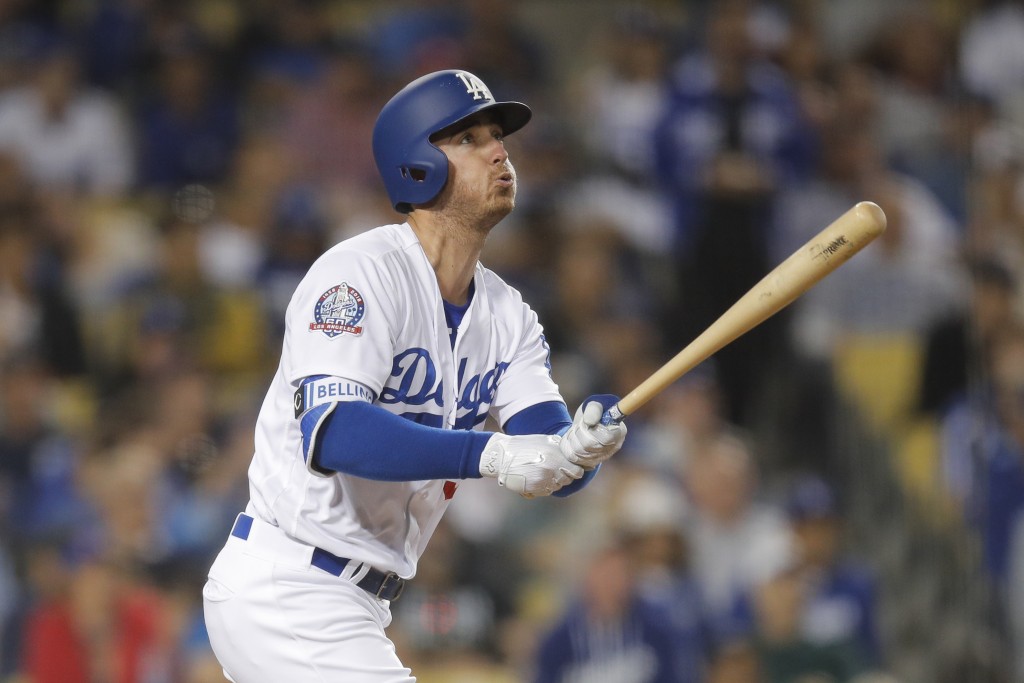 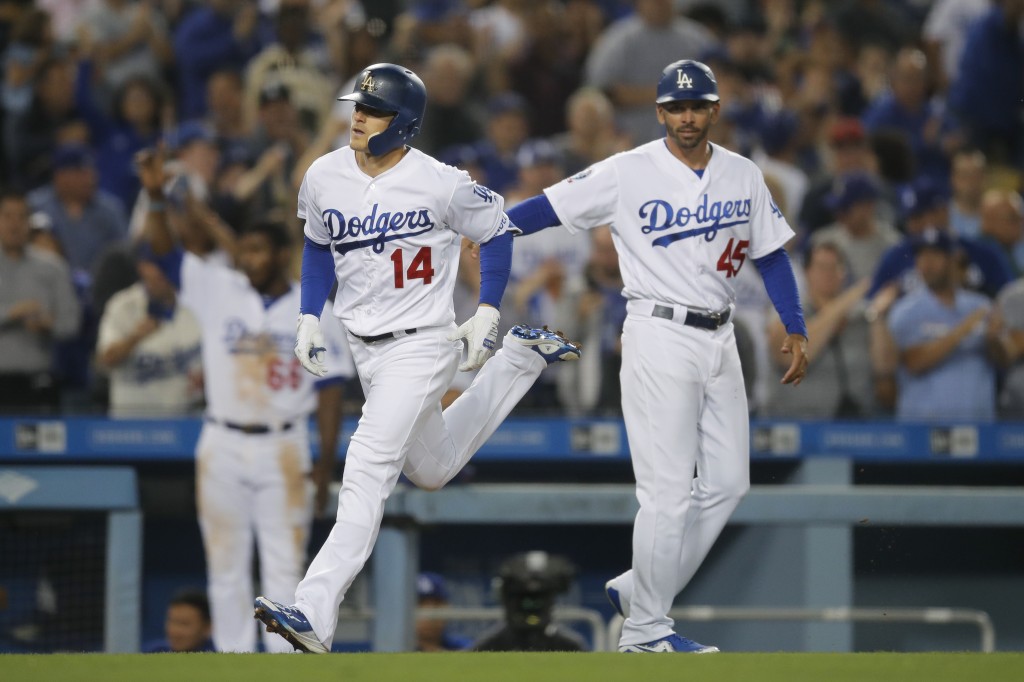 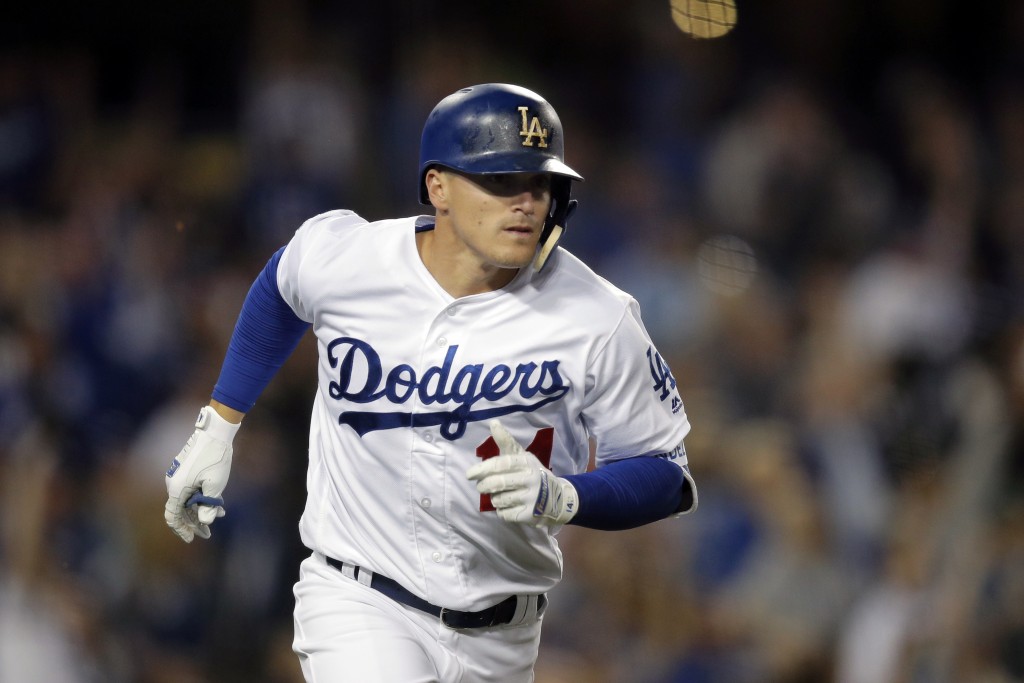 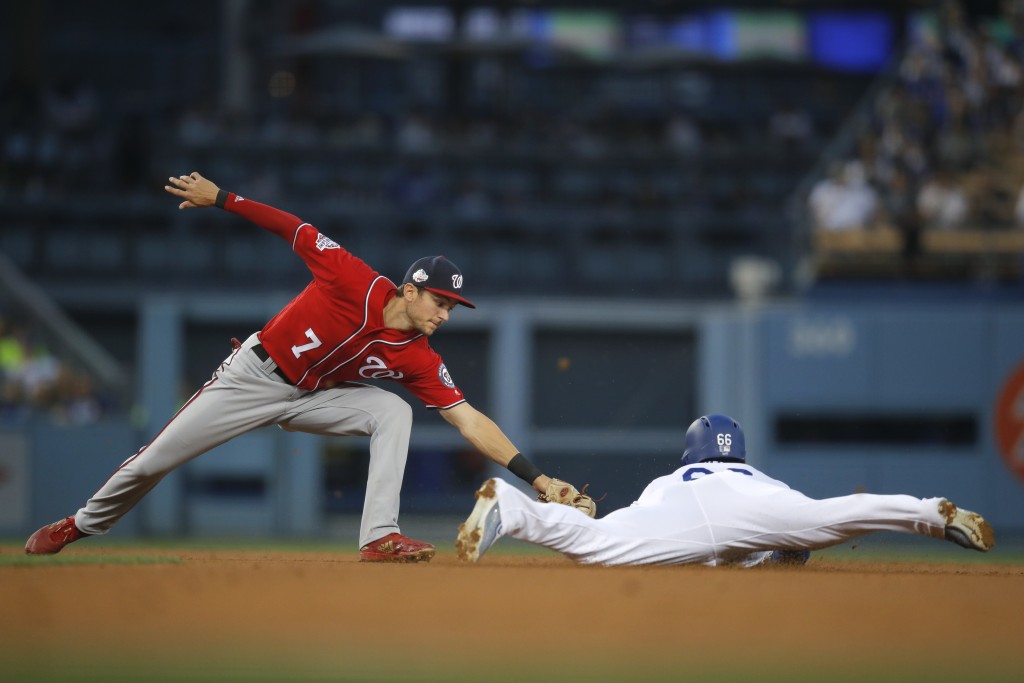 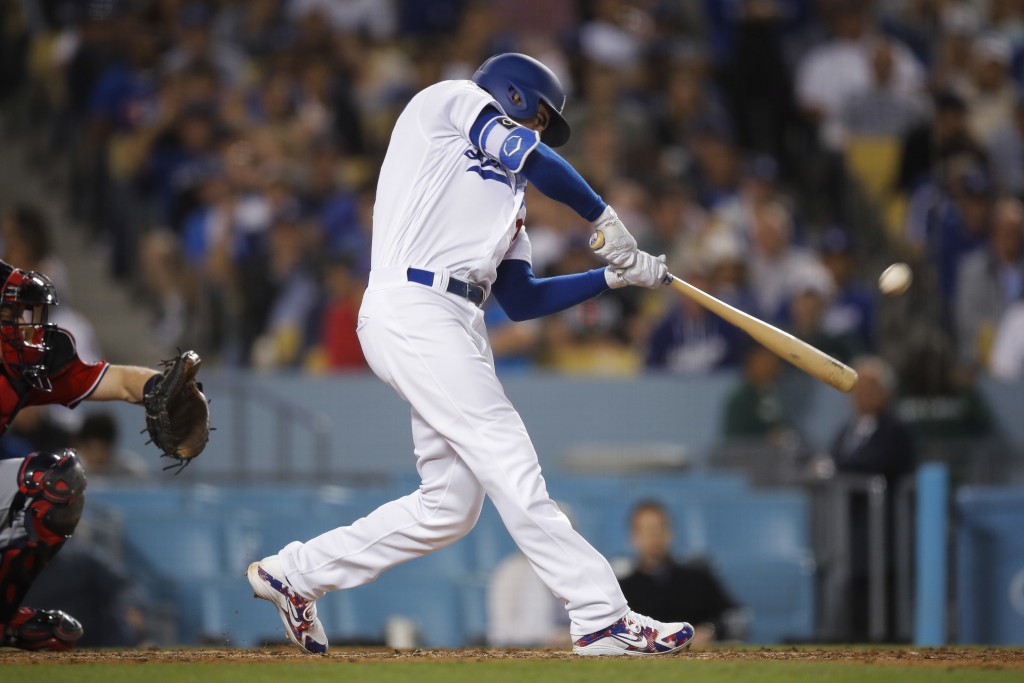 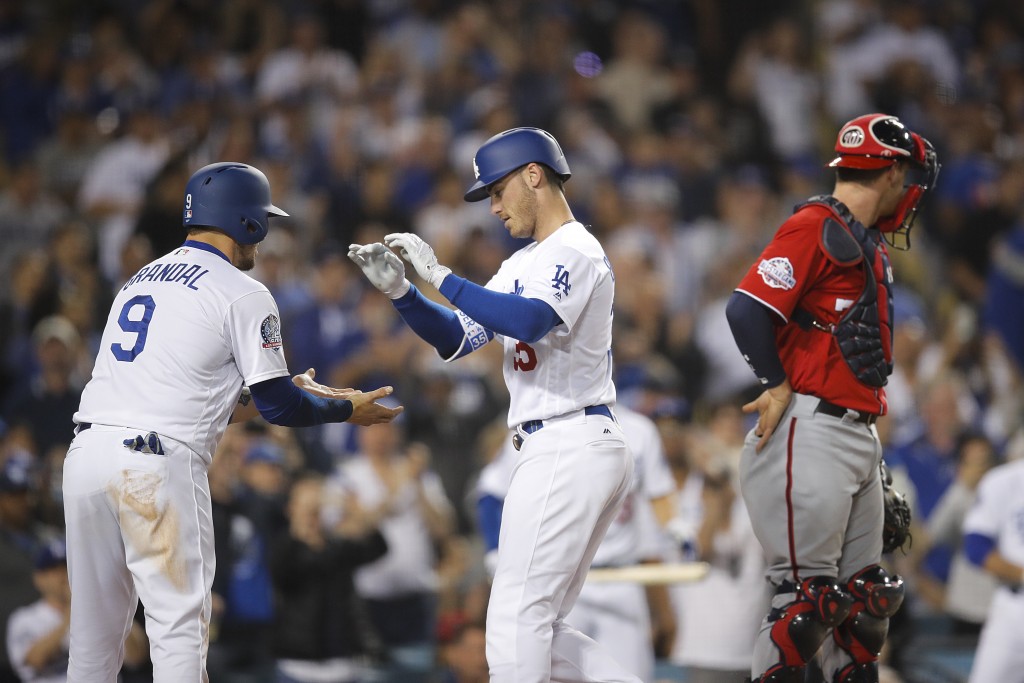 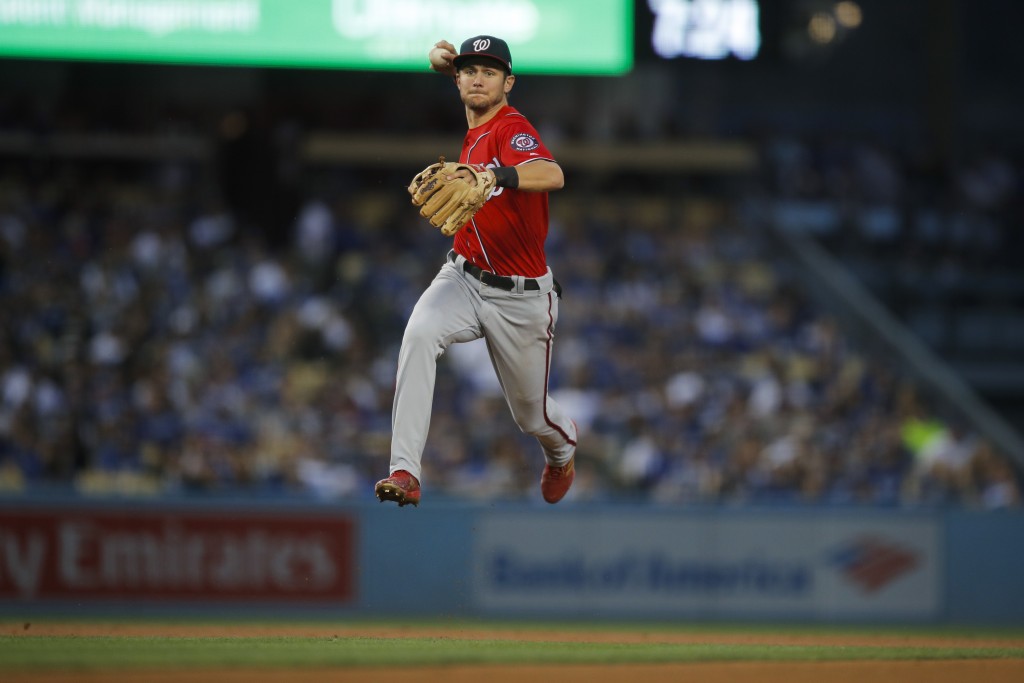 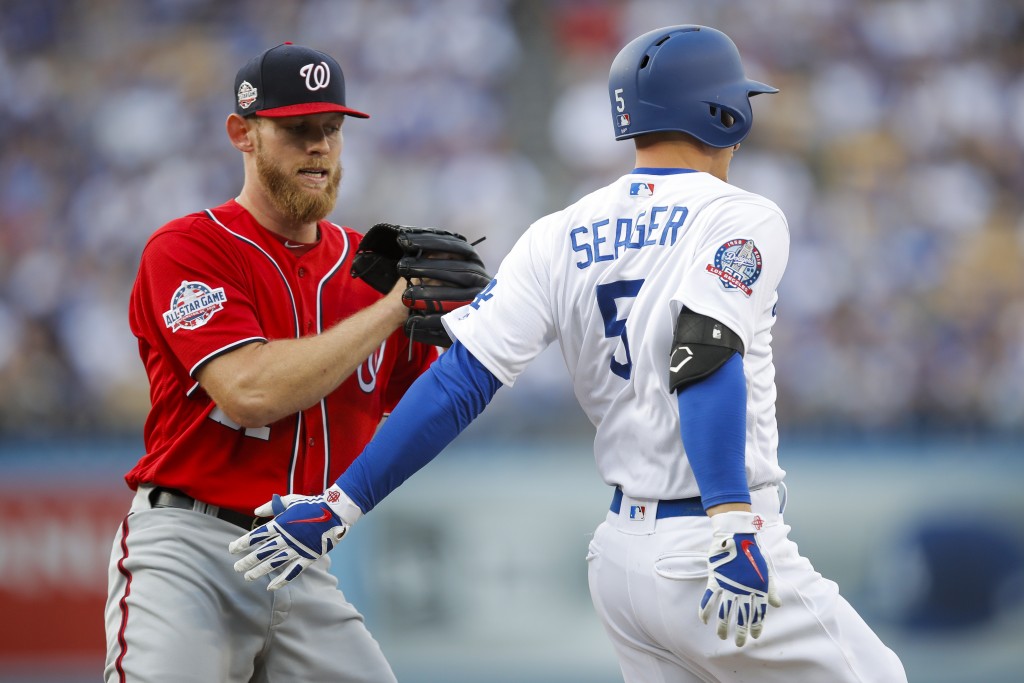 Ryu (3-0) struck out eight and walked two, Tony Cingrani pitched the eighth and Kenley Jansen got the last three outs to finish the shutout and give the Dodgers their fifth win in the last six games.

Pederson hit a 96mph fastball on a 1-0 count from Washington starter Stephen Strasburg (2-2) six rows into the bleachers in center field for his first home run of the season, staking the Dodgers to a 1-0 lead with one out in the second inning.

Hernandez made it 2-0 with two outs in the eighth, hitting a 1-1 pitch from Strasburg deep into the left-field bleachers for his third career pinch-hit homer, first since June 14, 2017.

Bellinger hit a towering two-run shot deep into the right-field bleachers off reliever Carlos Torres with one out in the eighth to make it 4-0.

The Nationals' only threat against Ryu came in the third inning when they loaded the bases with Trea Turner's one-out single and back-to-back walks to Bryce Harper and Ryan Zimmerman with two outs. Ryu ended the threat by retiring Moises Sierra on an easy grounder to shortstop Corey Seager. He retired the last 13 batters he faced.

Except for two pitches, Strasberg matched Ryu, holding the Dodgers to five hits over seven innings, striking out 10 with two walks, one intentional.

After the Dodgers loaded the bases with no outs in the sixth, Strasberg struck out Pederson, Bellinger and Matt Kemp to get out of the jam.

RYU ON A ROLL

Over his last three starts, Ryu has held opponents to two runs and six hits over 19 innings with 25 strikeouts and three walks.

Bryce Harper drew walks in his first two at-bats, giving him 11 in his last seven games, with at least one in each.

After 17 starts in CF, Chris Taylor made his first start of the season at 2B for the Dodgers. Taylor started 19 games at 2B last year before settling into an outfield role. "I want to obviously keep Chris in the lineup . I think it was more driven by getting Joc (Pederson) in there, trying to get him going a little bit," said Dodgers manager Dave Roberts, who added that Chase Utley will start at the position on Sunday. Pederson started in CF with a .176 batting average.

Nationals: LHP Matt Grace (strained left groin) was placed on the 10-day disabled list prior to the game. Manager Dave Martinez said the injury had been nagging Grace for 5-6 days, and flared up Friday against the Dodgers. RHP Trevor Gott was recalled from Triple-A. INF Anthony Rendon (day-to-day with toe injury) was available to pinch hit Saturday night.

Dodgers: For the second night in a row, Roberts declined to name his Monday starting pitcher, saying he'll wait another day. The Dodgers have been juggling their rotation since placing Rich Hill (cracked fingernail) on the disabled list on Wednesday, moving Clayton Kershaw, Ryu and Alex Wood each up one day. Roberts said RHP Kenta Maeda is set to startTuesday.

LHP Wood (0-2, 3.91) makes it three lefties in a row to start for the Dodgers in the three-game series against the Nationals. Wood will face RHP Jeremy Hellickson (0-0, 3.81), making his second start of the season.