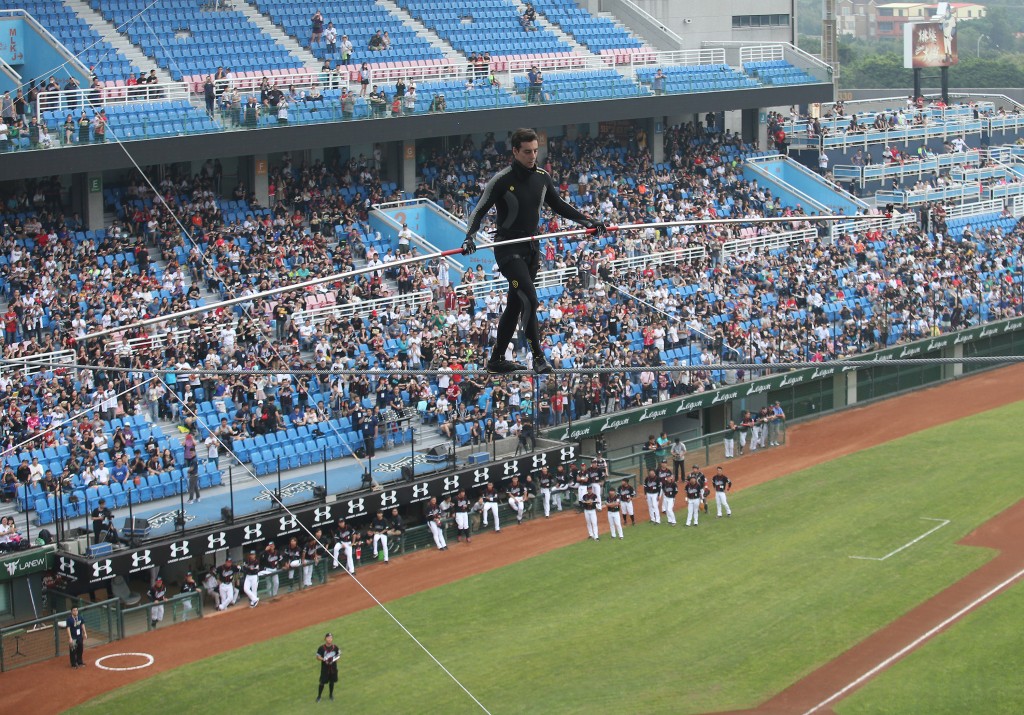 Zavatta walked atop a high wire spanning the length of third base to home plate. The audience was mesmerized as he dared to release his safety rope halfway through, leaving him untethered to maneuver midair above the baseball field. After throwing the first pitch Zavatta continued to dazzle by putting on a blindfold then walking backwards and standing on one foot, reported CNA. Saturday marked the first time Zavatta has ever performed in Taiwan or at a baseball game. Zavatta said that for this stunt, the most challenging part was accurately throwing the baseball while maintaining balance.

Zavatta grew up in a family of Italian circus performers, dating back over 200 years, and he first began performing acrobatics 10 years ago. He is married to a Taiwanese woman, and they are currently visiting the island for the birth of their child. The performer has earned several Guinness World Records, including the fastest backwards walk on a 100 meter (328 feet) tightrope and being the first person ever to walk backwards blindfolded on a tightrope between two hot air balloons.