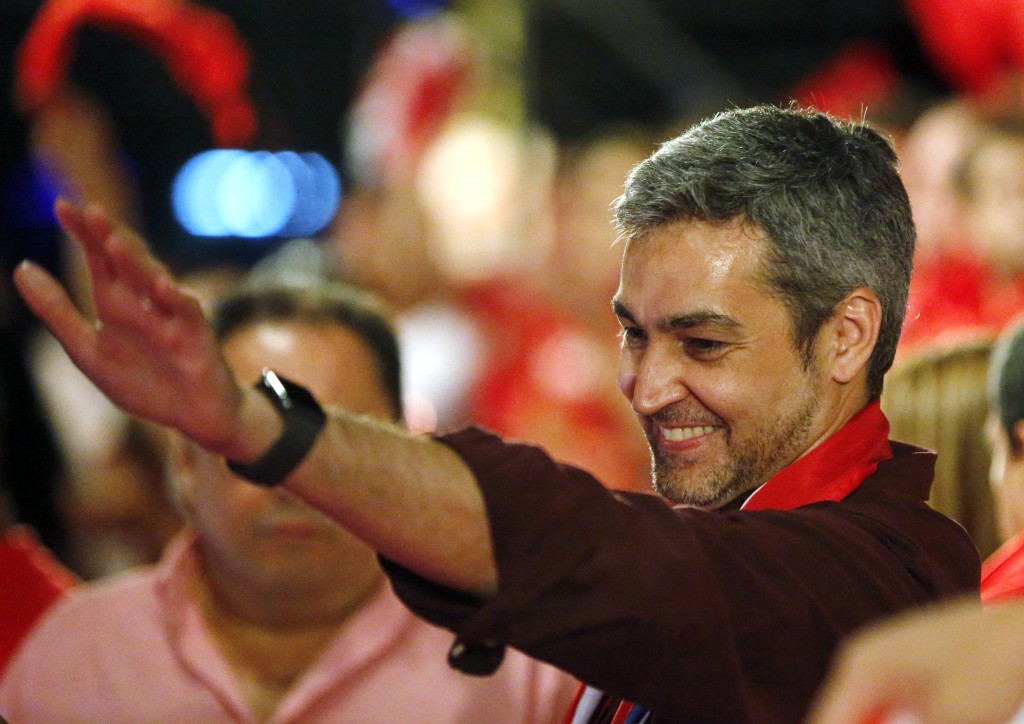 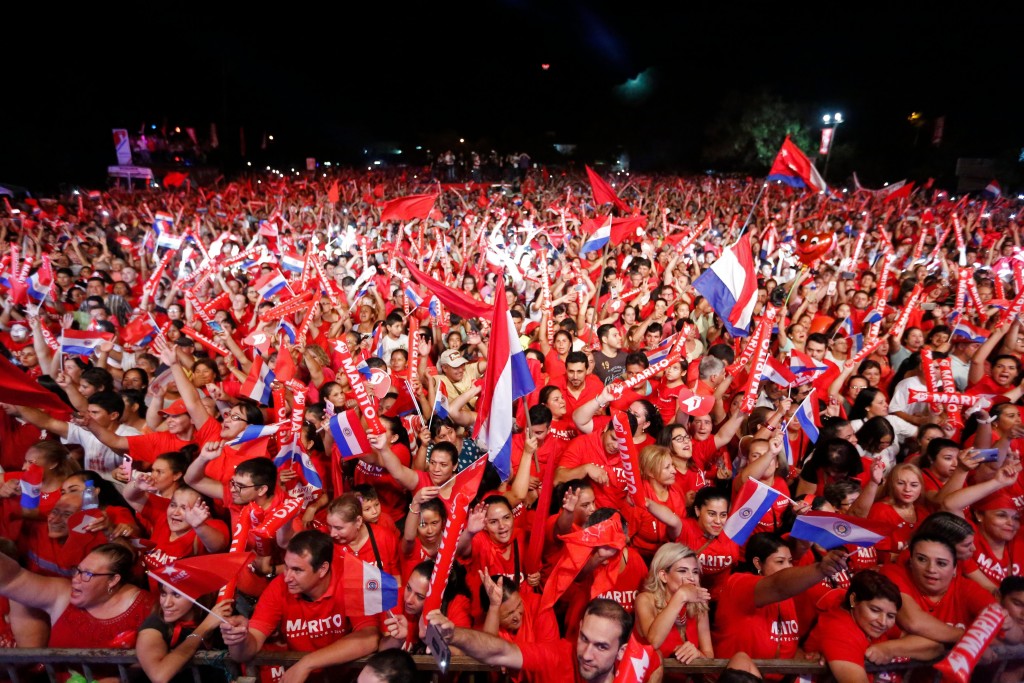 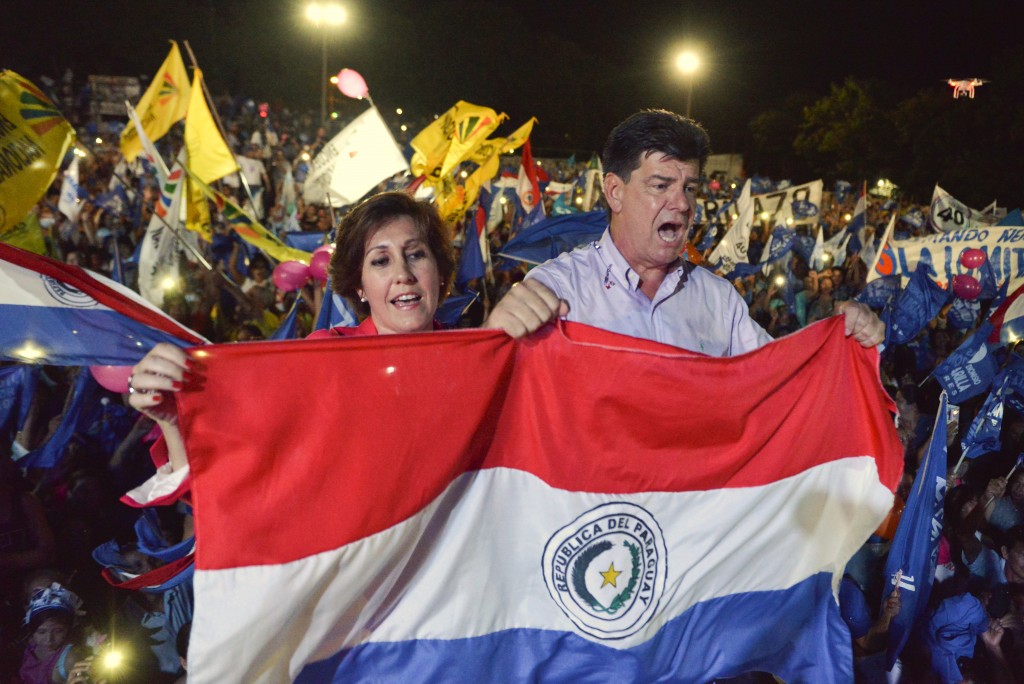 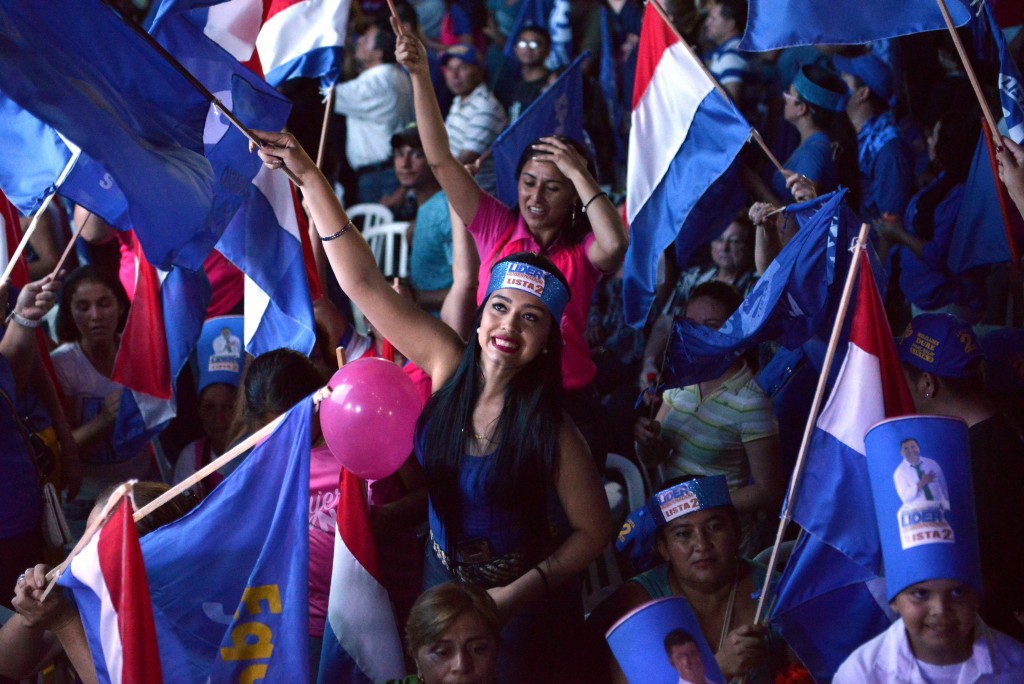 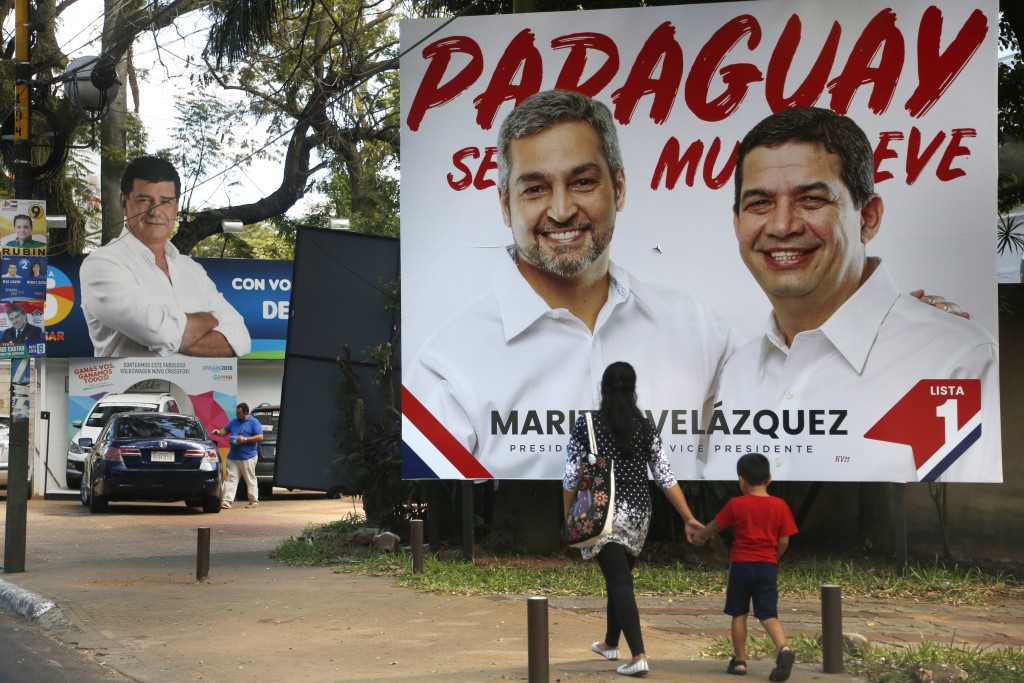 Mario Abdo Benitez's father was the private secretary of Stroessner, who ruled the landlocked South American country with an iron fist from 1954-1989. Known as "Marito," the 46-year-old Abdo Benitez is running for ruling Colorado party, which was once led by the late dictator.

A recent poll by the consultancy Grau & Asociados shows Abdo Benitez with 56 percent support compared to 31 percent for Alegre. The survey was carried out from March 27 to April 8, and had a margin of error of 2.5 percentage points.

Both candidates have similar platforms, promising to attract foreign investment to create jobs in an economy that has been one of the fastest-growing in the region but still suffers from high poverty levels and extreme inequality.

"I promise that when I am president I will honor the vote of the people, strengthening institutions to fight the greatest vices of democracy: corruption and impunity," said Abdo Benitez.

The candidates are also both strong critics of sex education and abortion in one of the most socially conservative countries in Latin America. While some countries in the region allow same-sex marriage, a lack of legal protections and prevailing machismo continue stoke discrimination against Paraguay's LGBTQ community.

Just months before he was elected in 2013, now-outgoing President Horacio Cartes compared gay people to monkeys and said he would rather shoot himself in the testicles then see his son married to a man. Cartes later apologized, but the comments did not appear to hurt his political career.

Abdo Benitez went to college in the U.S., and in the late 1990s he founded a company in Paraguay that sold asphalt to state contractors. He won a senate seat in 2013 and in 2015 became president of the country's senate.

He has said that he tries not to talk about the role his father played in Stroessner's brutal regime because his political movement wants to look forward and not to the past.

"I have the best memories of the Stroessner family," he said last year in an interview with the Paraguayan newspaper Ultima Hora. "I was young when the democratic process happened. In our movement we have people who were persecuted during that time and today they trust me because I built my own identity. You don't choose where you're born, although I don't disown my origins."

"I'm proud of my father; he was a great family man, and an extremely noble man," he said.

Sunday's election will also renew all seats in Congress, and 17 governorships nationwide. The new president takes office on August 15.