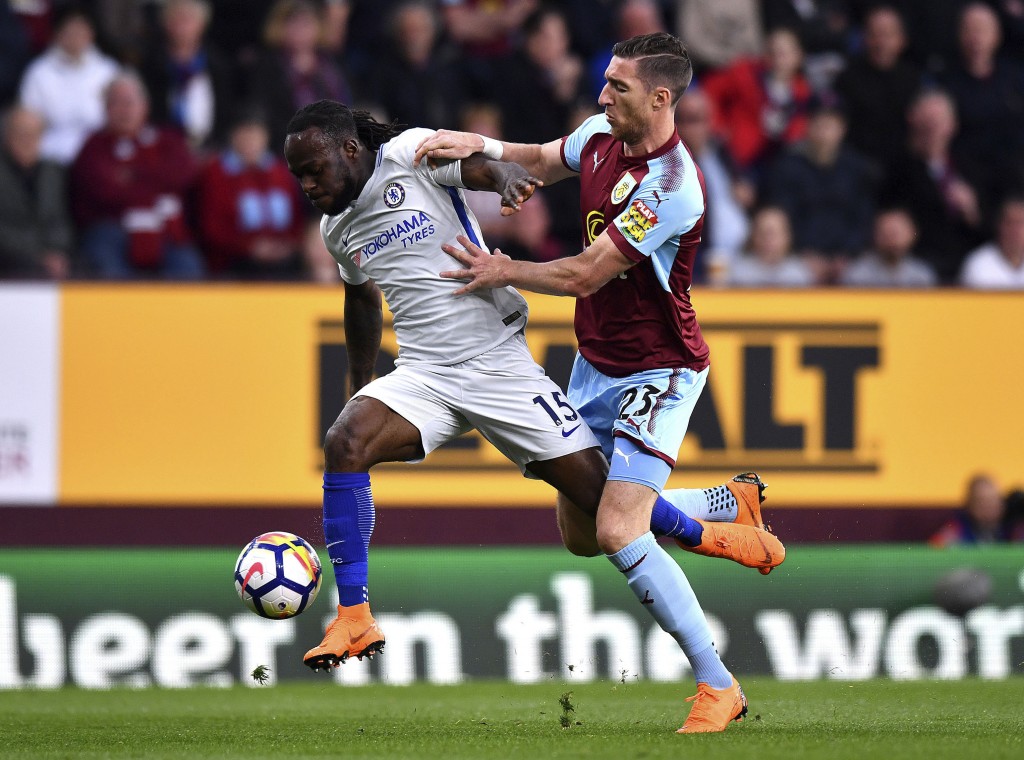 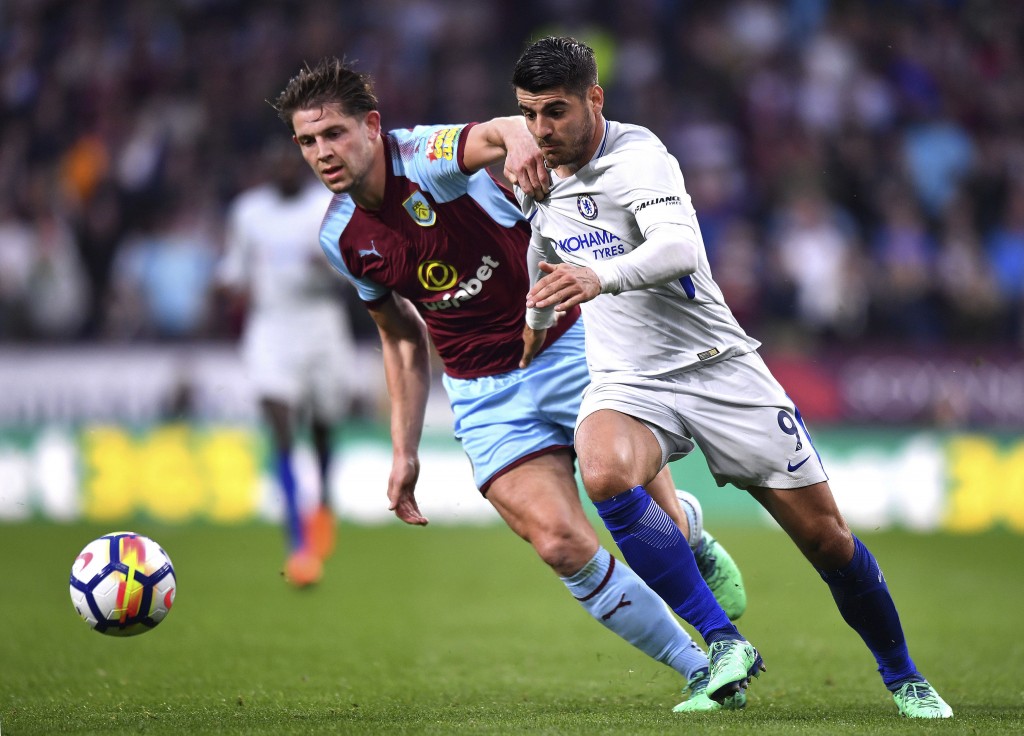 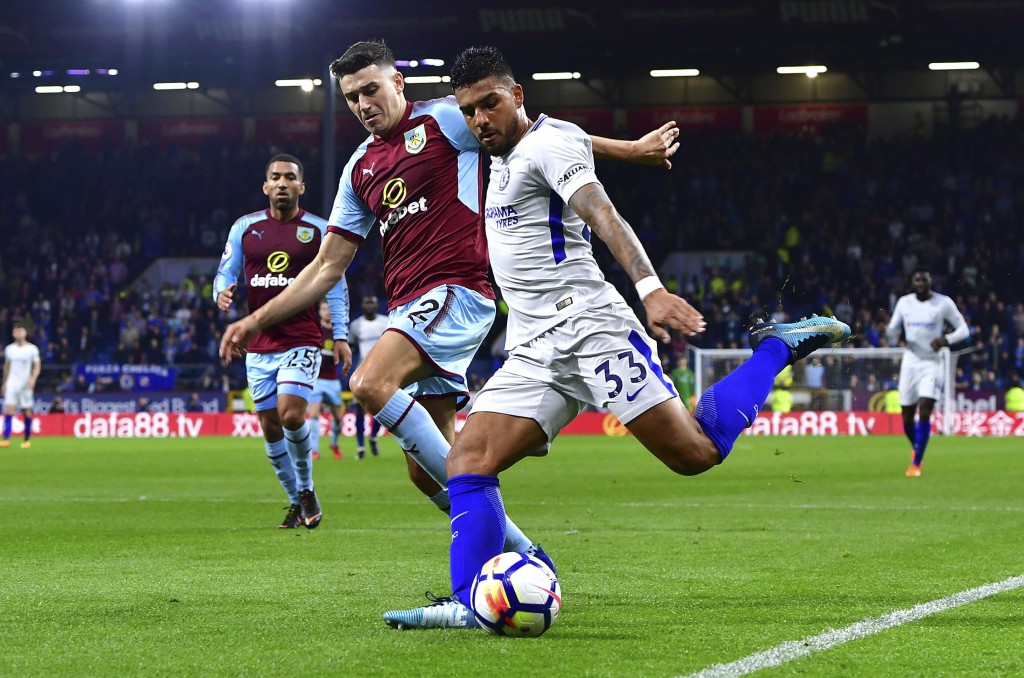 LONDON (AP) — Victor Moses has not touched the heights he did in Chelsea's Premier League-winning campaign last season but he was back to his best on Thursday.

The Nigerian international set up the first goal and scored the second himself as Chelsea won 2-1 at Burnley to move within five points of London rival Tottenham, which occupies the fourth and final Champions League qualification place with four matches left.

In the night's other match, Southampton was unable to ease its relegation worries after a 0-0 draw at Leicester.

Chelsea, which meets Southampton in Sunday's FA Cup semifinal at Wembley eight days after beating the same opponent 3-2 in the league, took control early on at Burnley and it came as no surprise when Antonio Conte's men went in front after 20 minutes.

Moses, who performed so well last season after being converted from a winger to a fast-raiding wing-back, was sent galloping clear down the right and when goalkeeper Nick Pope failed to get a hand on his cross, defender Kevin Long turned the ball into his own net from close range.

Chelsea fielded two centre-forwards — Alvaro Morata and Olivier Giroud — in tandem for the first time in seven years and the duo linked well.

Morata should have made it 2-0 in the second half when he sprinted clear of the Burnley defence but the Spain striker missed the target with only Pope to beat and was soon replaced by substitute Eden Hazard.

The home team made Chelsea pay for that mistake when Ashley Barnes deflected Johann Berg Gudmundsson's long-range drive beyond goalkeeper Thibaut Courtois in the 64th minute.

Moses, however, settled Chelsea nerves in the 69th minute when he beat the unsighted Pope at his near post with a firm right-footed shot from 10 meters.

Seventh-place Burnley missed the chance to leapfrog Arsenal in the standings but remains in a good position to qualify for the Europa League.

NO JOY FOR HUGHES

Southampton snapped a four-match losing run but its 0-0 draw at Leicester did little to ease the club's relegation fears.

Mark Hughes' team is four points adrift of fourth from bottom Swansea, which has played one game fewer, and five behind next-best Crystal Palace.

Dusan Tadic went close for Southampton early on and the visitors should have done better with two chances late in the first half.

Cedric Soares missed the target with a volley from Shane Long's far-post cross before Long failed to make the most of a potential two-on-one opportunity, misplacing his pass to Tadic.

The draw halted back-to-back losses for Leicester, which remained eighth.