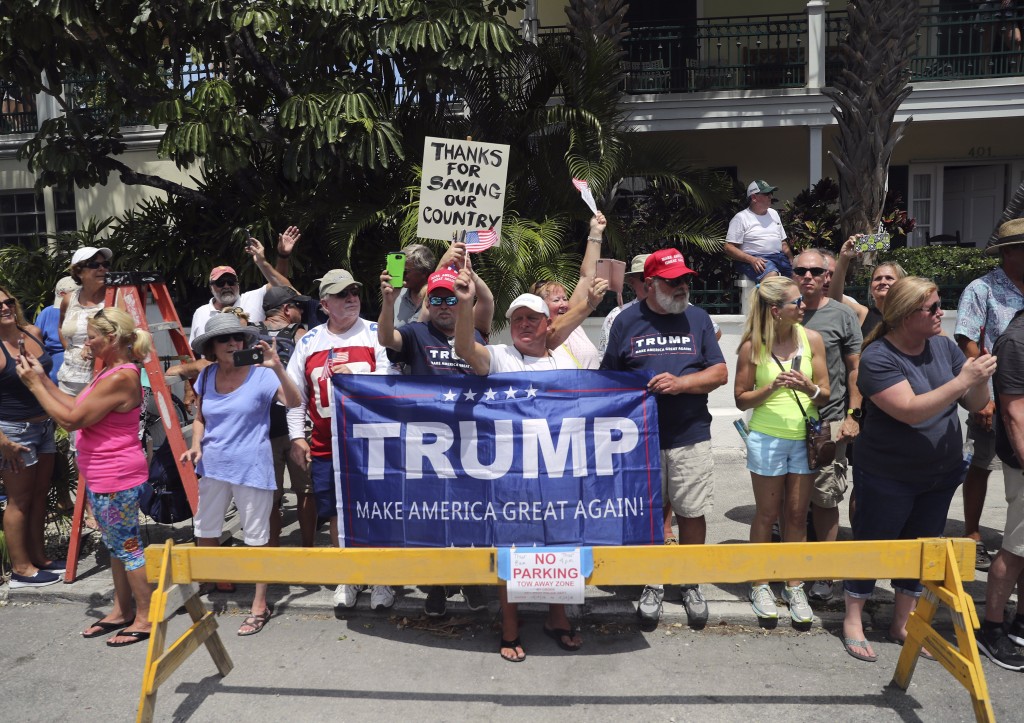 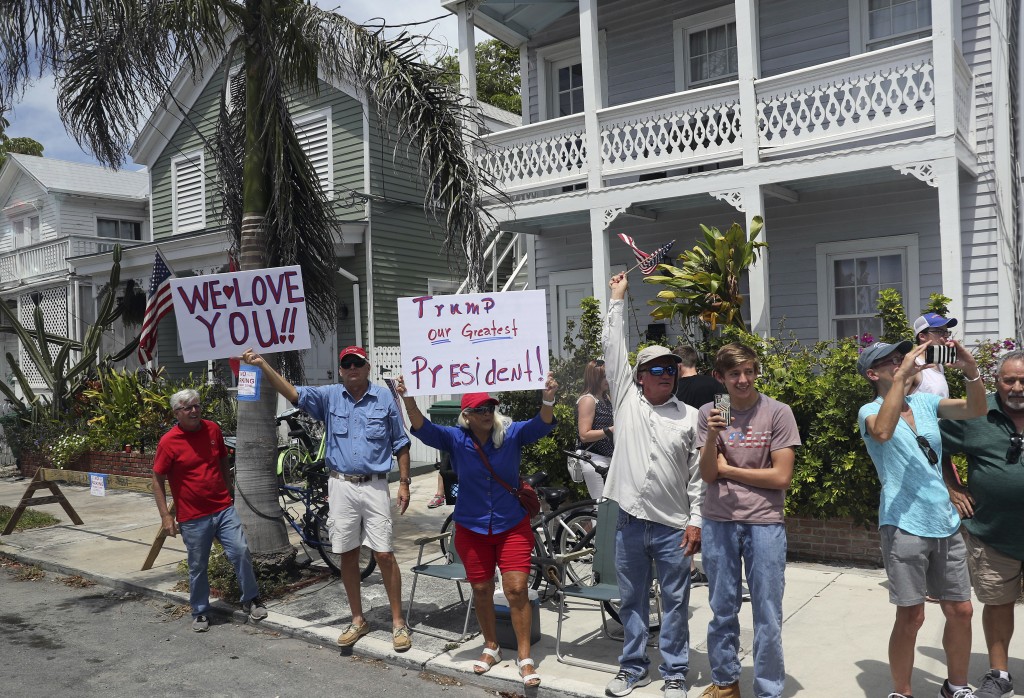 Crowds are lining the streets of Key West, Florida, as President Donald Trump attends a briefing on combatting drug trafficking.

Hundreds of people gathered along the motorcade route, waving colorful signs applauding and insulting the president, and cheering or booing as he passed.

Some signs fit for a family audience said, "You're fired" and "Thanks for saving our country." There was also, "Slimeball go home."

Trump traveled from Palm Beach on Thursday to be briefed by the Joint Interagency Task Force South, the agency charged with detecting and monitoring drug trafficking by sea, air and online.

President Donald Trump is on his way to Key West, Florida, where he'll get a briefing on drug interdiction.

He'll be joined by his homeland security secretary, the acting director of the Office of National Drug Control Policy and other top aides.

Trump has made it a top priority to crack down on the import of illegal drugs. He argues that a wall is needed along the southern border to stop drugs-smuggling from Mexico.

But he's spoken less about drugs that come through the country's ports and through the mail.

Trump has spent the week in Palm Beach, Florida.