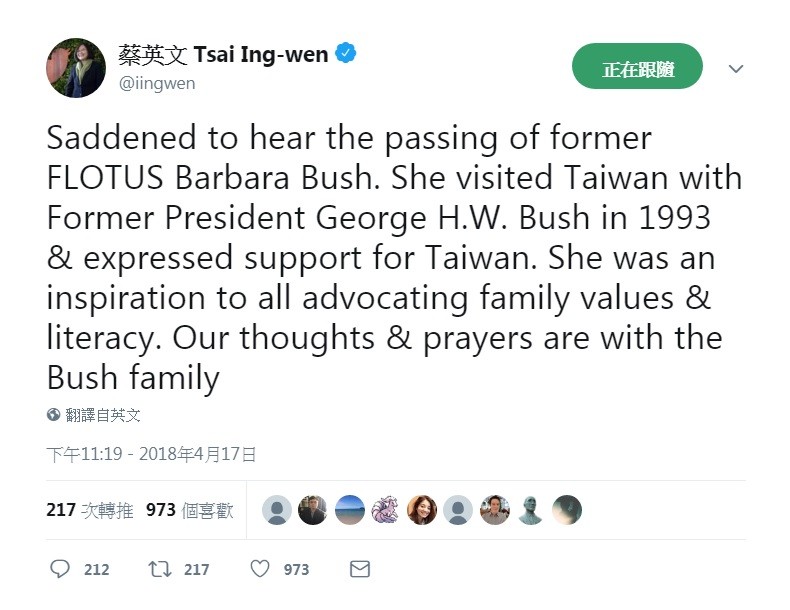 TAIPEI (Taiwan News) -- President Tsai Ing-wen (蔡英文) tweeted her condolences and expressed her grief to the Bush family after the news broke of the demise of former United States First Lady Barbara Bush.

"Saddened to hear the passing of former FLOTUS Barbara Bush. She visited Taiwan with former President George H.W. Bush in 1993 & expressed support for Taiwan. She was an inspiration to all advocating family values & literacy. Our thoughts & prayers are with the Bush family," tweeted President Tsai. Barbara Bush, who was First Lady from 1989 to 1993, passed away on Tuesday at the age of 92. She was the matriarchal figure of a political dynasty that included two presidents - her husband George H.W. Bush and son George W. Bush.