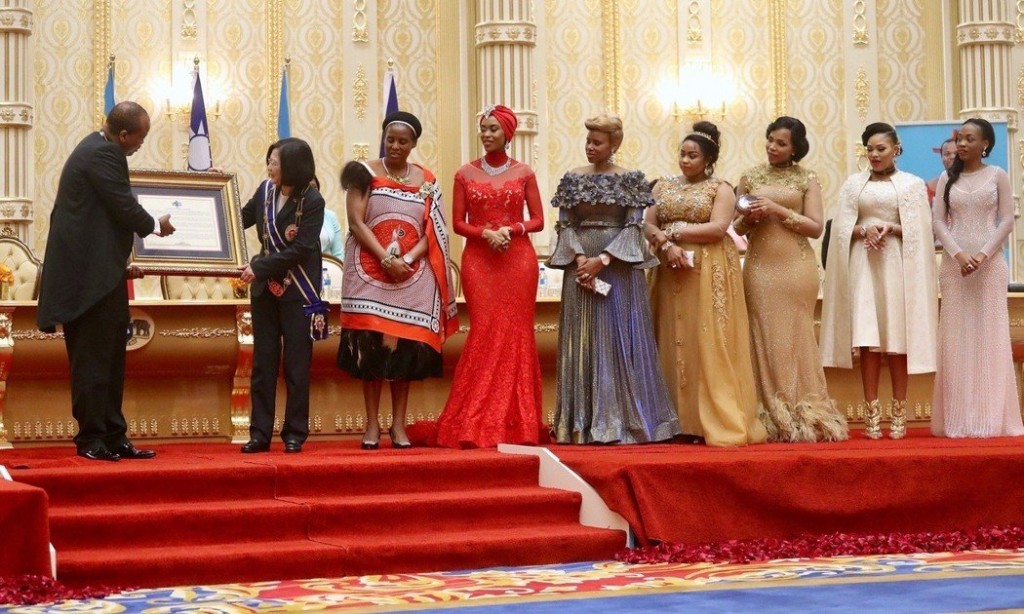 TAIPEI (Taiwan News) — Taiwan President Tsai Ing-wen met with the King of Swaziland, King Mswati Ⅲ, and seven of his 15 wives, at a state banquet held in Tsai’s honor April 17.

At a bilateral meeting earlier in the day, the two leaders signed a joint communiqué outlining their commitment to fostering stronger collaboration in trade, education, and tourism. A notable moment of the evening was just before dinner when the King conferred the Medal of the Order of the Elephant to Tsai, who was joined on stage by the King's wives.

After being presented with the Medal, Tsai turned to shake hands with two of the wives, according to UDN. The 50-year-old King practices polygamy and currently has 15 wives and 30 children. The seven wives present on Tuesday are part of a “team” who typically participate in formal occasions.

According to Swaziland tourism website, Umhlanga is Swaziland's best known cultural event, lasting from the end of August to the middle of September. In this eight-day ceremony, young girls cut reeds, present them to the Queen Mother (Indlovukazi) to repair the windbreak around her royal residence and then dance in celebration. Up to 40,000 girls take part, dressed up in bright colors, making it one of the biggest and most spectacular cultural events in Africa.