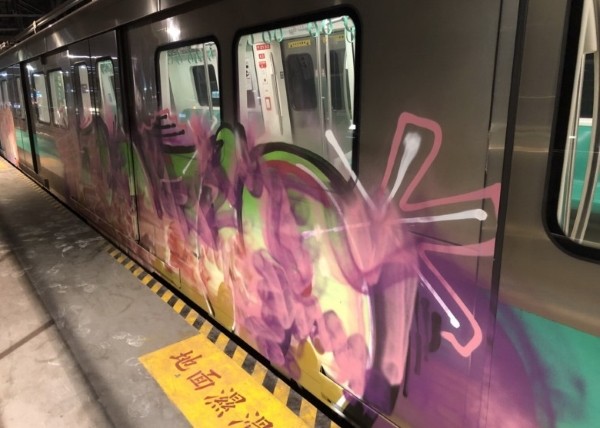 On the morning of April 12 at 5:17 a.m. staff at the Kaohsiung Rapid Transit System's Daliao Machine Factory were shocked to find two MRT carriages had been spray painted with three large graffiti patterns. After calling the police, surveillance footage revealed three blurry figures hopping over a wall and opening a window to sneak in and douse the cars in spray paint.

Police identified the three suspects as three male Spanish nationals all over the age of 30, who were accompanied by one Spanish female. Prior to their trip, they posted on a Tumblr page that they would come to Taiwan and Hong Kong to "create." On April 5 the four flew from Hong Kong to Taiwan's Taoyuan International Airport. Early in the morning on April 11, they stayed in a "Freedom Hostel" in Kaohsiung's Xinxing District and it was early that next morning that they entered the factory to spray graffiti on the MRT carriages.

Two days later, the four took a plane from Taoyuan International Airport to Hong Kong. Police said that the three men wore masks, long sleeve shirts, ball caps and carried backpacks. When they left the scene of the crime, they walked on foot for four kilometers. As they left the scene, they dodged surveillance cameras and deliberately took alleys that did not have such cameras. When they reached a park in Daoliao District they took off their jackets and changed their clothes, before proceeding to the back of Fooyin University where they walked around the campus before going out the front gate.

When they saw the guard at the gate, they pretended to be doing morning exercises, and then took a taxi. Police questioned the taxi driver who said that the men wore ball caps and masks and did not talk much. He said they used a translation app to communicate with him and said that they wanted to go to the Kaohsiung Train Station. Once they got to the train station, they took off their masks and police could finally tell from the surveillance footage that they were foreign nationals. They then contacted managers of accommodations in the surrounding area and then pinpointed the hotel that they stayed at.

Police said that it appears the vandals spent a lot of time planning the graffiti and their escape route in advance. Police suspect that it was a premeditated crime with the objective of enhancing their reputation among their circle of graffiti fans.

According to police, the vandals violated Article 50 of the Mass Rapid Transit Act (大眾捷運法) and could face a fine of NT$10,000 (US$340) to NT$50,000 if caught. Police said they also inflicted damages under criminal law.

Although the three men have left the country, the case was still sent to the Prosecutor's Office for further investigation. Diplomatic authorities have also been contacted for assistance and the three will likely be blocked from entering Taiwan again.

After learning about the progress of the investigation, the Kaohsiung Rapid Transit Corporation (KRTC) expressed its gratitude to the police for their hard work and active investigation. It also expressed condemnation and regret about the graffiti incident.

KRTC officials emphasized that artistic creations should be placed in a suitable place and should not involve intruding on private property. They also emphasized that the factory was a restricted area because of moving machinery and high-voltage electricity.

It took over 150 KRTC employees to restore the carriages to their original appearance before the vandalism occurred. In the future, the KRTC is considering adding electric fences and stepping up patrols to prevent similar incidents from happening again. 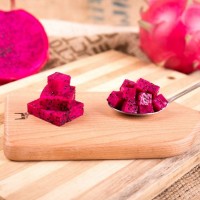