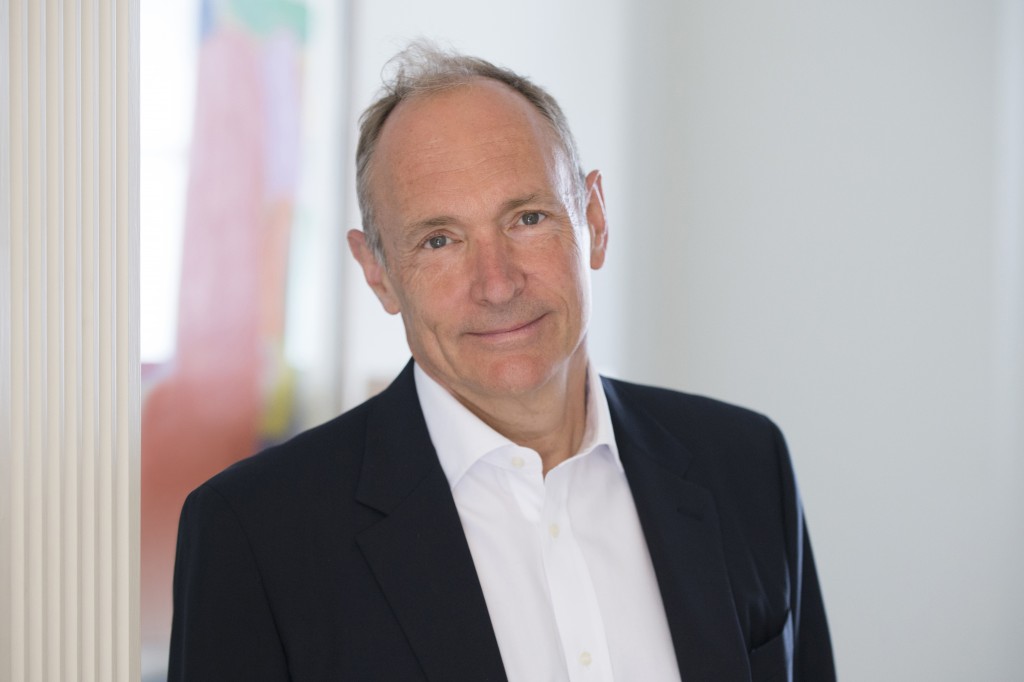 SAN FRANCISCO (AP) — Tim Berners-Lee gave away the technology that he used to invent the World Wide Web, so it's not surprising that he's worried about the current state of the internet as Google, Facebook and Amazon become increasingly dominant in the digital world.

When the web turned 29 years old in March, Berners-Lee shared some of his concerns in an annual letter that he writes as a director for the World Wide Web Foundation, an organization he founded to ensure the internet remains accessible to everyone. He expanded on why we should be worried about digital monopolies in an interview with The Associated Press.

The interview was conducted a few weeks before Facebook's current privacy scandal, one triggered by revelations that its social networking service allowed a political data-mining firm to gain access to the information of millions of its users.

It has been edited for clarity.

Q: What are your biggest concerns about the internet?

Bullying and fake news are getting worse. (And) a monopoly messes up a market, it tends to hit innovation. I think there are some people that are worried about the fact that there is a monopoly in search, social...

Q: And in commerce?

Pretty much.... It is really hard for people to think about how to make progress to design new systems without involving the incumbent.

Q: Do we need regulations imposed on Google, Facebook, and Amazon because of the power of their networks?

Q: What do you think of the argument that these companies have become modern-day trusts and it might make sense to break them up?

Anyone should always become concerned about a monopoly stifling innovation. It was an issue with AT&T, not to mention Standard Oil. When the web started, it was actually (browser pioneer) Netscape that was dominant. Now people don't worry so much about the browser. They worry more about the search engine. Except for the people that don't worry about search engines at all because they worry about the social network.

In other words, whenever there is a monopoly, it's a threat. But on the other hand, you also may find in a couple years, that when you look back and what you thought was the dominant threat has finally been replaced by something else on another axis.

Q: Do you think that is still possible for that to happen, with the all the power that these networks have accumulated?

A: I am concerned, partly because it means the ability to change the web for the better is limited to the labs of those particular companies rather than to the community at large. I think there is a danger that ... in the next 10 years we end up with the same dominant players that we have today because that is the way market domination works.

Q: Are you feeling better or worse about where the web is today compared to a year ago?

I think about the same as a year ago. A couple years ago, I was very disappointed with the whole fake news thing. We are finding out a lot more about the malicious manipulation of content, which we always suspected but it's now coming out in the open. It's all pretty depressing when it comes to the web not being in a functional way of serving humanity.

Meanwhile, I feel a big backlash coming about personal data. I talk to people about projects on how to manage their personal data and people get very excited about that. It's just not people like you and me that think of things like this all the time. All kinds of people are thinking about it. To some extent, we may see a backlash, we may see a revival of a sort of a more utopian push saying, 'No, this isn't the world I want, we can do better.'

The web was actually more exciting when we were all watching blogs and linking to each other's blogs and ended up reading the best blogs because you follow all the best links and so on. It was great, and we can do that again.